Saturday night a group of cars, made before 1972, came through Jacksonville on a long rally from Maine to The Villages, south of Ocala.  They were taking around a week to complete the ride.

I missed Saturday but was up early Sunday and saw in the paper that they would be leaving downtown at around 7:00.  So I hopped on Rocket and headed down at around 6:45.  I found them a little spread out but mostly around the Hyatt downtown.

I spoke at length with one participant who said he knew almost nothing about it before entering.  He found that the hardest part was the navigating with the directions given.  They had many turns with the directions not the easiest to follow.  GPS not allowed.  But he also said some teams were spot on the designated time.

The cars were cool and the participants appeared to be having fun. 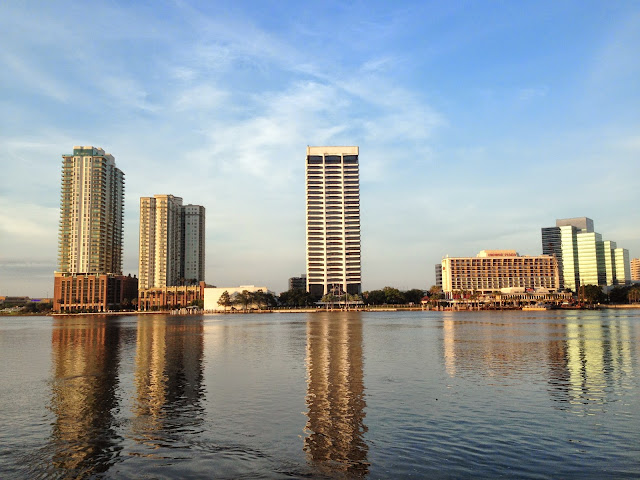 It was a beautiful morning 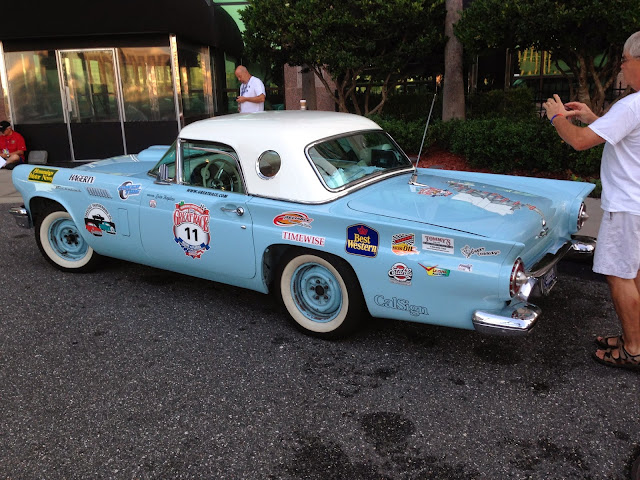 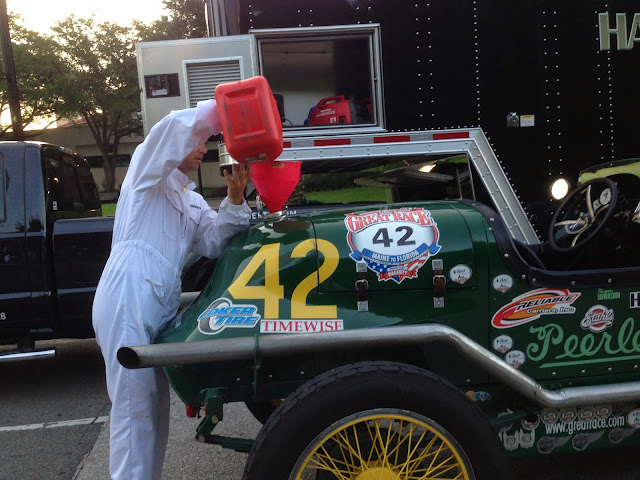 Fueling on the street 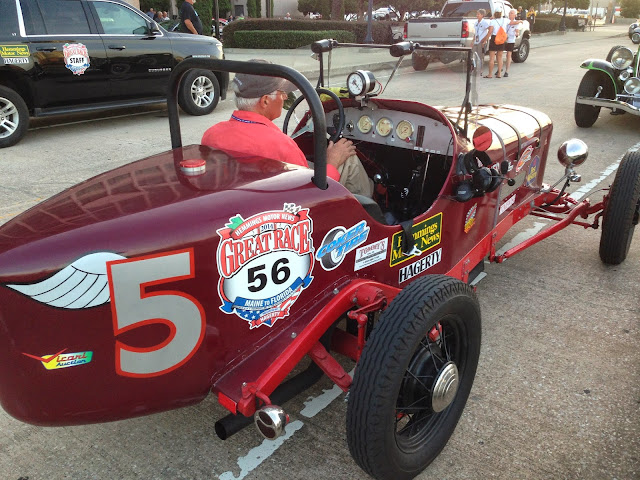 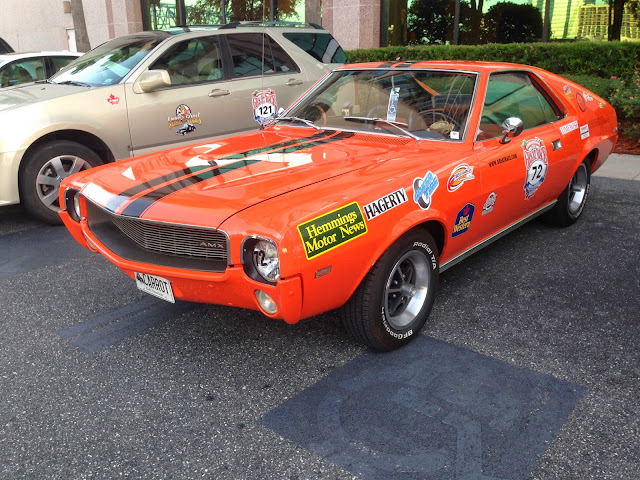 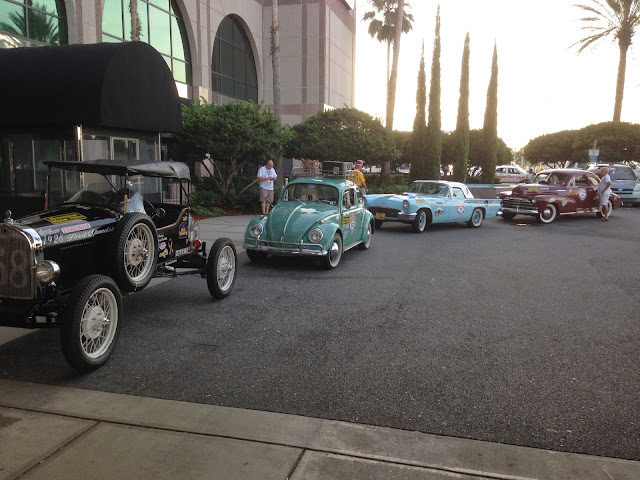 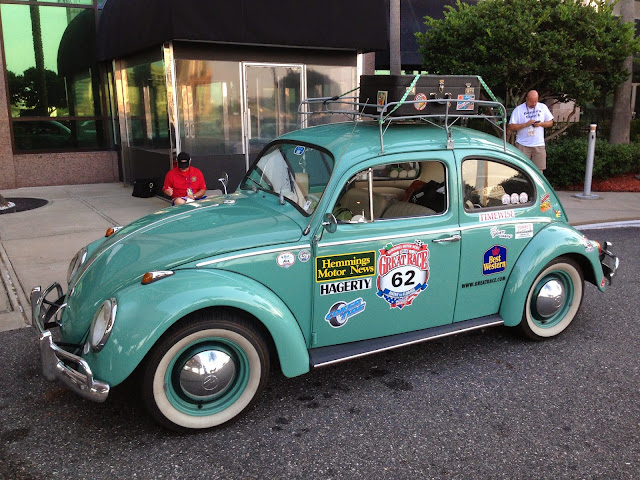 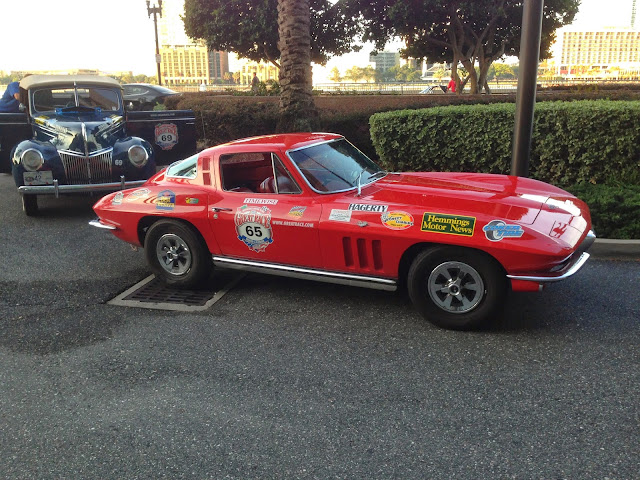 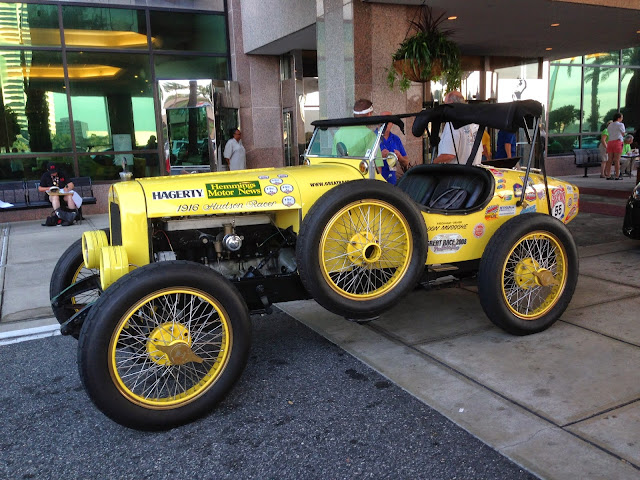 Hagerty and Hemmings must have been sponsors 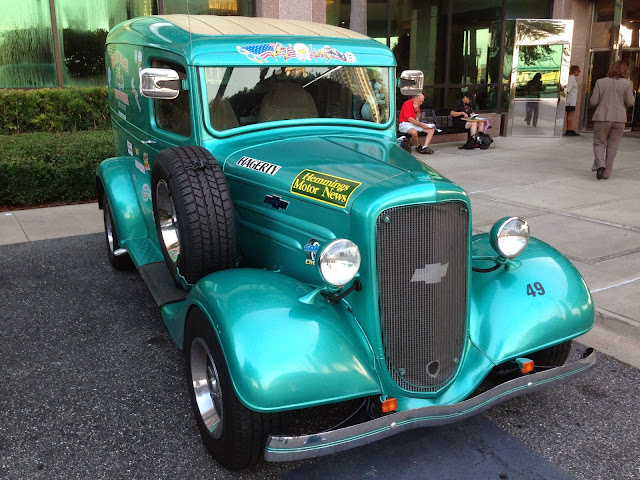 Even a Hot Rod

Posted by Bill Leuthold at 6:30 PM