Because I guessed wrong and found no room at the inn, I had to brave the wind and ride two miles west to my hotel, Single Tree Inn.  It was a miserable two miles with the wind last night and the bad planning evident today.

I found that Google showed no gas stations where I needed them for this day, so I resolved to get a larger spare tank to carry.  I approached Ken, who had a 2 1/2 gallon tank handy and he agreed to let me use it.  So, after finding the wind had subsided to a light wind from behind, I followed the official route east first, then south to Liberal, Kansas.  From Liberal I continued along the route to 270 where I found a gas station that was not shown on Google.  But I continued with my plan and ran the gas down to almost empty, stopped along the way and filled the tank with Ken's spare in three or four minutes.  On again, knowing that I could stop for gas in any of the stations within a fifty mile range, I could hightail it to the next one.  I ended up stopping at a gas station at Checkpoint three, filled the tank quickly and moved quickly to the finish.  The fastest way there was to take I-40 into Oklahoma City, then I-44 and I-240 around to I-35 to the hotel.

Binh, DaBinChe on the forums, approached me saying he would take the route and questioned my decision to take the highways, abandoning the true route.  So I told him that everyone was taking my route and said he should as well.  It turned out that he did take it, even though he could only go 55 to 60 mph, and was actually illegal for the roads.

One unusual turn was my GPS for the first three quarters of the day.  At the first stop I turned the engine off.  That turns off the GPS.  When I restarted it came up in the vertical position, sideways and not what I prefer.  I thought I would restart it to see if it would go to horizontal.  It came back a black lifeless screen.  but I noticed a dark image in the screen so I hit that and the map came on, but very dark.  I rode like this until the next stop when, while fiddling with it, it came back to normal brightness, but still vertical.  Why does this happen to me.

The highways were fun for me as once I turned onto I-44, nobody passed me to the hotel.  I rode like the wind, passing everyone along the way. That was fun.

I arrived and found only a few scooters there and knew that they left much earlier than I had left.  Rocket and I had the best score on the leg, the third time this would happen on the run. 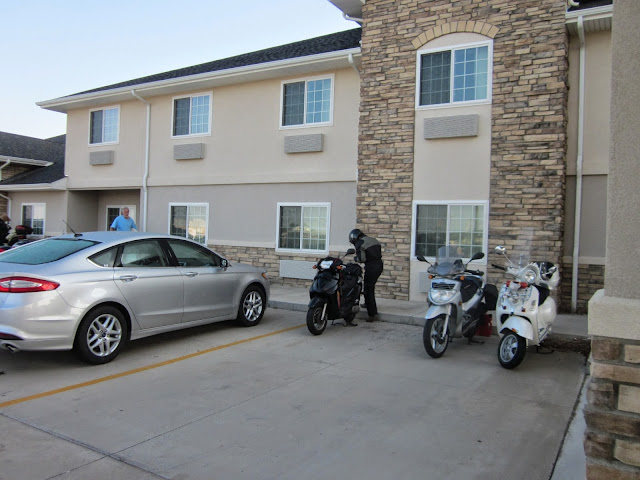 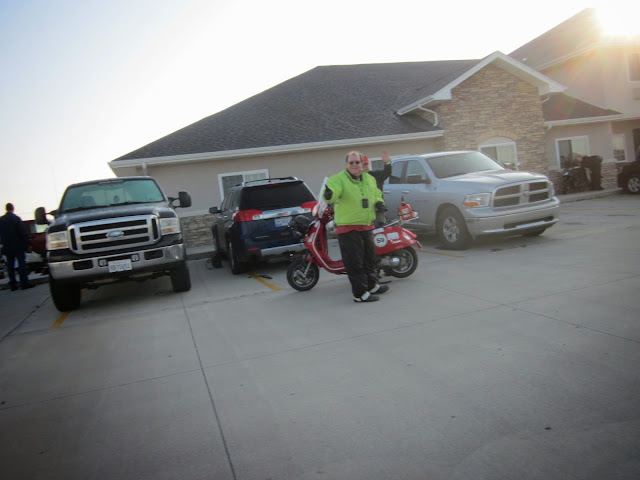 Ken back on the road 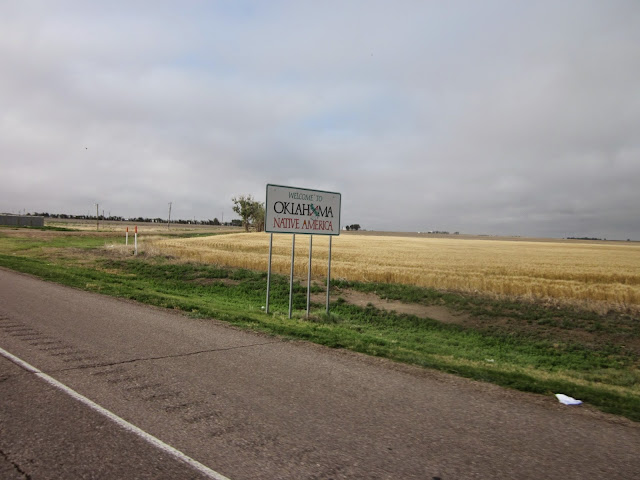 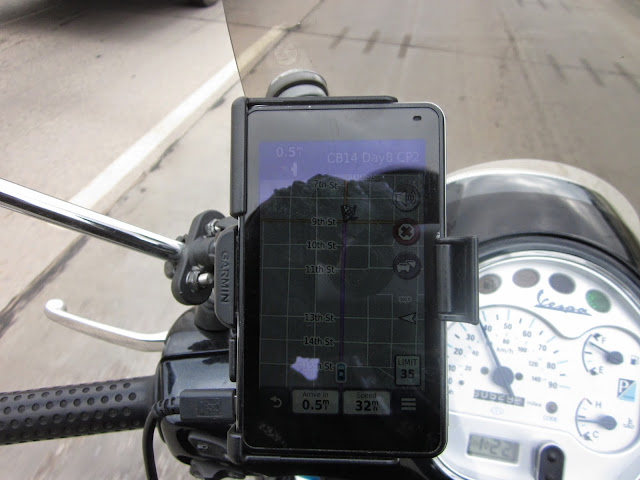 The dark screen.  I had to take off my sunglasses to read it.
Then, after a while, I couldn't read it with my regular glasses. 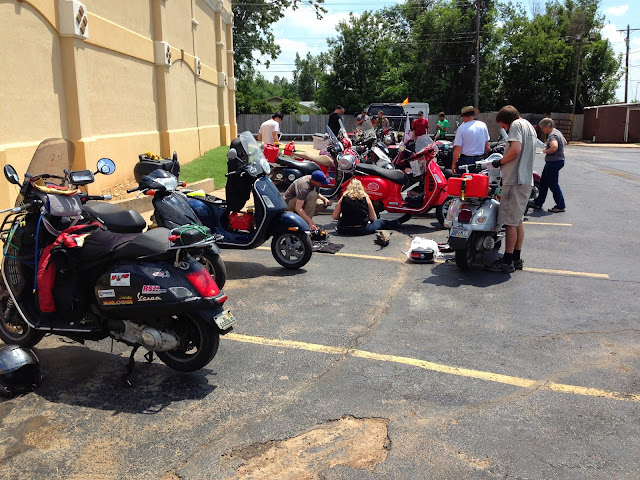 Working on scooters after the run 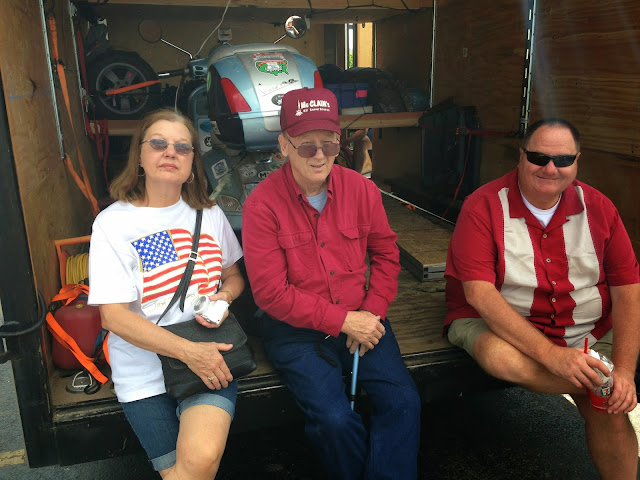 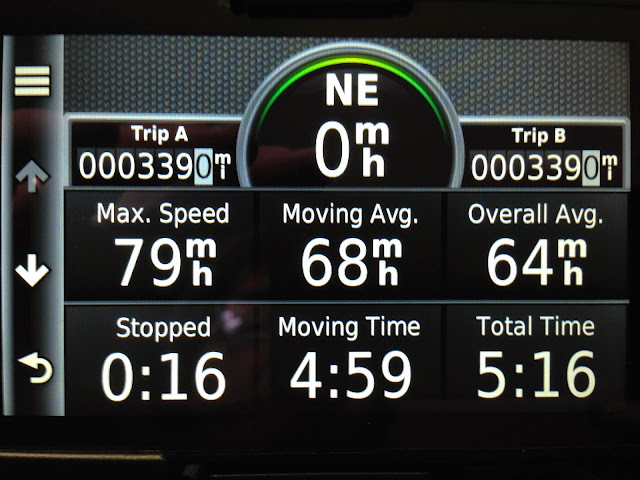 Tale of the Tape. 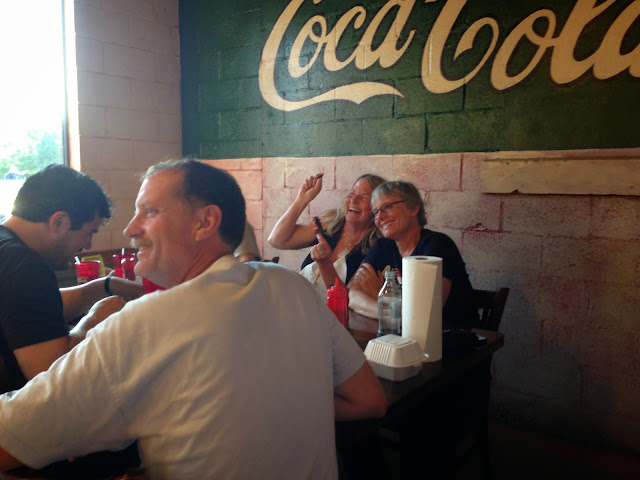 The California crew at Barbecue that night
Posted by Bill Leuthold at 4:55 PM