I just read the last part of my friend, Dave Bednarski's (Feb31st) blog and noticed some speculation that my trusty mechanic, good friend Boris Loose, may have had something up his sleeve to make Rocket a little faster than the usual GT.  I love it, that my old scooter was being scrutinized by the others because of it's speed.

"Bill and his bike bike could really put up points and the rumors were he had a pretty competent mechanic prepping his scoot at home so maybe there was more to it."

And that speed was very good.  During the first transit day, between Prince George and Smithers, I got it up to 85 mph on a big downhill while passing a large truck.  I hit 84 the next day.  On the eighth day, once we turned downwind towards Ulysses, Kansas, I had a flat stretch with a 40 mph tailwind where I ran the entire distance at 75 to 80 mph, running all alone.  I won the most points on three of the legs.  Never fastest raw time as I had no auxiliary tank, so I had to refuel at least two times each leg.  And some of the 250's were outright faster, with talented riders too.  Others also went much faster through towns, but I wasn't interested in meeting the local police along the side of the road.

I am very focused when riding and found a way to make every minute count.  Good navigation and, frankly, skilled riding, led me to a nice lead when it all went away.

Here is the truth about the rocket ship.

The 2006 Vespa GT was purchased new by me on November 19, 2005, the day before my 50th birthday.  The only maintenance work has been regular oil changes, belts, rollers, tires, etc.

The camshaft developed a scrape on it at around 40,000 miles.  The telltale sign was a screeching, tapping noise coming from the bowels of the engine.  We looked everywhere for the cause, water pump, variator, etc. until I finally had him go into the engine where the damage was found.  Boris changed it out along with the associated rocker arm that also had a gouge mark on it.  He offered to use a different profile for added performance, but I chose to stay with stock specifications.  While open, we also changed the piston rings.

Last year, at around 55,000 miles, after having trouble with the carburetor, it would run at 55 mph with my hand off the throttle, we changed that out for an original equipment matching Keihin.  This gave me much more power than the old one, but the old one was in very bad shape by the time it was changed.

The only non stock items on the entire scooter are a UNI air filter and Dr. Pulley sliders (that I will never use again).  I had a larger rear tire, Michelin Power Pure 140/70/12, using the added size to help the gearing for top speed.

Yes, it is fast.  I don't know why.  It may be the old outer half variator drive pulley with 61,000 miles on it has the grooves working to gain a little speed.  But my guess is simply that it was well prepared for the run.  I know how to get speed out of it and it complied happily.

So, while I don't appreciate any thoughts that there was some cheating going on, I do like the fact that it created a buzz and that fellow riders were interested in the speed of my gallant steed.

I told Boris of the tale and he laughed.

It is just Rocket and me, we make a good team. 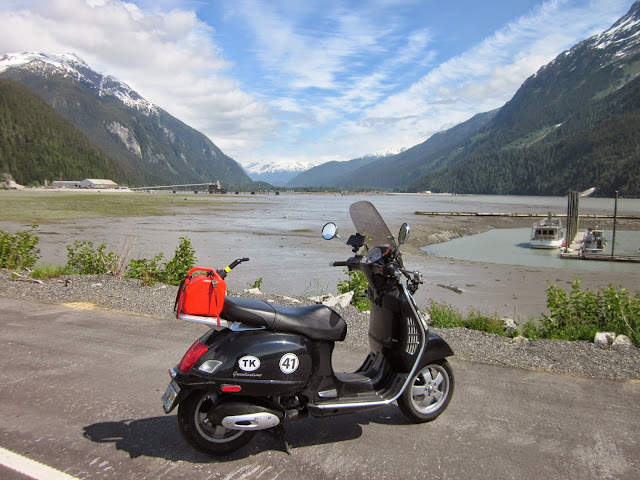 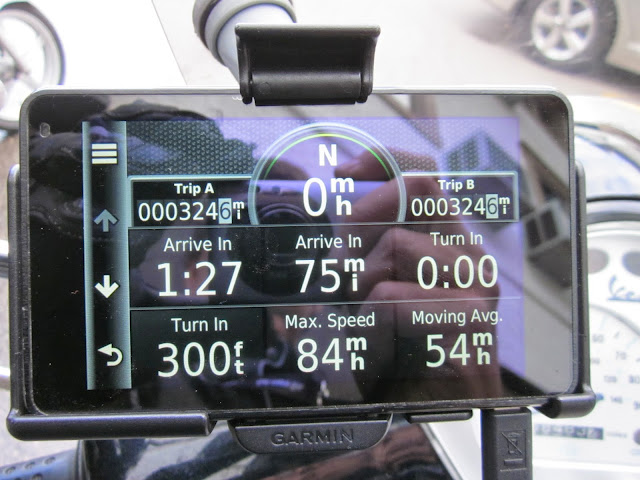 This was the morning of Day 3 before resetting.
Having no rev limiter helps on the downhill stretches.

Posted by Bill Leuthold at 6:24 PM