Oh, what a fantastic day!  It began by offloading the scooters and gear.  Rocket didn't come out unscathed but nothing major, and it ran like a champ all day.  Mike's Piaggio BV was found to have had the grip warmers left on for the last week so a very dead battery.  That was the focus for a while, then the guys determined to use George's battery for today's ride and Mike and I went by Canadian Tire for a new battery.  They had one and all is good again.

After that, we all headed to the nearby McDonalds for the traditional Egg McMuffin breakfast and a quick visit.  While there, My friend Willow dropped by to chat with me for a while over coffee, then I got the pesky old windscreen mounts out of the holes so she can mount her new one.  She was a very kind soul who I liked very much.

The best part of the day began when Mike and I left Prince George and headed northwest to Smithers on the scooters.  Rocket powered ahead and stayed there all day with amazing smoothness and performance.  The ride was around 230 miles and literally got better with each mile.  The scenery became dominated by snow covered mountains for the last 100 miles.  Smithers is right next to an amazing mountain.

We stopped for lunch at an A&W and struck up conversations with several of the patrons.  Everyone was interested in seeing two scooters with Florida tags and asked about everything related to the scooters and our ride.  They were all so very nice.  It was the same with gas stops, lots of conversation and interest.  Our last stop was at a little park just south of Smithers with a rapid river and mountains in the background.  A very nice couple told us about the place and Smithers.

The ride itself was great with smooth roads along with the scenery.  It was fast too with Rocket hitting 81 mph on a downhill stretch while passing a large truck.  We blew his doors off.

Then we checked into the Florence Motel where three of the guys are sharing one room while Mike and I each have separate rooms. 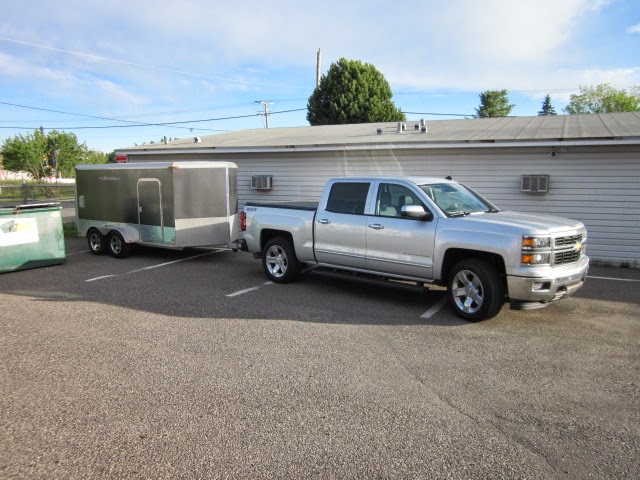 Not a bad support vehicle and trailer.  Five scooters inside was a bit tight 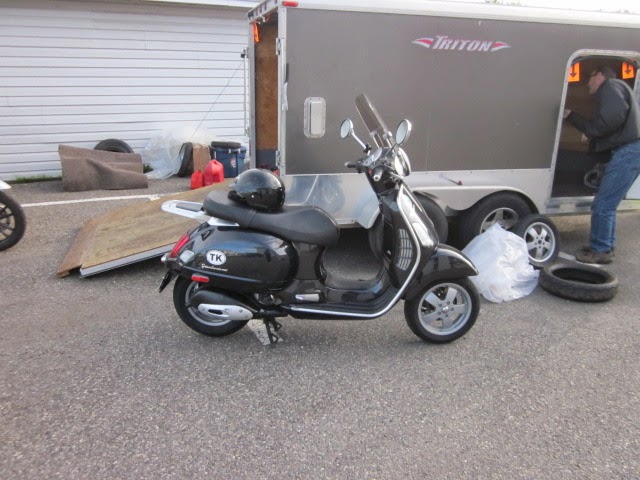 Rocket released and ready for duty 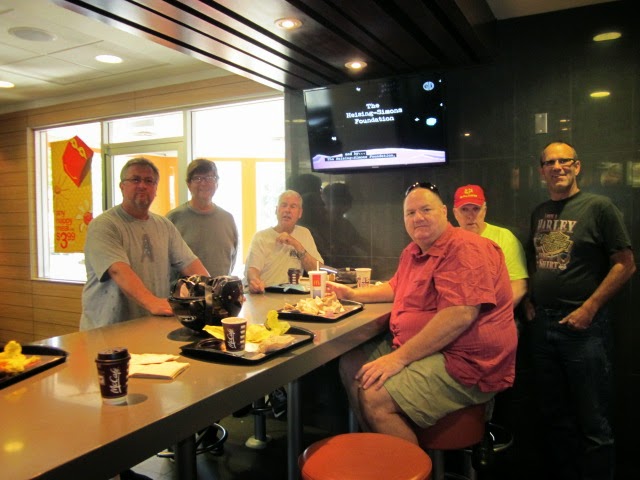 The boys at McDonalds 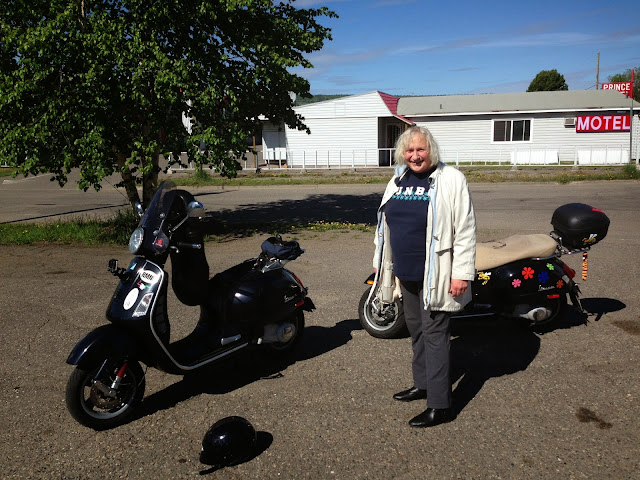 My new friend Willow.  I was able to get the old anchors out of the windscreen
support holes to allow her to mount a new windscreen 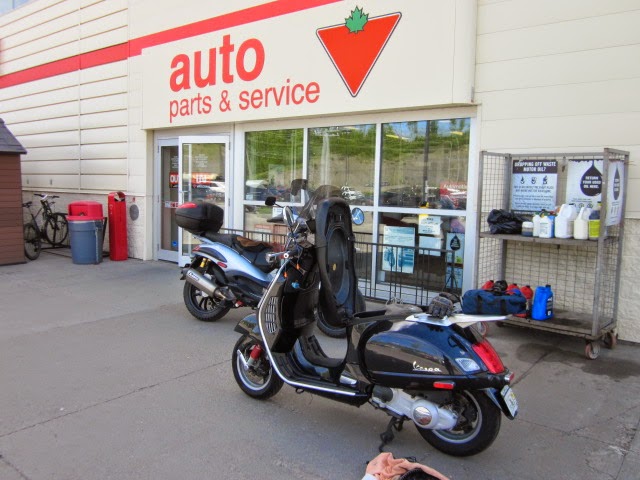 Getting a new battery at Canadian Tire 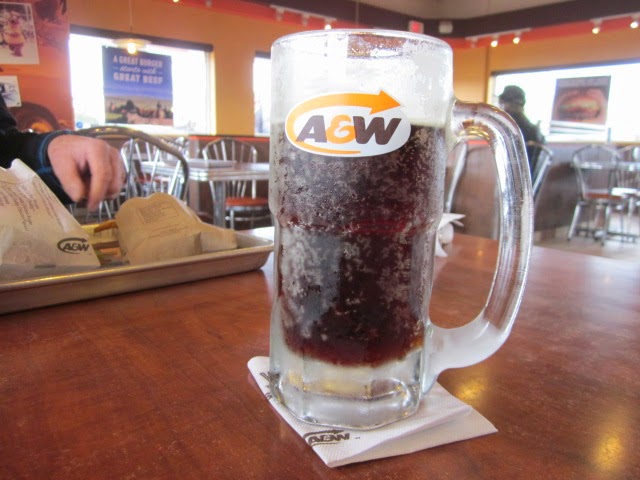 When in A&W, get a rootbeer 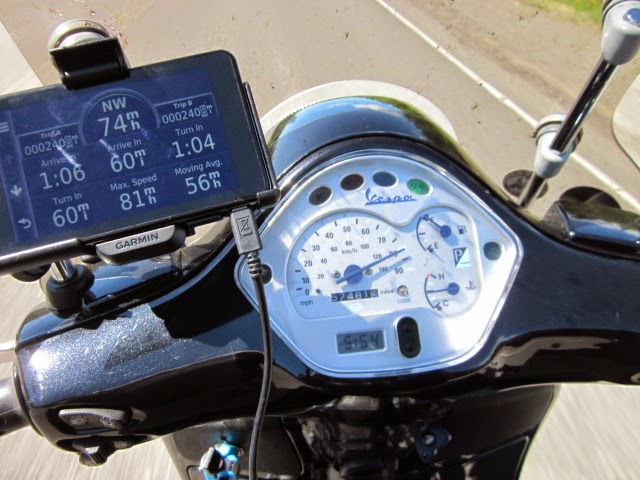 Rocket strutting his stuff on the Yellowhead Highway 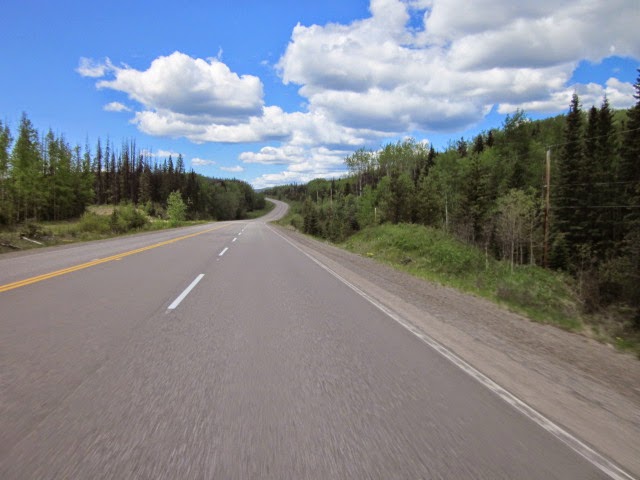 A typical road in the middle of the ride 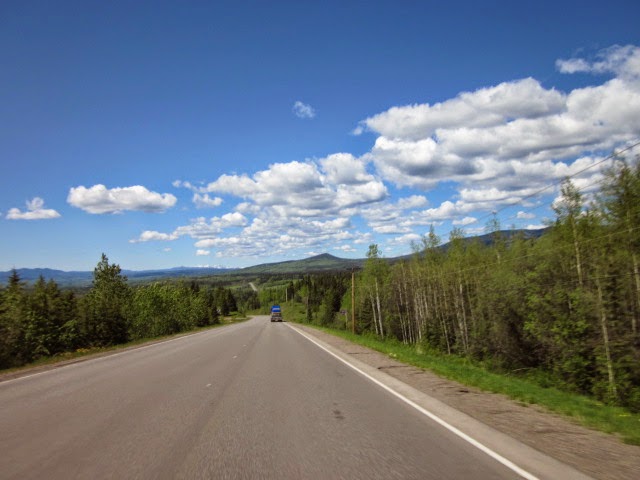 Setting our sites on getting past that truck 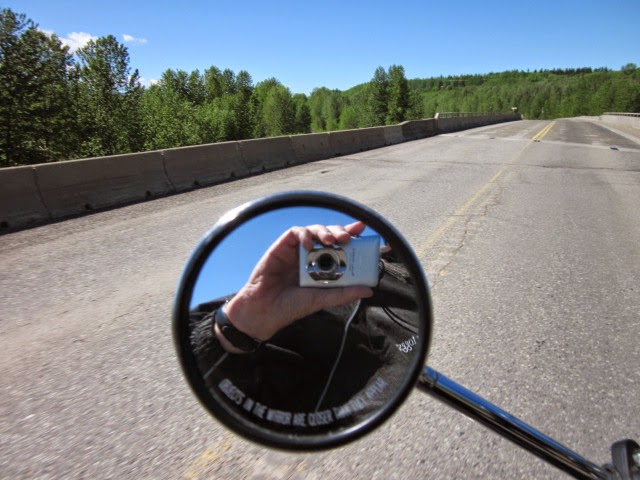 An accidental shot of how I take the moving photos 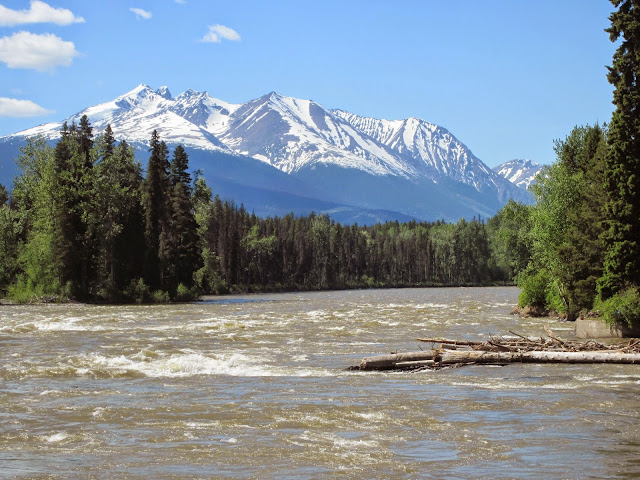 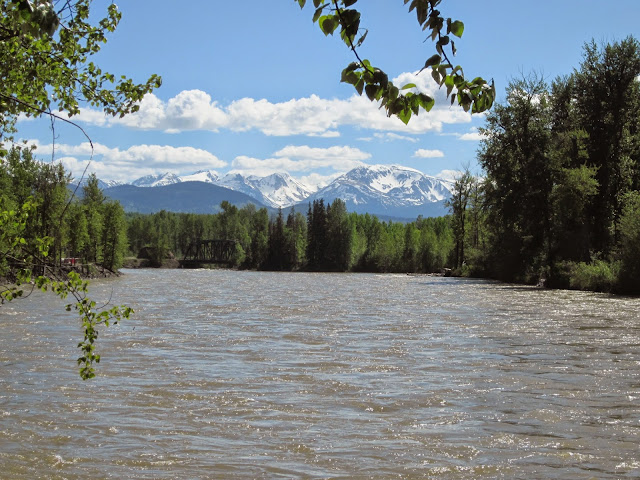 Turning to look left at the same park 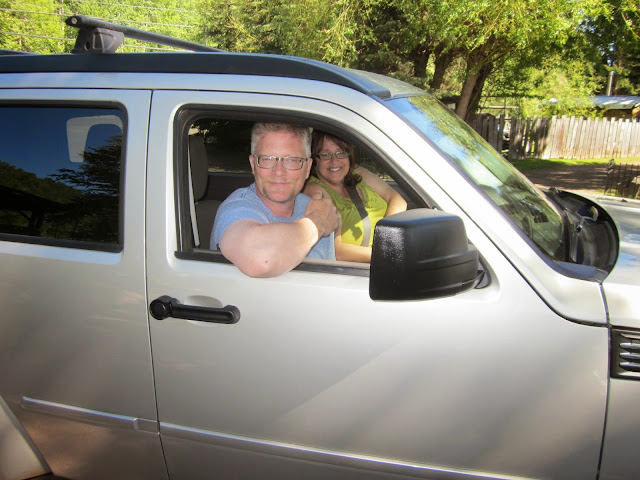 Everyone is so friendly around here.  And inquisitive about our ride.

Posted by Bill Leuthold at 8:54 PM