Sorry about not posting yesterday.  Bad wireless and I was tired.  It was the most grueling day so far, still good but little mistakes made it less enjoyable than the previous days.

It started by me not sleeping well with a snoring roommate for the night.  I got up at around 4:00 and reviewed the maps and gas stops.  Nothing was working well, with gas stations few and far between.  I knew that I would have to use the spare tank at some point.

The first checkpoint was at the US border near Glacier National Park.  But at two locations heading that way, I saw signs saying the border crossing was open only from 9:00 to 18:00.  I was going to get there at 8:30.  So I slowed down, stopped for a pee and filling the gas tank with the spare can, then strolled the remaining 10 miles to the border.  Not thinking, I even let a car get in front of me.  When we arrived at 8:40 I found that they were open.  They took at least six or seven minutes talking to the woman in the car so I was heavily delayed, in an event where every minute counts.

Once I got past that I re-entered the cold, and it was brutal.

After a while I came to a road construction site, one Drew and I went through last year that looked the same this year.  A nice worker held me for 7 or 8 minutes, but while I was there a fellow rider, Matt from New York, rode up.  We started to ride together but I was faster and pulled away.  He caught me in the next town as I sort of obey speed laws, but we started to ride together.  I started to ride behind him but was antsy to get around, and I am so used to leading that I took the lead and we ran like that to the finish.  That part was fun.

When we arrived, we were first, we were planning to eat lunch when several fellow riders came in.  It turns out that one of them, Ken, had fallen in a sharp turn just 20 or so miles from the finish. The scooter was torn up and he had some injuries, but, considering the possibilities, they got off well. 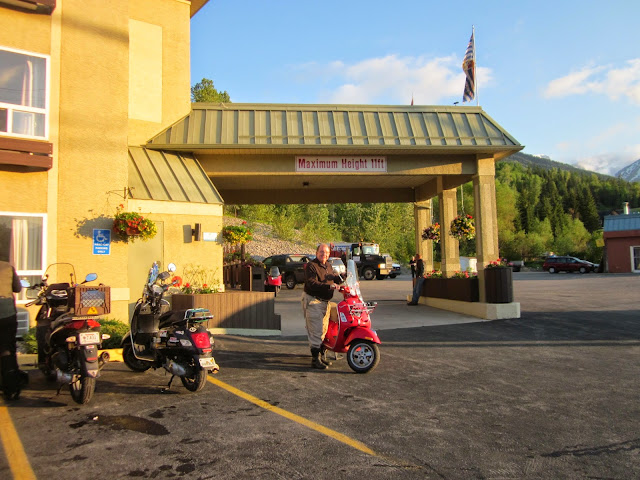 My photo for the start.  That is Ken and Big Red. 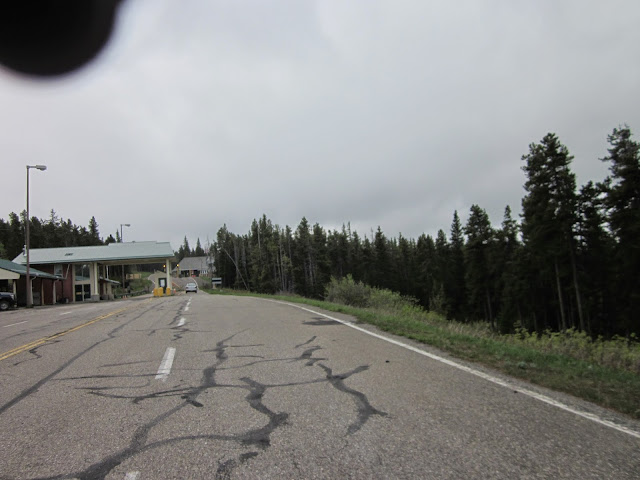 First Checkpoint, entry to the US from the north. 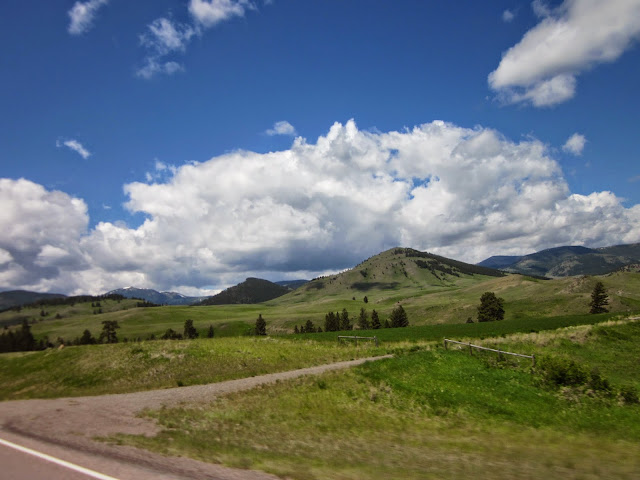 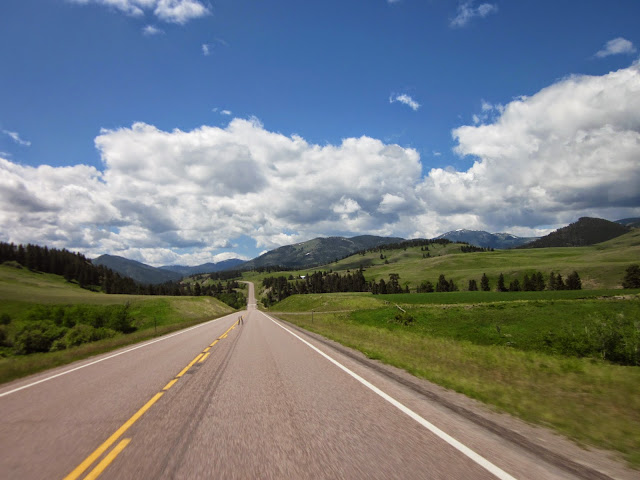 More views down the road 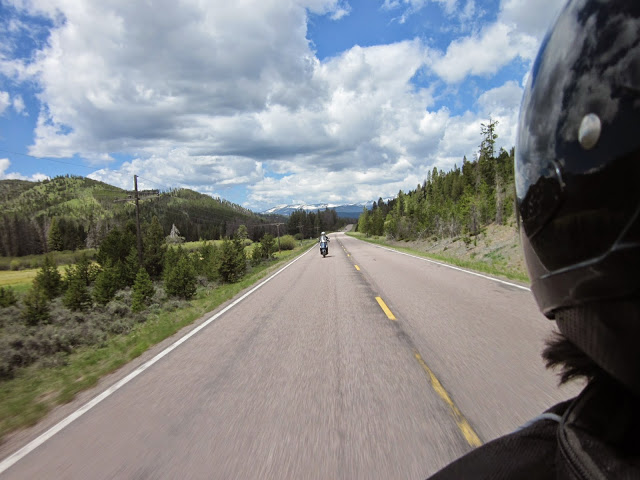 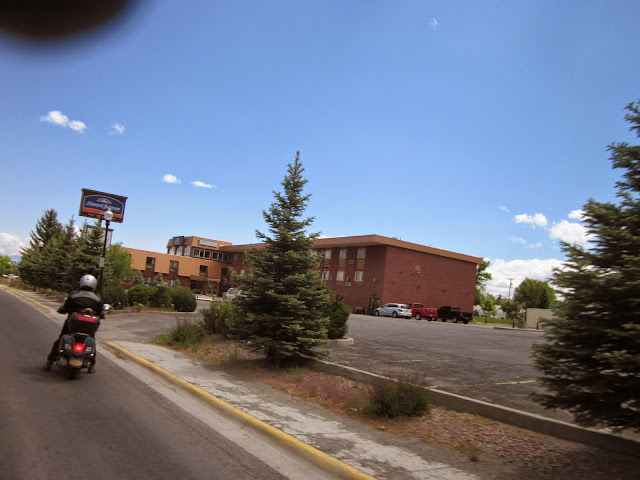 Check in at the Howard Johnson.  There was a prostitution arrest outside while we were in the parking lot 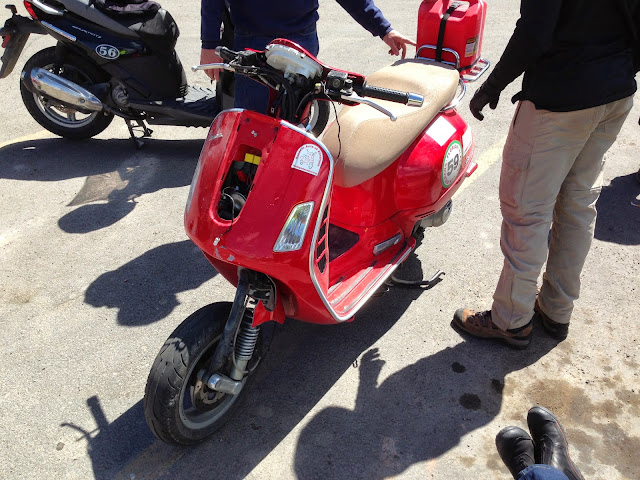 Ken's scooter after the accident 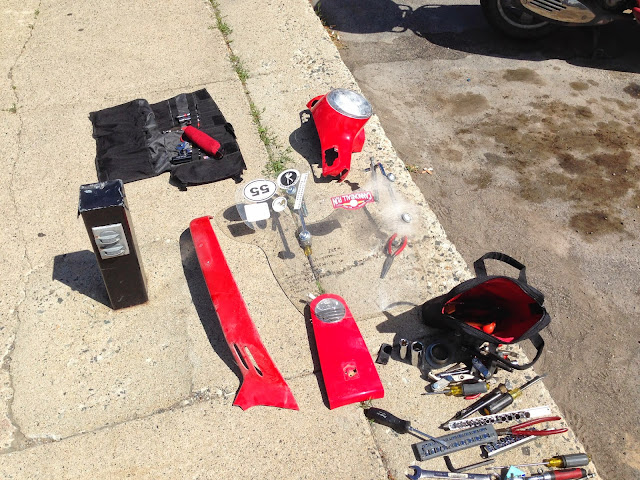 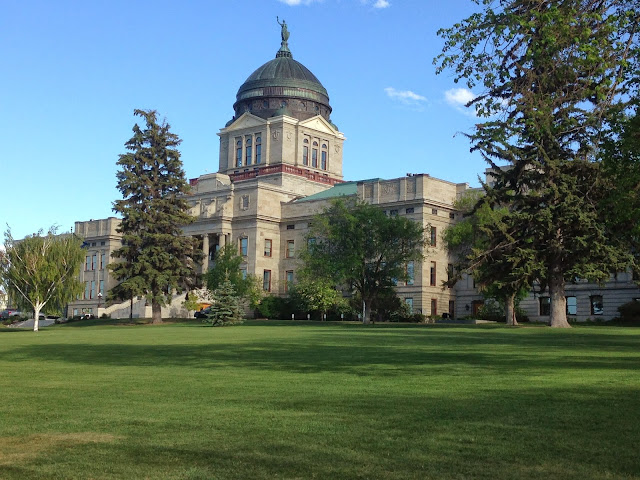 I visited the Capitol too