Day Seven began with a beautiful view of the lake and mountains behind the hotel.  Yesterday had been cloudy and awful, so it was with welcome relief that we saw clear skys, but cold temperatures.  Ice was on all of the cars.  I had parked Rocket in the covered walk outside my room.

David was there too, crossing our path in Dillon.  He bought my room too.  What a nice brother.

It was cold and we had heard from Dave, feb31st, that there was snow on the Hoosier pass near Brekenridge.  I waited until 8:30 to leave so it could warm up from the low of 28 degrees.  By the time I got to the pass the snow was just wet between the wheel lines.  No problem.

We crossed the pass and headed out CO9 towards Canon City.  That was one of the most scenic and fun roads I have ever ridden.  I will go back one of these days.

But after we passed through Pueblo, we encountered an unbelievable wind coming from the north.  The weather on Dave's phone had it at a steady 39 mph with gusts to 52.  And encountering a truck coming at you created an enormous blast on the bike and body that got more trying as the day went on.  I  passed several scooters and as I approached I could see that they were leaning at least 10 degrees at times to keep running straight.

Luckily we turned south for 25 miles heading into Ulysses, where I was able to run at up to 80 mph easily.  I had to throttle back a few times.

The strangest sights I saw due to the wind were three different birds looking like they were hovering over the road because they were trying to fly across the road into the wind.  I also saw whitecap waves on a small retention pond.

And after dinner with a small group, Ken introduced me to a couple who had ridden their Goldwing from Kentucky just to see us roll through.  They had been following the blogs, Modern Vespa and the Cannonball site.  They knew all of us from that and just wanted to meet us.  It was very nice. 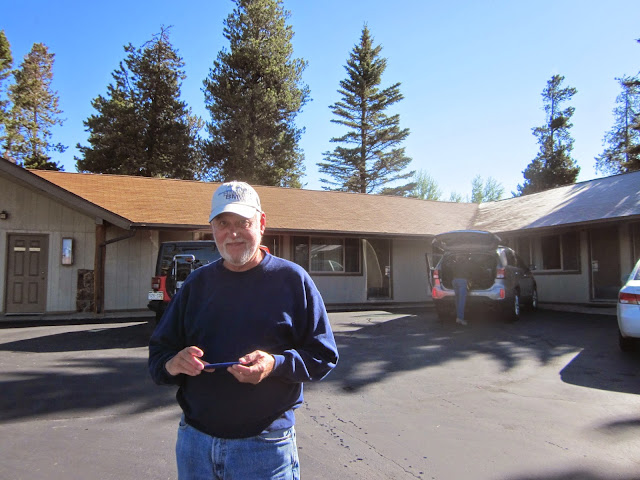 David was there at the start 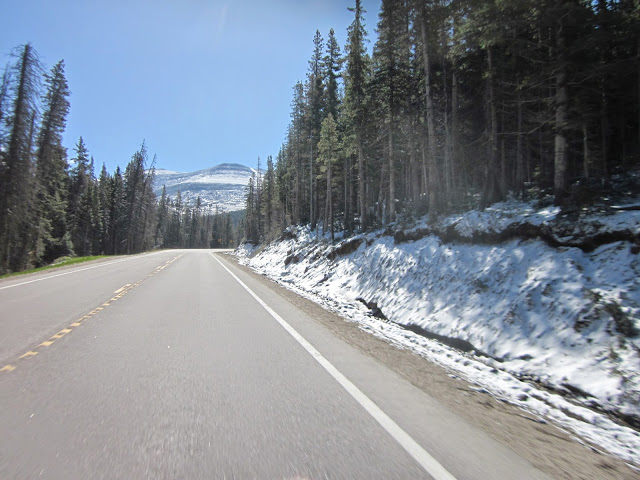 Snow still around on June 9 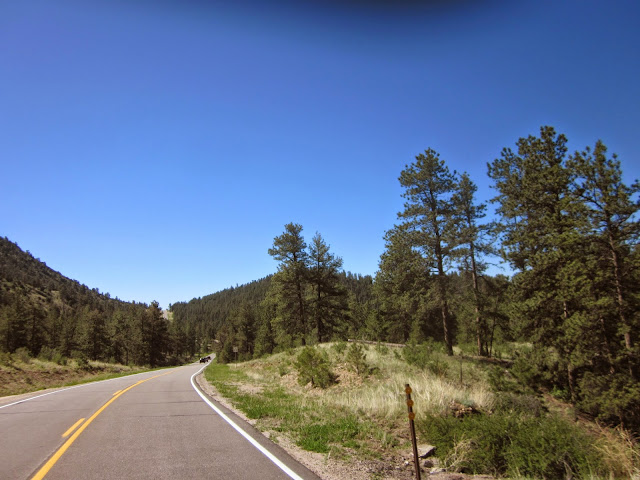 CO9 was a great road 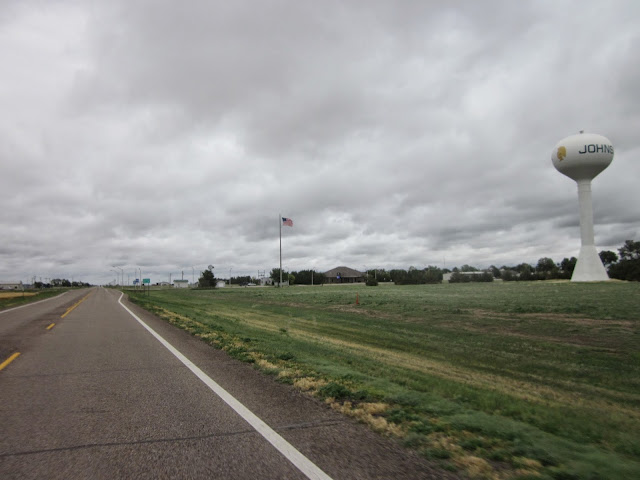 The flag was stressed by the wind 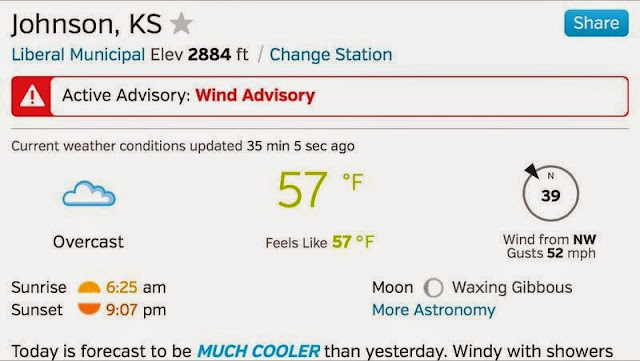