After repairing Rocket, with some trepidation, we took off for the finish.

The variator was still not feeling right as we started rolling.  Speed was gradually added until we were running in the low 70's when I felt something wrong, a hesitation, a drop in speed that corrected itself quickly.  I knew it was not going to work.  It did it again, so I slowed to a stop to let the belt cool.  Then called Will to let him know that it might be best if he began preparing to come get me.

I started again, satisfied to run in the 50's to the finish when it finally, simply, let go again.

I rode in air conditioned comfort the remainder of the way to the Abita Brewery, the last timed leg of the ride.  There I met up with my 7 Bridges Scooter Club friends who had ridden from Jacksonville to see me finish and attend Amerivespa.  It was great to see them, but I was so disappointed to have failed in my quest to finish.

The time there ended with a ride into New Orleans.  I was going to ride in the truck when Matt, 4in6iscool, offered to let me ride cupcake with him.  That made me feel much better.  The ride had a quick stop for gas where Shane, one of my 7BSC friends came up to offer his scooter for me to ride.  Also made me feel better.  The ride was long and slow but fun to ride with my new friends one last time.

We arrived in New Orleans at the local Vespa dealership, where we all gathered for a group photo, beer, hot dogs and final scores.

I ended up ninth after DNF's on the last five legs of the ride. 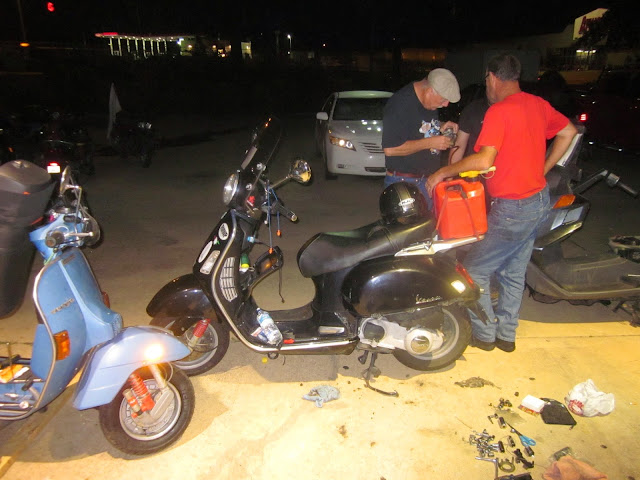 After midnight, Rocket back together. 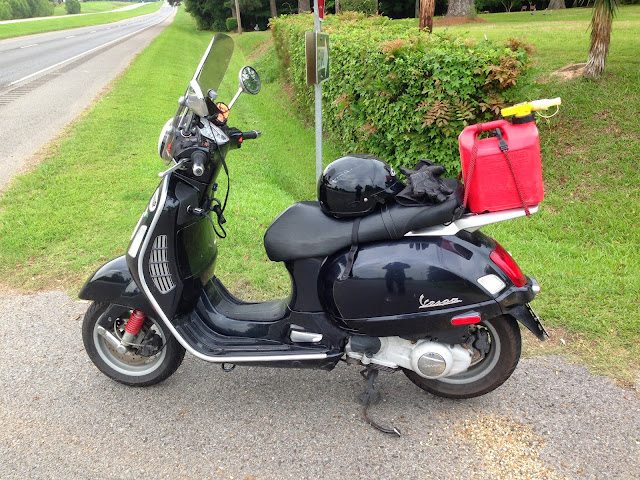 But it didn't last long.  Our final resting place.
Check out Followride.com as it has us exactly here at the last check-in. 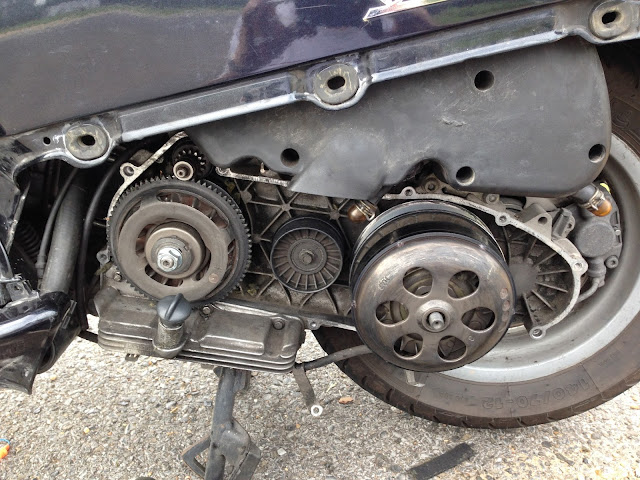 I opened it up to make sure it was only the belt. 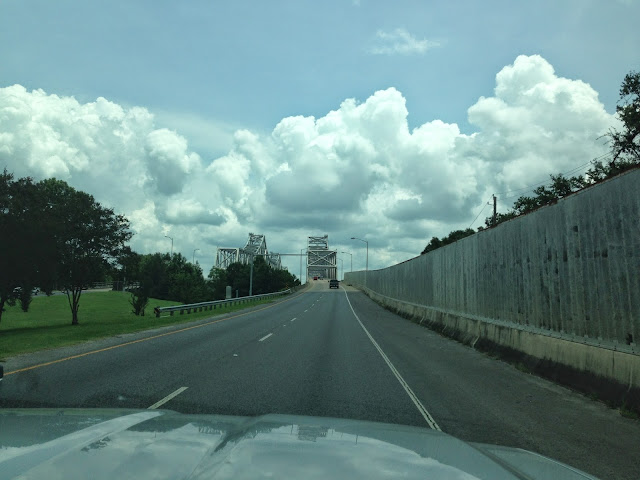 Crossing the Mississippi at Natchez in the truck. 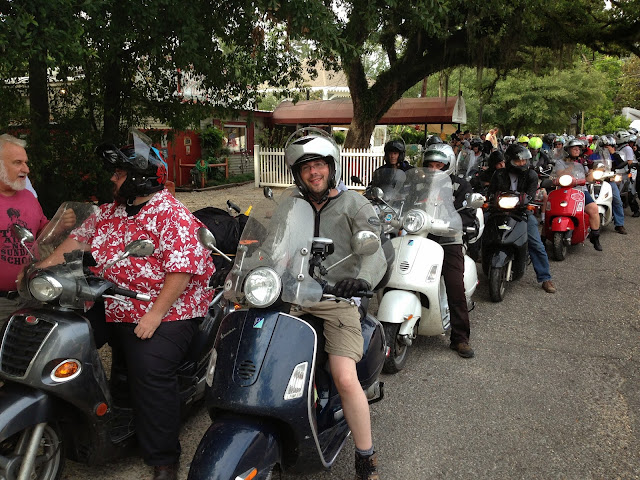 Matt offering to let me ride with him.  Very nice gesture. 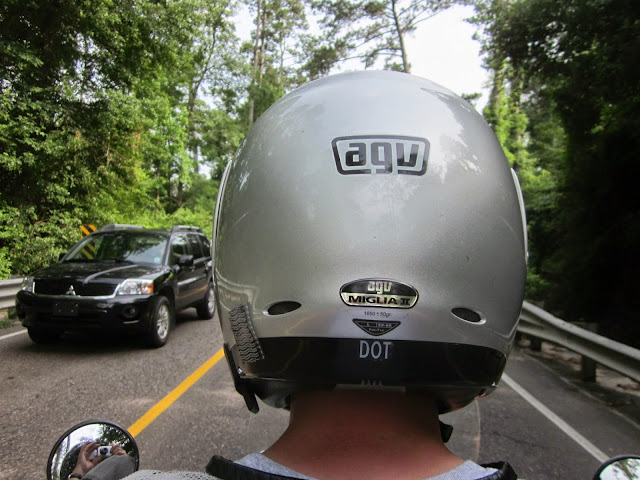 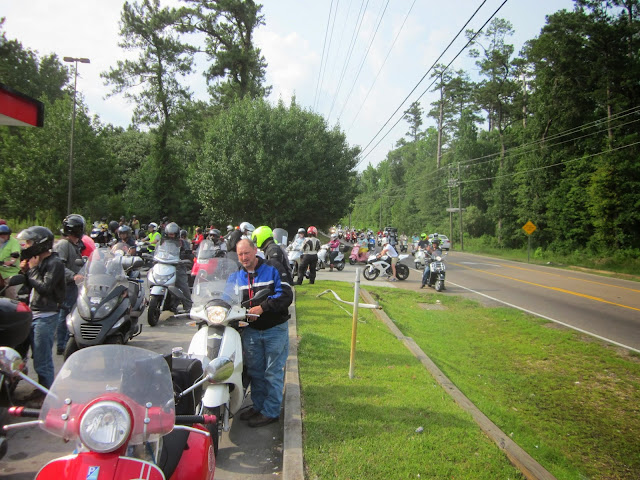 At the gas station where Shane offered to let me ride his GTS300.  What a machine. 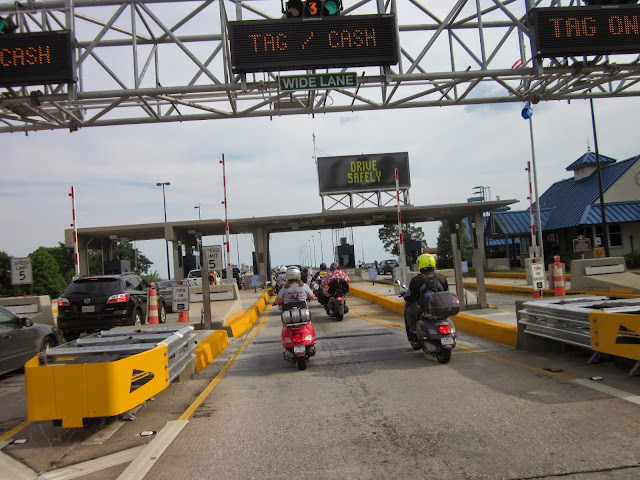 Getting on the 25 mile bridge to New Orleans 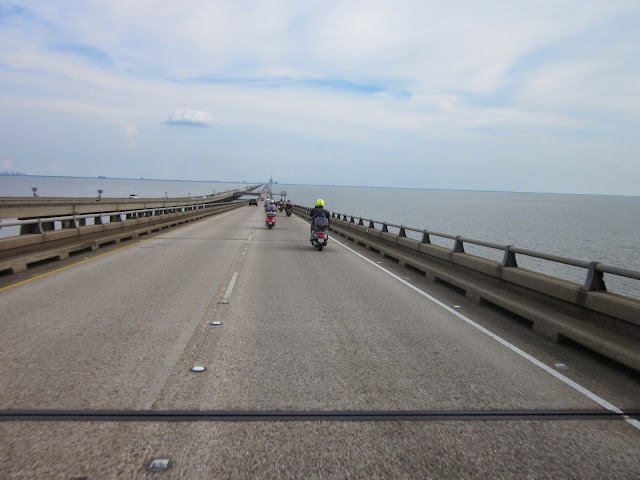 On the bridge.  Nothing on the horizon. 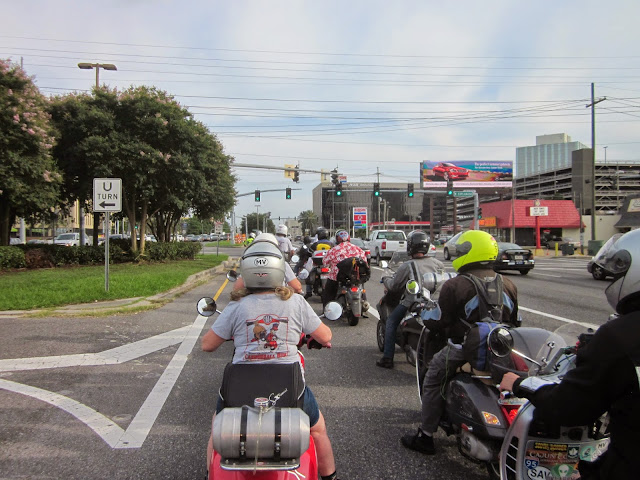 The group ride through town. 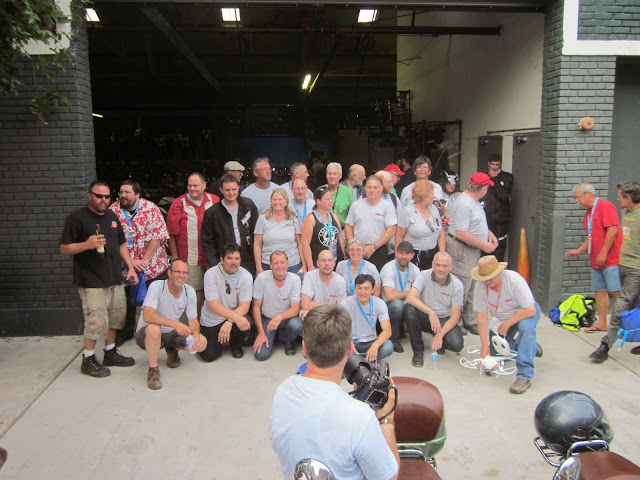 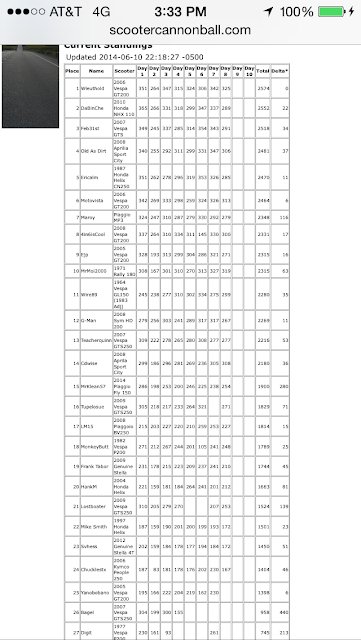 The standings after day 8.  I had a nice lead.
Day 9 was never posted separately due to all the work being done on almost everyone's scooters.
Posted by Bill Leuthold at 5:53 PM