First 7 Bridges Scooter Club Ride in a while

Sunday we had a club ride.  My first in around a month.

My friend Adam sent me a message saying he wanted to ride too, so he rode up from Gainesville.  I chose to meet him in Orange Park to ride together to Bojangles on Southside Boulevard, one of our usual meet up places.

We met just south of I-295 and the Buckman Bridge, a 3.2 mile eight lane bridge crossing the St. Johns River.  We had a tail wind, but riding in front of Adam, Rocket buried the speedometer at 90+ mph.  I didn't have the GPS, but that was at least 82 mph.  Rocket remains very fast for a GT.

We had around eight riders and headed north over the Dames Point Bridge.  Because it only takes one hour to our destination of Fernandina Beach, and we were going for lunch and Tasty's probably doesn't open until around 11:00, I decided to take a detour to Shark Road, adding 45 minutes to the ride.

The ride was good.  A1A was busy but we managed.  Tasty's had its usual fine burgers.

The ride home was similar with Adam, David and I breaking away from the group on the ride through Big Talbot Island.  David headed off at the Dames Point Bridge and Adam and I went down I-95 for the fun, fast part of the ride. 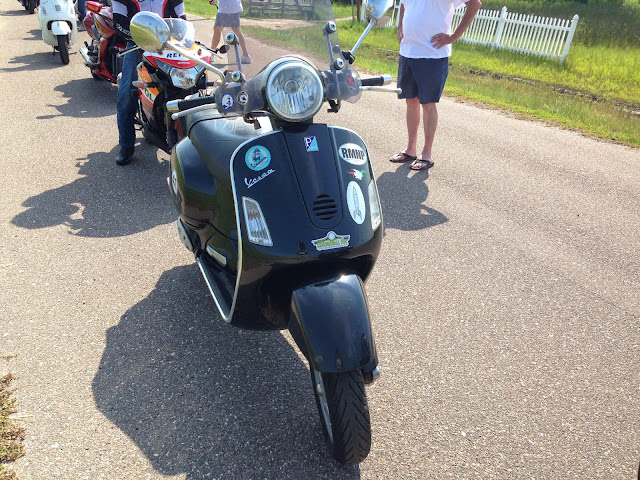 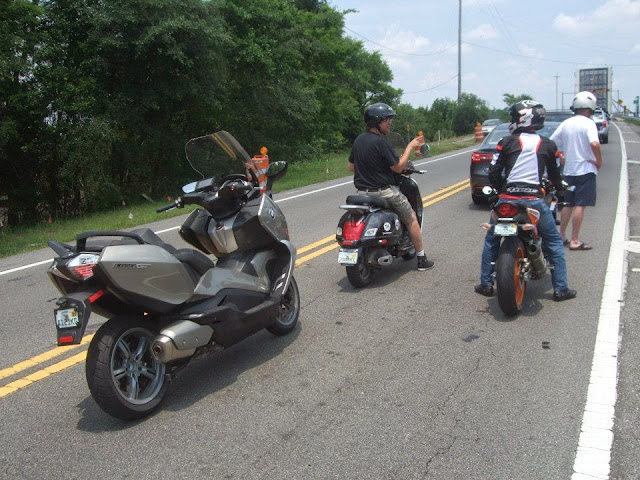 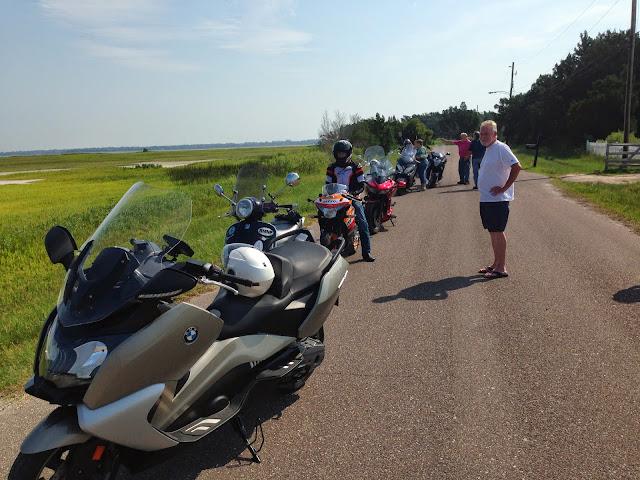 At the end of Shark Road.  We were one mile from a bridge that was 30 miles away by road.
Posted by Bill Leuthold at 8:03 AM