Rocket on a Long Ride

Yesterday, the scooter club had a long breakfast ride planned.  We met up at Bojangles, then headed south to Palatka for breakfast at Angels Diner.  Angels is known as the oldest diner in Florida, situated in a small river town about 50 miles south of Jacksonville.

Because Boris had repaired a broken vacuum line on Rocket, and I tested it with a 50 mile ride to Baldwin and back the day before, I decided to take it on the ride.

For those who don't know, Rocket now has over 67,000 miles on it.  And since breaking the variator on the Scooter Cannonball Run in Arkansas, has given me fits.  The outer drive pulley came loose on the club ride to North Carolina in the fall last year.  Then it did it again returning from Gainesville a few months later.  The first one required me to get parts shipped in next day from George's Scooter Parts Co., so I could do the repair in a local gas station.  The second found me carrying the parts and fixing it in a parking lot in Brooker, Florida.

Then the carburetor began flooding while riding, doing this three times, twice stranding me on the road.  But much of this was clearly due to the vacuum hose.  The variator issues are a mystery, but I speculate that the variator nut was not properly tightened twice.

I was confident but you never know.  We headed out from Bojangles, taking one of my favorite rides getting out of town down Greenland Road then Julington Creek Road to 13.  We took that to 16 where we crossed the Shands Bridge to pick up Rick at a gas station at the corner of 17 and 16.  Then 30 miles of 65 to 70 mph into Palatka. 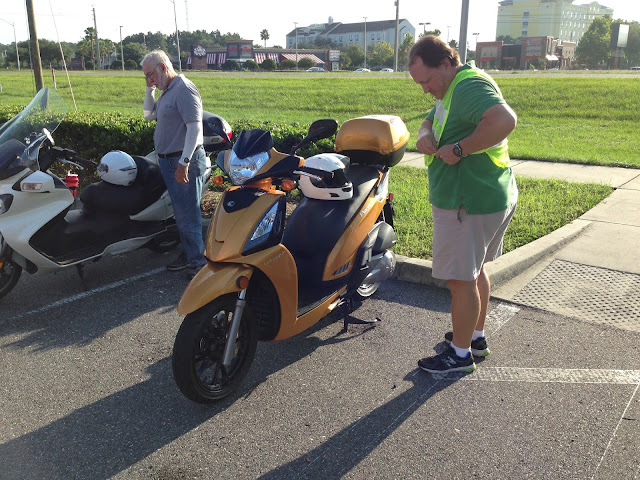 New rider Kevin with his new Kymco, purchased the day before. 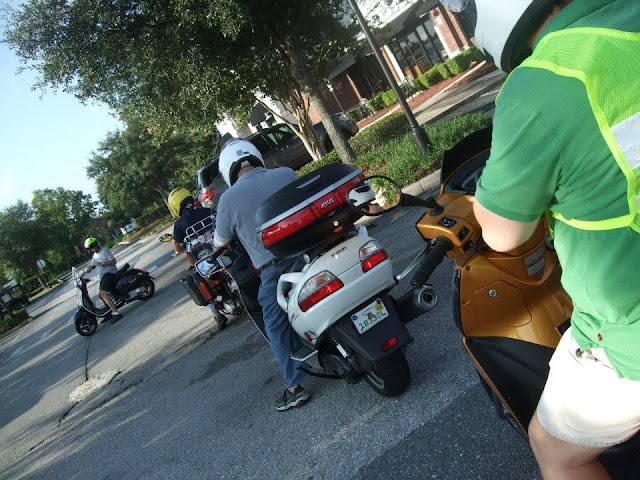 Getting the riders ready to go. 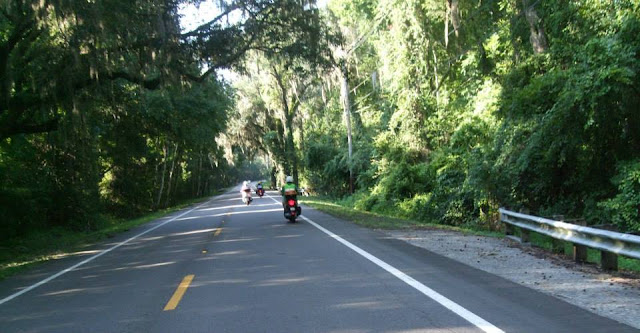 State Road 13.  Often listed among the top motorcycle roads in the country. 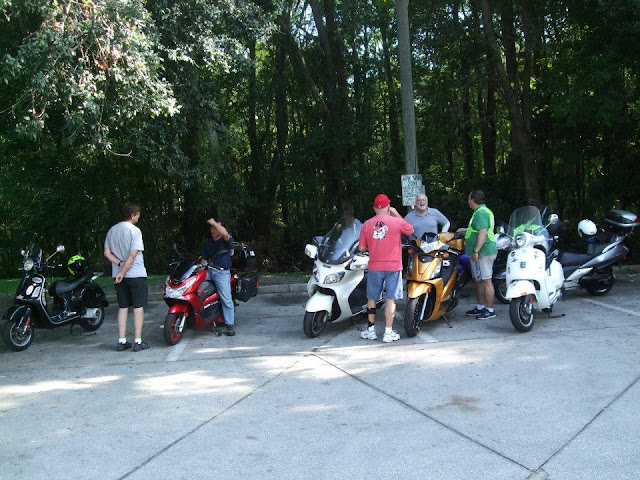 Break along the way just south of Green Cove Springs 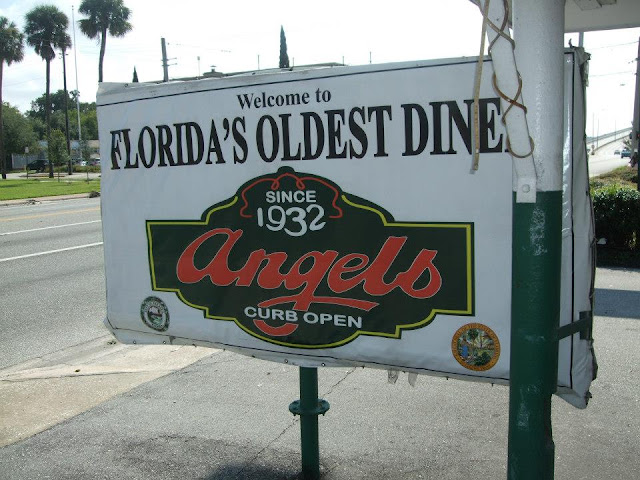 We ate our breakfast, flirting nicely with the pretty server.

Heading home we decided to go through East Palatka to pick up the end of 13 and ride it back home. I cut off at 16, took the Shands Bridge again and made it back home.  Rocket was perfect. 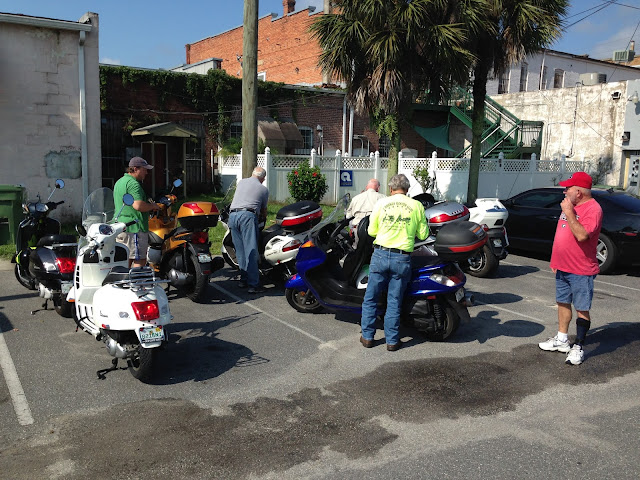 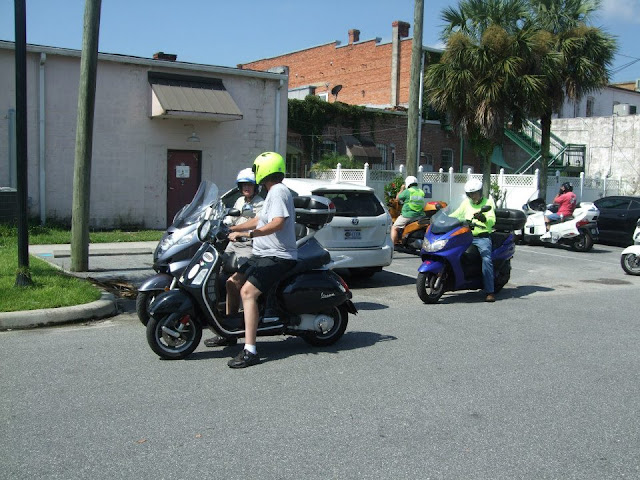 Rounding them up again. 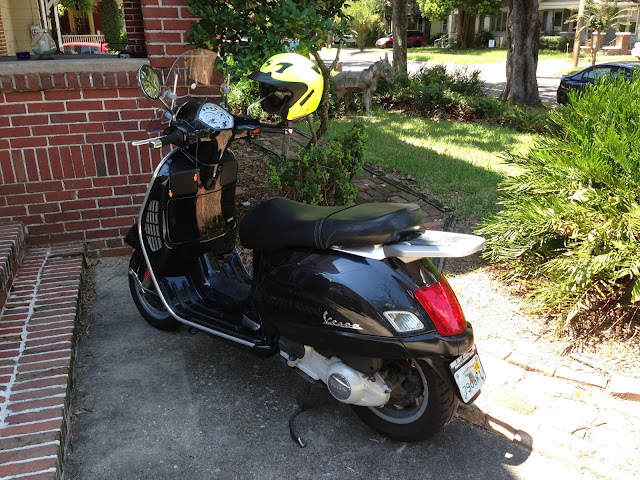 Later in the day, feeling sorry for Razzo, I hopped on it and did another 50 mile loop west of town.  It was perfect too. It sure is nice to have so many nice scooters.
Posted by Bill Leuthold at 5:45 PM