Bermuda Visit by the Veatch Girls

Sarah's mother passed away a couple of months ago.  She had cancer and it ended a long struggle.  She was among my favorite people of all time, always smiling and fun to be around.

Since that time, Sarah and her family have been going through her house and we decided to go through our photographs to find memories for the small service this past weekend.

One thing we found were photos from a Christmas visit to Bermuda in 1992, by Sarah's mother, Sue, her two sisters Betty and Barbara, and their mother Freda.  It was when we lived there while I worked for the Ministry of Works and Engineering, Bermuda Government.  Kylie was born in August that year so she was still an infant and the girls were there mostly to see the new addition.

The hit of the photographs were centered around my daily transportation, a Suzuki FB 100 motorcycle.  At 100cc it was hardly a motorcycle, but the laws of the time made that the largest displacement allowed on the island.

The girls all posed on it while parked in a scenic location and all but Barbara rode with me for a short stint.  When Freda had her 90th birthday a few years later, one of the highlights of her life, pointed out by her in her own commentary, was riding on that bike.

The visit was priceless. 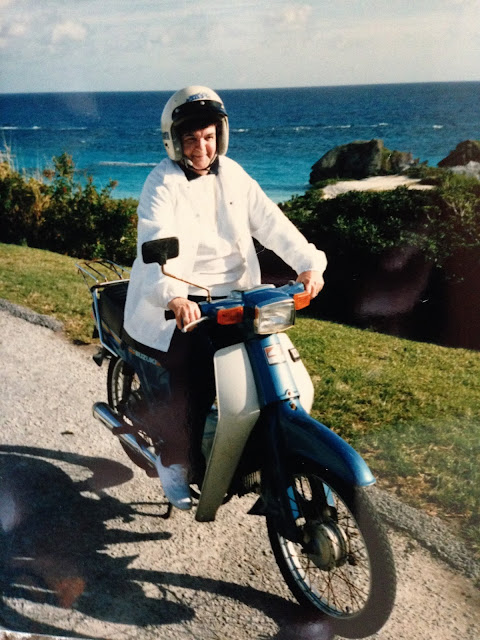 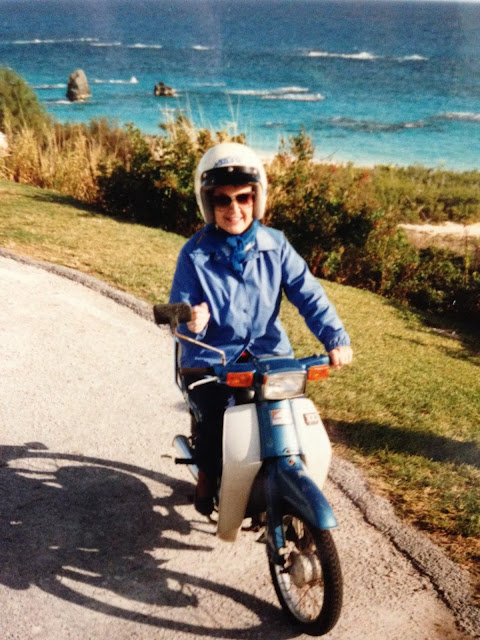 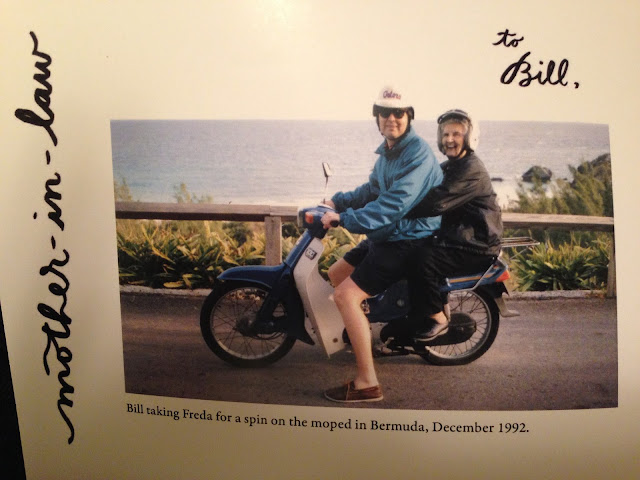 Kylie made a book of Sue's life with this as one of the photos.
That is Freda riding with me