My friend Ken, AKA Lostboater, has been talking about another scooter ride to Apalachicola for oysters.  I have been needing a ride for August so it fit well.  Captain Gary has agreed to join us from Dothan, Alabama so we will have a mini gathering at the Gibson Inn in downtown Apalachicola.

All of a sudden, I now have three Vespa GT's that are capable of the ride.  There is Rocket, fresh off a new vacuum hose that solved all of the stalling symptoms that have been happening over the past several months.  Then Razzo, the perfect GT and now Vanessa.  With the new purchase getting closer and the dent and radiator issue repaired, Vanessa is capable too.

But for this ride, I think it will be Razzo, due to it having the top box and no mechanical issues waiting in the wings.

I leave tomorrow morning and meet Ken at the McDonalds in Perry at 11:00.  I have a nice route, the same one I took last time that takes me to Macclenny on I-10.  Then I turn south on 121 to Lake Butler to 18, a very scenic Florida road to Fort White.  From there is is straight to Perry on 27.  The ride over to Apalachicola gets interesting as it gets near the end, running along the Gulf of Mexico.  First stop in that area will be Lynn's Quality Oysters for the first dozen or so. 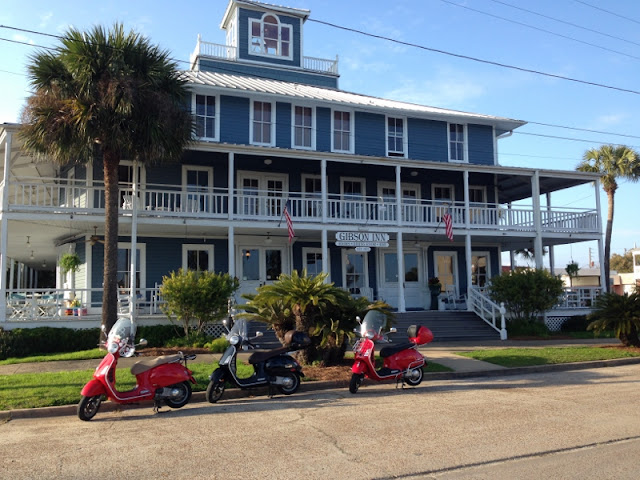 The Gibson Inn from last March. 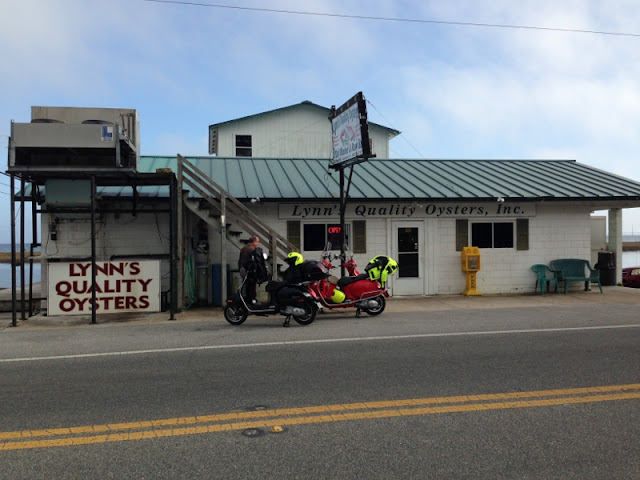 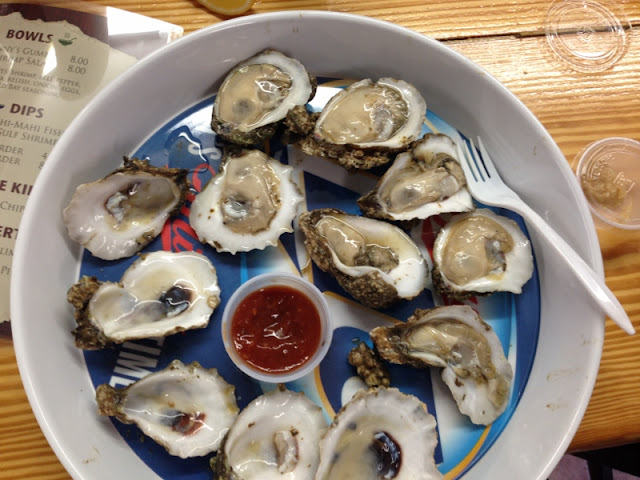 Posted by Bill Leuthold at 7:48 AM