I thought I might be finished with riding these after the one I did a few years ago.  That one started and finished in Jacksonville.  The middle part was fun.  I rode the entire way on interstate highways, up I-95 into South Carolina, then I-26 to Columbia.  From there I rode up I-77 to Charlotte to meet up with Adrian who rode with me to Salisbury for lunch.  After a 75 minute lunch, I was off again on I-85 headed to the Raleigh Durham area, then I-40 back to I-95.

I hit I-95 in the mid afternoon with 425 miles to go.  Luckily I had a tailwind the entire way and rode with the fast crowd at 75 to 80 the entire way except the next to last leg when the engine began overheating and could maintain only around 65 mph.  It healed itself for the last leg.  These machines are a mystery sometimes.

But that is changing.  I have been in communication with a Modern Vespa acquaintance in England who is an Iron Butt rider.  He has done six Saddle Sore 1000s and one Bum Burner 1500.  Two in England, two in the US, one in France and the BB 1500 was in Western Europe, combining a SS1000 with the BB.

He asked me if I would be interested in riding with him and another Modern Vespa friend, Bob, while he was here.  Then it became an Iron Butt ride with both of us riding my two freshest GT's and Bob riding support.

The two freshest machines are Razzo and Vanessa.  I have some prep work do do to assure us that they will be able scooters.  Four new tires are ordered and will arrive this week.  I already have new belts and will get rollers to install in the next few weeks.  I need to mount another RAM mount for the second GPS and a 12v outlet to allow its use for the entire ride.  Then new, quality oil and they will be as ready as possible.

Our route is to stay in Florida, with the added bonus of receiving a special patch for a Florida only IB.  We will head west, out I-10 towards Tallahassee.  Then turn south on 57 near Monticello to pick up 19 to Perry where it joins 98.  We continue to Chiefland where we then run on 27 to Williston where we turn to I-75 and the ride south.

From there it is all interstate highways, taking I-75 to Naples and Fort Lauderdale with a stop along the way to have a brief visit with my co-rider's sister near Sarasota.

From Fort Lauderdale we will turn north on I-95 for the 330 mile ride home.

It is going to take place in late October, so daylight will be less than ideal.  But the scooters have good headlights and the roads are all well traveled.

My only concern at the moment is that I have this hernia.  I am meeting with the surgeon tomorrow to schedule the procedure.  I hope that it is in the next week or so, giving me plenty of time to heal.

My friend is hinting at the adventure on MV at the moment, so I will let him do his thing there.  I am looking forward to another adventure. 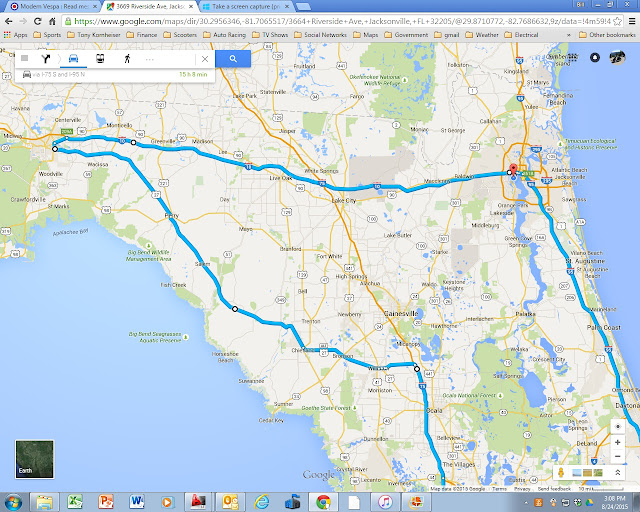 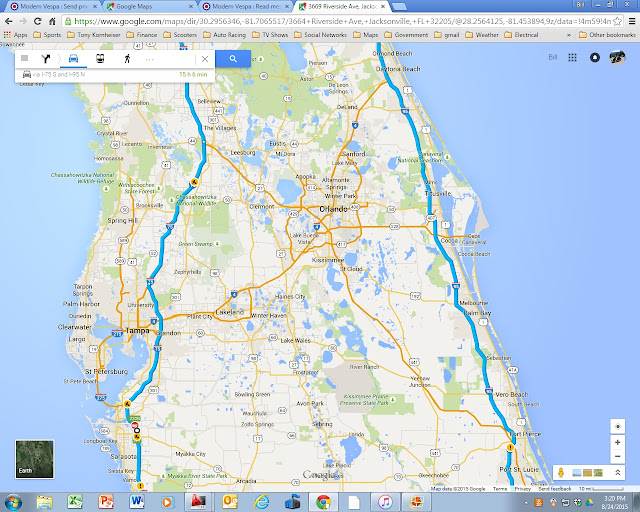 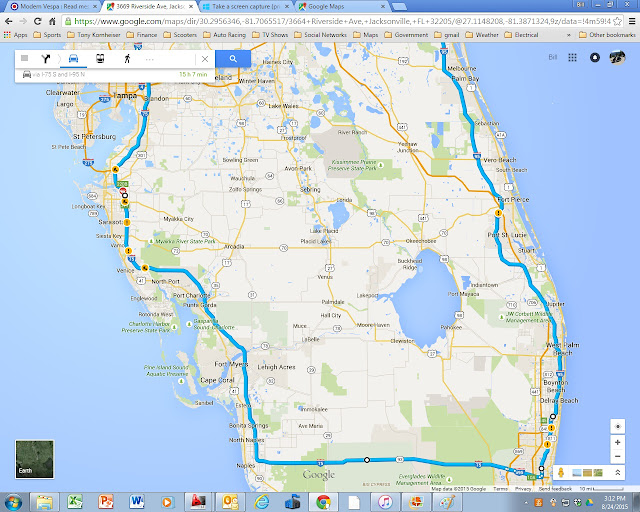