With Kylie coming home to visit this weekend, I had decided to skip this month's SCCA autocross at the Fernandina Beach Airport.

But Sarah and Kylie decided to make Saturday morning a shopping trip to the Town Center that opened up an opportunity for me to race.

I got up early, collected the Miata from the office garage and headed north.

It was foggy with a mist in the air the entire way there but I rode with the top down.  The car is perfect that way.

Upon arrival, I found that there were 64 cars entered, about ten more than last month.  Several of the regulars had missed the last event and were there this time.

I ran in the first of two heats.  It was raining a light mist on the first run.  I had to drive with the windshield wipers on so I could see.

I was amazed by the grip from the Bridgestone RE71 tires in the rain.

After two runs I checked the results and found that I was second fastest of the 30+ drivers when the handicap for car performance was used.

After five runs I had dropped to fifth, but was still very pleased with being so high.

The last run was the fastest of my six, taking almost a full second off the fastest to that time, and I moved up to third.

The second run group had novices, but also the Pro class, filled with several of the fastest drivers in the field.

After their runs I found myself in tenth place out of the 64 and first in my class of three.

Fast Phil beat me by over half a second.  He is a good friend and healthy competitor.  I always enjoy comparing my times with his.  He almost always wins.

So, I went from not competing to having one of my best results ever.  It turned out to be a great way to spend the day.

Thank you, Brandon Kilgour, for the photos. 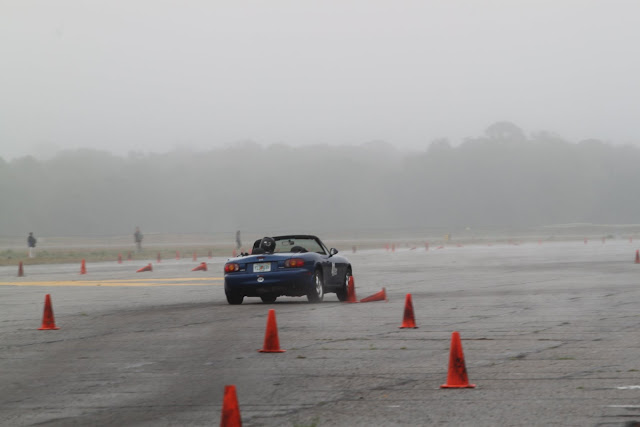 The first run in the wet conditions. 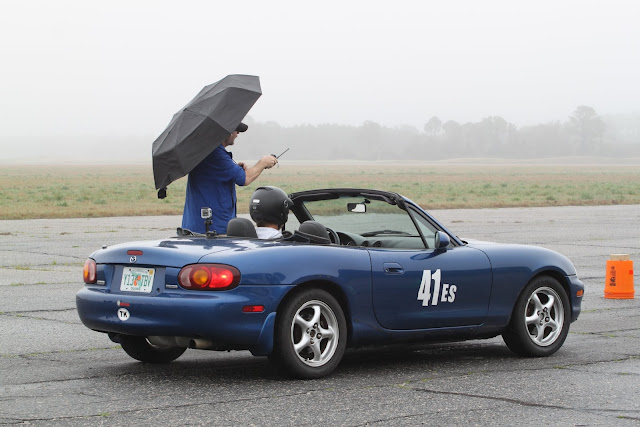 At the start of run two.  Starter still had his umbrella out. 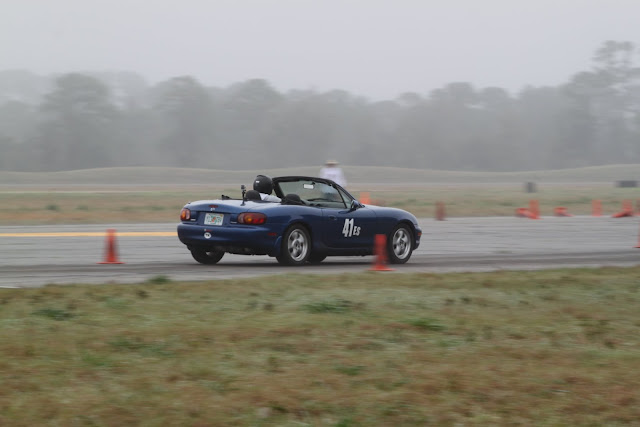 At speed in my little Miata.


Posted by Bill Leuthold at 3:39 PM No comments: 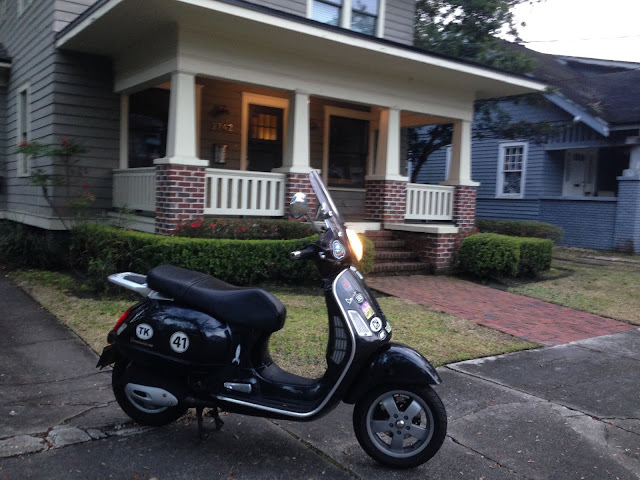