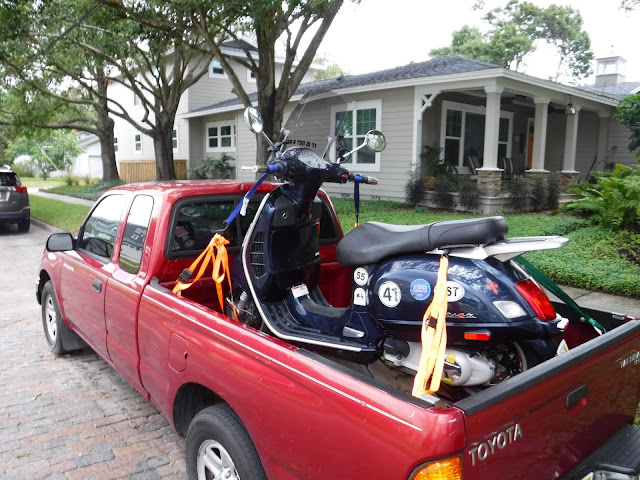 Vanessa has been snake bit from the beginning.  The first time I saw her, she was owned by my friends Leslie and Maria.  Leslie was riding with the club when we turned into a gas station near Citra, Florida.  She and Geezer got tangled and both went down.  Vanessa was damaged but was repaired shortly after.

Then, when the girls moved to Italy, I kept her in my garage, riding frequently to keep her healthy.  But one day I needed to move scooters and put Sarah on her for a ride to my office.  They didn't make it.  I wrote about it here.

After that accident, I got her mostly repaired, not really worrying about cosmetics.
http://billleuthold.blogspot.com/2015/08/vanessa.html

She looked OK and ran well until a coolant line kept coming adrift, causing overheating issues.
Then she blew out a back tire at the same time of another overheating. Then she overheated again and I almost dumped her in the river.

But I eventually got her fixed with a new water pump and hose.

It turned out that she was good enough to run in the 2016 Scooter Cannonball Run.  Together, we finished third.

Even better, we had the fastest raw time of all of the competitors.

So I left her in Seattle for two years, ready to run west to east in the 2018 Scooter Cannonball Run.

Getting to the start was spectacular with a run wit my friend Mark from Seattle to Morro Bay, mostly along the Pacific coast.

But in the Cannonball itself, we had a misfortunate accident on a dirt road in Nevada.  She was damaged again, but not nearly as badly as my leg.

After the accident, she rode in a trailer for several days.  On her second day, she fell over early in the day and rode most of the difficult day three on her right side, causing more damage.  But I got her working again and was taking her on a fun ride with Ken.

The ride started poorly when I began heading south on 301, just south of Baldwin.  While passing a car she lost some power, so I slowed and noticed the oil light flashing.  I slowed further and turned into a side street to see what was the problem.  She stopped running so I checked under the seat and the engine looked good.  I then noticed a glaze on the seat and left side panel.  It was oil.  Then I looked down further and, much to my horror, I saw the open filler hole.  No dipstick or cap and oil was everywhere.

I called for Uber to pick me up and headed to get my truck to retrieve and, hopefully, revive the stricken scooter.  I came back with oil, a new dipstick and a funnel for pouring accuracy.  She took three quarters of a quart to reach full.  I cranked her up but the engine knocked badly.  I knew then that she was dead.

All along she has been a problem, but I stuck with her through the bad moments and we had some great ones together.  But now, with every body panel damaged and now the engine toast, she is not even useful as a parts scooter.

I think I will keep her and hang her on the wall.  Vanessa is now a work of art.

It had been more than a year since I had read a book, cover to cover.

The last one was probably Lassoing the Sun by Mark Woods, a columnist in the Florida Times Union, the Jacksonville newspaper.  That was a fine book about a year spent trying to understand the past, present and future of the National Park system.  During that year, Mark's mother was diagnosed with and died from cancer, adding to the story while causing much pain.  I contacted Mark later and invited him to lunch with me to talk about writing a book as I was considering writing one about my 2014 Scooter Cannonball adventure.  He made a fine lunch companion as we talked for over an hour.  I should do it again. 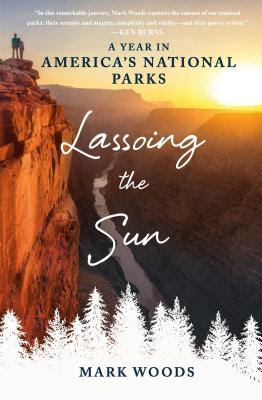 After that, I had an appointment with my eye doctor and had new glasses made.  These never worked as the reading part of the progressive bifocals was ill placed causing the works to look a bit blurry, causing eye strain reading or working on the computer.  That, plus the fact that the TV is so much easier to use for entertainment.

I went to the eye doctor a month ago and had a new eye test and glasses made.  These are nearly perfect, so reading books, iPad and the computer is now a pleasure.

This past week Sarah rented an oceanfront condo for us to use while Kylie was in town from her home in New York City.

Sunday morning I tried to watch the Hungarian Grand Prix, a Formula 1 race, on television.  I couldn't get it to come on so I abandoned the effort.

I had seen some books in the residence and picked up one that looked readable.  It was Moscow Rules, a spy novel by Daniel Silva.  It was a good read that I got through on Monday morning.  It was set in Italy, France and Russia with well written characters and plot.

Getting in the mood to read on this week off, I looked for another book and settled on one recommended by the nice lady working in the office.  It was Invisible, by James Patterson and David Ellis.  This one I wanted to abandon several times while reading as the antagonist was a terrible person who was torturing and killing other characters while the protagonist was a strange woman who figured out the string of murders.  I simply don't enjoy reading about torture and murder.  But I carried on to the finish where the twist was stupid and contradicted almost everything written earlier in the book.  I hated it but it was an easy, fast read so I made it to the finish. 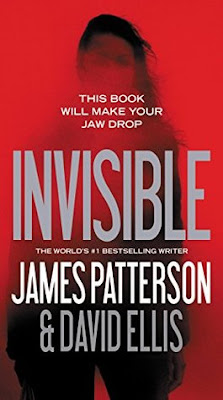 Because I was still in the mood to read more, Sarah recommended Boys in the Boat by Daniel James Brown.  It is a story about poor boys from Washington State who came together to row to a gold medal in the 1936 Berlin Olympic Games.  I enjoyed seeing the hardships that the lead character, Joe Rantz had growing up in the Depression. He was abandoned twice by his family, once when his mother died when he was only four, sent off to Pennsylvania to live with others, then while in high school when his step mother couldn't take him along with his younger step brothers and sisters.   But he survived and became legendary.  It was a fine read.  I wish I had read it before going to Seattle in May.  I would have gone onto the University of Washington campus to see the Husky Clipper, the 60+ foot skull used to win the gold.

Three books in one week was something new for me.  I am thinking of putting a comfortable chair in our little used sunroom at home to use for reading more.
Posted by Bill Leuthold at 12:22 PM No comments:

Changes the Emotions of Riding

It has been more than four months since I returned home after leaving the SCR early, due to my little spill.

I removed the parts on this post about the Scooter Cannonball Run.  It is no longer relevant.

And since the original post, my friend Michael Beattie, Conchscooter to many of us, was in a scooter accident where he hit a car that pulled in front of him.  He is a very good rider.  The accident was 100% the driver's fault.  I doubt anyone of us would have avoided the hit.

He is still in the hospital, recovering from a broken pelvis and femur.  He still can't walk a month after the accident.  It will continue to be a long recovery.

I hope I can ride with him before the end of the year, but it is unlikely.

After my spill and Michael's accident, I was preparing for a two week scooter ride in Spain.  This one included carrying my wife, Sarah, on the back of our rental Kymco Grand Dink.

In the past, similar rides in Italy and Greece, I never considered the potential danger in having her on board.  This year, it was a quiet concern of mine every day.

I am very pleased that we made it home unscathed.  Knowing that, gives me new confidence that I will get back to the carefree rides, but my general attitude has changed.

I am finished with Scooter Cannonball Runs, unless they ease up and go back to pavement and reasonable days.

The future long rides will probably be me riding solo, with only someone like good friends Ken, Drew or my brother David.

While I have always enjoyed long, fast rides, I am finding that I now prefer a more leisurely ride.  I will ride a scooter across the country again, but maybe spend more time in interesting cities and parks.  Stop for lunch in local restaurants.  Maybe even smell a rose or two. 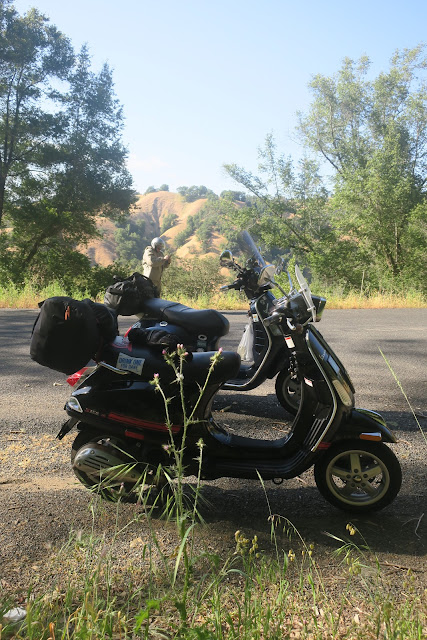 Stopping to see the sights with Mark in California.