SCR Day 8: A mountain ride for the ages

Ken said it was going to be too cold to leave early this morning.  So I did paperwork and tried to book a flight.  I got outside at 6:30 with my bags, then had breakfast of fruit, yogurt and coffee at the team hotel next to mine (everyone changed a few days ago).  I set up Vanessa for the day and took off (not knowing that I had not set up the Spot Tracker, so nobody could follow me on followride today.  Bummer)

I took off into the hills and prairies of northern Wyoming running fast without the horrible headwinds of yesterday.  Hit 78 mph on several downhill runs so she can still run.

The first checkpoint was a non-descript side road.  It turns out that I had the best score for the leg. On the leg I caught and passed the Seattle guys all riding Yamaha Zumas, then Ken and Christopher, then Sean, who would later have issues with his scooter. 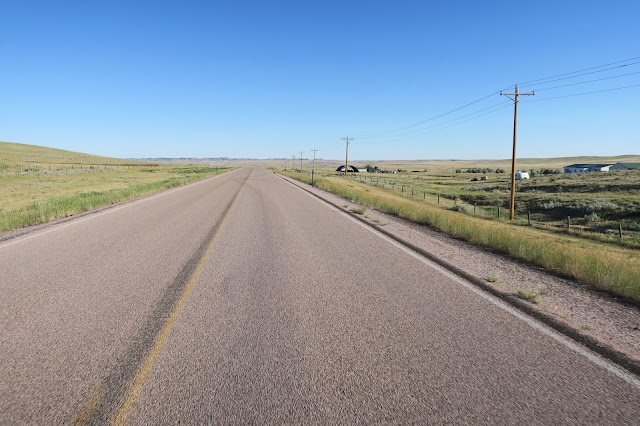 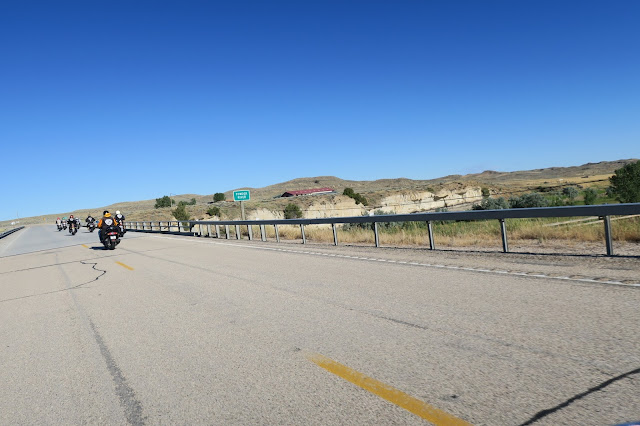 I caught the Seattle boys on their Zumo scooters. 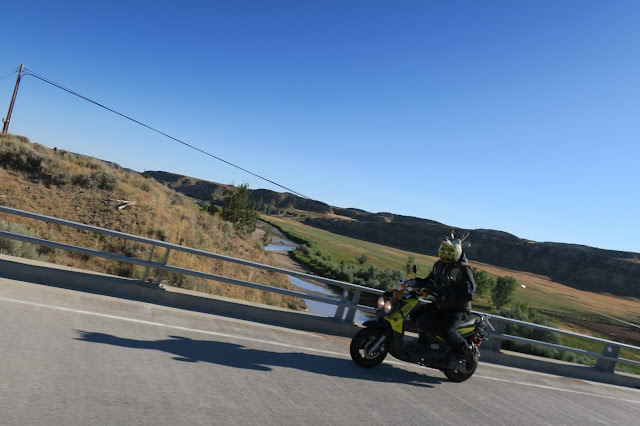 One of the Seattle riders 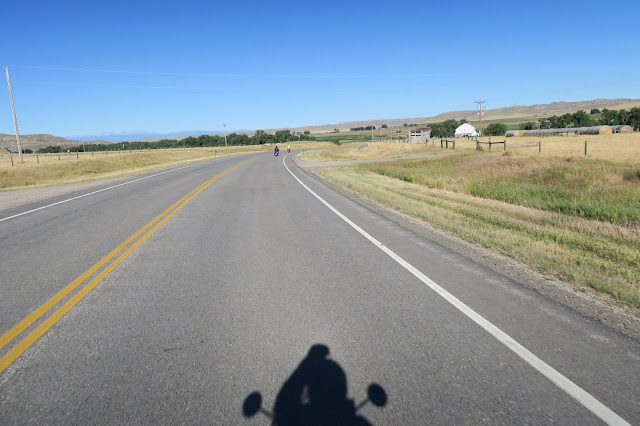 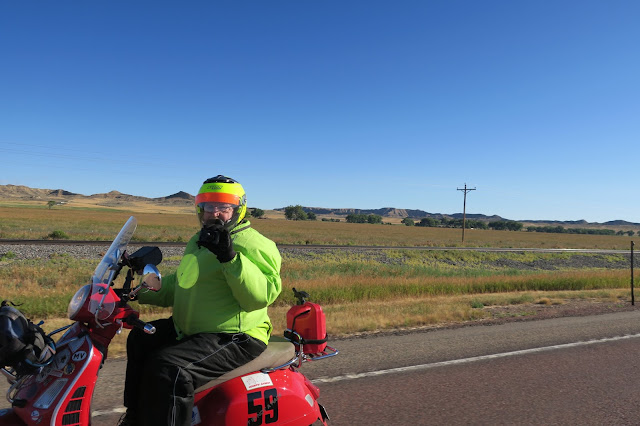 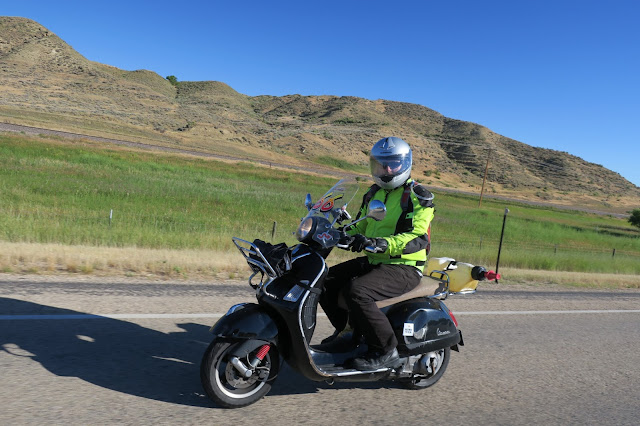 Where it got fun was heading into the mountains at Bighorn National Forest.  We rode in on 14, then turning onto 14A for a mountain ride to remember.  I was passing all of the cars heading up at the lower altitudes, then saw few cars later.  I rode with Sean for a while, but near the highest altitudes, his scooter stopped running.  I asked if he was ok, then got an ok from him and carried on.  But at that moment, Walt appeared from behind on his 155cc Yamaha Smax.  Those things are amazing.  He followed me down at breakneck speed until I could pull ahead on the flats at the bottom. 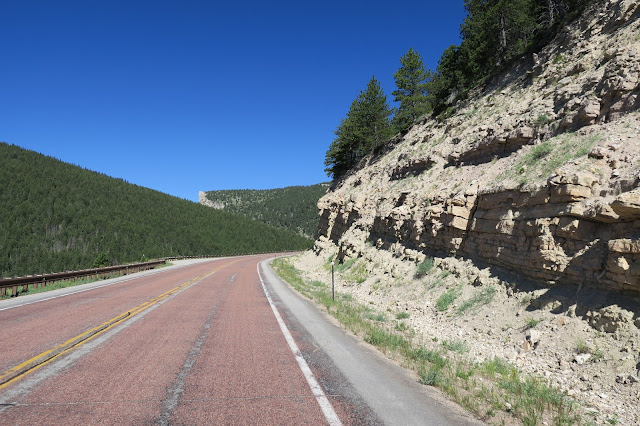 On the mountain.  Going up was too intense to take photos 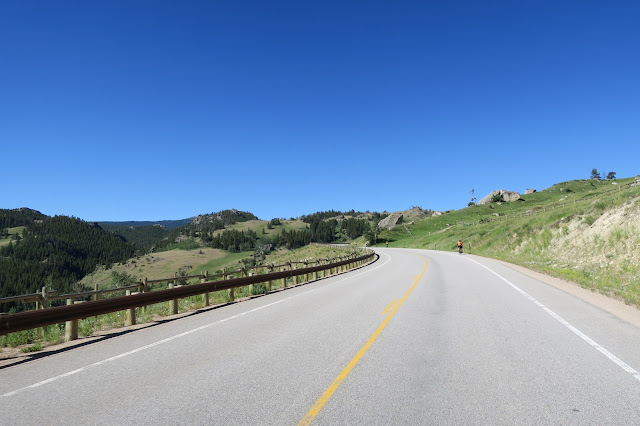 A bicyclist on the mountain 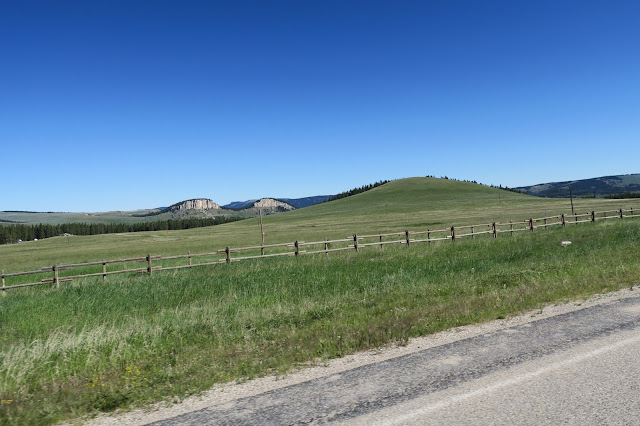 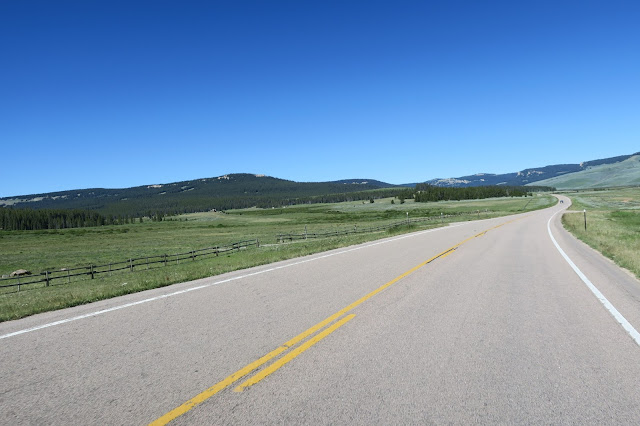 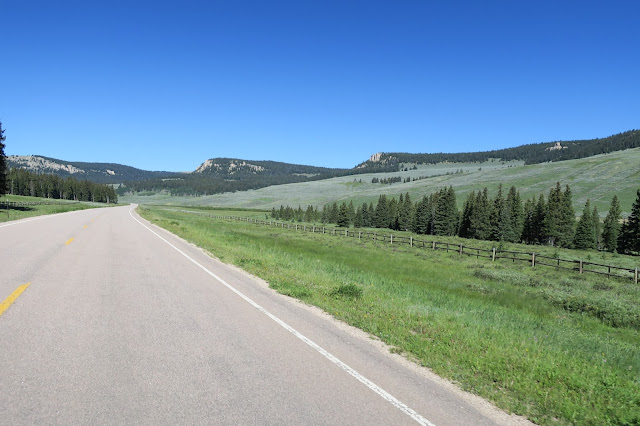 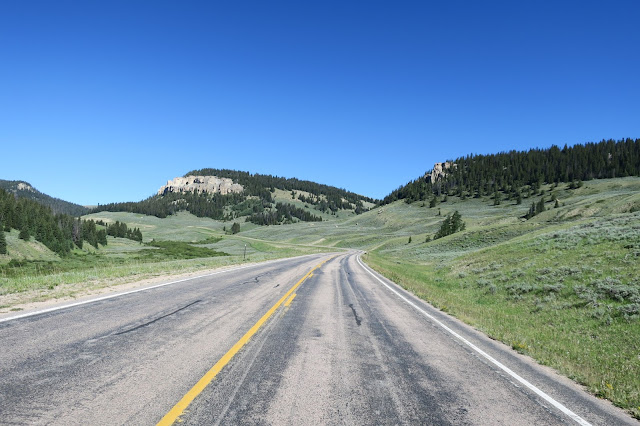 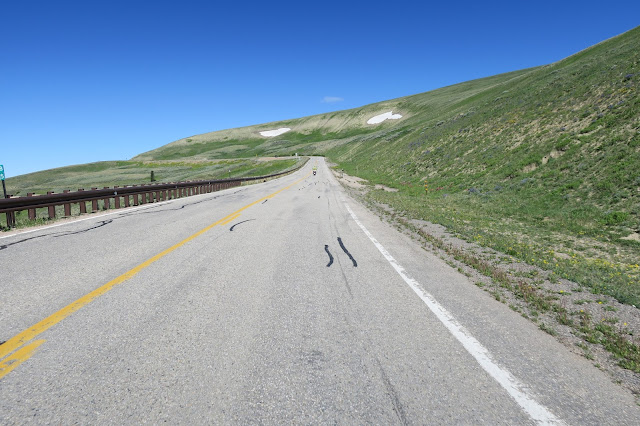 Sean had passed me at altitude.  Here he is just before his scooter stopped running 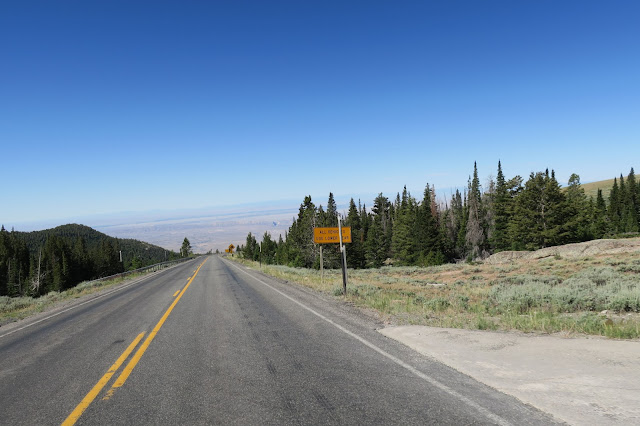 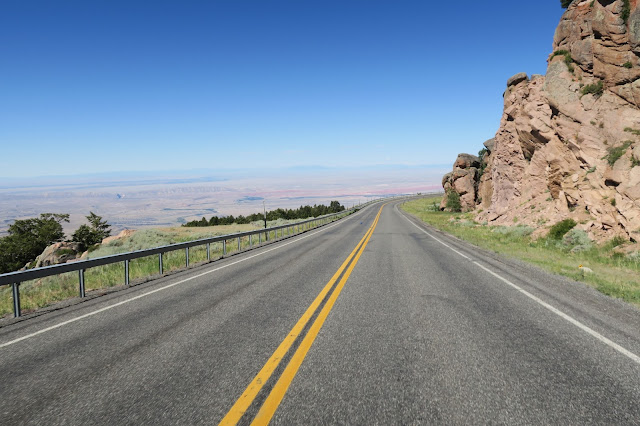 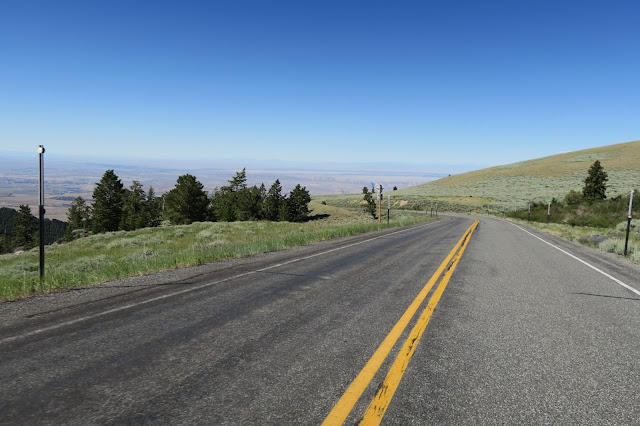 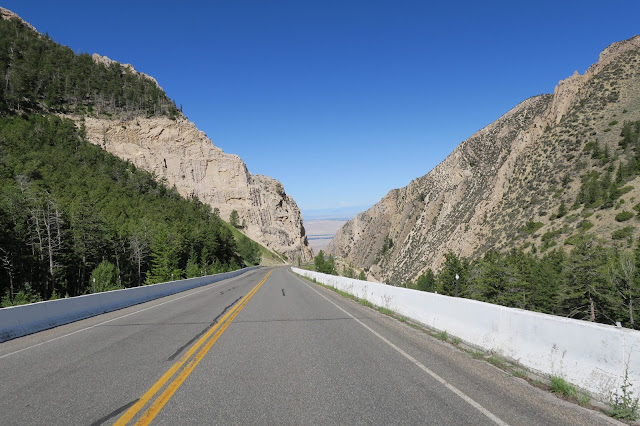 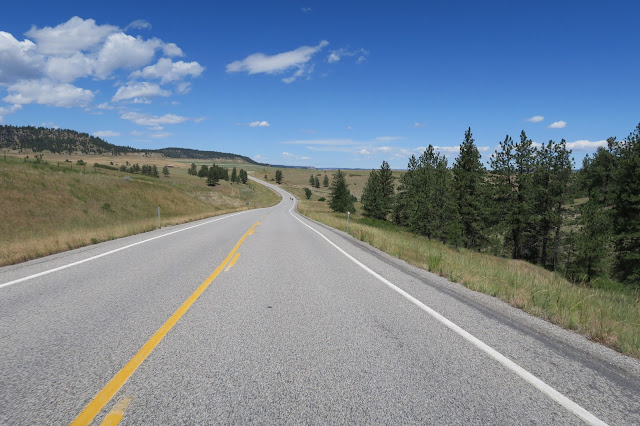 At the bottom catching Kevin and Juan.

Checkpoints three and four were mundane after the mountains.  The only memorable parts were running with Kevin and Juan.  I caught them on 421 but they were faster into the wind on I 90 and pulled ahead.  CP-3 was on I-90 that we all took heading into Livingston.  Unfortunately, the strong headwinds returned, holding Vanessa to a max of 65 mph, as slow as 55 for the last 50 miles to the finish. 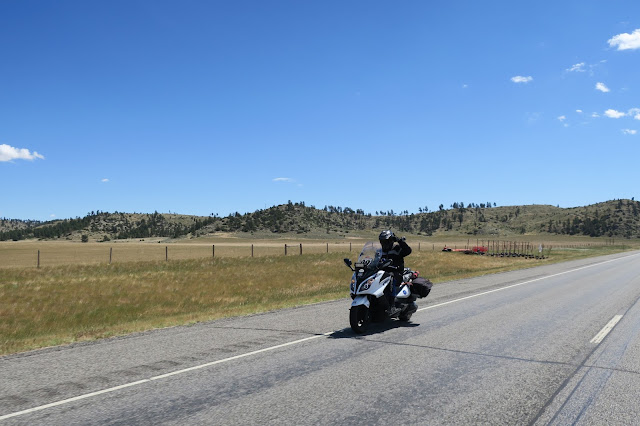 Juan on his loaded down Kymco 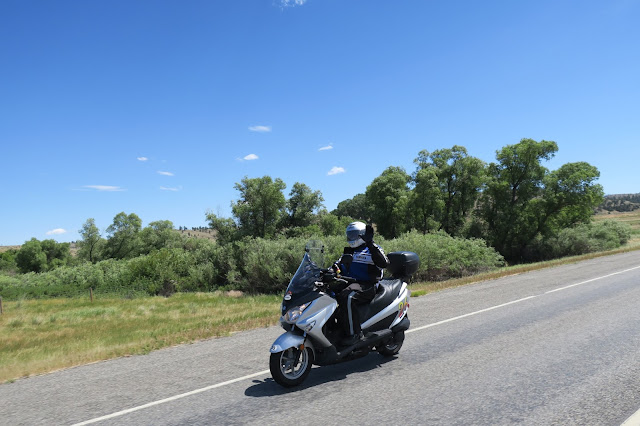 Kevin and his Burgman 200

After arriving at the hotel, I rode into Livingston to see the town where Drew and I had drinks after dinner three years ago.  It remains a good one.  Then several of us had dinner at Gil's.  Very good burgers and a salad. 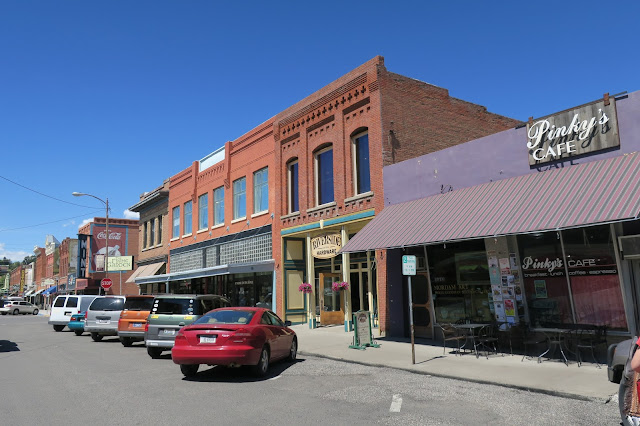 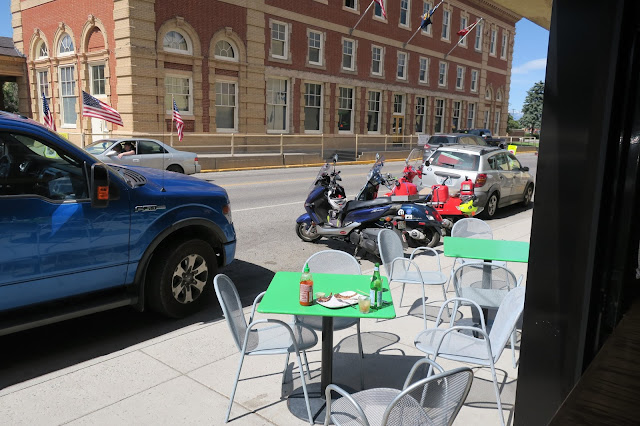 Three scooters in front of Gil's in Livingston, Montana.  We didn't trailer them there.

Posted by Bill Leuthold at 8:41 PM