SCR Day 5: A day of problems

Day five started with me feeling a little slow.  The spark plug issues were not really resolved, so I headed off, much later than usual, with some trepidation.

It began well, running west from Nevada, Missouri.  But I turned north on what I thought was a typical county road, only to find it was an interstate highway.  A very strange one too, as I rode more than 50 miles and saw 4 cars in my lane the entire way.  So none of the usual highway truck turbulence or traffic.  Instead a very nice highway.  But not what I needed.

After turning off the highway I headed west on 68 to Ottawa.  There I first headed south on a Garmin programming error, then found the scooter's engine cutting out.  I stopped and put the spark plug cap back on the spark plug.

As I was headed to Checkpoint 1, I got the camera ready and got an "Insert Battery Pack" message.  Not what I needed then.  Luckily I had my iPhone and took photos, but it necessitated a stop of several minutes.

Checkpoint 2 was in downtown Manhattan, Kansas.  Repeat on the replace the spark plug cap.

For the photo, I got out my nice Canon camera and connected the lanyard to keep from dropping it on the highway.

As I headed north from Manhattan, I came to an intersection where my new nemesis Walt (just kidding) was riding with Mark and Matt.  I got on the road and quickly caught them.  After passing Mark, I had a small crack of an opening and passed the car ahead too.  I ride alone in these things because riding with others brings out the racer in me.  I try too hard and don't make the best decisions.

The landscape in west Kansas and Nebraska is mostly rolling hills and farms.  Quite pretty, but the roads are all arrow straight with 60 to 75 mph speed limits making this day a top speed challenge. I lost much time to Walt and Bob, the current top riders.

As I rode through Beatrice, the cap came off again, making for another unnecessary stop.

I got to Lincoln at around 1:30, where I found most riders already there.  So a poor performance day for me on roads that were not much fun.

I traded messages with Dave, (Feb31st) and decided to replace the spark plug.  Robert (Madison Sully) was in town and assisted me by doing most of the work.  The old plug was rusty and the cap was loose.  As soon as we held it for a minute, the cap came off entirely.  I am lucky that I made it all the way to Lincoln today.

Lincoln is the capitol of Nebraska.  The capitol building was designed by New York architect Bertram Goodhue in a Beaux Arts style that incorporated many styles without the usual capitol designs including Greek and Roman classical influences.  I rode with Robert to take a few photos.  then he, Gary and I had a very good pizza at Old Chicago, a restaurant downtown,  It all made the day better. 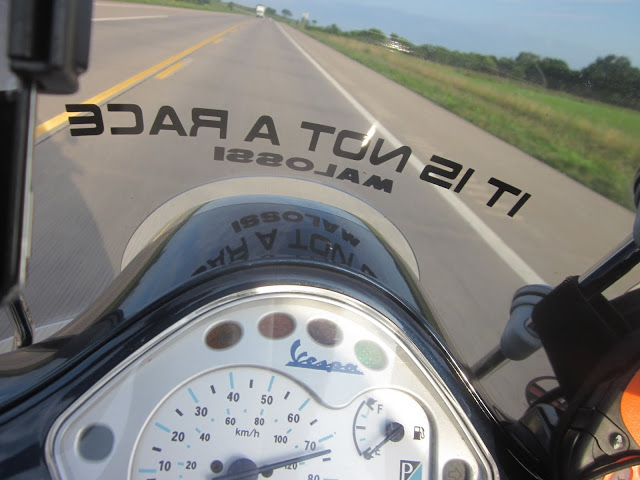 It is not a race 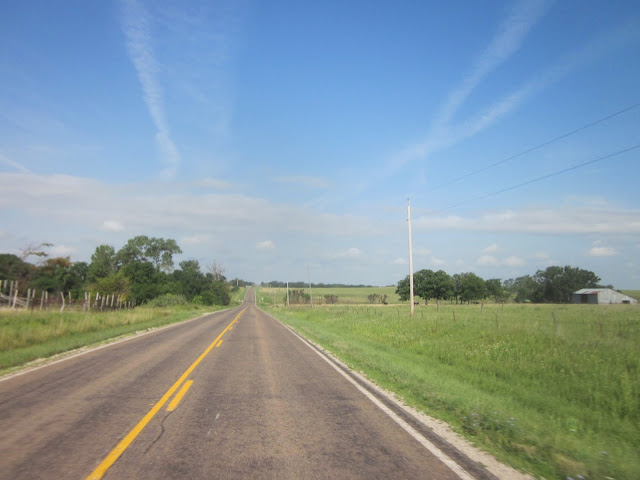 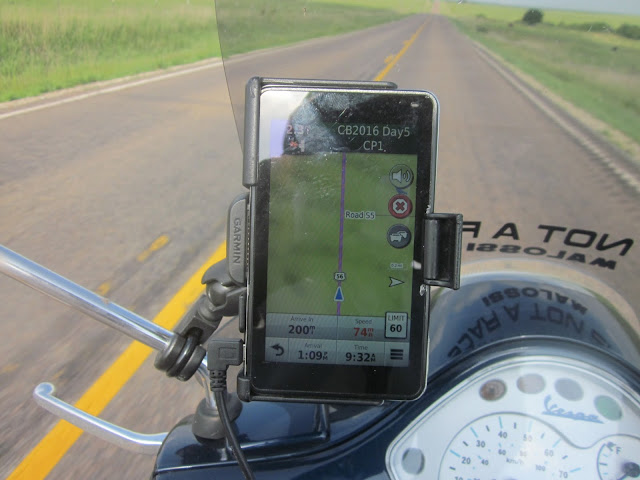 The last shot from the little Canon 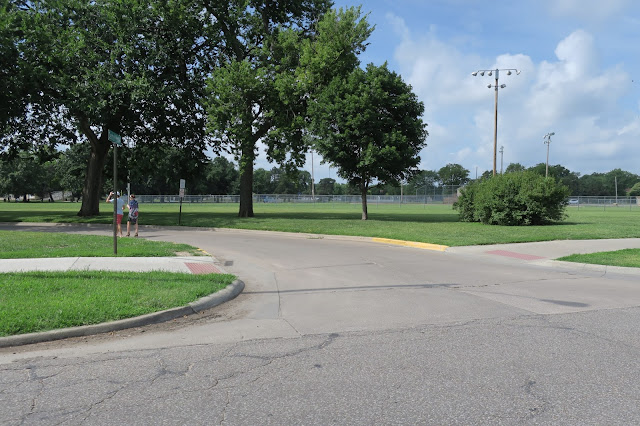 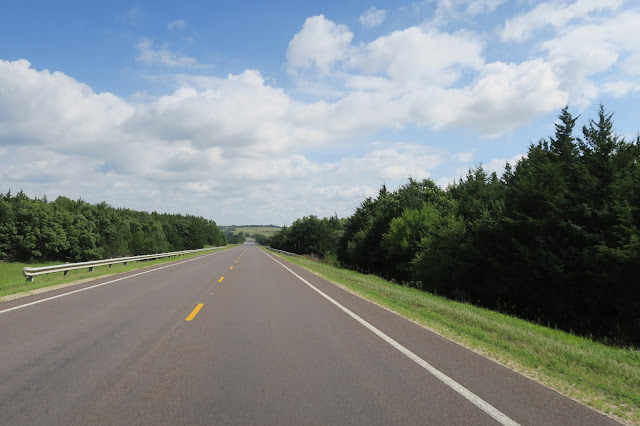 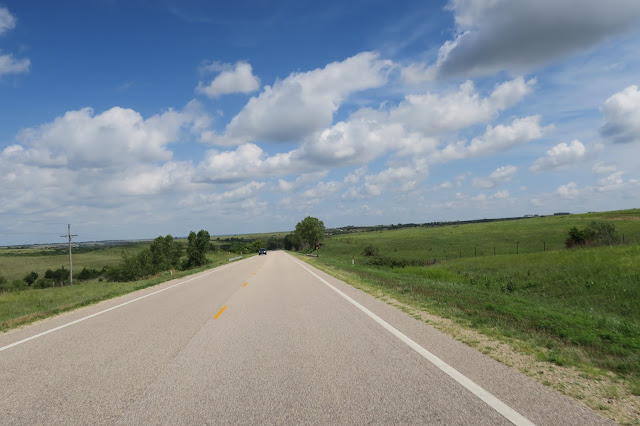 Nebraska.  Not much different 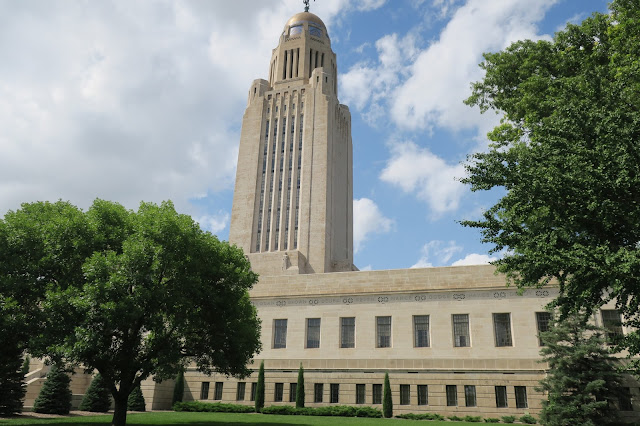 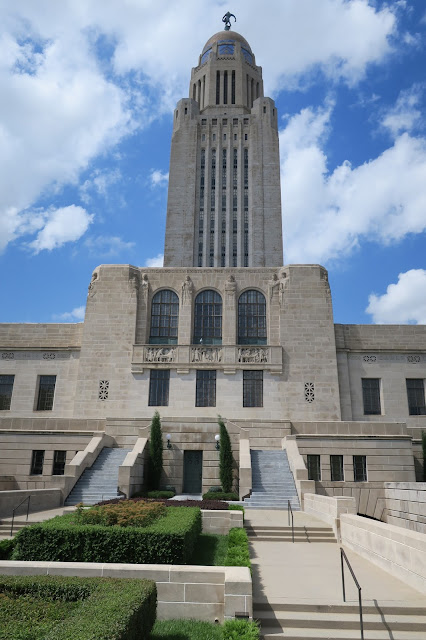