Day seven started in Valentine, Nebraska.  I hadn't slept well and was not sure how to prepare for the weather.  I was ready for hot weather, but today was to be cool and windy.  I decided to wear my usual t-shirt and mesh jacket, but changed to heavier jeans at the suggestion of Walt.

I left with Walt and headed out into the vastness of western Nebraska.  It was calm enough but cloud cover kept it cool.  I could see a light strip of sky between the horizon and the clouds and held out hope that a warming sun was coming my way.  It did come, making the run to the South Dakota border much more pleasant. 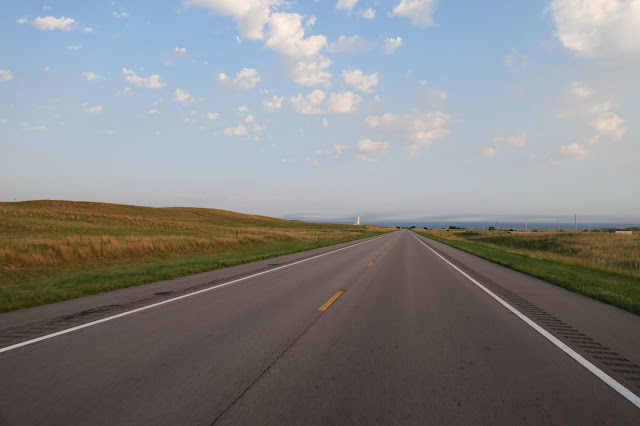 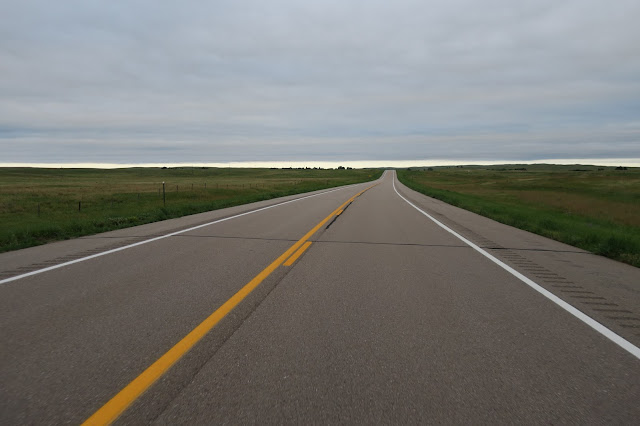 That little band of white was clear sky with warming sun

I ran through checkpoint, followed quickly by a side of the road bathroom break.  Two cups of coffee before starting...not recommended. 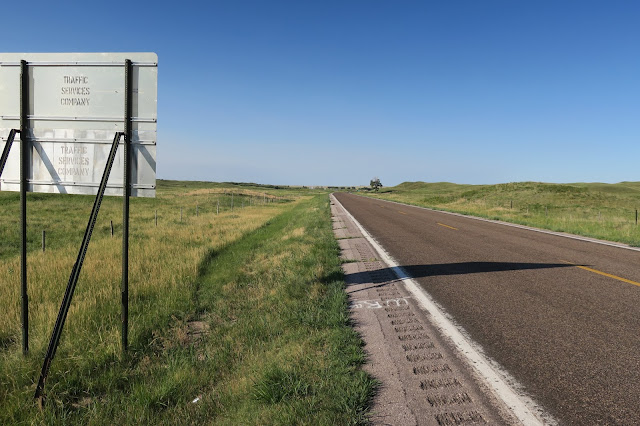 I was running low on fuel too and wanted to make the 350 mile day on two fuel stops.  I saw a town ahead but Garmin showed no fuel stops.  I found one, an old mom and pop gas store with only regular fuel and no card reader.  I went in and gave the attendant $10.00, then went to pump the fuel.  It took almost $7.00 so I went in for change but she was gone.  No problem. Time is of the essence.  The 2.5 gallon fuel tank took 2.55 gallons. 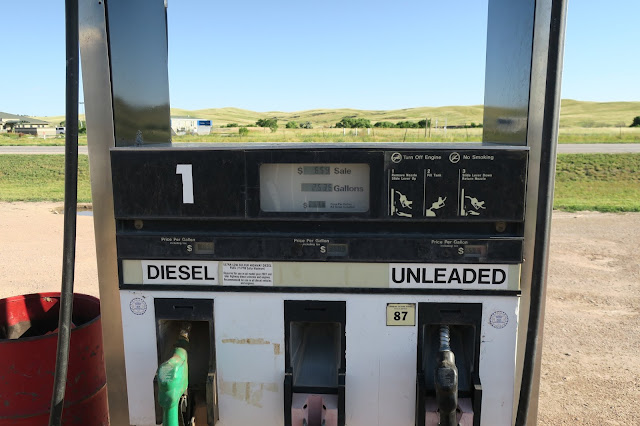 Check Point 2 was Mount Rushmore.  We skirted Badlands National Park heading that way, then into the Black Hills,  I took many photos of both but the roads were so bumpy in some places that I had to hold on tight, missing some nice shots. 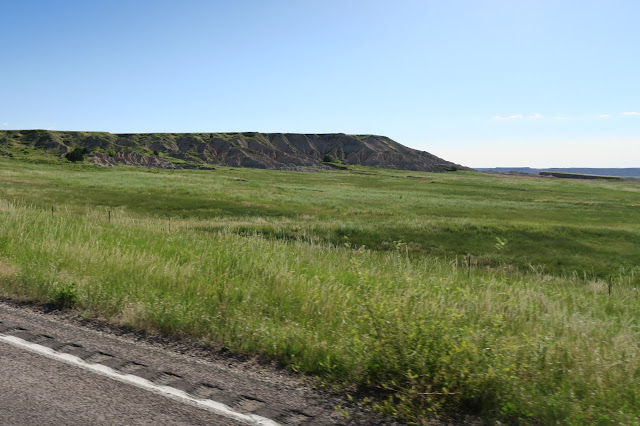 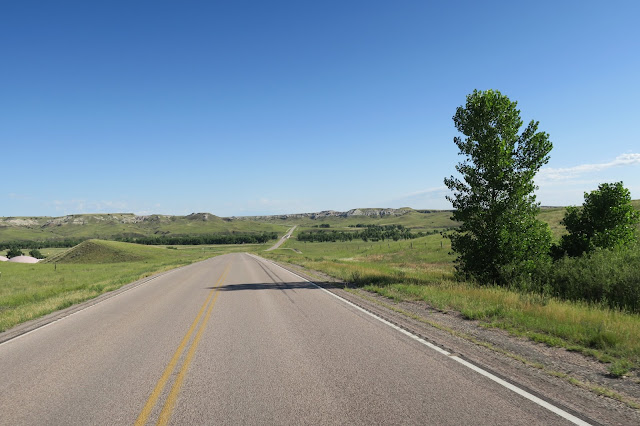 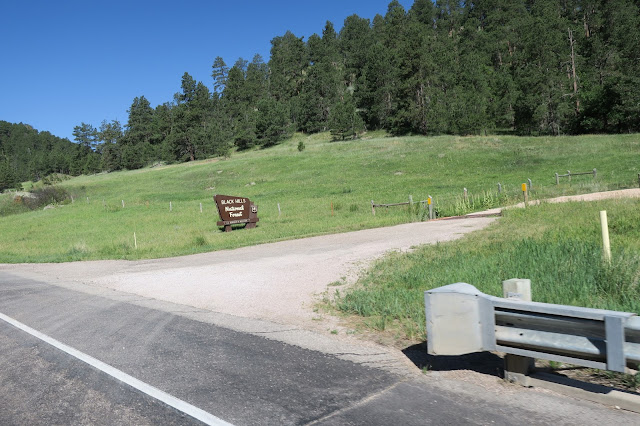 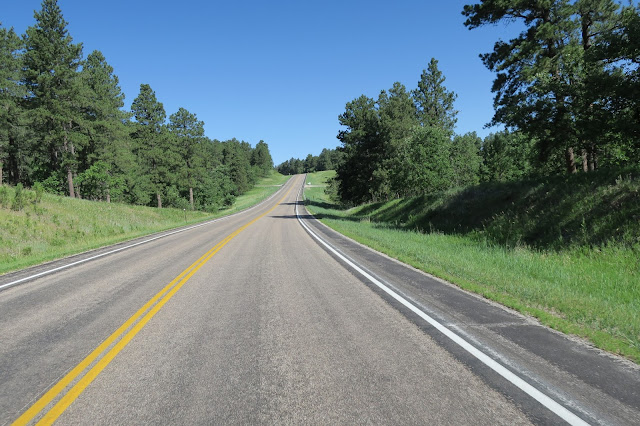 Nice change from the prairie 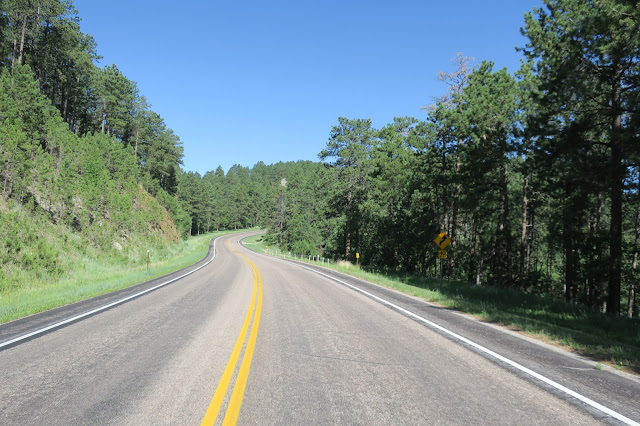 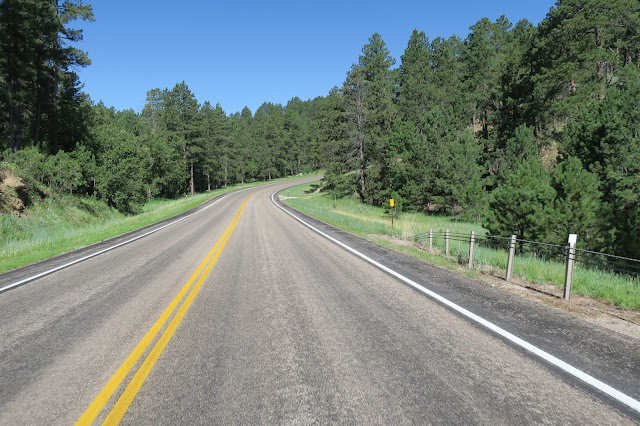 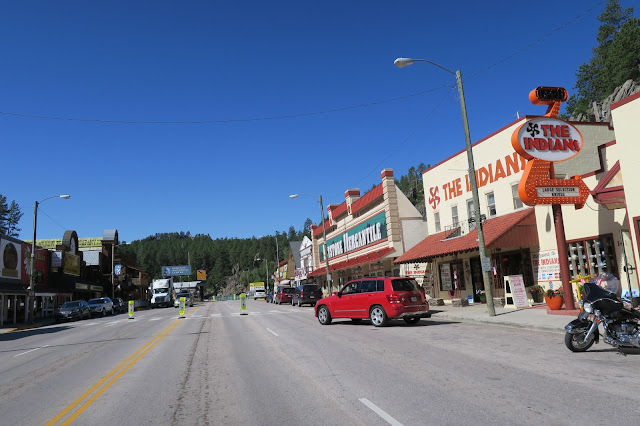 The tourist trap of a town called Keystone

As I got closer to Mount Rushmore, the grades were so steep that on several grades I couldn't top 40 mph.  On one 30 mph was my max.

Mount Rushmore was something.  I got several good photos from Vanessa that are posted below. 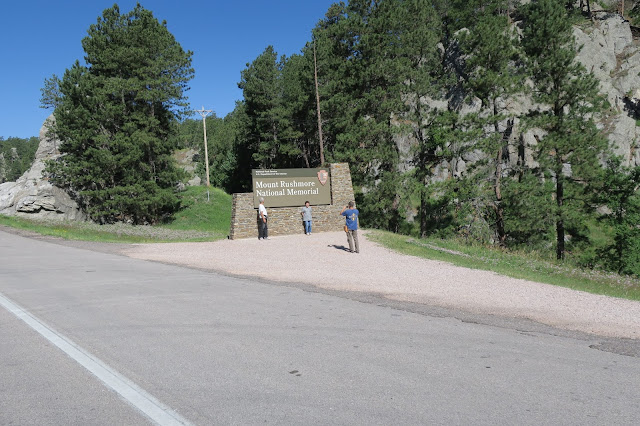 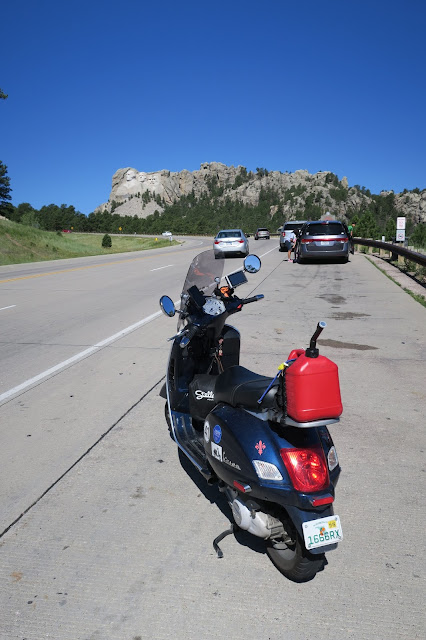 Vanessa in front of Mount Rushmore 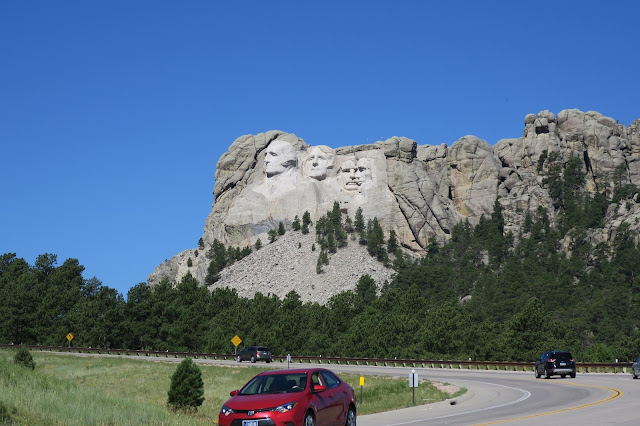 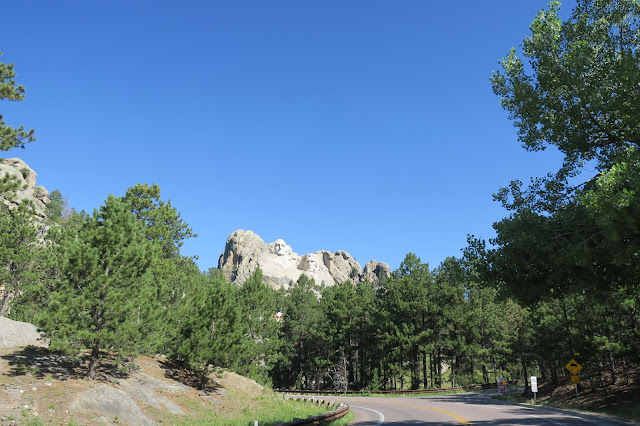 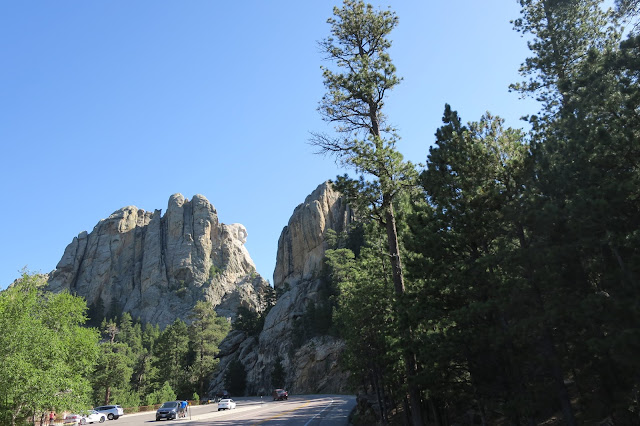 Riding from there to the hotel in Gillette, Wyoming, the wind was strong.  High wind warnings were on one highway and they were real.  I easily lost 10 to 15 mph off Vanessa's top speed.  We were even passed by a Harley, something that never happens. 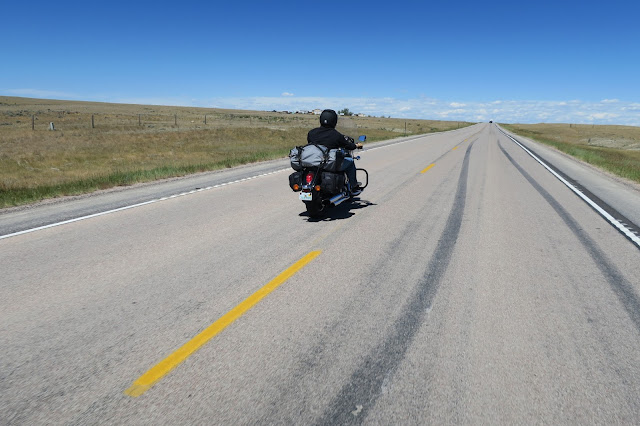 The wind and grades slowed us down so much that I got passed by a Harley. 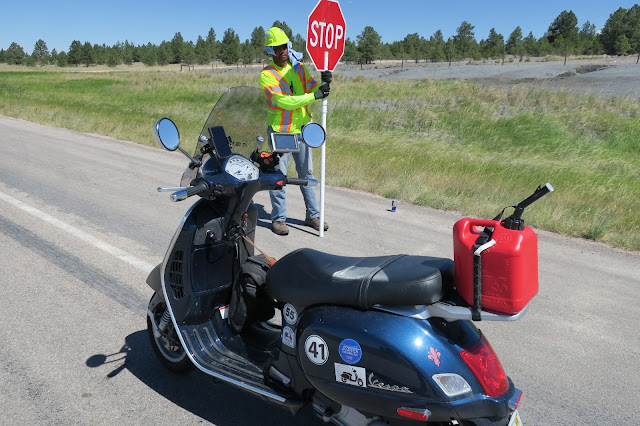 I usually hate these single lane closures but I was falling asleep while riding.  The 9 minute break was well timed

Ot was harder than usual as the usual smooth, fast machine felt very weak today.  It made for a long day.
Posted by Bill Leuthold at 7:17 PM