I started a little late for me as we had a mix up.  Gary left thinking I had loaded my gear in the support car.  I called him and he returned.  Then off I went on Vanessa.

The official route was through some slow roads, so I opted for the Google Fastest Route between start, checkpoints and finish.  So I rode on interstate highways to the first checkpoint, where I ran into Ken changing a spark plug on the side of the road. 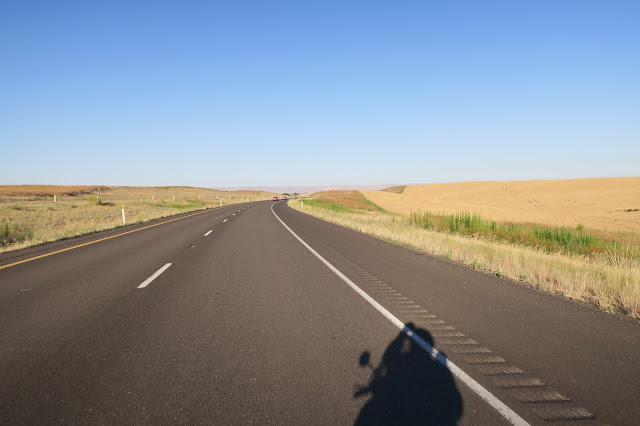 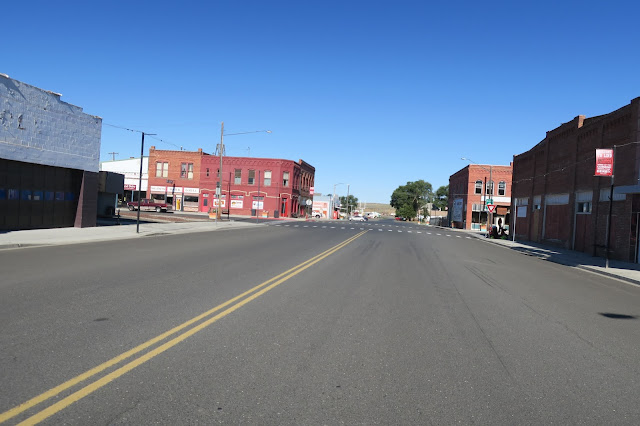 
I didn't see a gas station there so I decided to ride on and use the spare gas can for a fill up alongside a giant wheat field. 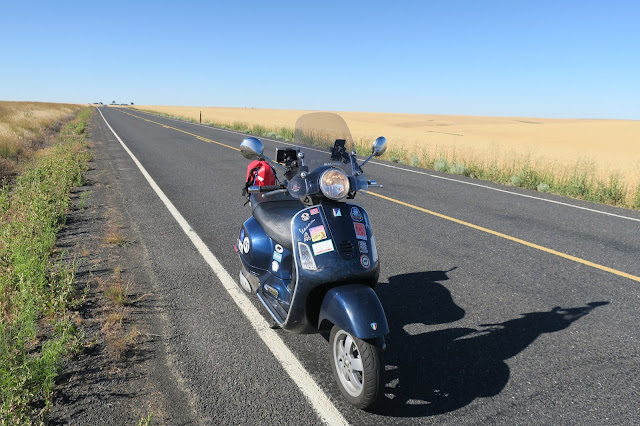 Refueling in a wheat field

Parts of this road were nice but it was mostly running through traffic into little tourist towns. 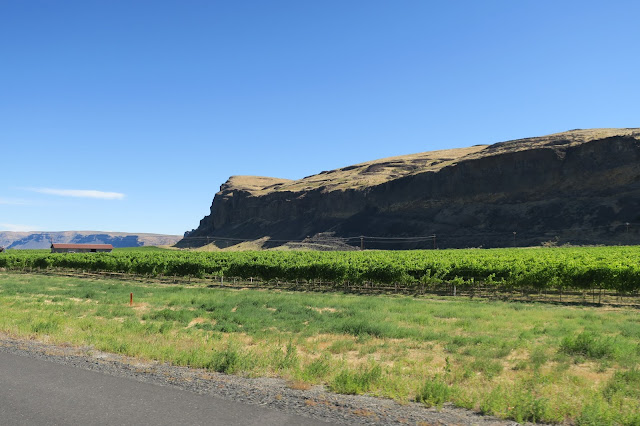 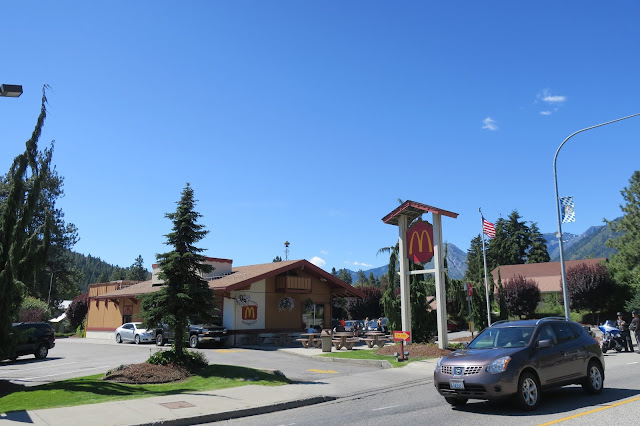 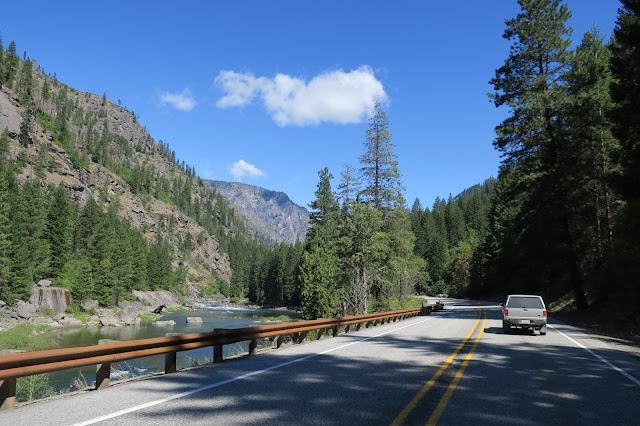 Riding along the river

And once into the Seattle area, nothing but traffic to the finishing line at the ferry terminal in Mukilteo.

I was second in, Walt beat me by a few minutes. Ken's wife Vicki was there too. 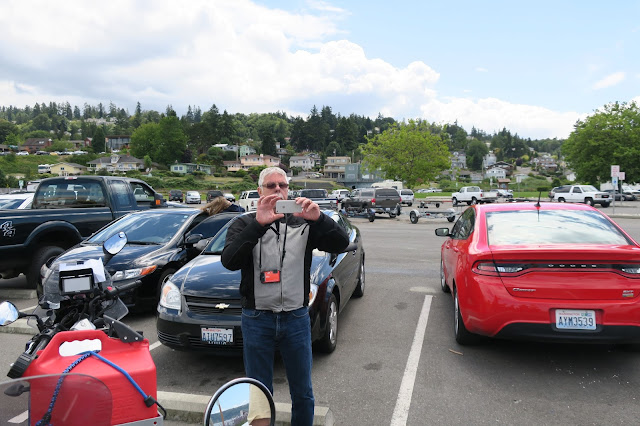 Walt at the finish 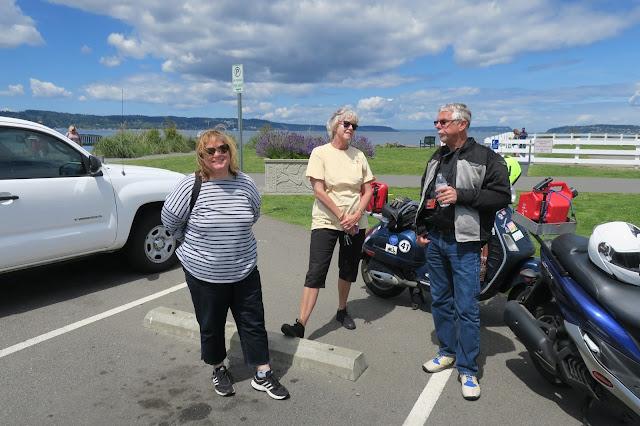 A visitor, Vicki and Walt 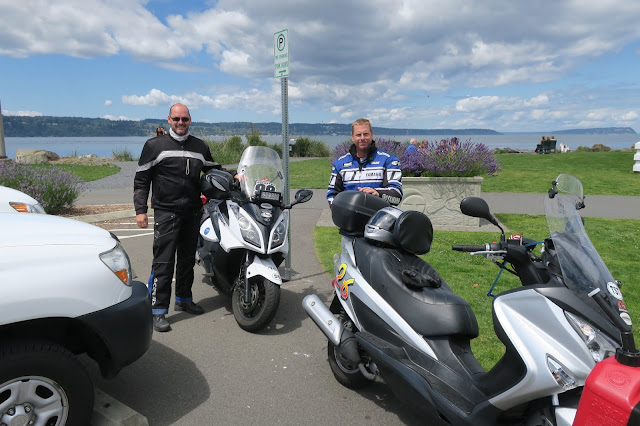 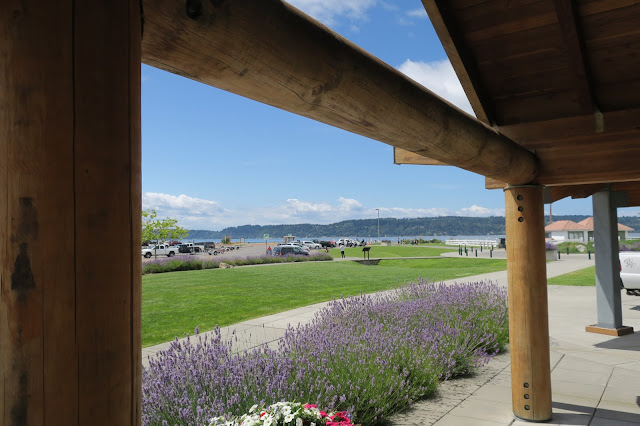 Pretty view of the finish 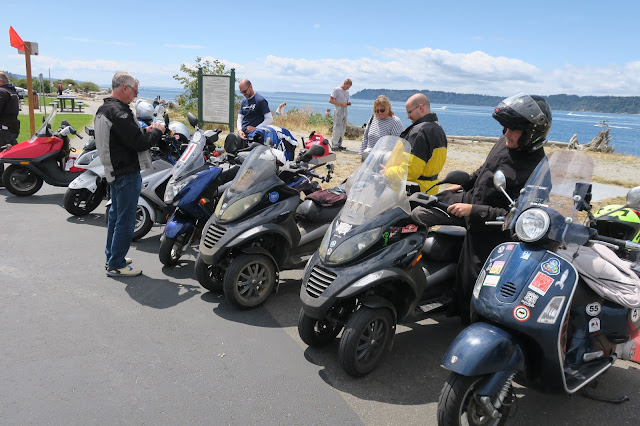 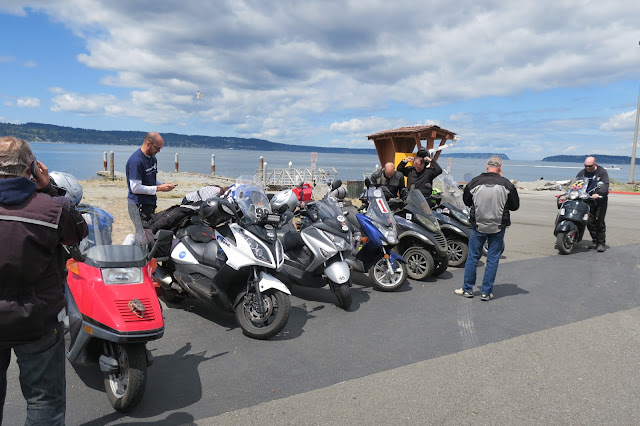 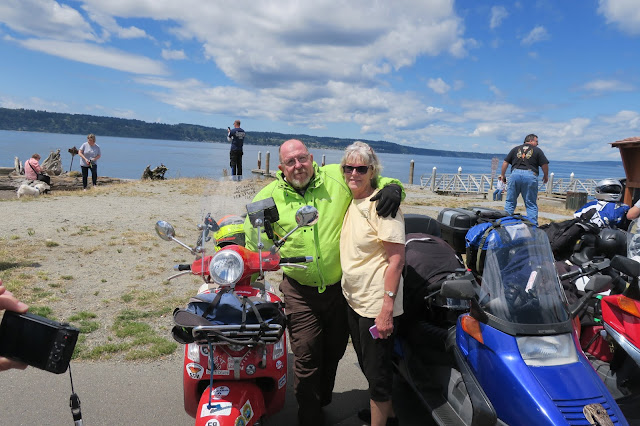 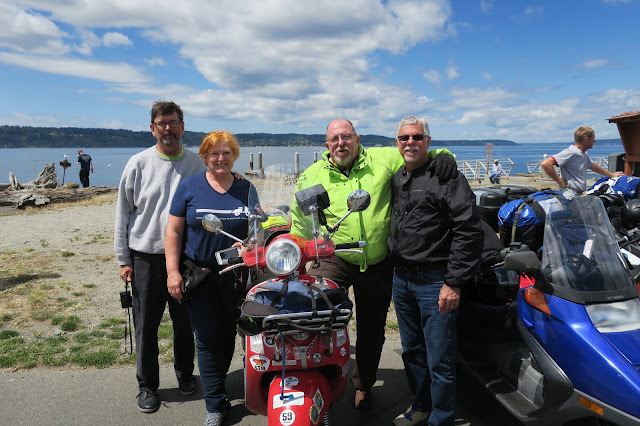 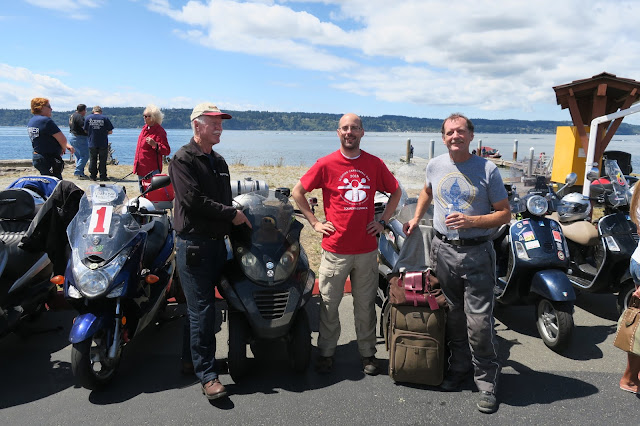 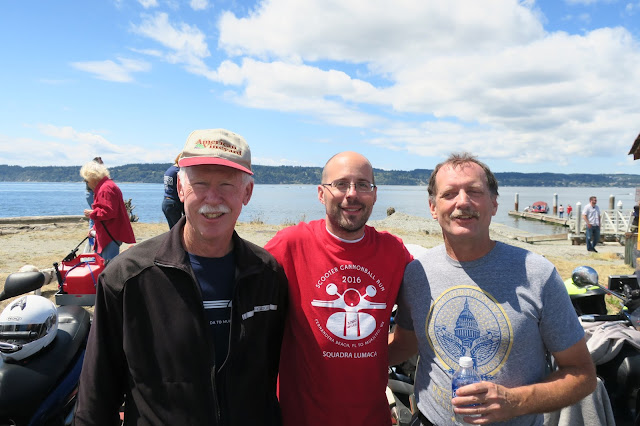 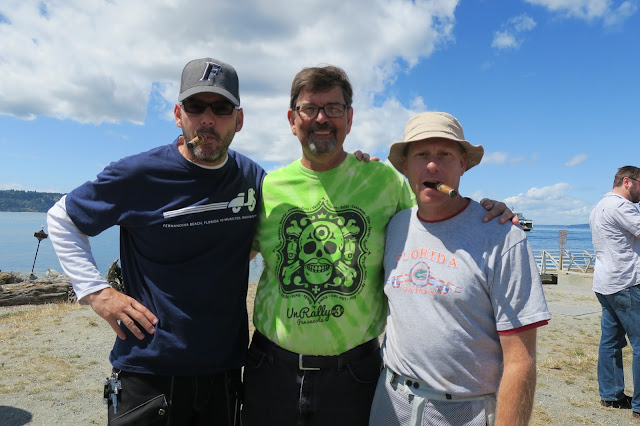 Juan, me in Jami's shirt and Kevin 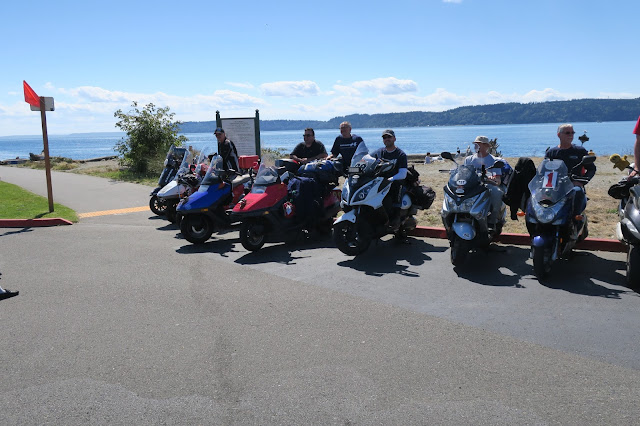 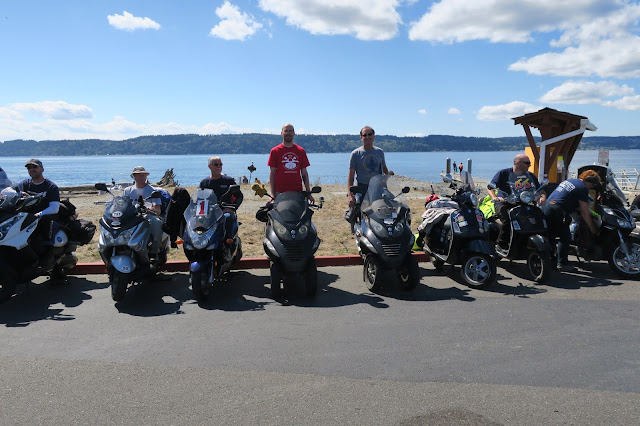 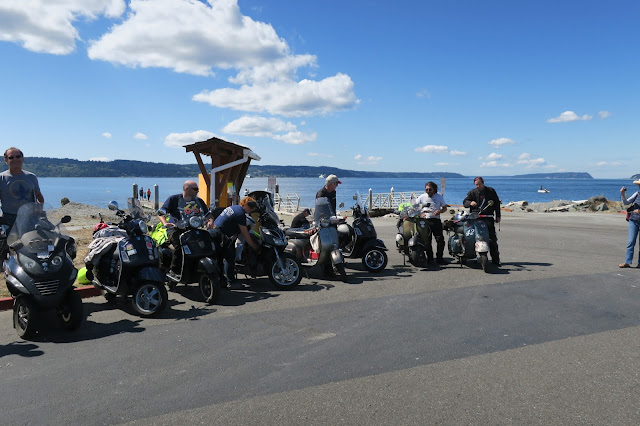 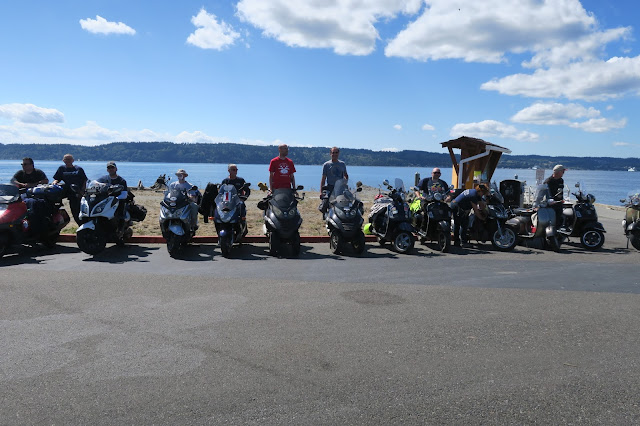 The Gainesville boys, Juan and Kevin, arrived soon after me.  I had passed them on 2 earlier.

Then Ken, Mark and Matt.  Before long we had nearly 20, with the remainders coming after we broke up after two hours.

We all had dinner at an Irish Pub across from the hotel, then I did my touristy thing by riding into downtown Seattle to see the place. 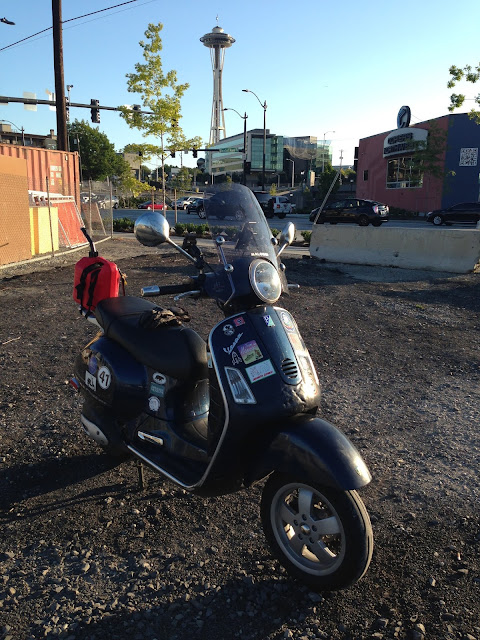 Vanessa was spectacular on the run.
Now she stays with my cousin, Drew, until I retrieve her next year.

Posted by Bill Leuthold at 9:47 AM