Ready for the Cannonball start

Everyone has made it to Fernandina Beach for the start of the 2016 Scooter Cannonball Run.  Well, almost everyone.  Several had to drop out over the past few months.  The latest was Feb31st, who broke his foot while working in his yard yesterday.  His brand new Vespa is sitting in my garage, awaiting pick up later in the summer.

The participants are coming from all over the country.  At least one from Canada.  There is Team Hawaii too.  The Highway to Heal team from Seattle is an interesting group.  They will be a breath of fresh air, as they appear to have much fun while riding with interesting helmets.

The rider's meeting went well with Maroy doing his usual fine job addressing everyone's questions.  Yanobobano passed out the shirts, stickers and patches.  These were all based on Kylie's winning design and they look great.

I had run 35 sets of daily guides, expecting maybe 30 participants.  But ran out with three or four not receiving theirs.  Mine goes to one of those. 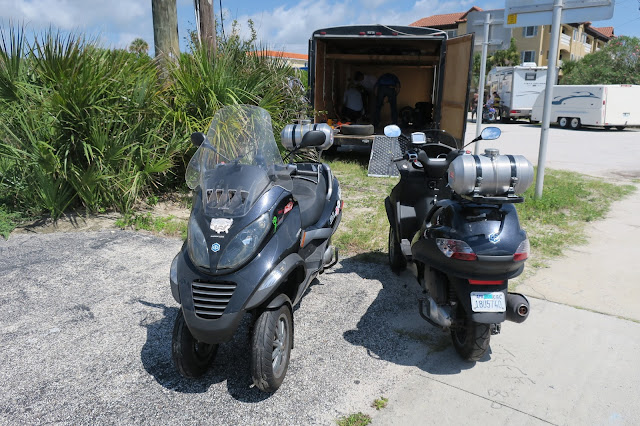 Unloading MP3's for Maroy and 4in6iscool 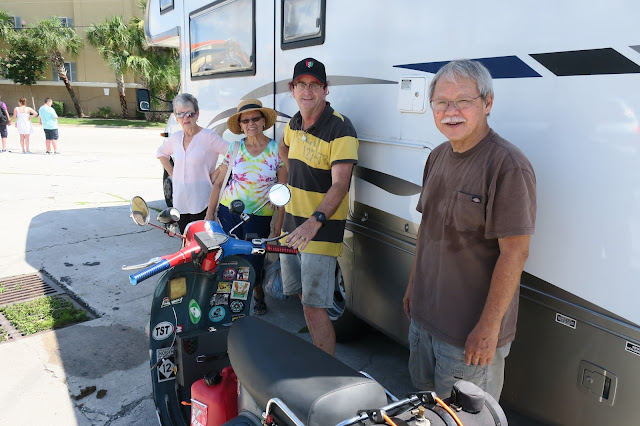 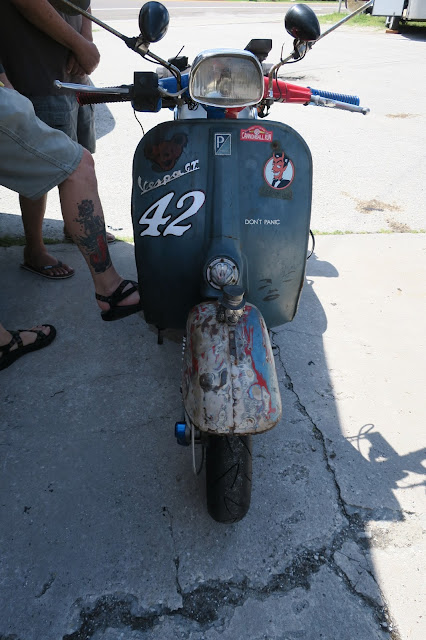 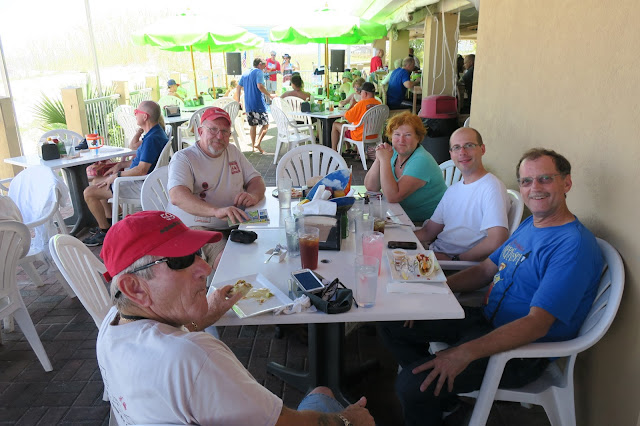 The hottest lunch in history.  It must have been 100F overlooking the beach.  Lostboater, CDwise, 4in6iscool Maroy and Captain Gary. 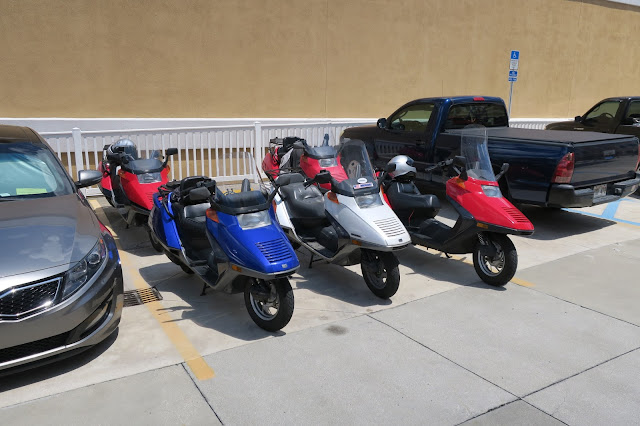 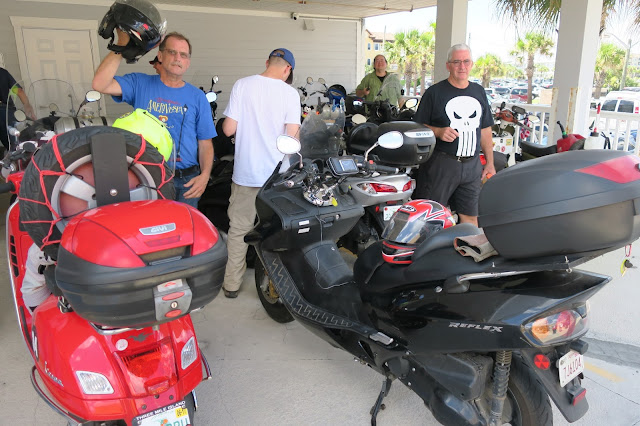 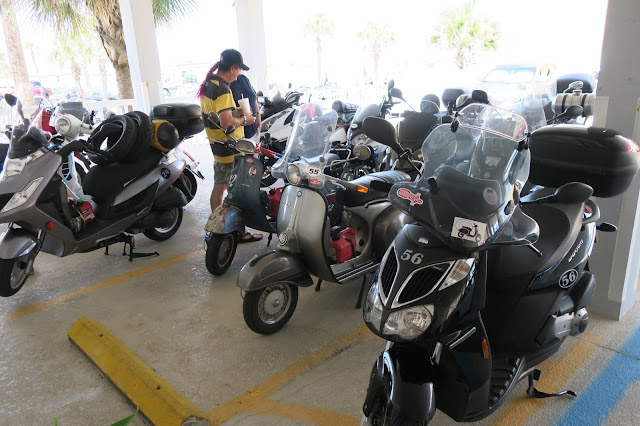 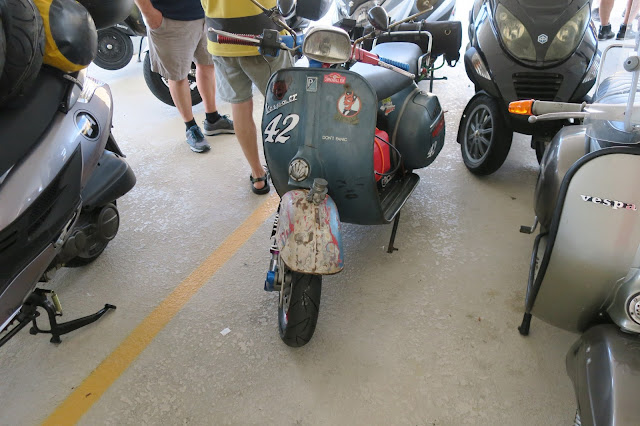 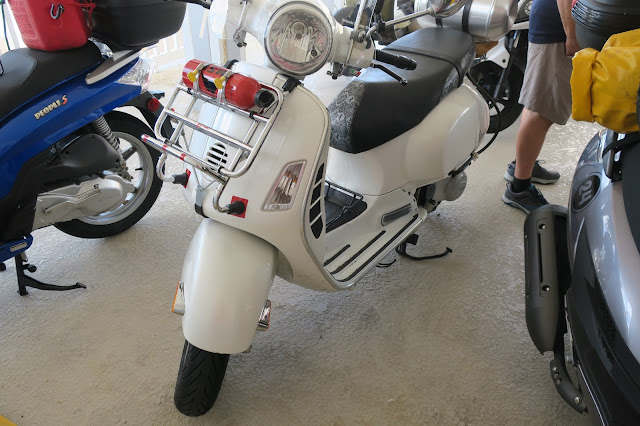 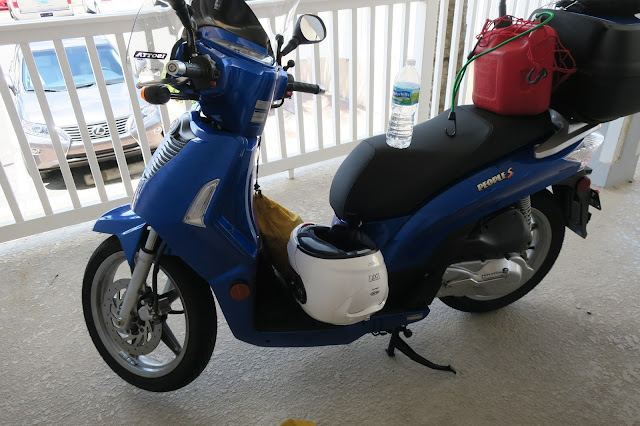 Tromper bought this Kymco People three days ago.  After many problems,
and repairs in my garage, it appears to be ready to go 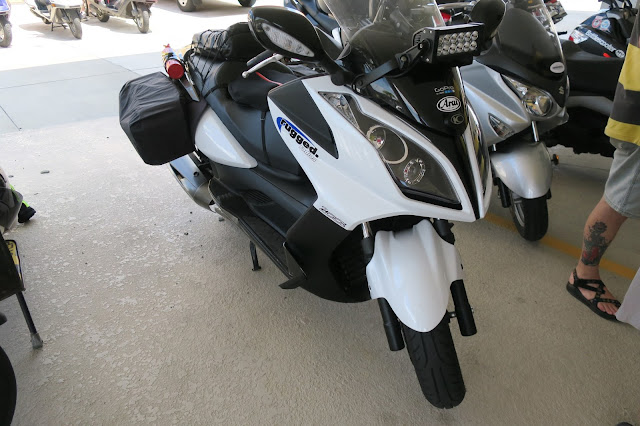 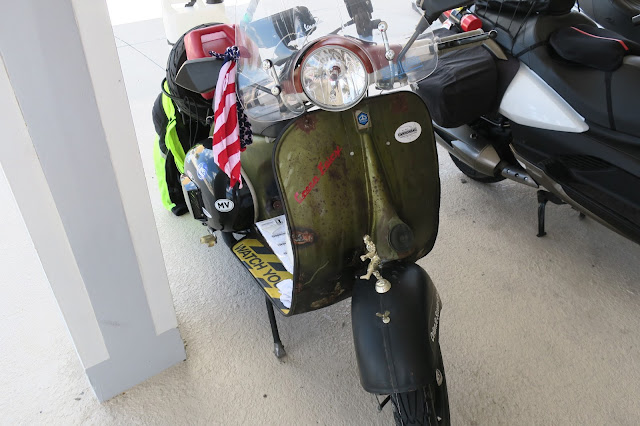 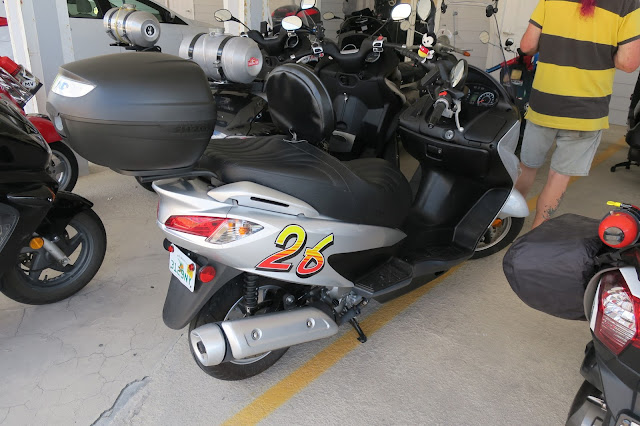 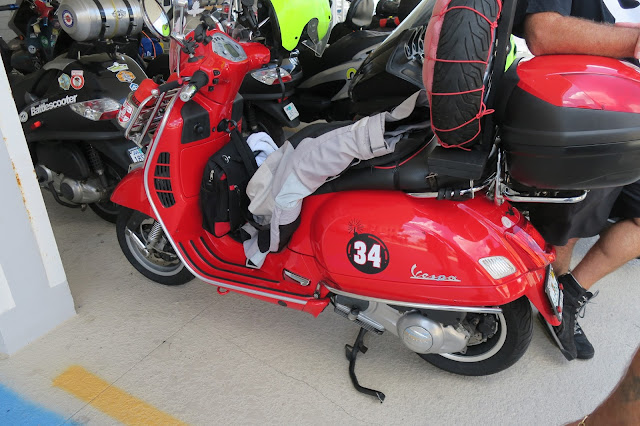 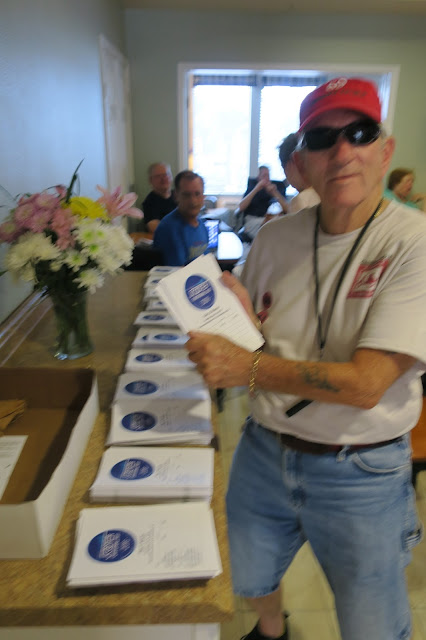 Blurry shot of Gary getting the guide books 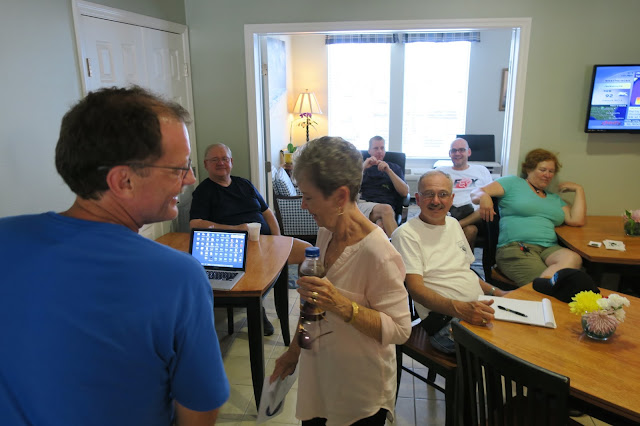 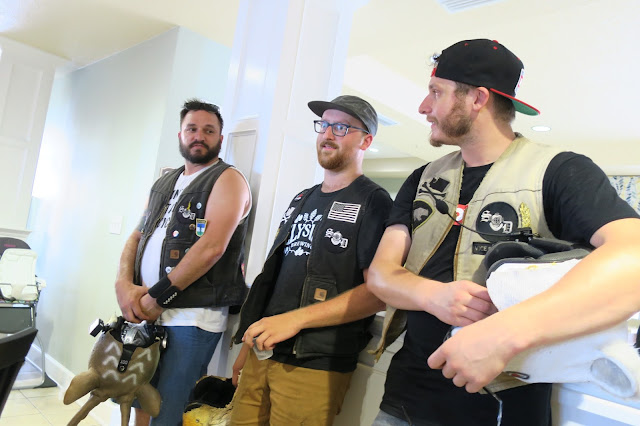 Part of the Highway to Heal team 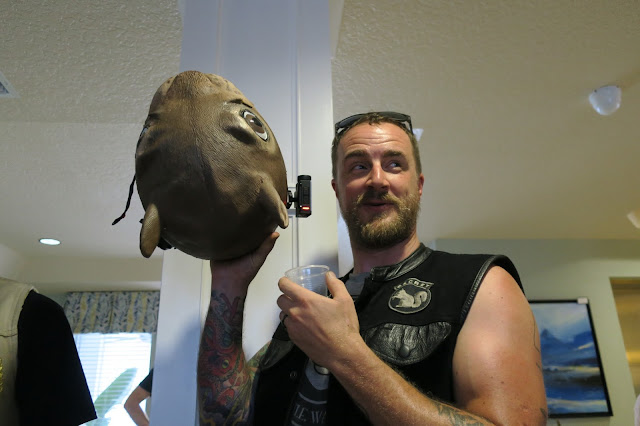 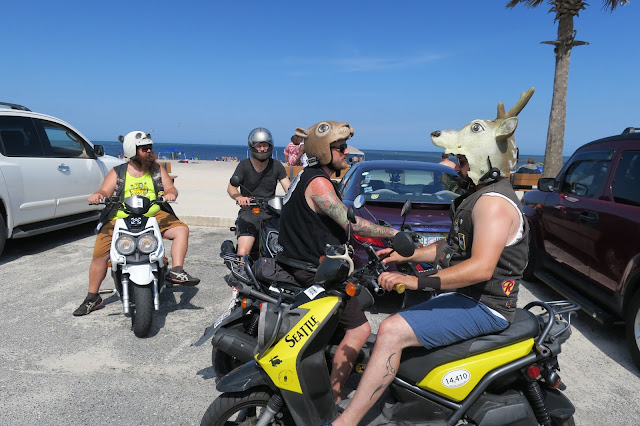 Highway to Heal in their headgear at the beach. 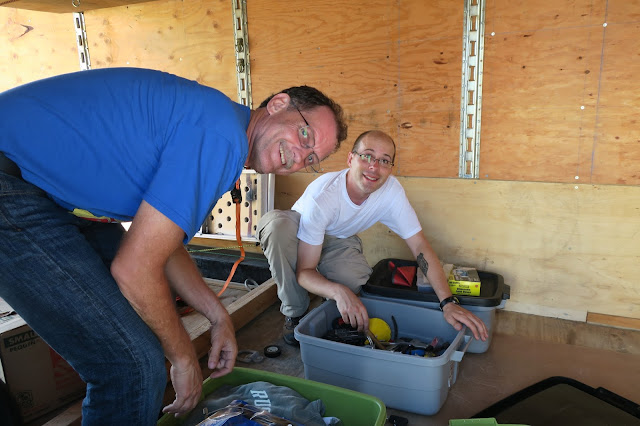 Maroy and 4in6iscool in the trailer.

Posted by Bill Leuthold at 8:22 PM