Today I booked Boris and his brother Eric to install the parts I received recently.  The parts included the front shock, belt, sliders, oil, filter, hub oil and rear tire.
It turns out that the old shock was just fine but this one does have a red spring and looks great.  Russ and I also painted the exhaust while it was off and installed a new gasket.
It took three hours but everything is done now except the valve adjustment that Boris will do next weekend.

I did a 30 mile test run after the installation, to check top speed and see how everything worked.  Recently I have been stuck at around 71, 72 mph as a top speed.  It didn't really matter about the wind or drafting or grade.  Today, I was able to run 73, 74 mph in level conditions while running alone.  A little faster downhill and downwind.  In traffic, with a draft working, I hit 78 mph in each direction.  Not bad but I was hoping to get a little more.

The outer variator pulley that I ordered to replace the original equipment one was actually for an ET4 and too large to fit my GT.  That was disappointing because the original one has a distinct groove in the outer part of the surface.  This has to affect speed.

I will use Rocket for the club ride to High Springs tomorrow and then let it sit until hauling it to Tennessee to join the support truck for the long ride to Hyder. 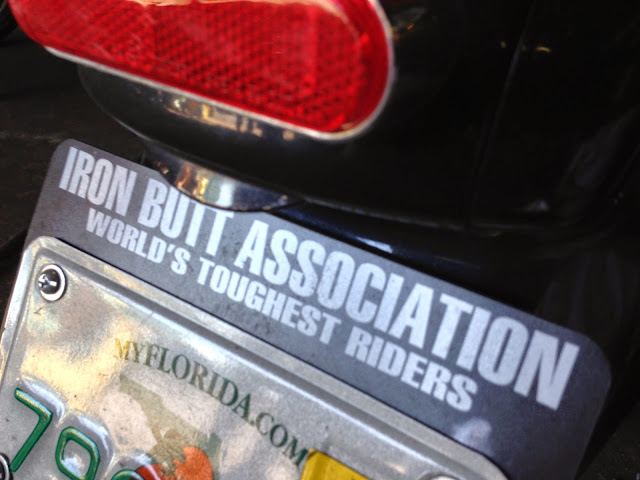 My Iron Butt tag for the ride last year on Lightning

Eric in the Warehouse 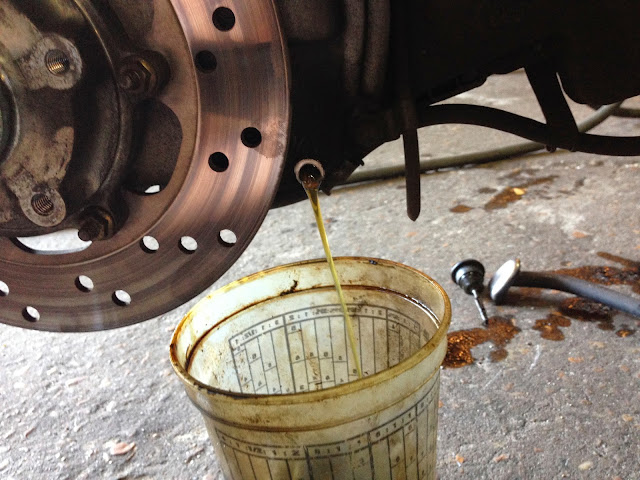 Hub oil draining.  It wasn't old but it doesn't hurt to change it. 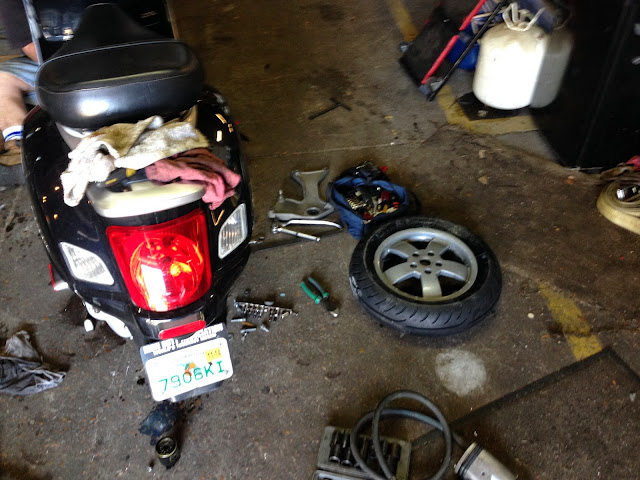 New tire ready to go back on 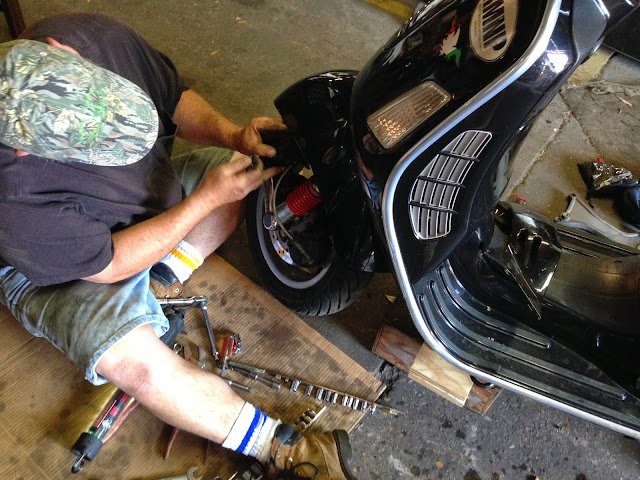 The new red spring up front 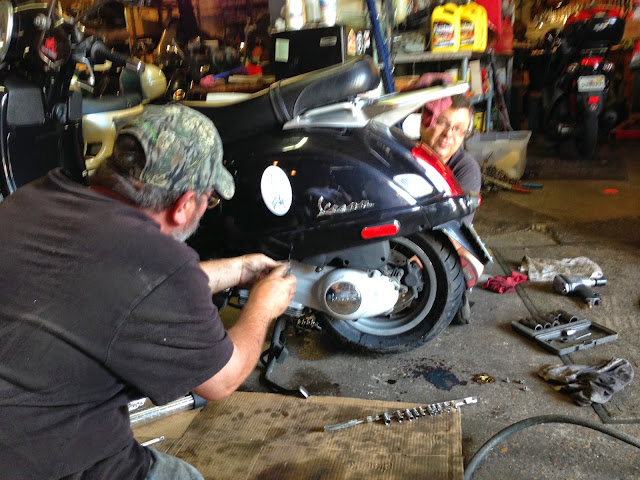 The brothers in action 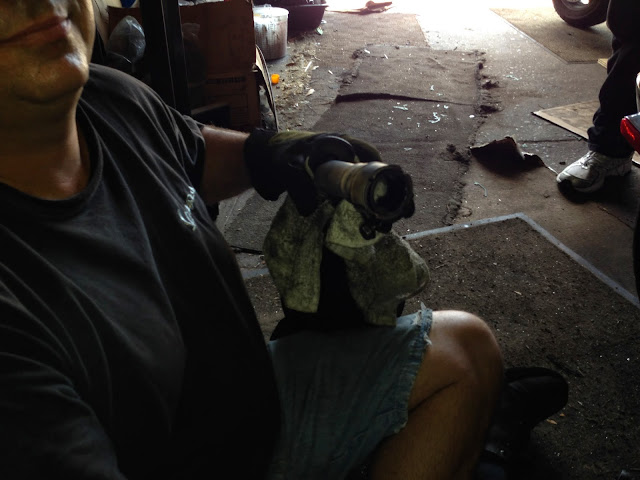 New exhaust gasket.
Using the spreader allowed it to go in all the way smoothly.
It should be good for the entire ride. 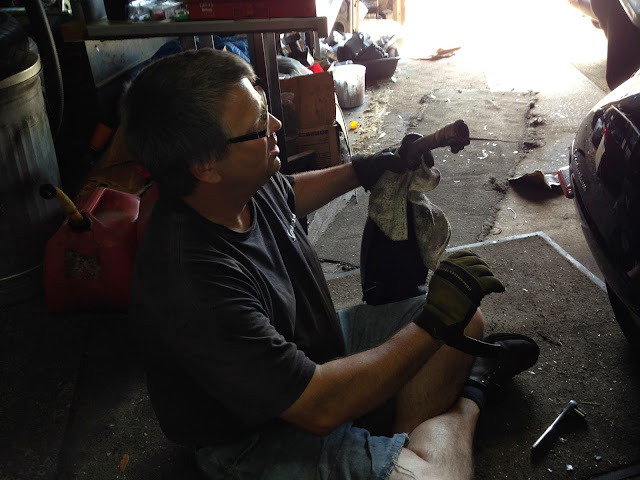 The master at work.
Posted by Bill Leuthold at 4:50 PM