After two massive engine failures in local Vespa GT 200's, and with mine having many more miles than those, and because the cause of the failure appears to be from valves, I have decided to replace the entire head of my scooter.  This replaces the valves and valve springs along with seats and everything that moves in the top of the engine.  Hopefully, this will allow me to sleep easily on the Scooter Cannonball Run.

Edit:  There is a third Vespa, this one a 250 GTV, sitting in the warehouse.  It was purchased by Scooter Joe for next to nothing because it has the same engine issue as these.  That makes three.  Certainly someone knows the cause of these.  We checked Zoltan's last night and found that the valve stems and springs looked fine.  The heads of two valves were missing and the engine has two holes in the piston.  I believe it is one of two things.  Either one of the valves broke just under the head, rattled around the combustion chamber breaking the other valve and holing the piston, or the crank bearing broke, allowing the piston to move into the valve area, breaking both exhaust valves.  Either is catastrophic for the engine. 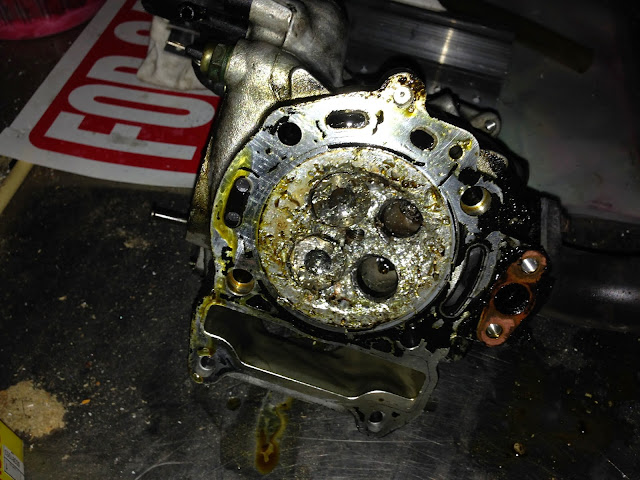 This is what the head looks like when a valve breaks 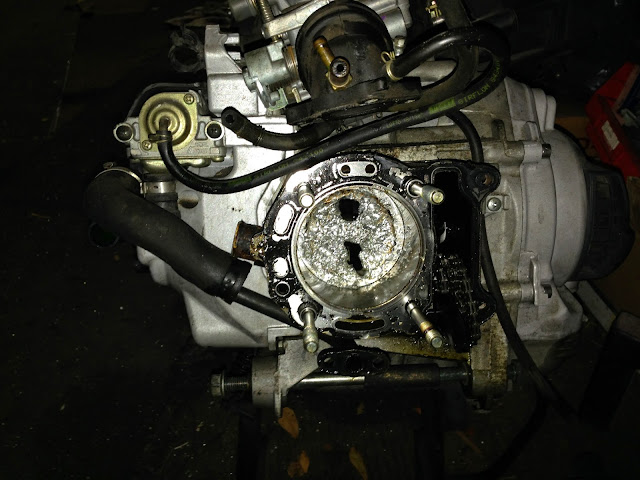 And this is the combustion chamber.  Holed piston too.
Not a pretty site.

Posted by Bill Leuthold at 6:04 PM