In early summer of 2011, my friend Drew offered to take my scooter to Denver so we could ride around while his son was visiting a friend in Colorado Springs.  Of course, I accepted.

He had drove out with his BMW and my Vespa GT in the trailer.  I flew to Denver where he and Sean picked me up in his truck and we went back to a nice hotel in downtown Denver.

I arrived in the morning and as soon as we got there, he headed out to take Sean to his friend's house for a few days.  I used that time to get a feel for the place and headed into the mountains.  What a feeling for a Florida boy to ride in the Rocky Mountains.

I returned to Denver in the early afternoon, then Drew and I rode together to Lookout Mountain, some canyons and Boulder.

The next day we ventured further.  We headed out I-70 to pick up 40 and a ride to Granby, Rocky Mountain National Park and back through Nederland and more canyons.  Fantastic riding that day with my performance highly affected by the elevations (12,000 feet in the park), especially the uphill parts.  Drew would blast away from me going uphill, leaving me to race down to catch him.  Now, that was fun.

The third day had us riding on I-70 again to Vail.  Climbing to the Eisenhower Tunnel had me going 35 mph with a wide open throttle.  I thought I had broken it, but in the level tunnel it picked up speed.  Going downhill on the west side was great.  We stopped in Vail where we parked in a parking garage while we had a late breakfast.  Upon returning, Rocket wouldn't start.  We spent over an hour trying to get it to start and it finally did after removing the air filter and fiddling a bit.  Drew came very close to riding back to Denver to get the trailer for a tow back to town.  But our persistence worked and the day was saved.  We went from there down 24 through Leadville and Buena Vista, where we turned east and headed back to Denver on 285.  I didn't turn mine off until we were refueling near Denver.  It started fine and held up the rest of trip.  300+ miles that day.

The last day Drew wanted to ride his bicycle on a trail, so I rode around Denver to get a feel for the city, then I flew out in the afternoon. 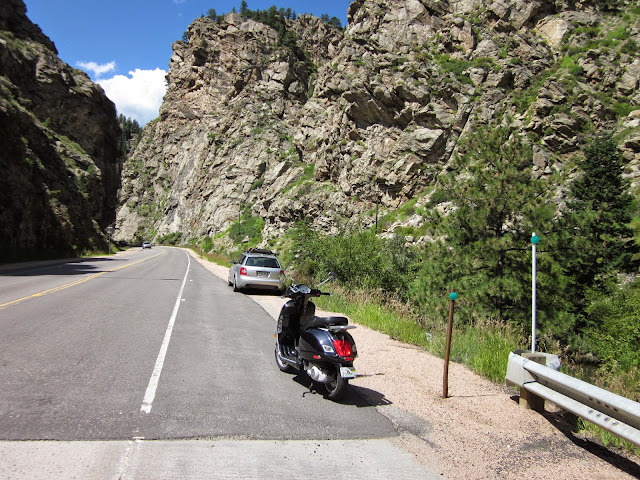 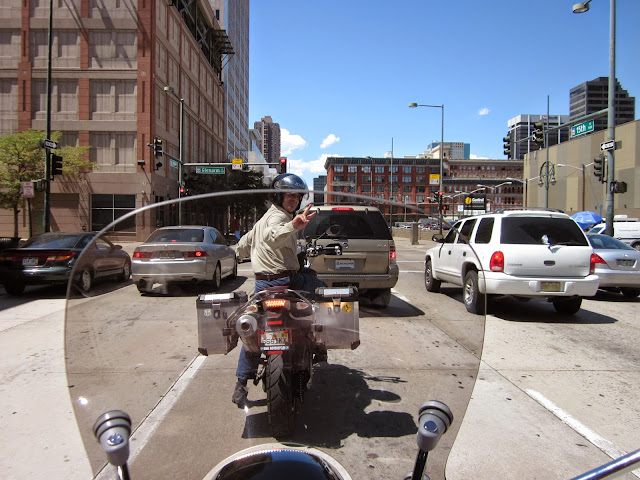 Heading out with Drew 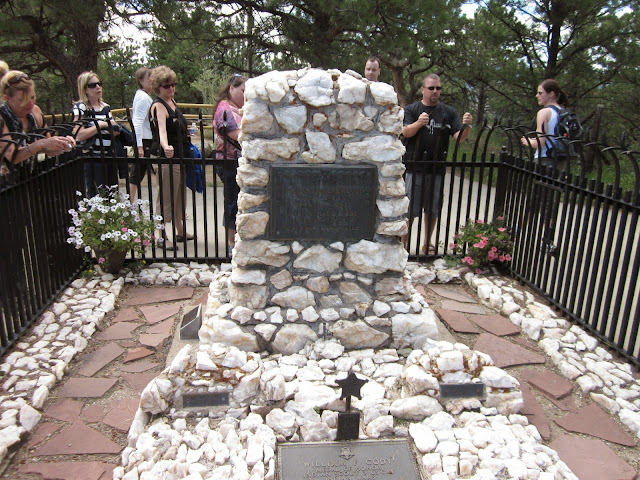 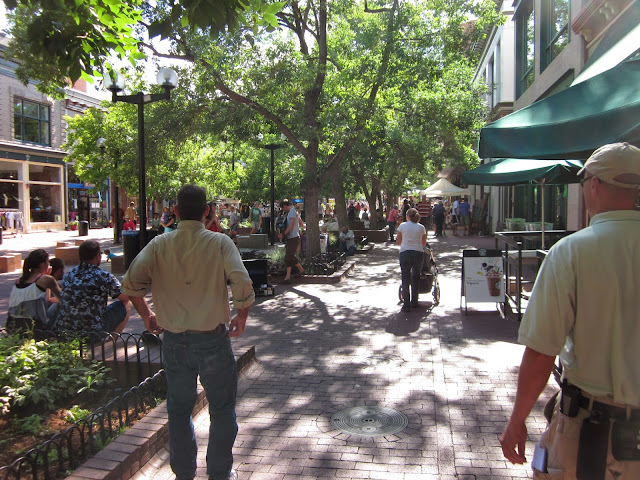 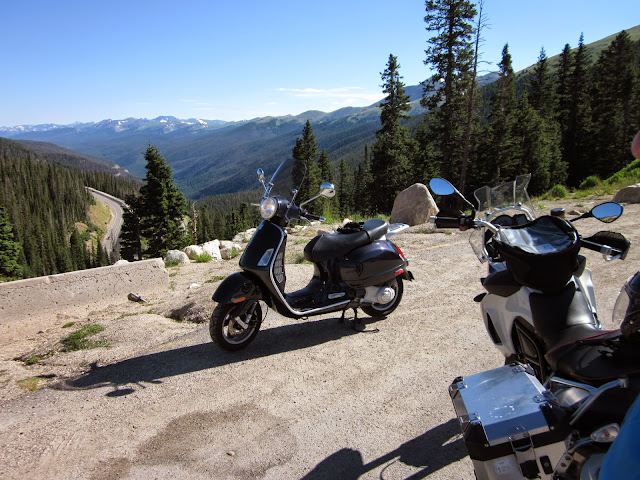 Heading north on 40 to the park 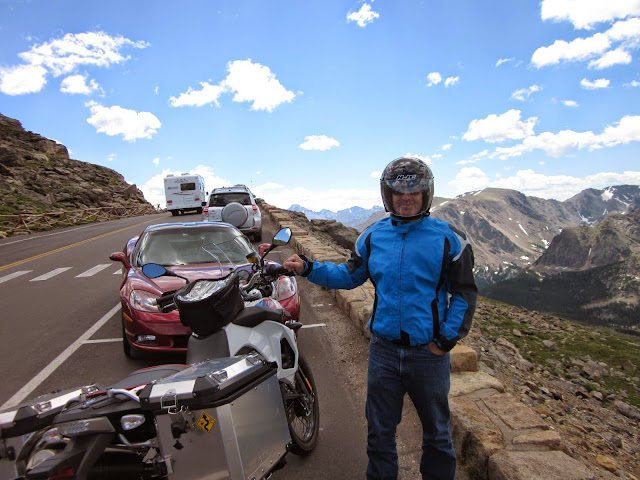 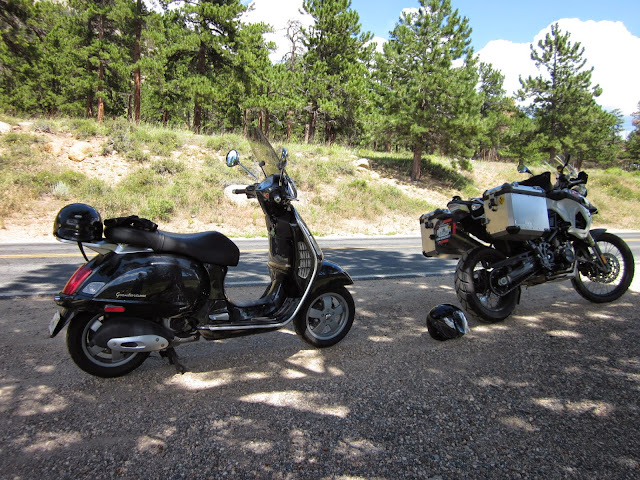 A brief rest in the park 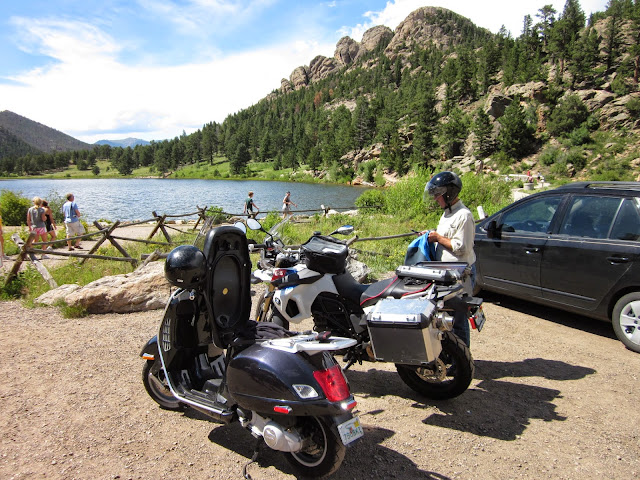 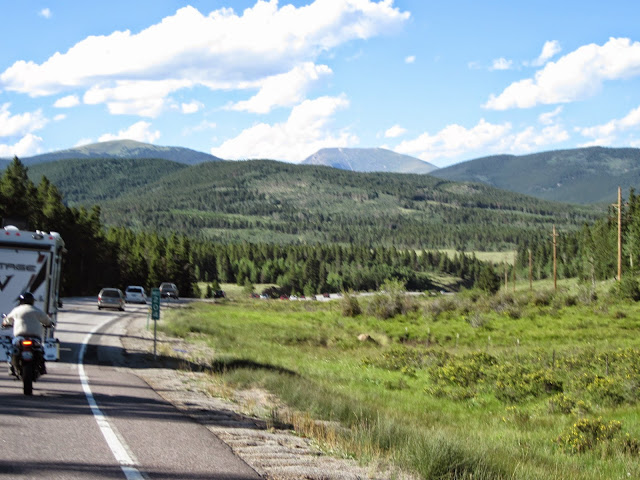 285 heading back to Denver on the third day 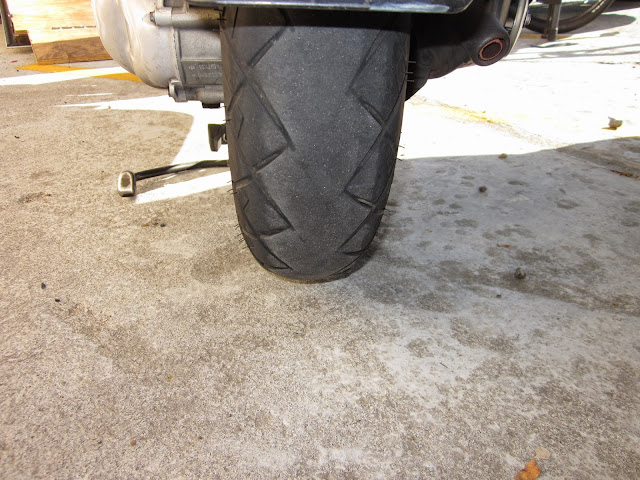 I didn't plan the wear rate on the back tire very well.
Posted by Bill Leuthold at 5:51 PM