I am now getting into this blogging thing and have figured out that the way to keep people coming back is to have something new to look at each time.  So I will try to post enough to keep it fresh.

Sunday, I decided to run the local Jax Solo autocross in Gainesville.  It runs at the Gainesville Raceway, famous as the home of the Gatornationals every March since before I was in college there in the 1970's.

We run on a little road course in the back of the property, made mostly for testing and renting out for events like ours.

This time we had 90 drivers entered, including my friend Drew who was the second driver in my car.  Everyone got 4 runs.

It was a long day, but quite good as I finished second in our class, E Street, 22nd overall in raw time and 6th overall in PAX, where a handicap multiplier is applied to the times based on historical times for each class.  I was very pleased.  Drew did well too.  It was only his fourth or fifth event, but he was quick.  I can't quite catch Fast Phil, a former professional driver who won the Trans Am title in 1972 driving a Corvette. 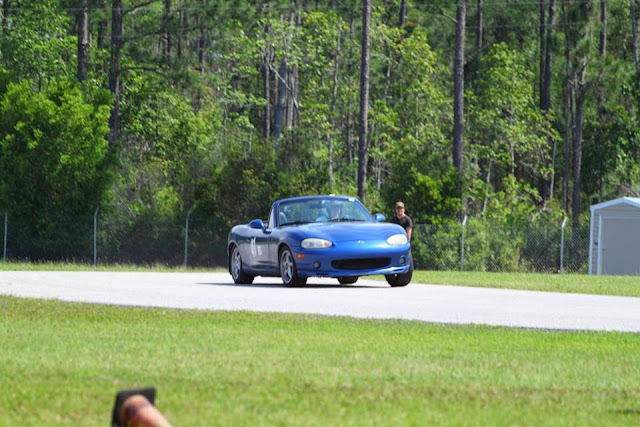 Me on the skidpad portion of the track, my favorite, 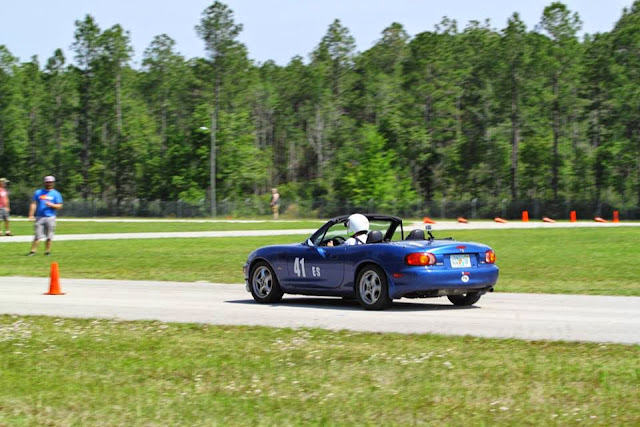 Heading into the slalom 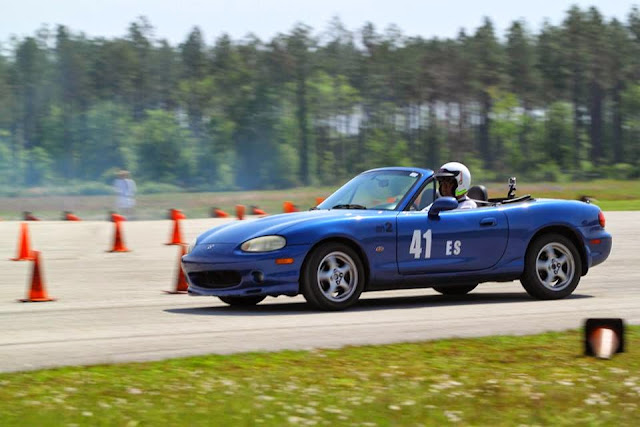 Me near the start.  Maximum speed this day was probably around 60 mph,
but the corners and elements make it feel much faster. 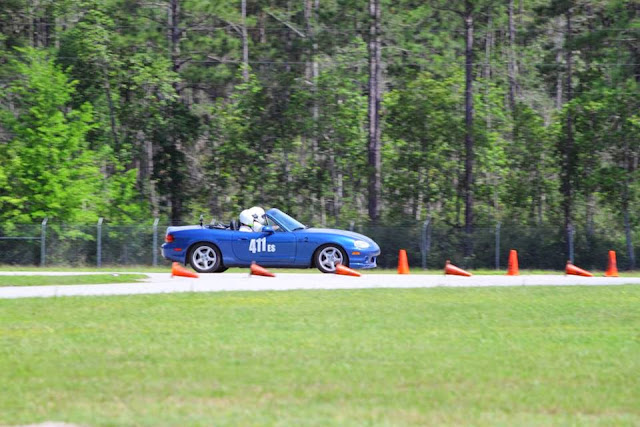 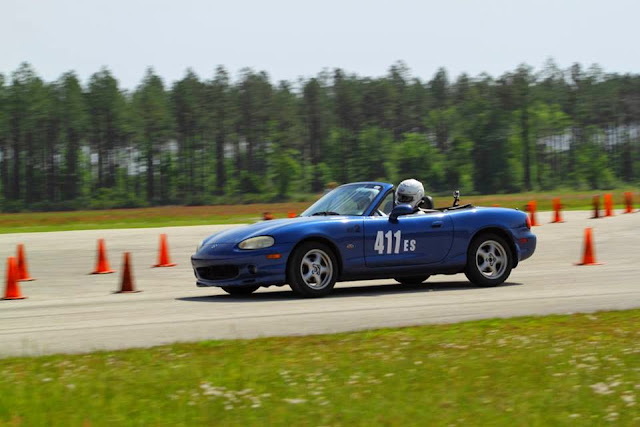 Drew on his first run, one that saw a little grass off course. 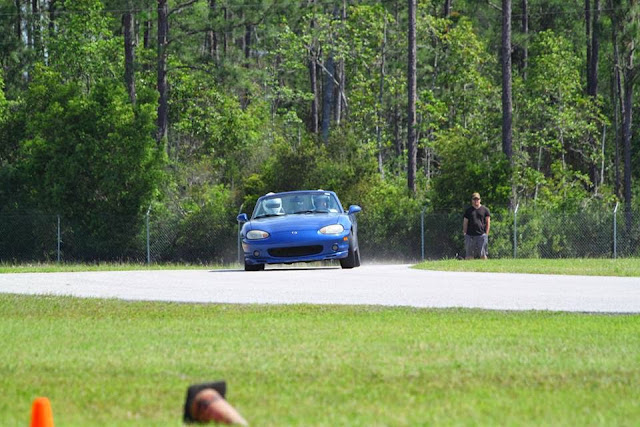 Posted by Bill Leuthold at 7:39 AM