I have lived in Jacksonville for my entire life, almost 60 years.  Ever since I can remember, the road it is on has been called Atlantic Boulevard.  My mother, who was raised just a mile west of this place, said that Atlantic Boulevard used to be the only road to the beach and had the name Beach Road until it was fancied up by the city to become the important sounding Atlantic Boulevard.  Atlantic Boulevard runs from Southside to the beaches.  The length is nearly 20 miles.  When I was young, it was two lanes with nothing on it for most of that length.  It is now, and has been for years, almost completely built out for its entire length.  It is home of nearly half the car dealerships in town along with neighborhoods and strip shopping centers.  Not a nice scooter ride at all.

Last night, 7 Bridges Scooter Club chose Beach Road Chicken Dinners as our destination for the weekly Tuesday dinner ride.  It was a short three mile ride because hurricane Erika was supposed to be influencing the weather.  The hurricane had fortunately dissolved before hitting the state but there were remnants of it that were scheduled to pass through at the exact time of our scheduled ride. 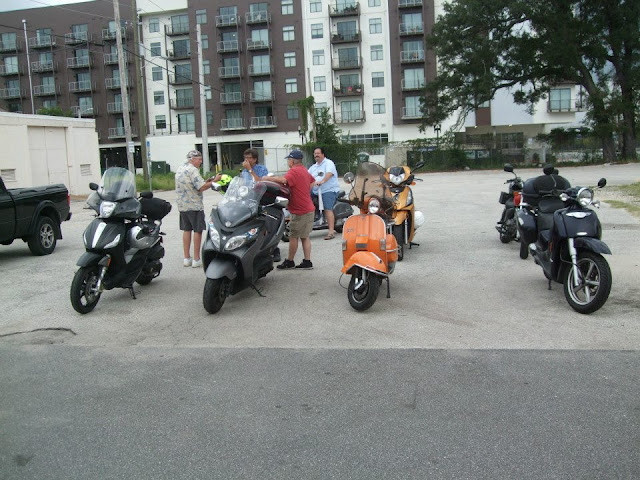 Tom Rogerson bearing gifts for me. 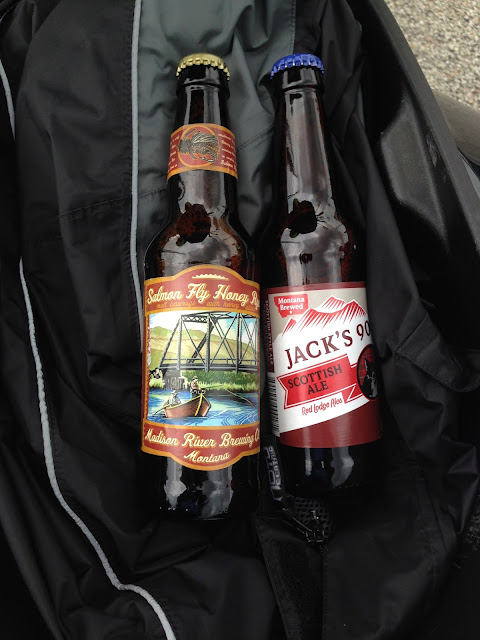 The gifts were these two bottles of beer from his recent ride out west. 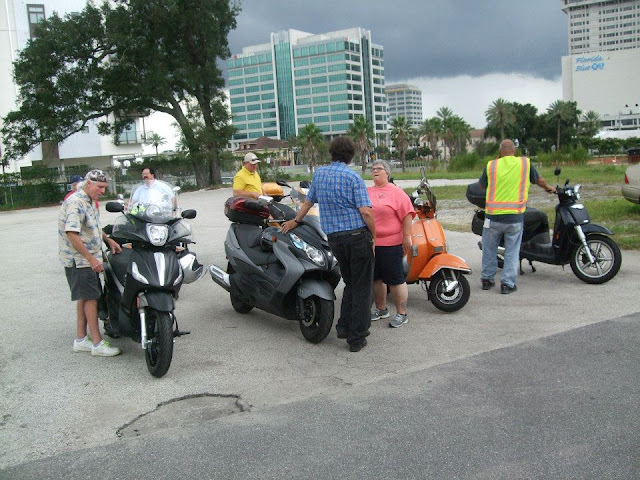 Me talking to Tanya.  The standing position is my "make the hernia hurt less" stance.

We left at the usual 7:00 with clouds everywhere.  The view from atop the Acosta Bridge was spectacular with clouds, rain and lightning seen all around.  But we avoided the rain and made it safely to dinner, where it promptly began raining throughout the time we were there. 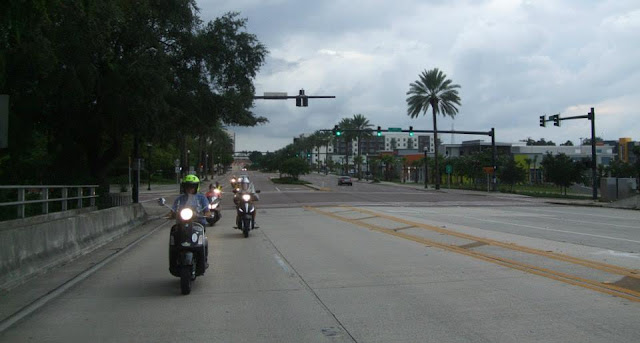 Clouds all around as we approach the Acosta Bridge 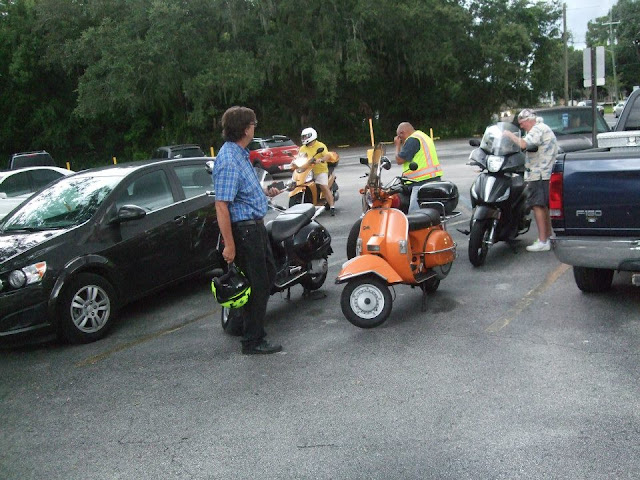 But no rain as we arrive in the parking lot 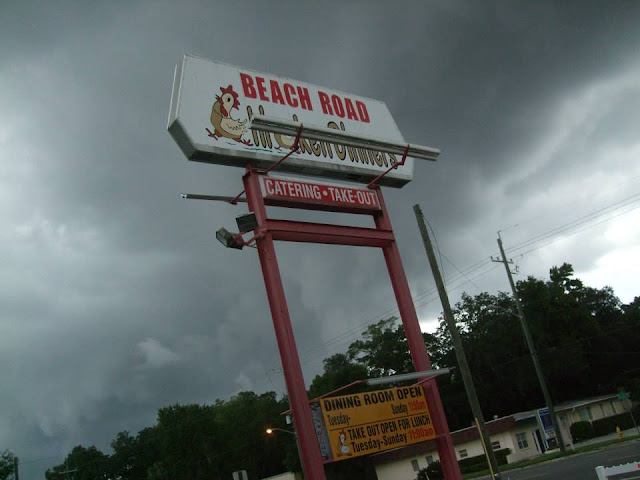 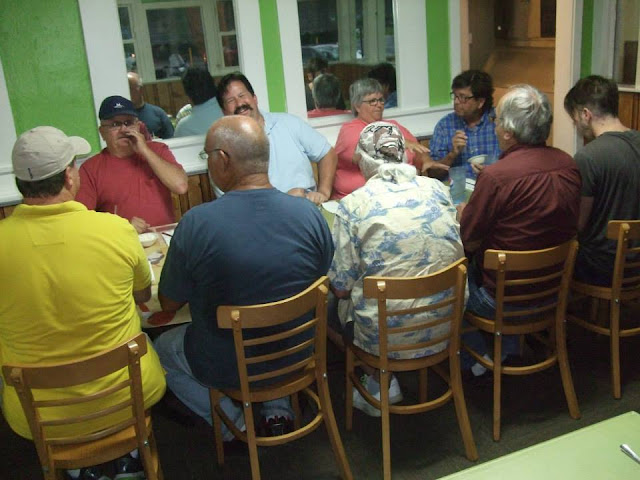 But it stopped before we departed and I made it home without incident.

I almost didn't go as my hernia was causing constant pain all afternoon at work.  I had a client come by at 4:00 and almost couldn't move without pain, so it was awkward at best.  But I went home to feed and let out the dogs, where I took three Tylenol extra strength tablets, and the pain became much more bearable.