Sunday's 7 BSC ride was to have breakfast in Bunnell, Florida.  The route was to start in Fleming Island, head south on 17, turn to 100 in East Palatka to Bunnell.  Breakfast was at the State Street Diner, a first for us.  We had passed there many times but Russ thought it would make a good destination.

I rode Rocket and passed 68,000 miles during the ride on 100 between Palatka and Bunnell.  It was perfect except a stumble and stall leaving the rest stop in East Palatka.  But it cranked right back up and ran great all day.

The State Street Diner turned out to be a good destination as the ride down and back were good, especially the stretch on State Road 13 heading home.  Food was good and all had a nice time. 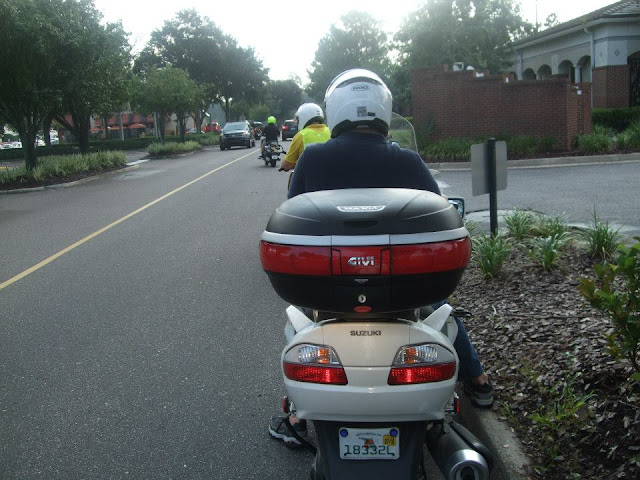 Heading out from McDonalds in Fleming Island. 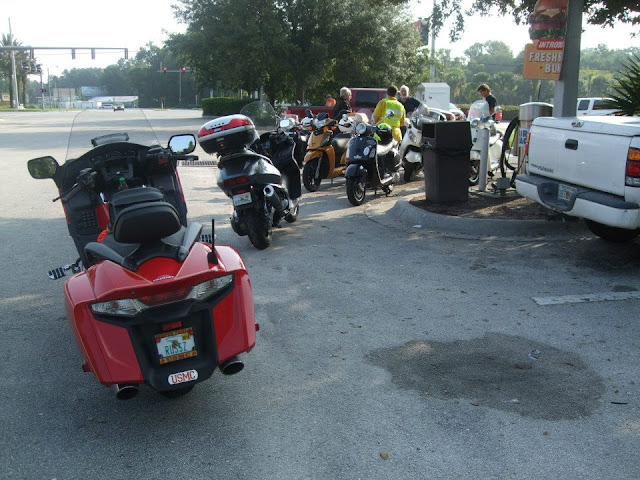 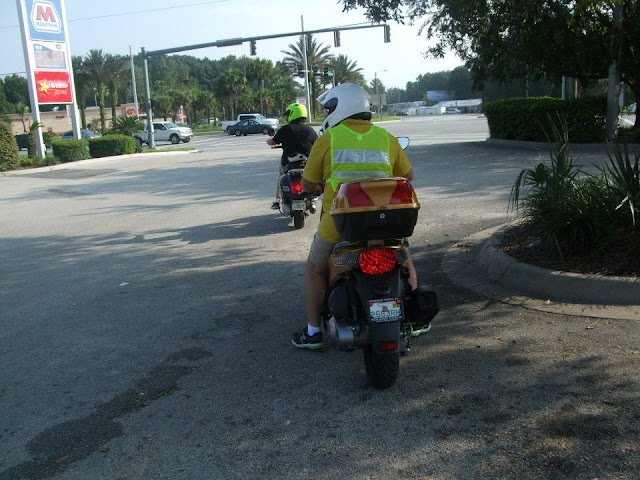 Leaving the stop, where Rocket stumbled
and stalled, but restarted and was fine 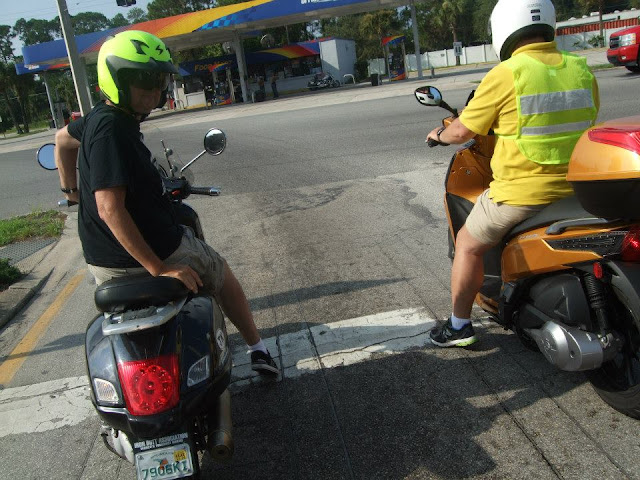 Turning onto 1 in Bunnell.  Me and Kevin. 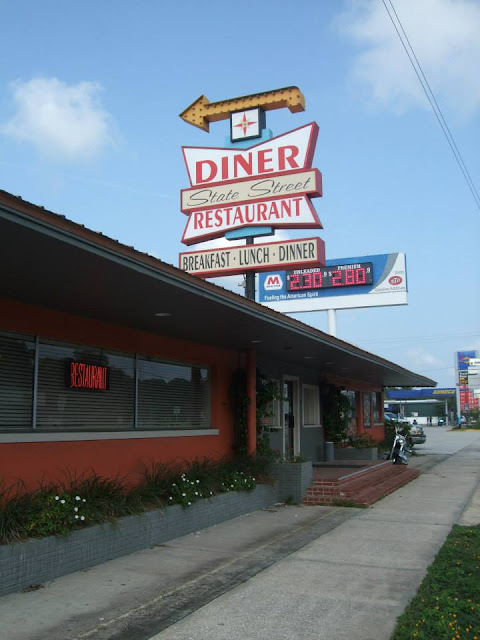 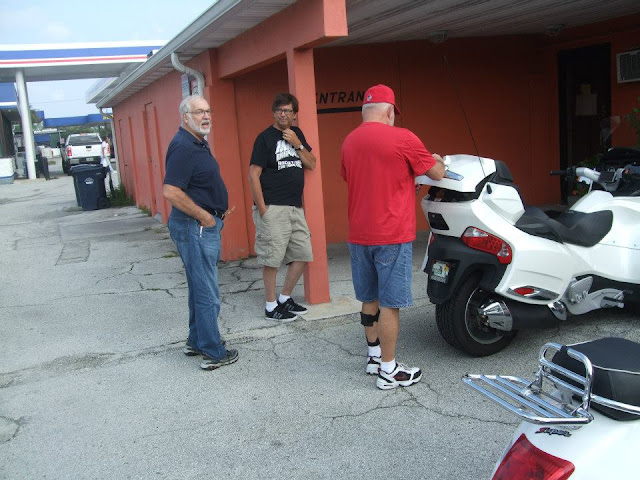 Karl, me and Rick waiting for the group to enter the diner. 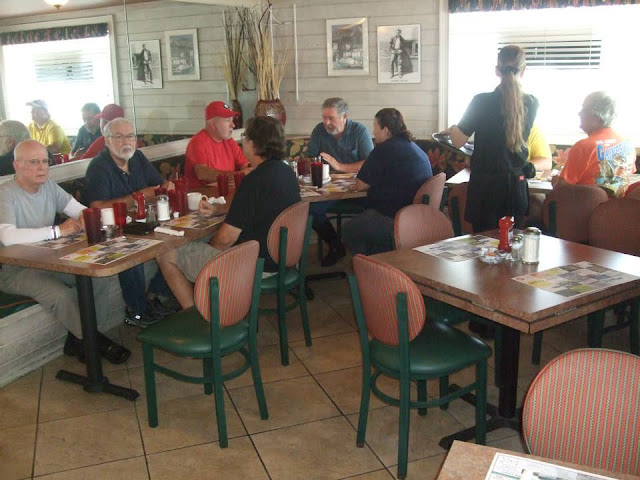 The gang inside.  We were later joined by the Georgia Boys too. 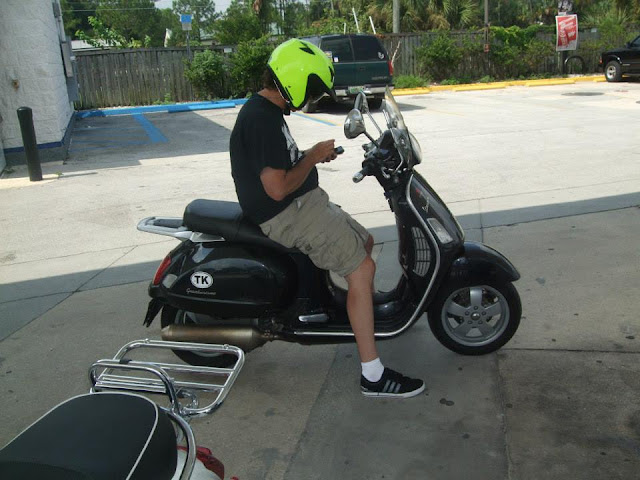 Which way home?  Looking up the distance to the next turn,
206 to Hastings so we could pick up 13.  No GPS today. 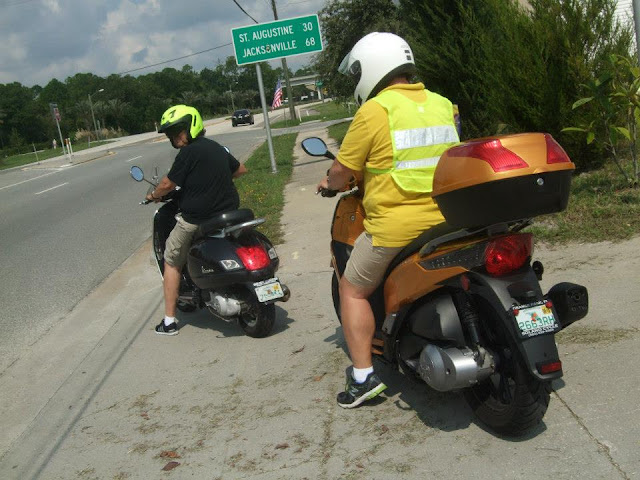 Me and Kevin back on the road. 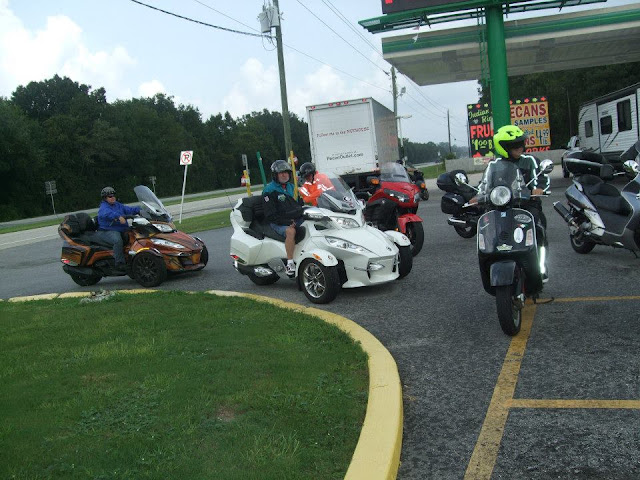 We had to stop just south of St. Augustine to put rain suits on,
then rode through a medium rain but it stopped and we unsuited on 13.
I rode a total of around 160 miles.