Jacksonville and the surrounding area has several large events each year.  There is the Florida Georgia football game, Jaguar football games including the Superbowl in 2005.  There is also the Amelia Island Concours d'Elegance and now a crowd funding event called One Spark.  They are all good, but the Players Championship is among them.

I have been to most since the first one at the Sawgrass Country Club.  It moved to its own course, TPC Sawgrass Stadium Course in 1983 and except for the years in Bermuda and missing it last year due to the 7bsc ride to North Carolina, I have been at least one day to every one.

I went yesterday and spent the entire day.  It was an invitation by a contractor friend Matt Carlton and his son Matthew.  Tickets included entry into the private tent for Ring Power with open bar and nice food.  Small covered and cooled viewing as well.

But we walked around and saw most of the best golfers several times as we would move ahead and see the best groups go through. 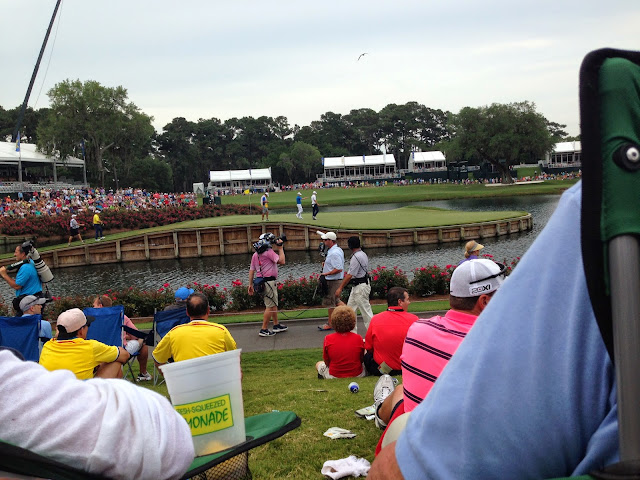