Last weekend while riding rocket home I went over a bump and heard a clunk from the rear.  I didn't pay much attention, but when I stopped and looked, I found the entire tail light assembly upside down and hanging by the electrical wire that provides its power.

I have never been one to upgrade lighting or wear hi visibility gear, but the taillight has always been too dim to me with only two small bulbs providing the light for night time riding.  And recently, one of those bulbs has been burned out so the light was quite diminished.

So I looked up new tail lights from Scooterwest and found a few options ranging from $105 to $195 for the original replacement.  Then I checked Scooterpartsco.com and found the European version for $69.99.  I called there Wednesday and he had one in stock and said it would go out in that day's mail.  It came today, two days later, and is just what I wanted.

This one has eight lights that work with the headlights plus a big one for the brake light.  It also has the two big tabs at the bottom intact for attachment.  It also has the same electrical connection so it should be a simple plug and play installation.  I was very pleased until I noticed that it has no bulbs.  I hope it takes universal bulbs so I can be ready to ride soon. 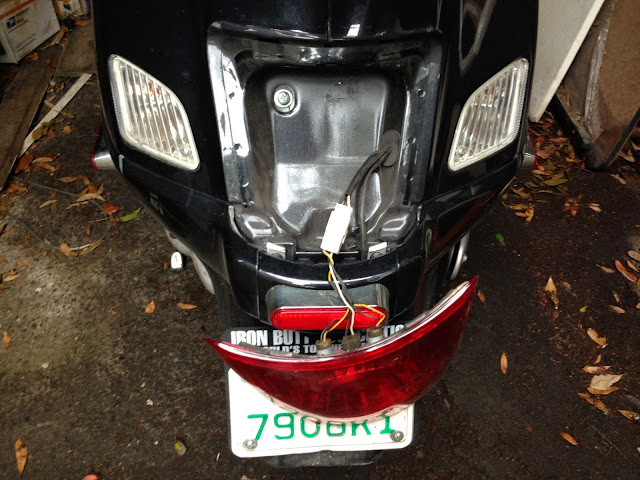 What I had on my hands.  I am glad it did it while at home,
not in the wilderness of British Columbia 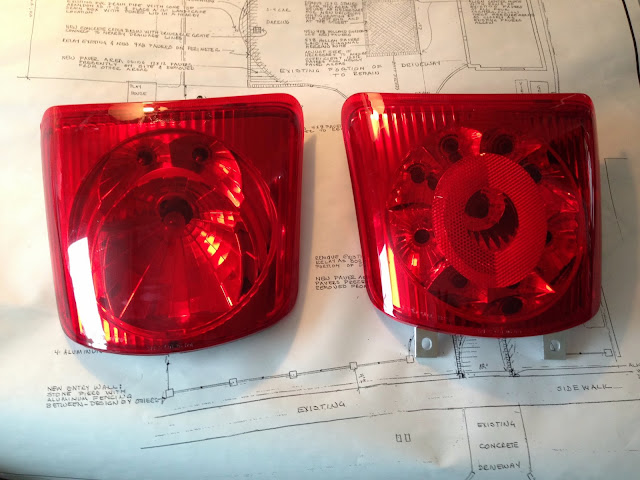 The comparison.  Old one on left with two running lights.
New one on right with eight, but no bulbs at the moment.

Posted by Bill Leuthold at 4:11 PM