I have been down to my master key and the original blue key for years now.  The blue key lost its blue cover several years ago and I have been wanting to add to the collection so I would be certain of having a key even if one gets lost.

I ordered one a couple of years ago, went through the programming routine spelled out in the manual and it didn't work.

So with the Scooter Cannonball rapidly approaching, and me really wanting to be certain of having my keys along the way, I contacted Jim Hamilton at Absolute Lock and Key in Camden, Maine.

I sent off the master key, the brown one in the photo, via US Post last Friday.  After receiving a notification that he received the key on Monday, he also contacted me to say the key was mailed yesterday, Wednesday, and I now have it on Thursday.  I tested them and both work like the original.  I actually think that they are a clone of the master key so I essentially have three master keys now.

What a spectacular service.

Now, upon arrival in Prince George, British Columbia, if the timing is bad, Will, Doug and George can just leave my scooter at the airport.  I will have a key and can start it and head to a hotel or Smithers.  What a relief. 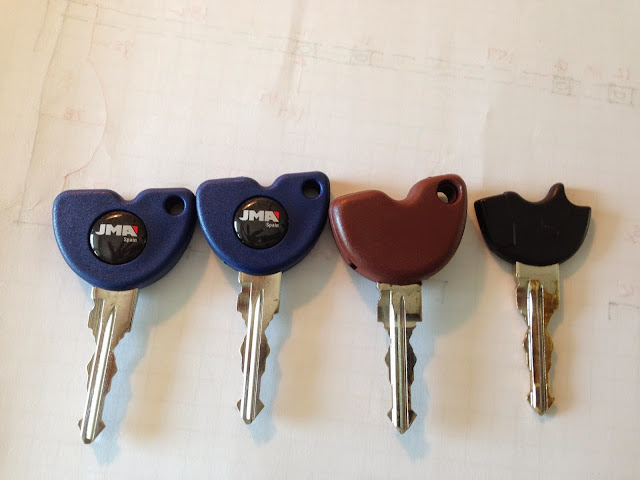 Posted by Bill Leuthold at 1:10 PM