Yesterday, my friend Drew and I entered my Miata in another SCCA Autocross event, this one at the Amelia Island Airport, about 40 miles north of Jacksonville.  It was the second time the local SCCA Buccaneer region has held an event there, but it is a location where my father took me and my brothers to the first auto race I ever attended, back in the mid 60's, watching drivers like Peter Gregg in his Porsche 906 Carrera.  It started me following auto racing my entire life.

Unfortunately, the surface we have to drive on is asphalt that has been baking in the Florida sun for at least 40 years.  I did poorly on it last time and repeated that this time.  We didn't stick around for the results, but we had similar times that were a second and a half slower than my friend Larry had driving a similar Miata.  I just can't come to grips with this surface.  The first two runs felt good but I hit at least one cone on each.  Then I spun twice.  Drew did too. Before our last runs we noticed that the right front tire was corded, but we ran anyway.  I got all of 6,000 miles out of that set.  Dunlop Direzza ZII tires.  Very good for autocross that will probably last 20,000 miles in normal use.  We wear them out quickly.

Edit:  Got results yesterday.  I was second in EStreet out of five.  Drew was third.  Overall Pax (with the handicap multiplier) I was 14th and Drew 20th out of 60.  The real disappointment was that my fastest time was on my first run.  That never happens as the first run is to see the course to find where to go faster.  It progressively got worse.  Not sure what it was, tires, surface or just driver. 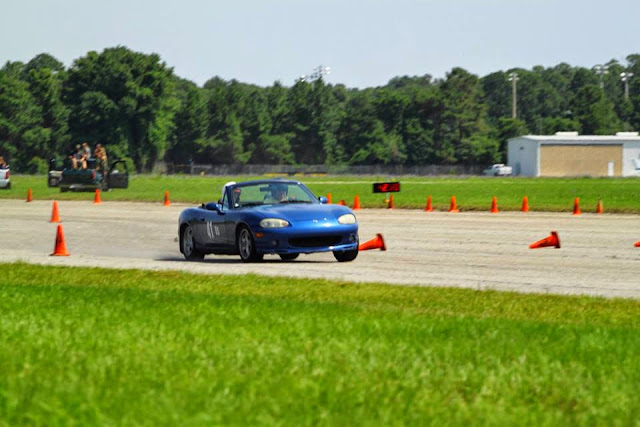 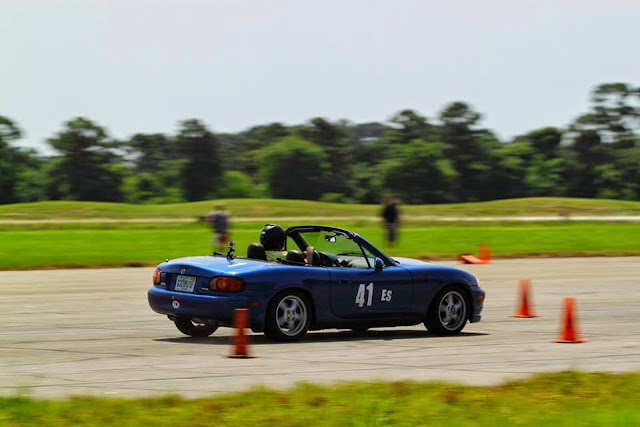 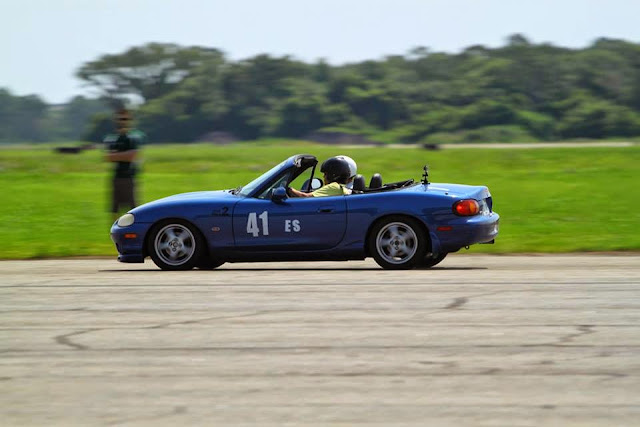 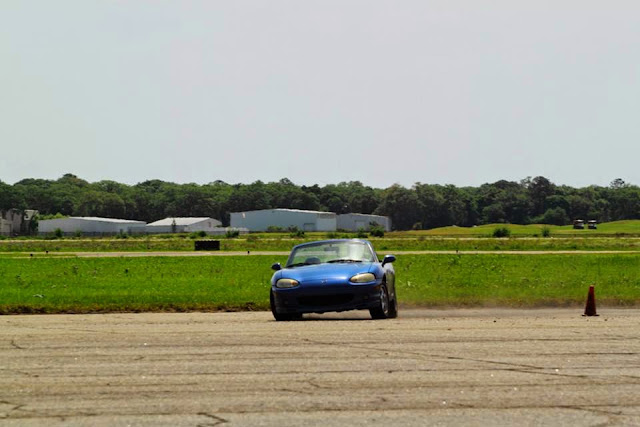 Posted by Bill Leuthold at 7:28 AM