This morning, part of the monthly Cars and Coffee in Jacksonville, an event called the Gold Rush Rally came into town.

This is a rally of sorts that includes some of the fastest and most expensive cars available in the world.  Included were two Bugatti Veyrons, several Ferraris and Lamborghinis, along with many more expensive automobiles.  They were all covered with graphics and shiny film to look ridiculous.  I am usually intrigued by cool cars, but this was the most obnoxious thing I have seen in some time.

The only part I liked was the mechanic on one of the cars. 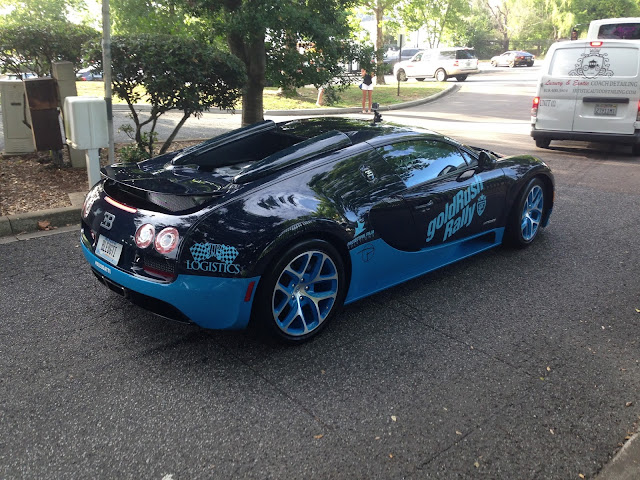 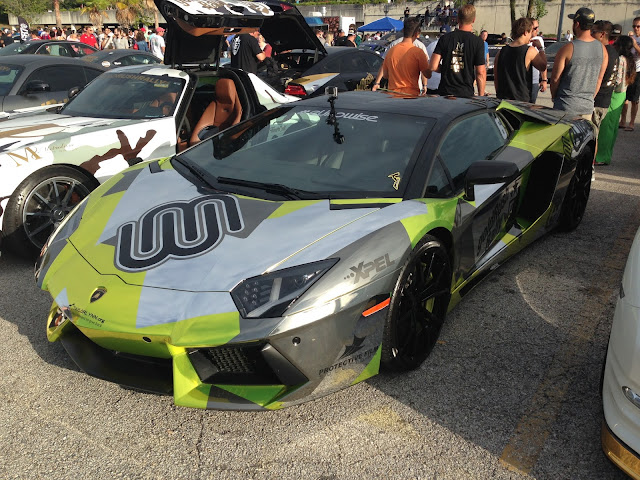 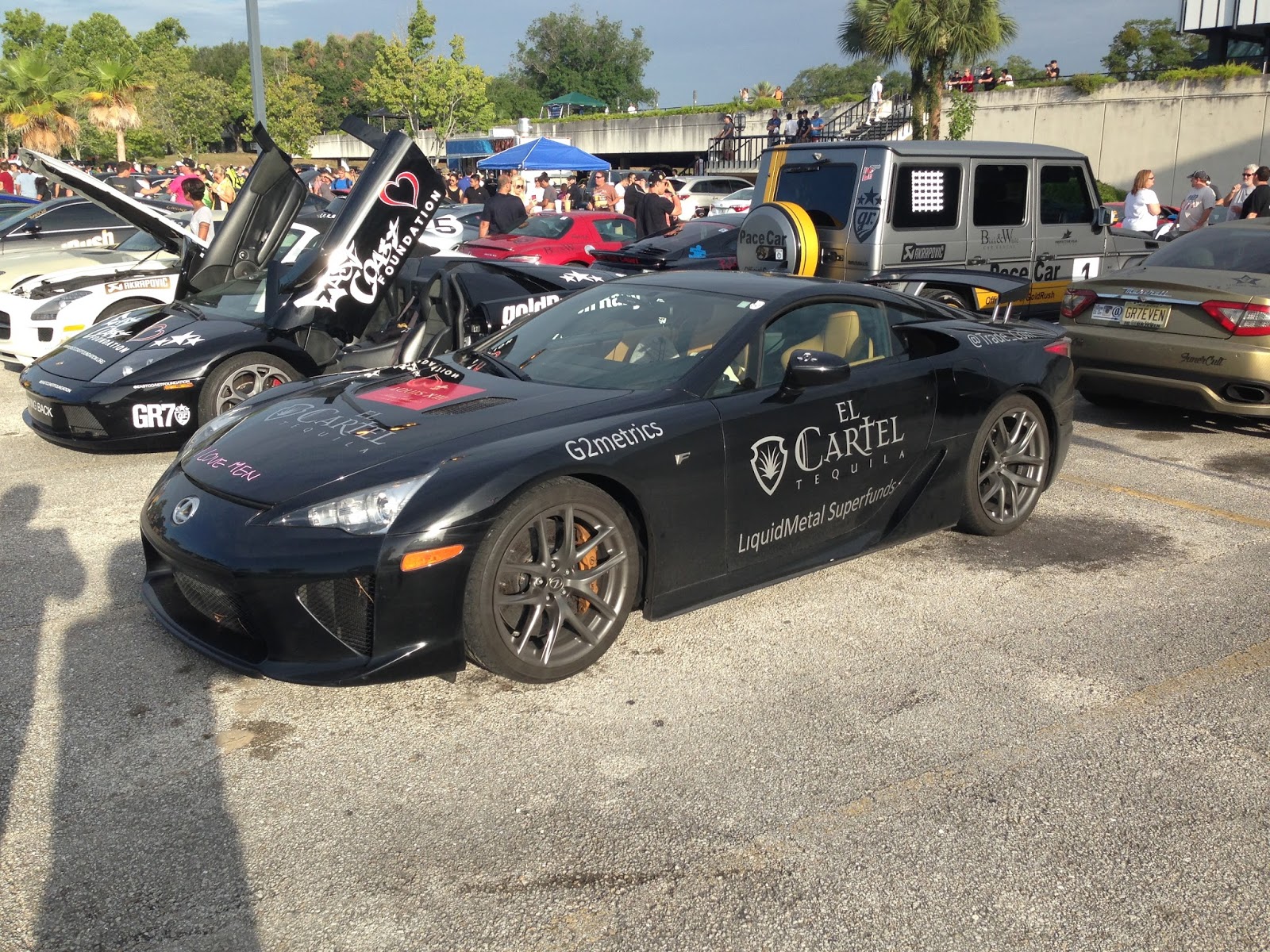 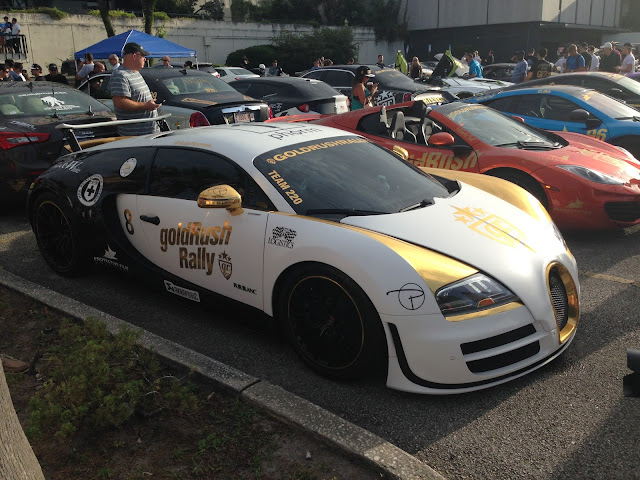 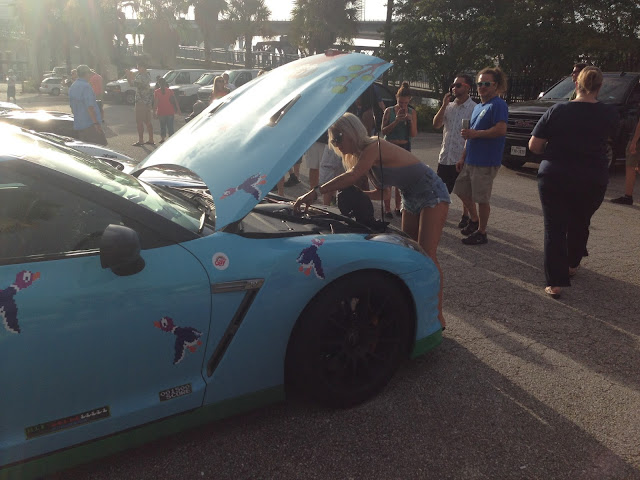 Mechanic for a Nissan GTR.  I was tempted to ask her to look under my hood.

Posted by Bill Leuthold at 8:29 AM