We had the monthly Jacksonville Region SCCA Autocross today at the Fernandina Beach Airport on Amelia Island, roughly 40 miles north of Jacksonville.  It is the regular spot since the Navy stopped letting us use the Whitehouse Field Airstrip last year.  That was a perfect place with grippy, smooth concrete.  This place is a 50 year old taxiway that has 4" wide cracks in the old asphalt.  But it is fun anyway.

It was 97 degrees at midday, very hot for this old man.

I had a co-driver in Jacob Herbst.  He usually drives a VW GTI, but traded his dad for a larger car this weekend because he and his wife are moving this week.  They can haul much more stuff in Dad's car.

Jacob drove first and had difficulty transitioning from the front wheel drive VW.  It also has ABS and other driver aids that can help make it easier to control the car.

My Miata has none of that and is getting old.  Being rear wheel drive with a setup that favors oversteer to understeer, it is a bit tail happy too.

So I was a little faster than Jacob, but Fast Phil and Larry beat me easily.  I never got comfortable with the track, going too fast in some areas while going too slow in others.  I only had two clean runs out of five as well.

So hot and poor performance leads me to think that I might take the next couple of months off. 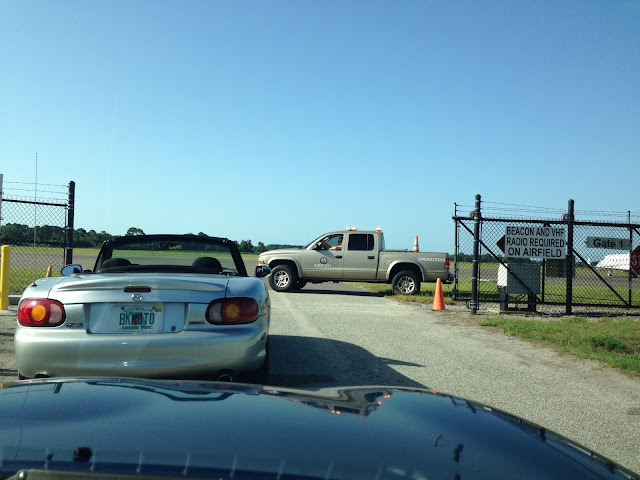 Arriving at the airport 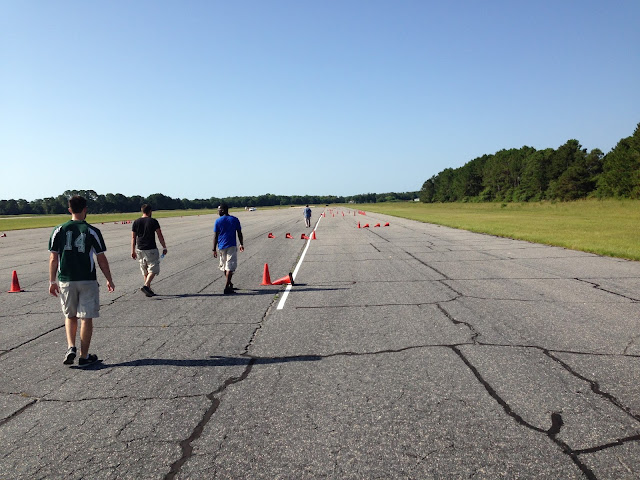 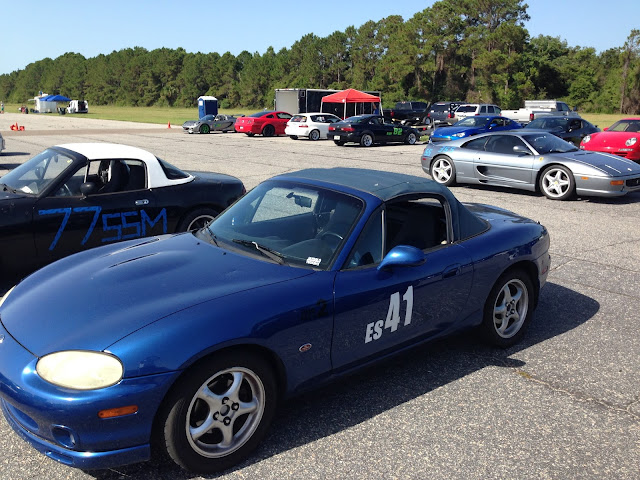 The Racecar, and yes, that is a Ferrari behind me.  I beat him. 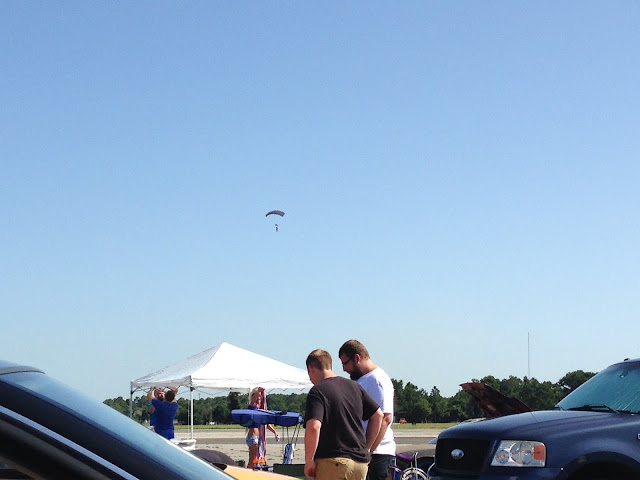 Being a live airport, several planes and even jets landed while we were running.
There were even several parachutists flying about.

Posted by Bill Leuthold at 5:43 PM