The third day included another great ride planned by Doug.  He led a large group that included Mike and Ken from the North Carolina branch of the Seven Bridges Scooter Club.  We had a circuitous route to and from Hot Springs, NC that included many narrow mountain roads along with faster connections between each.

The evening included a steak dinner on the patio and the revelry in the lounge with everyone having a fun time. 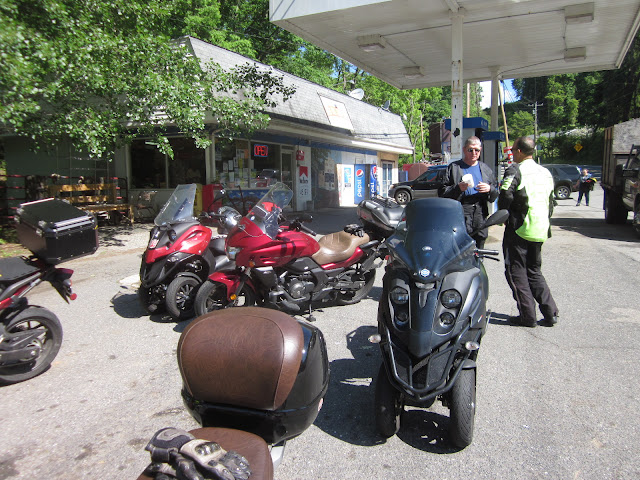 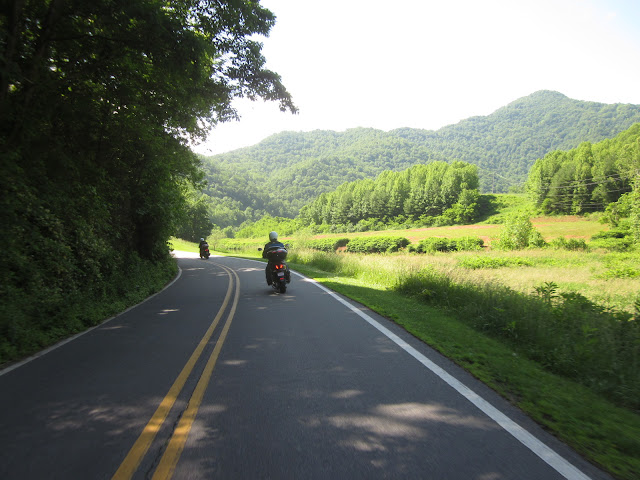 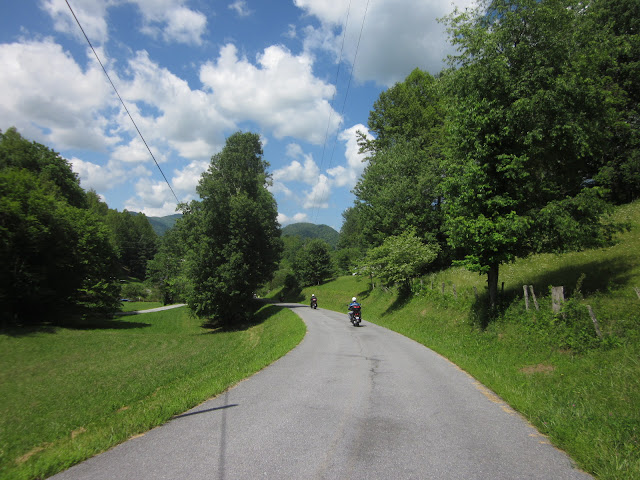 Narrow valley roads are among the best 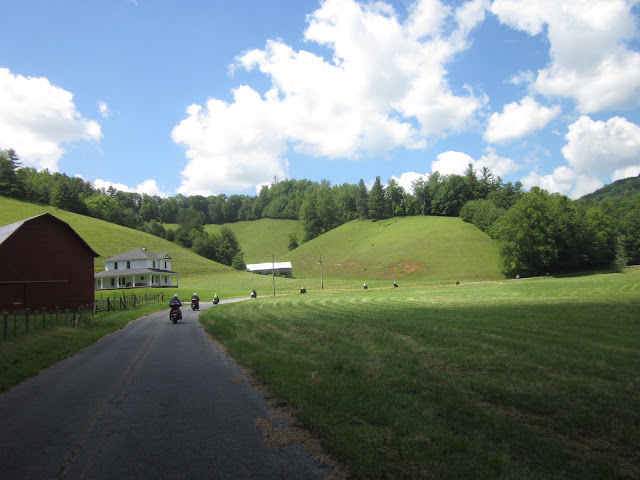 Long string of scooters in a beautiful valley 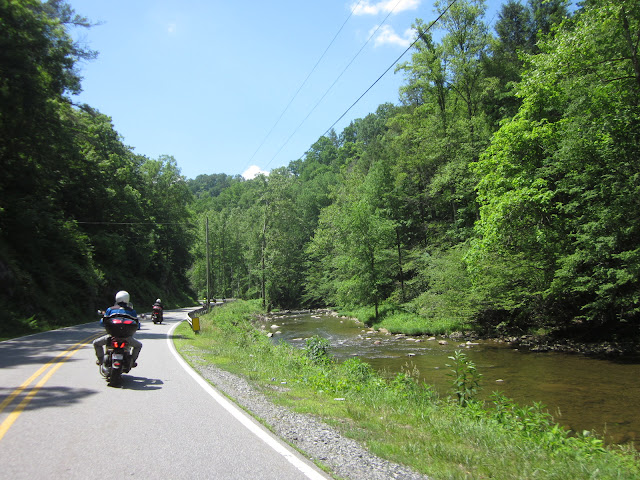 Many roads run along the streams and rivers 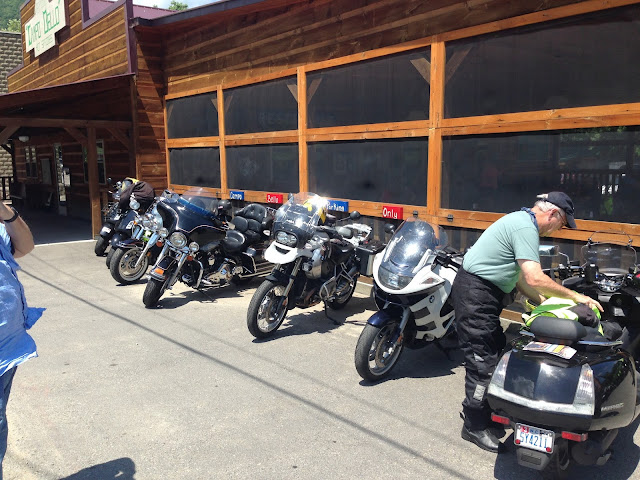 Mike outside the Mexican restaurant in Hot Springs.
He bought lunch to make up for the lost wallet in Landrum. 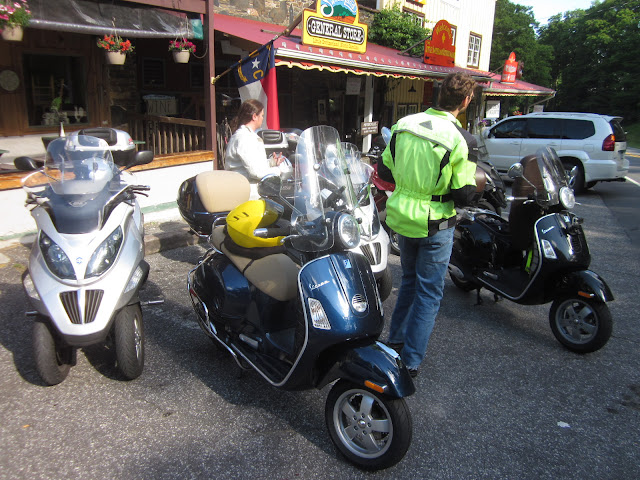 Posted by Bill Leuthold at 7:57 AM