I know that this isn't about scooters, but a very large golf tournament comes to the Jacksonville area every May.  It is the Players Championship.  It is the championship of the Tournament Players, the golfers who play around the country every year for the PGA Tour.

It isn't a Major Tournament, like the Masters, US Open, The Open Championship and the PGA Championship, but it is number five for most golf enthusiasts.

I went on Friday and Sunday this week.  Friday was with some contractor friends and the child of one.  The kid is Matthew, Jr., but he goes by the name of Peanut.  This is the third year going with them and it is a hoot.  Peanut is a cool kid, now 9, who likes Ricky Fowler a lot.  He went seeking Ricky at several locations, trying to get a golf ball or at least a hand slap.  Unfortunately he got neither from Ricky, but he was successful with Rory McIlroy and several others.

Sunday was with my friend Drew and his son Dylan.  Dylan is also 9, and he was looking for the same things as Peanut.  We stayed at hole number 4 for most of the day, near the green where the golfers all walk off heading to the fifth tee.

Dylan got lucky, getting golf balls from five players, including major champions Geoff Ogilvy, Jim Furyk and K.J. Choi.  He also got hand slaps from many.

But because Sunday was Mother's Day, we left before the leaders got to 4 and headed home to our respective Mother's Day celebrations.  Mine was at Safe Harbor Seafood, a seafood merchant that has a restaurant connected to the facility.  The line to order food was an hour, but we managed to navigate the place, finding that beverages could be purchased before ordering food and a nice covered area awaited outside, along the river.

In doing that caused me to miss the best golf finish in a long time, with Peanut's favorite, Ricky Fowler, winning in a playoff.

I don't mind as having a mother is much more important than any golf tournament, 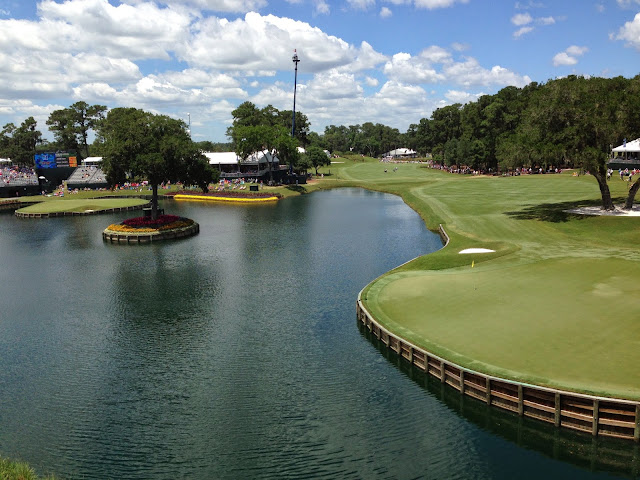 The view of the 16th hole from the Palace.
Free food and drink along with a nice view. 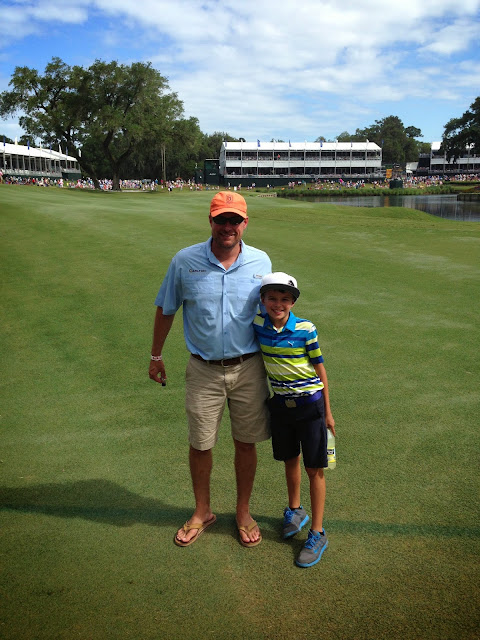 Peanut and his dad. 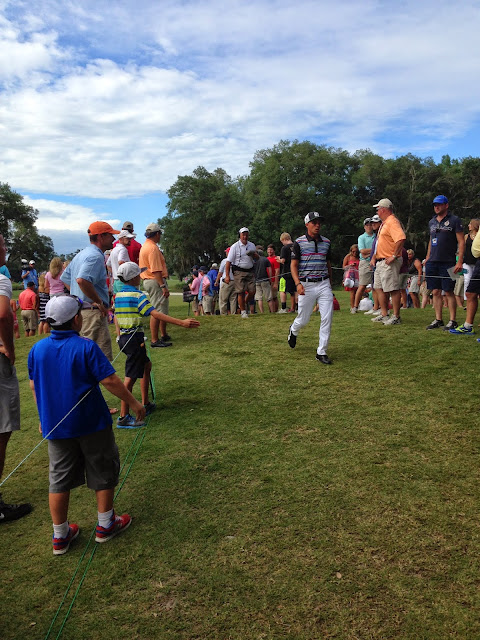 Peanut not getting the attention from Ricky. 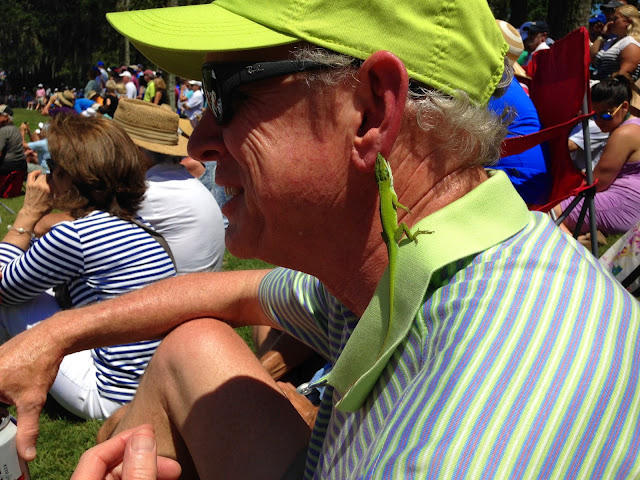 Rusty playing with a little lizard that was hanging around. 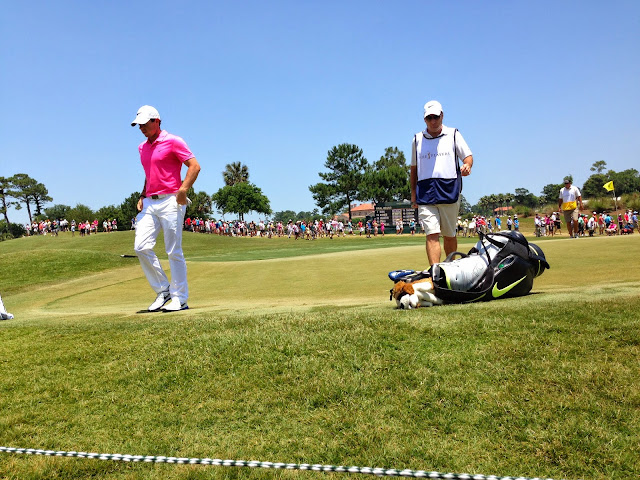 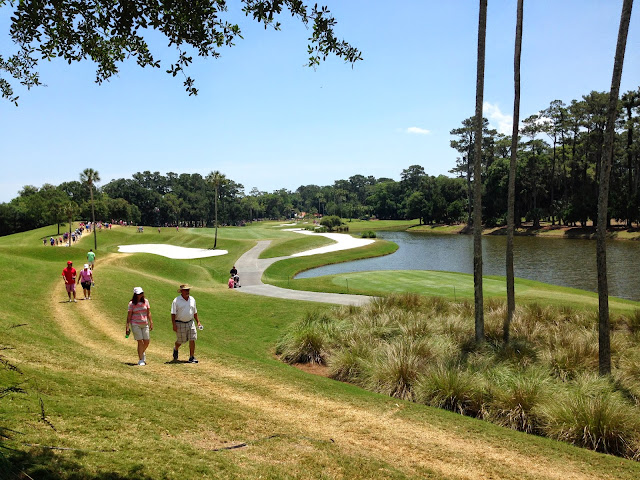 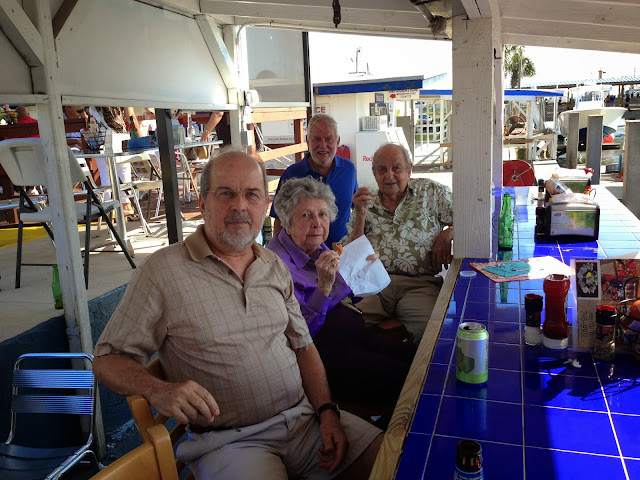 Two brothers with Mom and Dad at Safe Harbor.
Posted by Bill Leuthold at 8:02 AM