The day after returning from the 1700 mile Virginia ride, I had to get to Gainesville, 70 miles from home, to see my daughter Kylie graduate from the University of Florida.  I had the usual choice of riding, either Razzo or the Honda, or driving the Miata.  Sarah made it difficult to choose two wheels as she needed me to bring a cooler and pick up a box of chicken wings from Dick's Wings in Starke, on the way to Gainesville.

Because the weather was so good, and I will always choose a scooter over a car, I chose to ride Razzo.  I strapped the cooler in front of the top box, forcing me to sit a little forward of my usual position, but not uncomfortable.  I got the big box of wings and just hung the bag from the curry hook.  It worked fine, and without stopping for the wings, I might have set a speed record getting there.

As soon as I arrived, we headed to campus for a picnic lunch in the courtyard at the Arts college buildings where Kylie (and me 35 years ago) had her studio.  It was cool with a breeze and we ate under a large oak tree.  It couldn't have been better.  Sarah brought Tequila and fixings for my father's Margarita mix.  During one preparation of the mix, while setting down the enormous bottle, it clanged against the concrete picnic table and broke.  Not through but enough that it started leaking badly.  Quick thinking had Kylie throwing the celery out of a large plastic container where we then dumped the tequila. 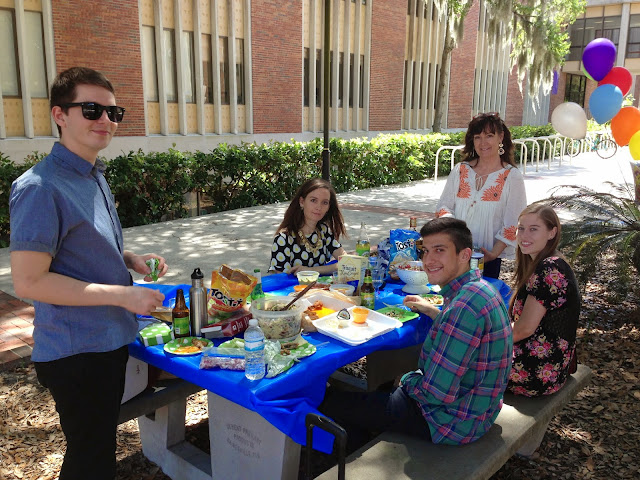 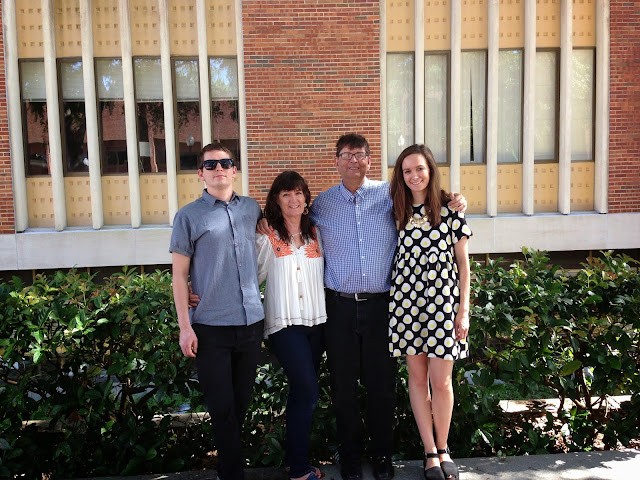 
We finally ate too much and cleaned the mess and headed out.  Kylie needed to get to the stadium early for the gathering of schools and students so I rode her over on Razzo.  One big benefit of having a scooter on campus is that parking is so easy.  There is a motorcycle parking area directly across the street from where I dropped her off, so I parked there and went inside to find seats for the five of us who were attending the graduation.  I chose the football seats we have had for the past four or five years.  We have been in that same area for the past thirty years but are giving up the tickets this year as the games are not much fun anymore and Kylie is graduating and will not be there to visit next year.

We were all concerned that the graduation would take forever.  As the students were proceeding in, Sarah counted the seats, 2400, and we did some math.  2400 at 8 seconds each would last forever.  So we thought it might be as fast as four seconds per kid.  That was still a long time. 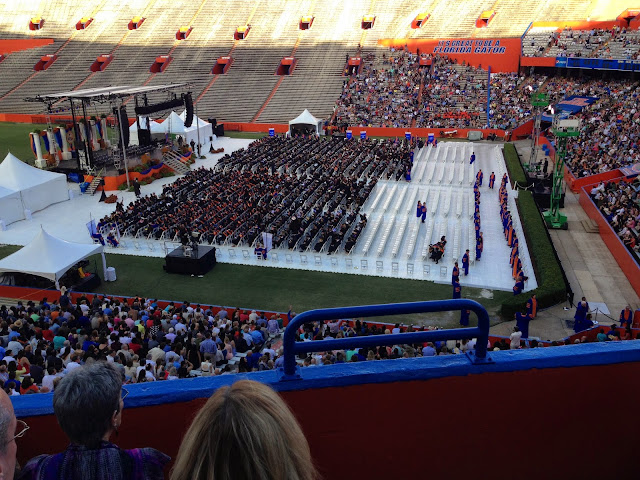 The procession.  Luckily they didn't fill all of the seats.


The graduation started and luckily the introductions of faculty, special awards and president's talk only lasted 25 minutes.  Then they started introducing the students, only 1600 in this session, and they went fast.  I timed them and it was one every two seconds.  We were done after an hour and 45 minutes. 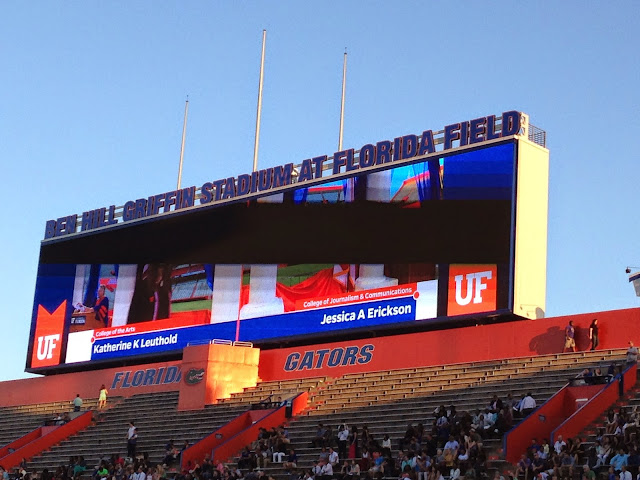 Kylie on the big screen...sort of. 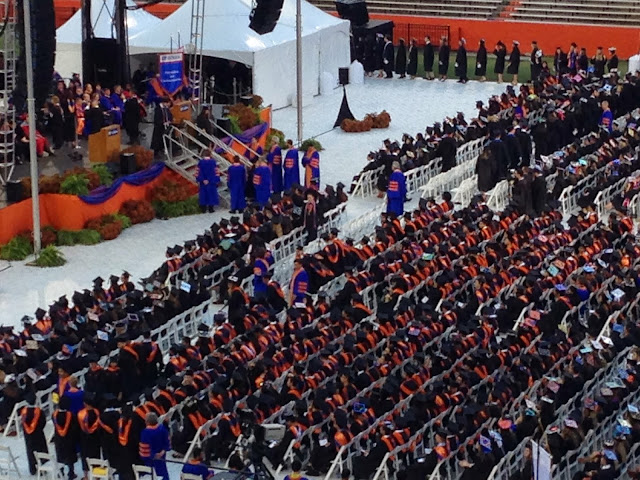 She is in there somewhere.


We then went out bar hopping in downtown Gainesville.  I stayed up well past my bed time and at midnight headed back to Kylie's apartment for the night.  Sarah drove too, but the kids stayed another hour before heading back.

In the morning we cleaned up the apartment and dealt with the dogs, but the important part was saving the tequila.  We had no funnel, but needed to get the liquid out from the plastic container into a glass bottle.  We chose an old apple juice bottle.  We ended up cutting a hole in a plastic bag and filtering the tequila through a coffee filter into the bottle.  Saved! 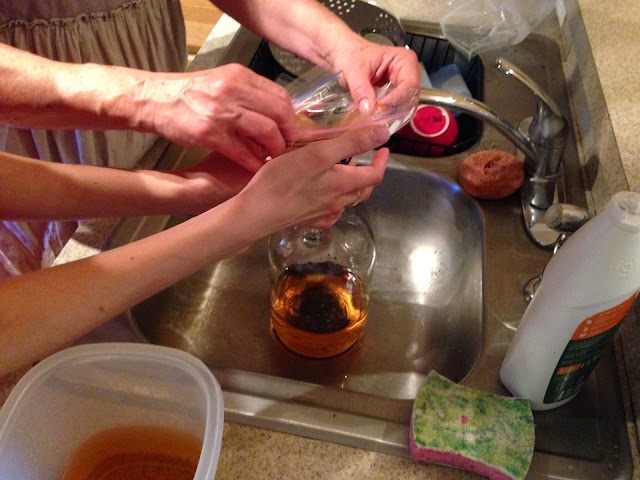 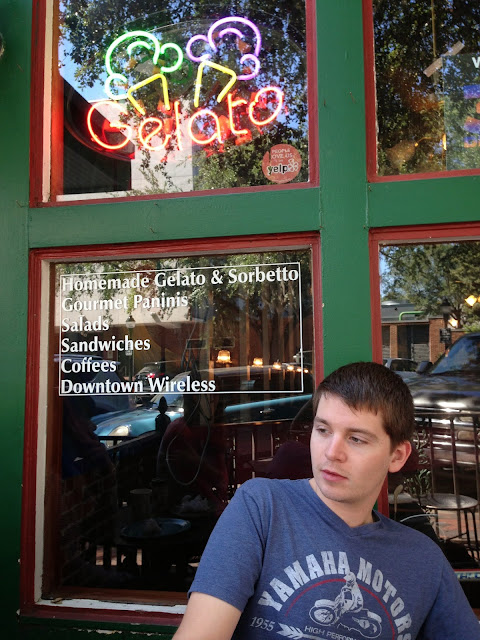 We had breakfast downtown, then Sarah had to take Sam to Orlando to catch his flight back to Chicago.  On the way home, Razzo turned over 10,000 miles on a small road that is part of several of our rides.  I have had it for just over 2 months and have put almost 4000 miles on it in that short time.  I am quite certain that it will be over 14,000 by the end of summer. 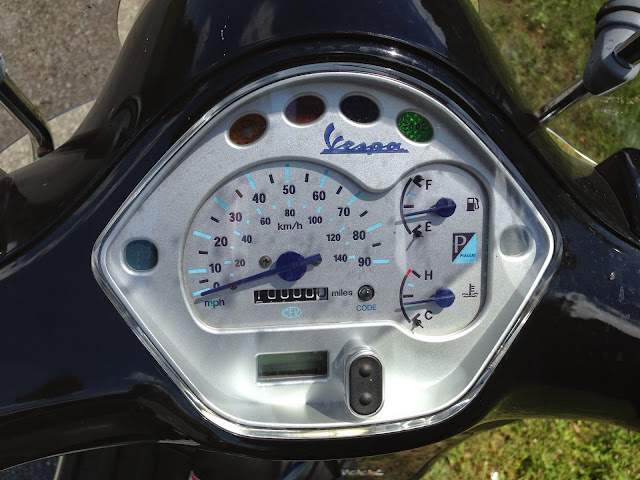 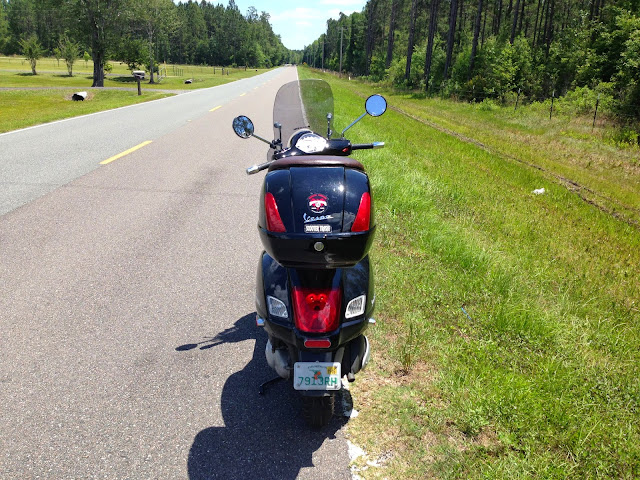 On County Road 130, near Macclenny 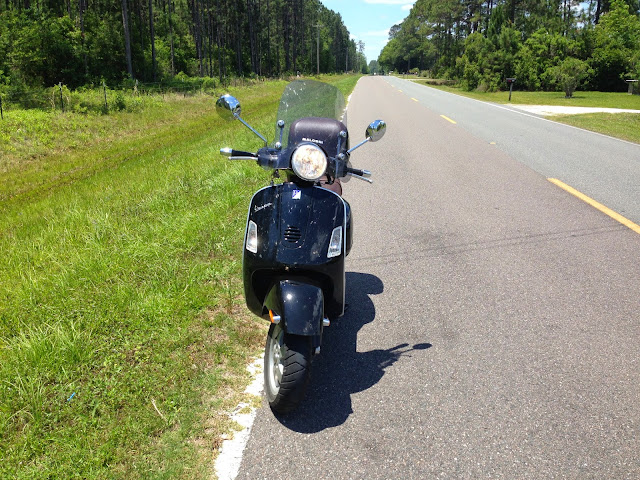 Still has bugs splattered from the big ride.

Posted by Bill Leuthold at 3:27 PM