This is a scooter blog, but on the ride to Virginia, I took solo rides through Marion and Wytheville.  Marion had a wonderful group of what appeared to be historic government buildings.  Some of them might have been a hospital of sorts.  The downtown was in nice shape with several fine historic buildings. 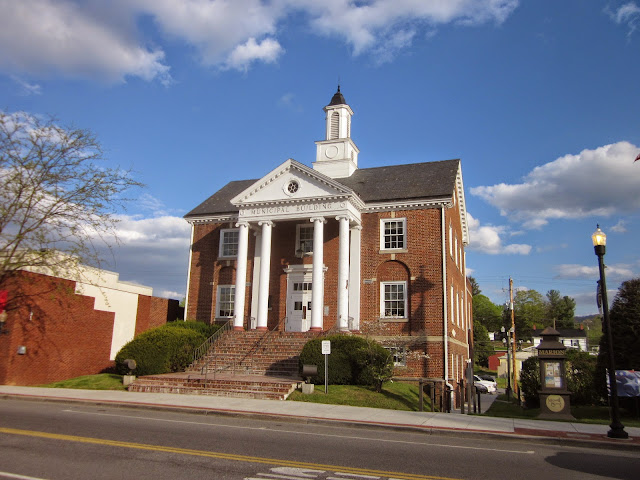 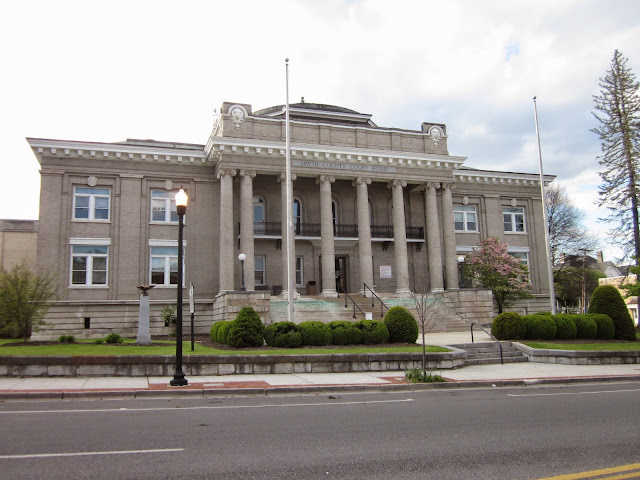 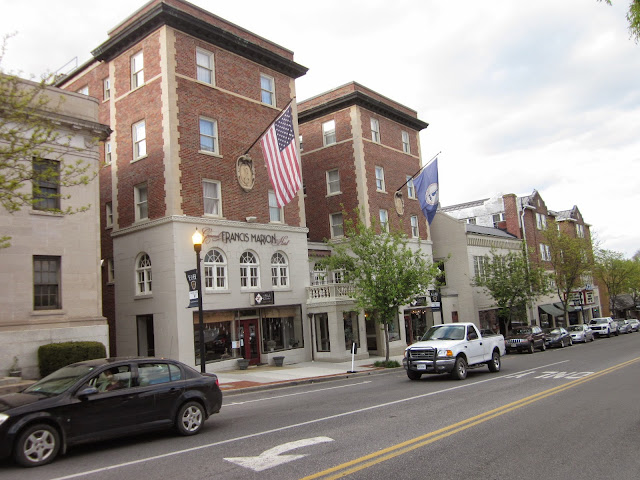 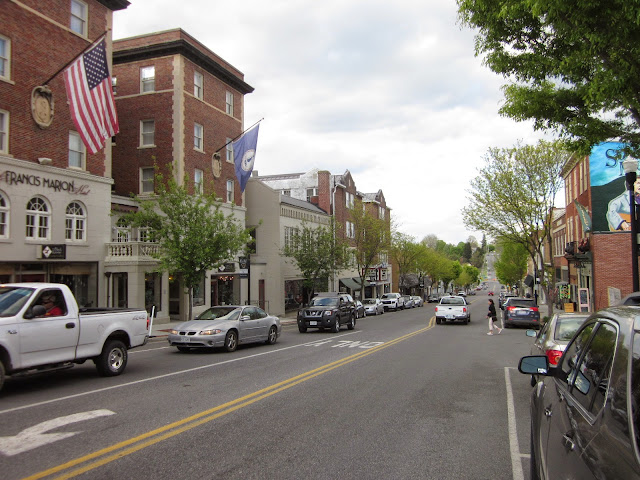 The main drag of Marion.  Not bad at all. 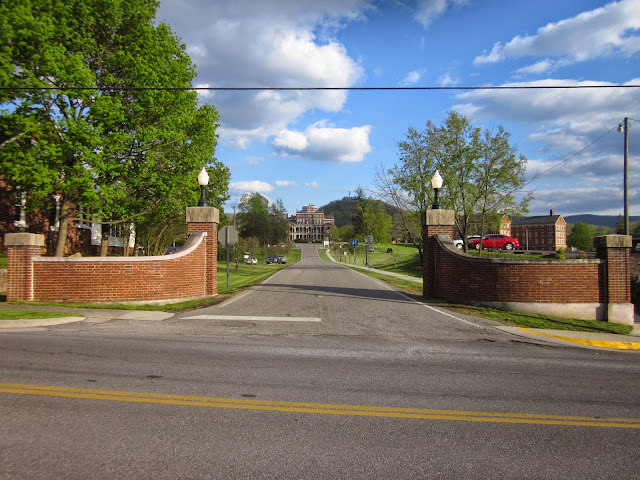 The entry into this group of government buildings 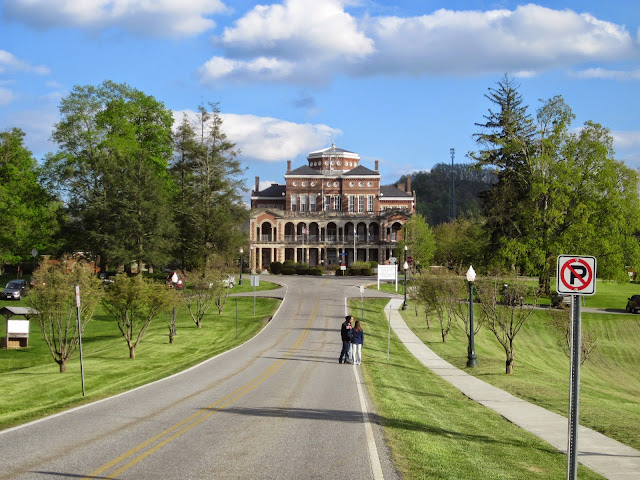 Down the main drive. 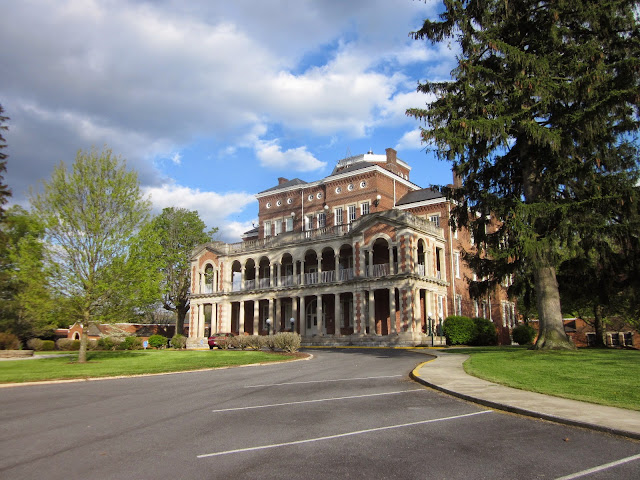 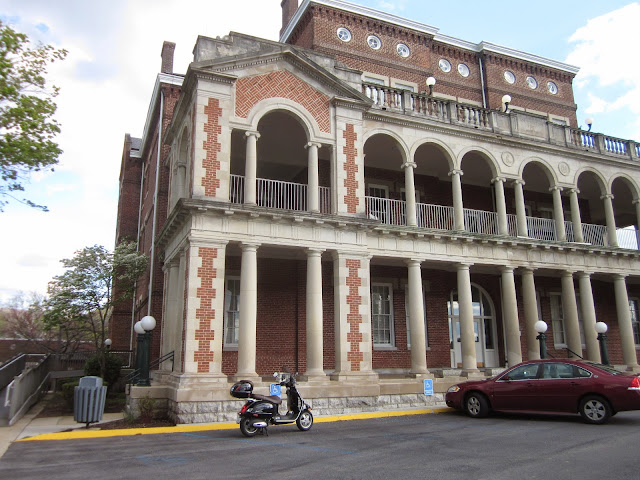 Razzo in front of this Italian masterpiece. 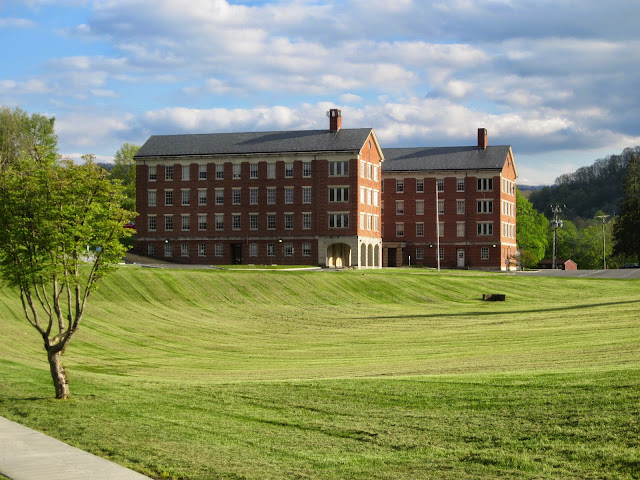 Fine government buildings.  This appeared to be the county offices. 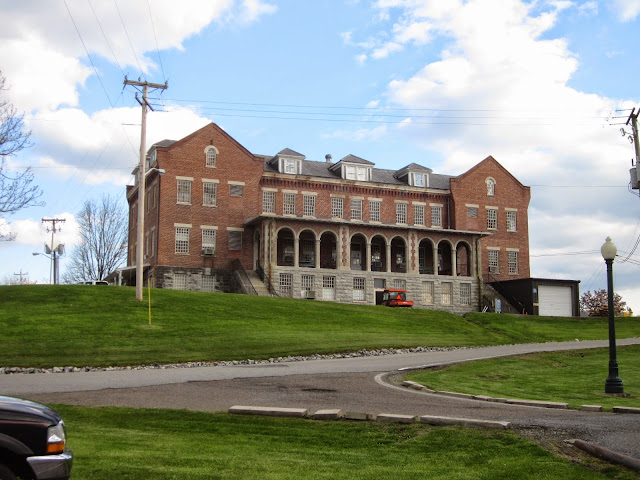 And this wonderful building appeared to be the maintenance building. 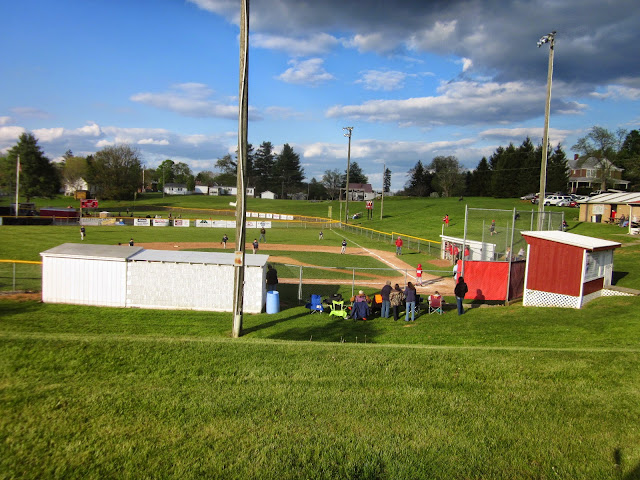 They played baseball on the property 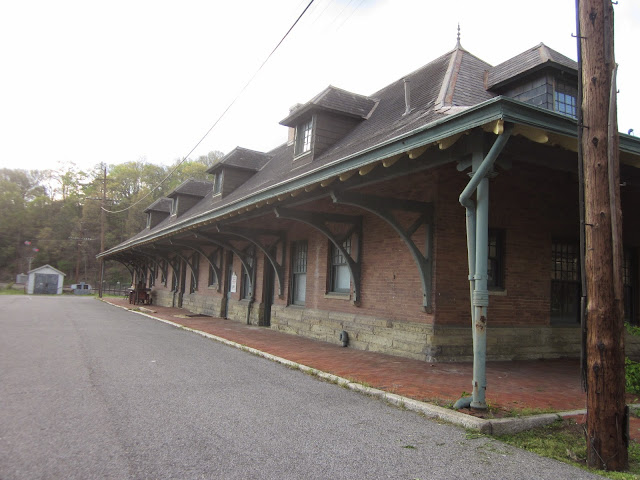 
Then I rode over to Wytheville.  This town is urban renewal gone bad.  In the 1960's, many cities felt that the old buildings were not what they wanted, so they covered much of the historic fabric with "modern" facades.  Of course, the worst of the urban renewal was the demolition of entire blocks of fine old buildings to replace them with crappy new structures.  It happened around the country. 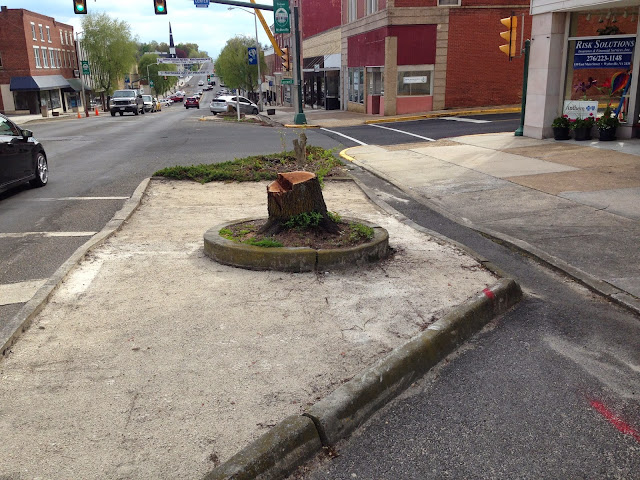 It looks like trees are considered a negative feature of this poor downtown.
Several looked this way.  Probably the start of a terrible new downtown plan. 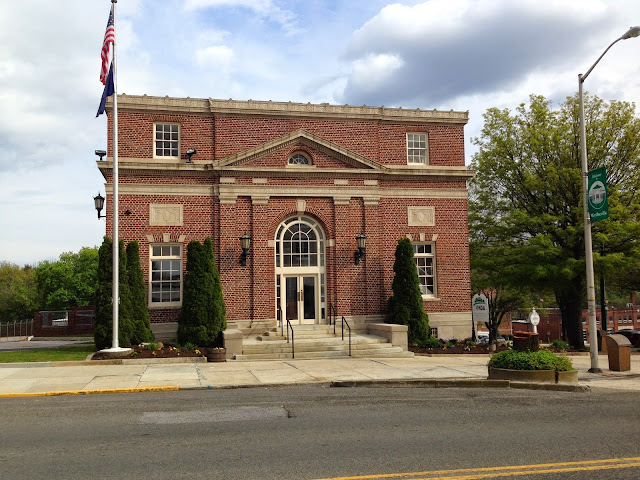 The best building in town 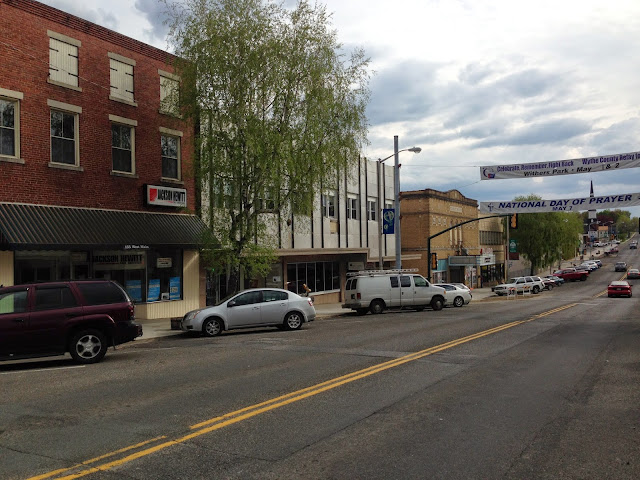 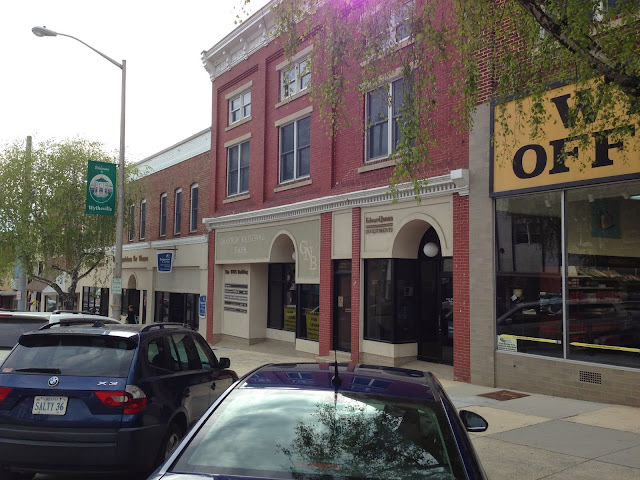 Remodeled display and entry area in a fine old storefront.
I am certain that it looked much better before. 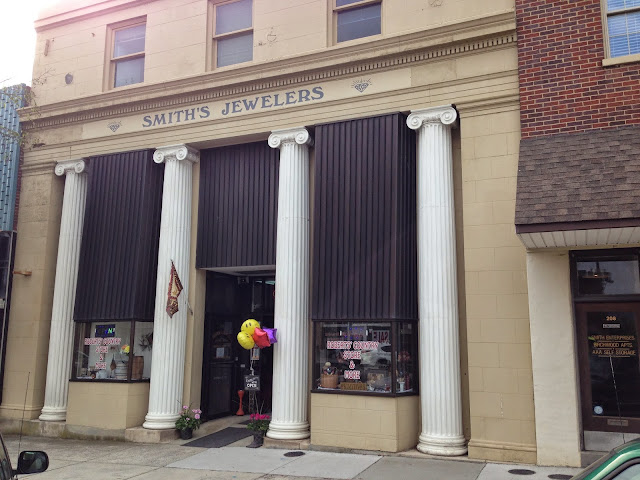 Metal panels and display windows added in the classical facade.