This week's 7 Bridges Scooter Club Sunday ride was to ride down A1A to Ormond Beach to have lunch at the Pig Stand restaurant.  The restaurant is part of what I call Harley World, a large motorcycle destination made for the two big Bike Weeks in Daytona.  It's centerpiece is Bruce Rossmeyer's Daytona Harley Davidson, supposedly the largest Harley dealer in the country.  We didn't go there.  It also has an J&P Cycles store that we checked out.

Lunch was some of the best BBQ around and the ride home was fast and easy.  I broke away from the group in Bunnell as they stopped for fuel and I didn't need any.  I rode quickly to I-295, then on that across the river to Orange Park to home.  I had thought that Rocket's high speed problems had been solved by using a better oil in the last change.  It ran great, and fast on US 1, hitting as high as 77 at times.  But on I-295, while running in the upper 70's in traffic for a couple of miles, it lost power and had the temperatures increase again.  I decided to continue across the Buckman Bridge, 3.2 miles over the St. Johns River.  It has a span that requites going up hill for a quarter mile or so.  On that part, speed dropped to 59 maximum.  Then downhill I got back to 70 but that is all it had.  When I stopped at a light after getting off the highway onto US 17, the oil light came on and stayed on for probably 10 seconds.  It is a mystery to me.  After a second stop at a light, the temperatures returned to normal and it rode well the remainder of the way home.

It is trying to tell me something..... 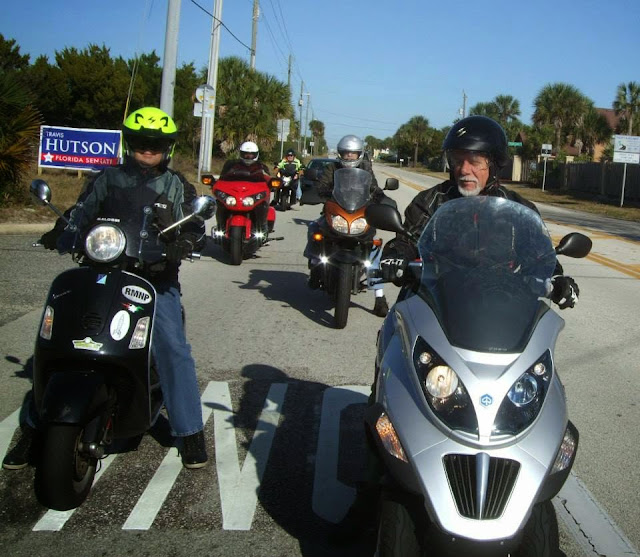 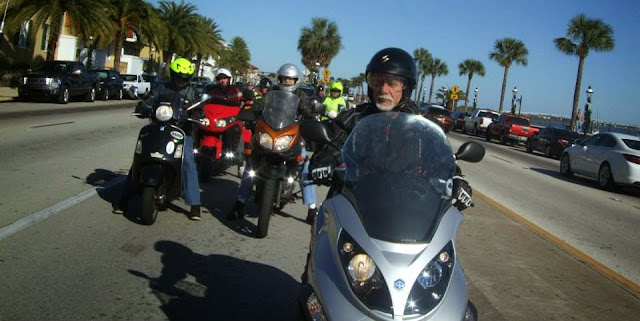 Waiting for the Bridge of Lions in St. Augustine. 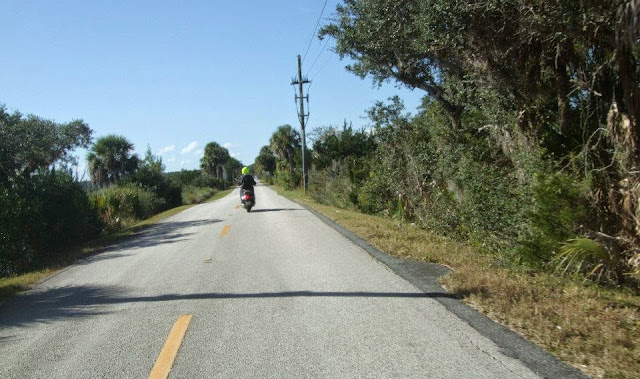 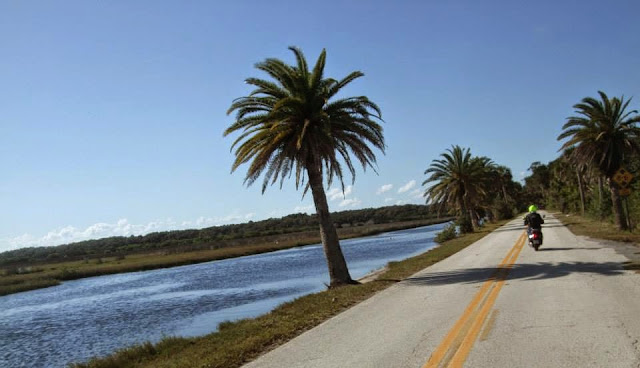 Along the creek and marsh 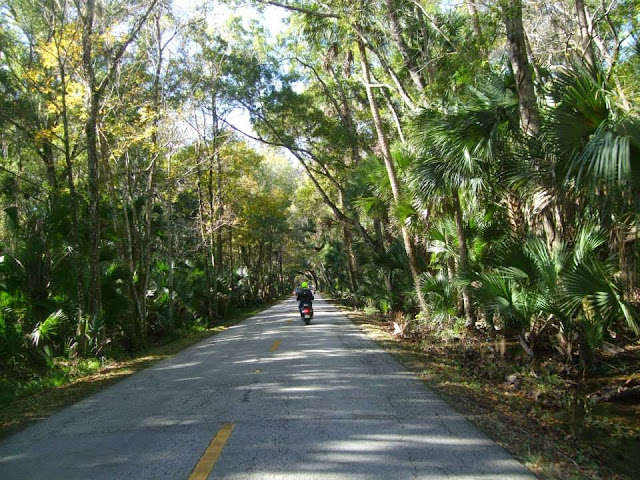 In the coastal forest 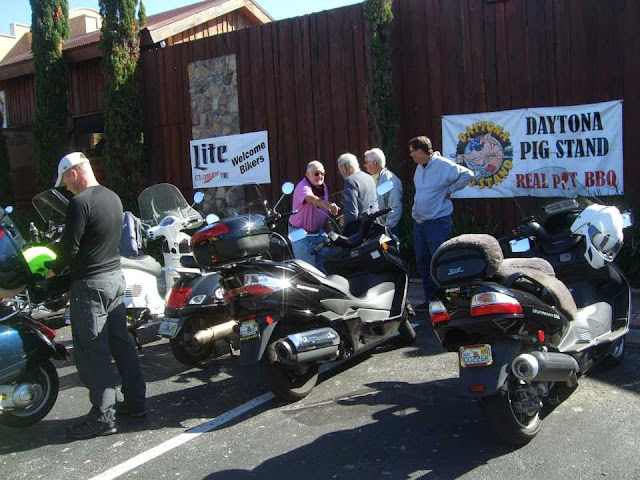 At the lunch stop

Posted by Bill Leuthold at 8:15 AM