I purchased my 1999 Mazda Miata 10th Anniversary Edition in March of 2007.  It was so my son Sam and I could participate in local Autocross events.  He and I both enjoyed it very much until he headed off to college.  I liked it so much that I have continued to enter events through the years.

This year has turned out to be my best year ever.  The SCCA changed the class for the NB Miata from C Stock to E Street.  The Street designation is due to a major change to ban racing tires from stock classes.  The result of this is that I have a better handicap (PAX) than in the past (actually the same as last year running street tires)

It started out a little slow with half worn tires, Dunlop Direzza II extreme summer tires.  The early results were good but I kept getting beaten by either Larry or Fast Phil, depending on venue.  At Gainesville, a true road course, I could beat Larry but Phil got me.  At the Fernandina Beach Airport, I had all kinds of problems getting comfortable with the grip and courses and Larry smoked me.

I bought new tires before the ninth event at Roebling Road in Savannah.  They proved to be very helpful as I did well there, then very well in the last two events, 7th out of 88 at Gainesville, 2nd out of 41 at Fernandina Beach.  In the last event, I was faster than Fast Phil for the second time ever, first when we both had good tires.  Larry was third in class, fourth overall that day.

I ended up second overall for the year, first in ES.  I had lobbied to allow two race drops for the championship as it is hard for most drivers to make every event.  Of those who missed two events, Nelson was the best.  He won outright six of the events.  So, if they had allowed two drops, I would have finished third, where I feel I should have finished.

It was very rewarding because Larry competed in every event.  I missed one because I was returning from the Scooter Cannonball that day.  So Larry could drop his worst performance while I had to count all of mine.  It was close, but I was faster than him at every Gainesville event, one by almost three seconds, so I was able to catch and pass him in the last couple of rounds.  The finale was my best event ever.  Second in PAX, 5th in raw time and beating Phil's time, even by just .01 second and Larry finally at Fernandina, was great.  The scooter club even came by to get in on the fun. 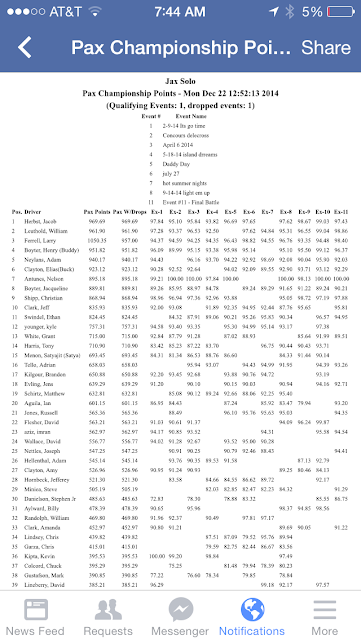 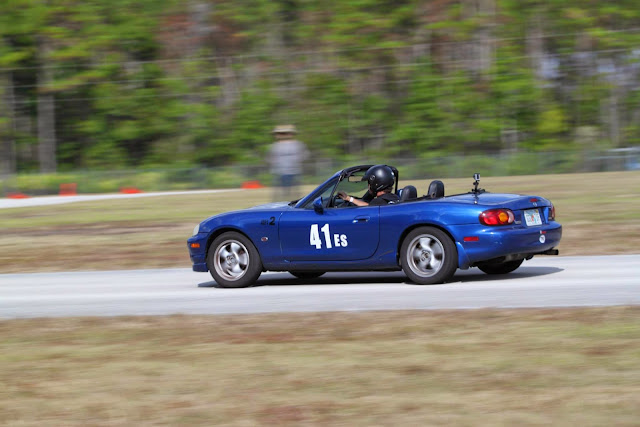 The Miata in action at Gainesville 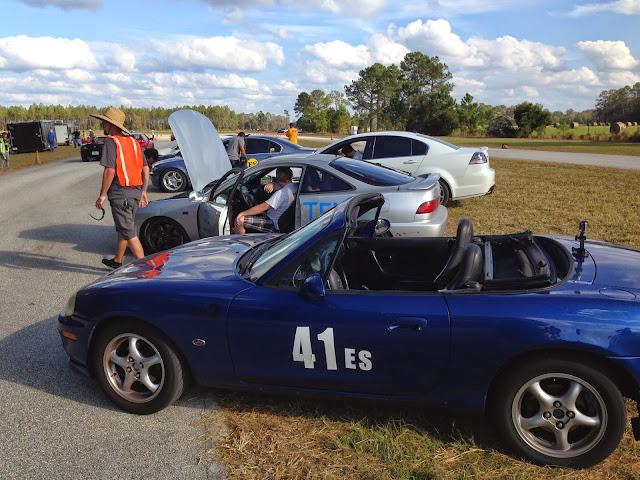 On the grid in Gainesville 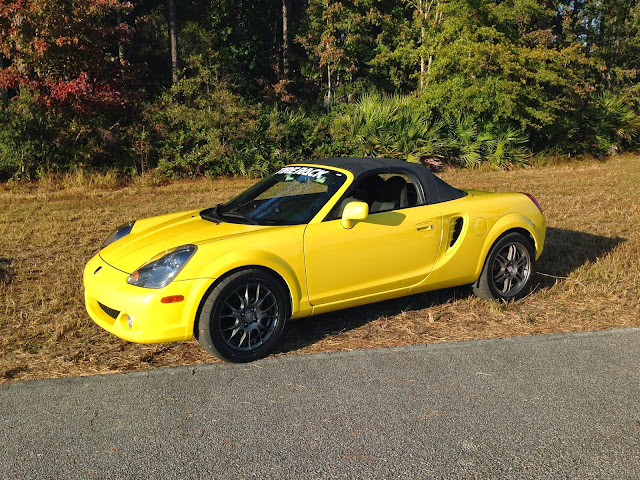 Posted by Bill Leuthold at 9:04 AM