This past weekend had Sarah and me invited to three parties on Saturday with an Autocross for me on Sunday.  Busy indeed.

It started with us heading to Amelia Island, 40 miles north of Jacksonville with a terrific ride up the coast through the marshes and forests of Little and Big Talbot Islands along with Fort George Island and Amelia Island.  It is among the nicest rides in our area.  This was a drive in the Miata for an open house given by the owners in thanks for all of the people involved in the construction of their new house in their compound, called Possum Point.

The compound is unique in the area in that the owners recently purchased three additional lots to go along with their existing house in the Amelia Island Plantation development.  These lots are among the finest parcels of land I have seen in the area with views to the western marshes and the Intracoastal Waterway.

I designed a new house with a clubhouse and garage, all connected by a trail and trellis system.  The new house is larger than the existing house but they didn't want it to dominate, so we kept it simple with materials and details similar to the existing house.  The houses are separated by landscaping, so they don't compete at all.

The attendees included everyone who worked on the project including plumbers, electricians, landscapers, painters, cabinet makers, etc. and included barbeque and a bluegrass band.  The house looked great and everyone enjoyed seeing the finished product.

Party two was at a house that Sarah and her real estate partner Linda had found for the owners.  It is on the Cedar River in Jacksonville, a large creek that winds its way through neighborhoods to the St. Johns River.

The evening had us attending the annual Christmas party given by Sarah's yoga friend John and his partner, Ken.  They have the most Christmas trees of any house I can imagine, with at least 7.  They put on a great party with nice food and several friends that I don't see enough.  One of these is Tom, who it turns out was instrumental in a program called Rushmore at Harley Davidson.  Through the program, Harley Davidson made some major changes in their products and marketing.  I got to talk to Tom at length about that and my recent long rides.  We are going to schedule a weekend ride to take after the new year.

Sunday saw me getting up early to head back to Amelia Island for the SCCA Autocross at the Fernandina Beach Airport.  I had really been looking forward to this one as I had found myself in second place overall in the year long standings.  I could not catch first place but third was taken by my friend Larry in my class.  He has always beaten me at this track but I had been gaining at Roebling Road and Gainesville recently and had overtaken him for second.  The other part I was looking forward to was that Fast Phil, a former professional driver was attending.  I had only beaten Phil once, and that was when he was racing on old worn tires.

We were first to run in the small turnout of 41 drivers.  I ran first among me, Larry and Phil and found that cold tires on cold asphalt made for some serious sliding and a slow time of over 49 seconds.  Larry and Phil easily beat that on their first runs.  On my second I had a passenger and pushed hard, getting down under 45 seconds.  Game on.  My fastest run was on my fifth and ended up beating Phil by .01 seconds and Larry by .18 seconds.   It made for a very cool day.

The second run group had some fast drivers and Nelson ended up faster than me by enough that he finished first overall in the handicapped PAX scoring system by around .4 seconds over me in second.  Phil and Larry were third and fourth overall out of the 41 competitors.  It was my best finish in the eight years I have been doing this.

Then, to relate it all back to Rocket, I had left it at Boris' warehouse all last week.  On Saturday it started and Boris asked me to ride it long enough to warm it up and see if it would start.  I had ridden the Malaguti to the warehouse with a new belt and rollers for him to install while I had Rocket.  I rode home and it started, so the coil diagnosis may be off.  But when riding it the rear end felt loose.  I asked Boris to try it and he noticed as well.  So we looked and found a rubber bushing at an engine mount to be falling apart.  This left the connection loose so the entire engine and transmission unit was loose from the chassis.  Not really dangerous to ride home, but in need of repairs.  He ordered parts so we will hopefully have that repaired next weekend.  Just in time for Sam's return home for Christmas.  I always look forward to riding with him when he is home.

I got an extra 8 mph with the new belt on the Malaguti, but it feels like the transmission is stuck on the highest gear ratio.  Acceleration is bad but once it gets to around 30 mph it slides right up to an indicated 47.  Big improvement. 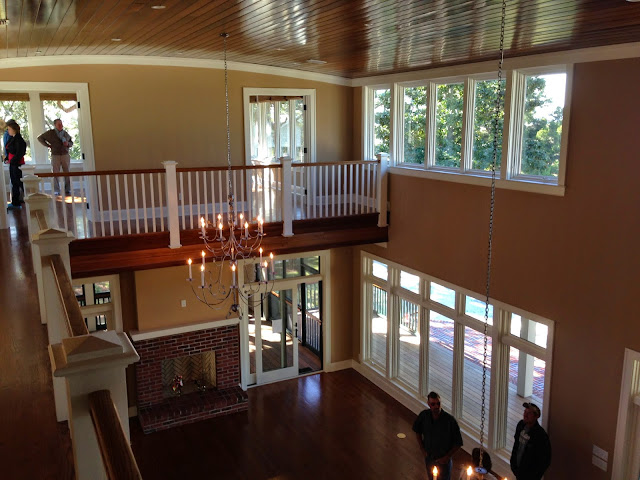 Inside the new house 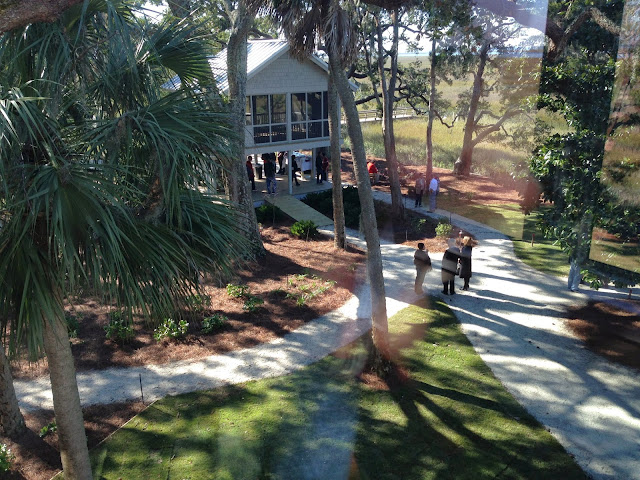 Looking out the window to the clubhouse 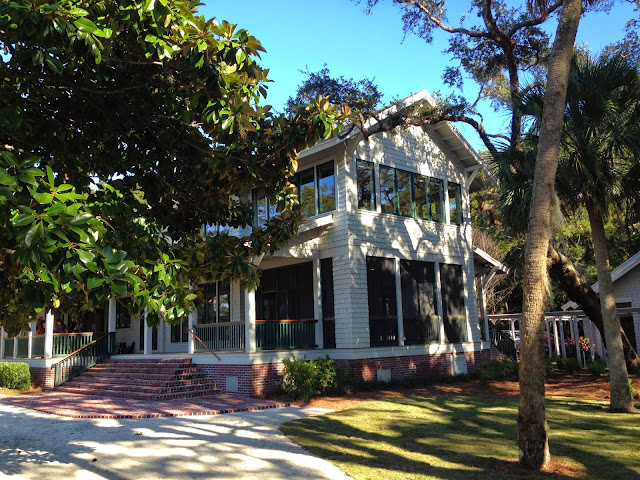 The south end of the new house with the screened porch with the Sky Room over. 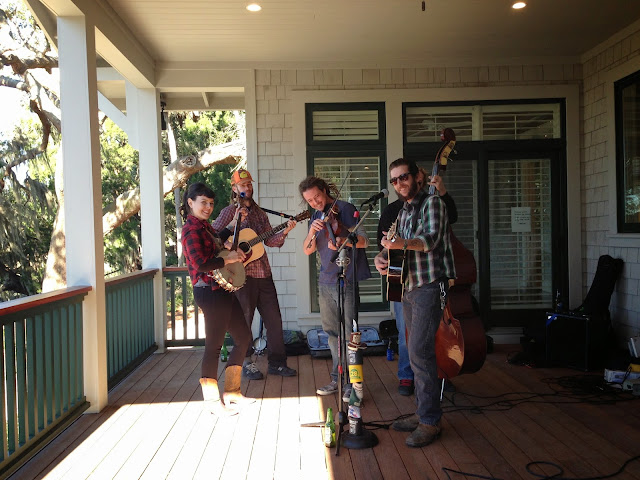 Bluegrass on the porch 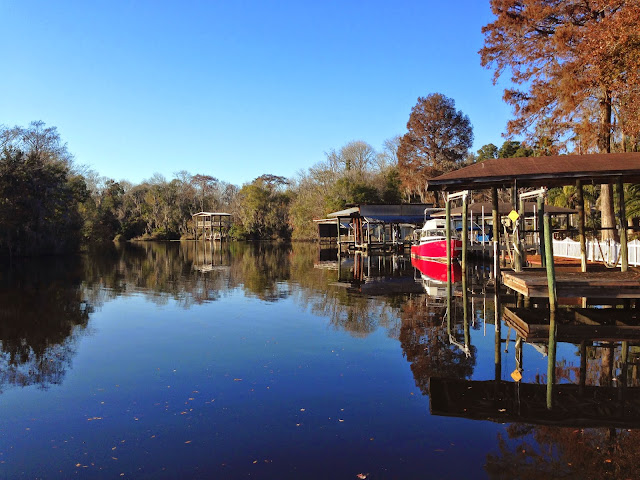 The Cedar River from the dock. 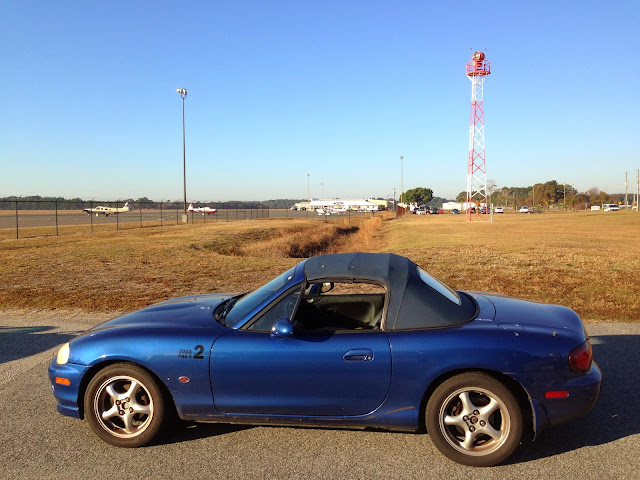 The race car at the gate 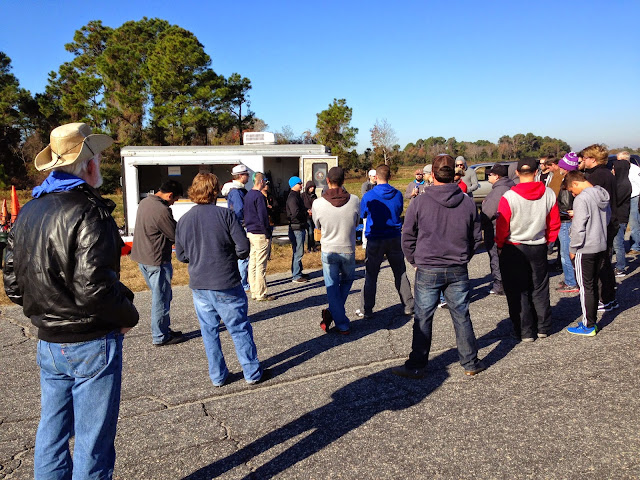 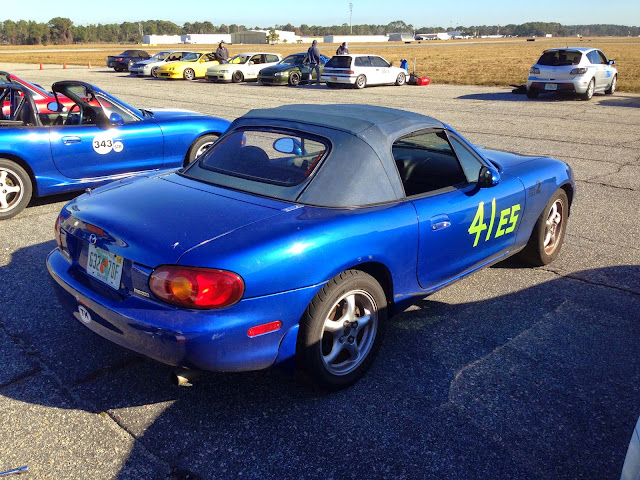 I forgot my numbers and had to resort to painter's tape. 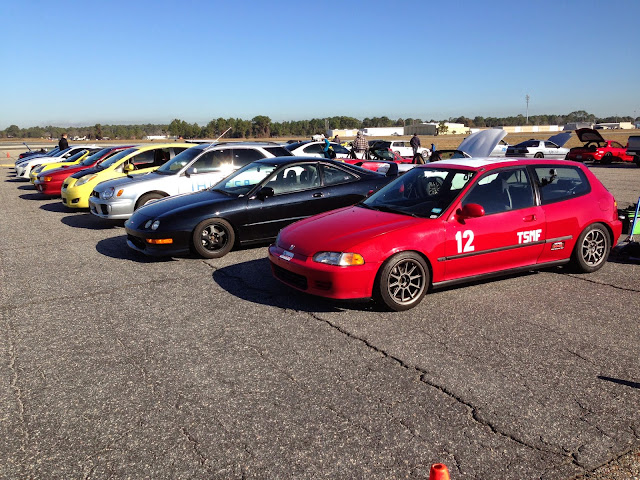 Nelson's hot hatch.  I kid him, calling it an econobox.
But it is very fast, especially with him behind the wheel
Posted by Bill Leuthold at 5:45 PM