I have had my new Garmin Zump 660 for a couple of months now.  At first it wouldn't charge the battery, but my friend Ralph said to rub the connections with paper and a pencil eraser.  It worked.

Then I noticed that it had no way to run it on a RAM mount without hardwiring it to the scooter.

I had been told to use Posi-Taps but couldn't find them anywhere.  Then I went to West Marine and found something similar, but watched a video that said to wire it directly to the battery.

I was starting to do this when I decided to see if I could wire it to the 12v outlet that I have been using for years.  It had two wires and the GPS had the same, plus a way to test it on the exposed connections.  I touched the wires and the GPS came on.  Success!

So I used the connectors and they worked perfectly.  I re-assembled the scooter and took it for a test ride and all was good.

So I should never get lost again..... 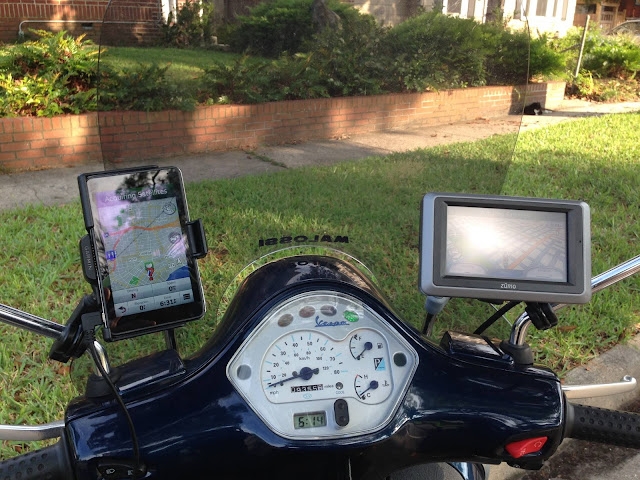 I will be running both on the Scooter Cannonball Run
Posted by Bill Leuthold at 10:32 AM