I have already written most of my reasons for replacing the carburetor on Razzo.  It is because I fear that it will drop a part and ruin the engine while running the Scooter Cannonball Run.  It had been showing signs similar to what Rocket did before changing it's carburetor at 50,000 miles, that being running fast when restarting and taking a while to return to idle after riding.

So today I thought I would give it a shot in my garage during the relative cool of the morning.  I got it ready and prepared lighting for the operation.  The new carburetor came out of the box and I went into the engine compartment to begin the work.  First thing was disconnecting the hoses and throttle.  Then the air box and connection to the intake manifold.  This was easy.

I removed the old one and compared it to the new one.  One area had a cover on the old one with a spring and brass plug inside.  The new one did not have anything here.  I called Boris who said that it was probably a connection to something that my scooter didn't have and the manufacturer changed the casting to eliminate it.

Then I began installing the new carburetor.  What a chore.  There is a small rubber bellows near the throttle that came loose after connecting two hoses.  There was no way to get it reattached in the engine bay so I took everything out and got it connected.

Then back again and the bellows came free again.

Out, fix and back again.  I finally got most of the hoses connected but the fat hose going to the air box wouldn't fit.  I took the screws out of the air box so I could manipulate it some but still no connection.  I was exhausted after working on it all morning so I packed up and called it a day.

It did fire up so most of what I did worked well. 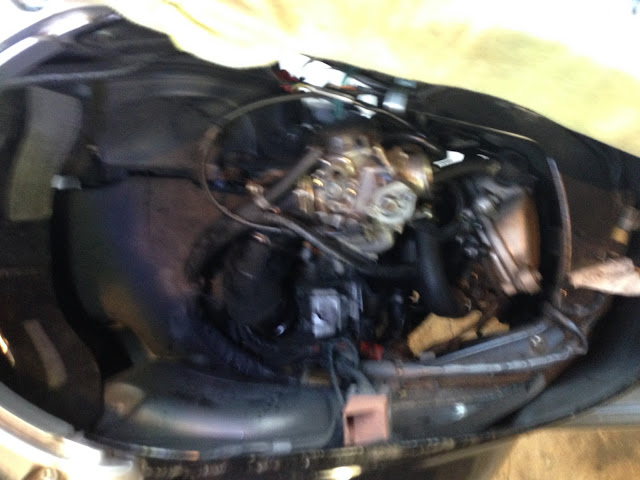 Blurry photo of the engine bay with the carburetor mostly disconnected. 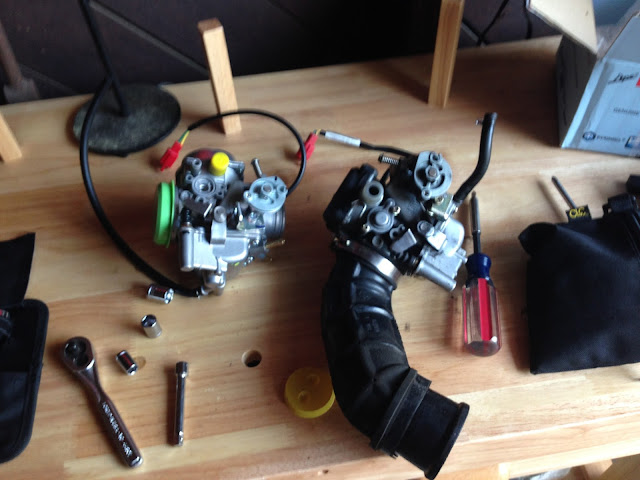 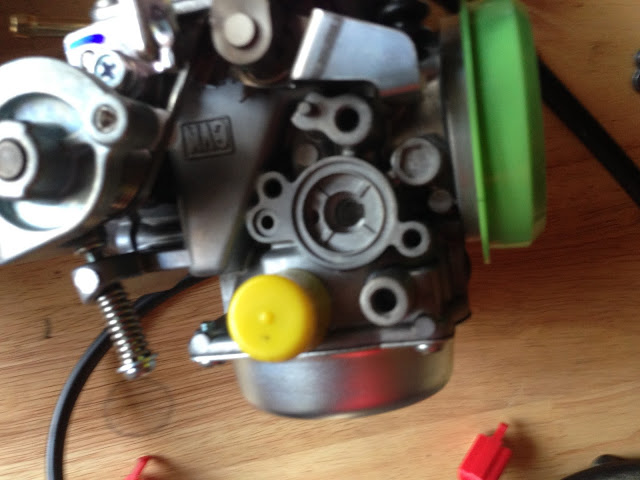 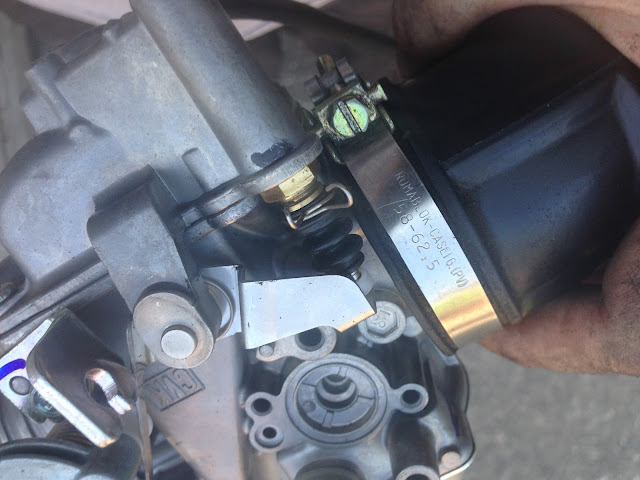 And the little bellows that gave me so much trouble.

Posted by Bill Leuthold at 3:32 PM