The straw that broke the camel's back during the ninth day of the 2014 Cannonball was a broken belt, caused by a broken variator.

Rocket stopped near Camden, Arkansas.  I felt it vibrating while riding through Hope and knew that I would have to deal with it at the stop.  But around 50 miles short of the hotel in El Dorado,

I had tools and a belt so I began removing the transmission cover when Ed, a fellow rider, stopped and busted out his tools.  He was very helpful and knowledgeable, but one of the cover screws stripped, so we were stuck.  I called Will, who came and picked me up for the ride in.

I had hoped to repair it on the side of the road, so I could continue, but I was woefully short on skill and tools as I was to find out at the hotel.

Once there, Ken got on me to quit moping and get it fixed.  I ended up buying a bolt remover tool recommended by my mechanic, Boris, that did the job getting the case open.

Then, with help from Doug, removed the outer drive pulley and most of the variator.  But the back plate was stuck to the shaft and couldn't be removed.  So Mark jumped in with his magic puller and pulled the plate off, but in doing so, it got bent.  Unusable.  So I was done until Bagel came up and offered a variator from his spare parts.  I chose to only use the back plate and Doug did most of the work and we put it all back together.

I rode it around a little and it worked but was still not right.  But at least it was running.

In the morning I took off for New Orleans and could feel a shake.  Within ten miles I felt the belt coming apart and it finally shredded in northern Louisiana.

It got replaced by the dealer in New Orleans.  We looked at the old one and could clearly see that the bushing had gotten out-of-round, causing the shake.

After that I had the variator nut come loose twice, destroying the outer drive pulley both times.  That was Rocket, and is one reason not to ride that scooter in this Cannonball. 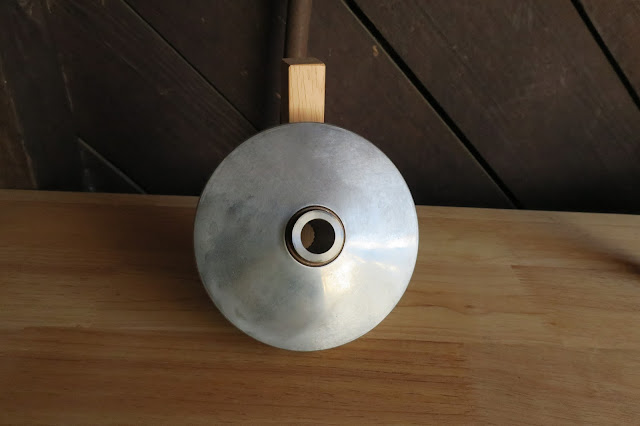