Within the past two weeks, two members of the 7 Bridges Scooter Club have bought Yamaha Morphous scooters.  This was an addition to the long and low scooter trend started by the Honda Helix, but sent to new heights (or lows) with the Morphous.

The styling can best be described as 1990's Cadillac.

This is a 250cc scooter that has a seat height of at least six inches lower than the large frame Vespas.  It looks much longer but performs similarly.

Both new owners appear to love them.  Charlie likes it better than his other three scooters and Mike was beaming. 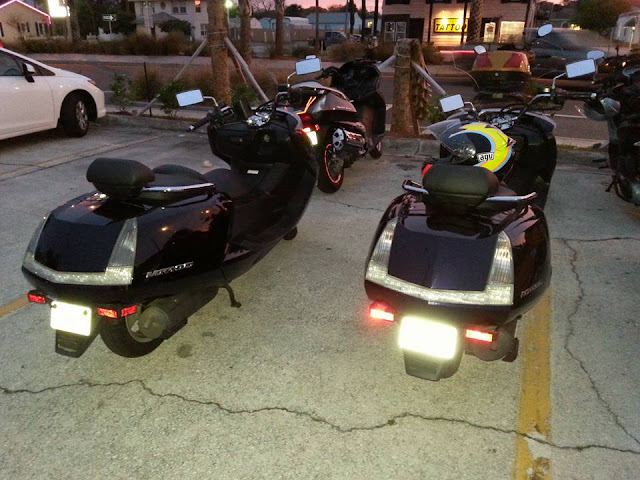 Posted by Bill Leuthold at 8:06 AM