I have had two gatherings with Ken Wilson in the last month.  One was the Oyster Tour, the other was the missed flight ride of David Masse.  So I was surprised when he let me know of another ride this weekend, this one to Clewiston for a canoe ride, then to Avon Park.  Of course, I accepted along with Gary Kinney, who rode down from Dothan, Alabama.

I decided to meet them in Clewiston, 330 miles south of Jacksonville, taking non highway roads the entire way.  This route would make a perfect replica of a typical Scooter Cannonball day.  So I decided to ride it that way.

I left home at 7:32.  I stopped twice for fuel only and made it to the Clewiston Inn at 1;20.  5 hours and 48 minutes according to Garmin for an average moving speed of 60 mph.  With only 13 minutes of stopped time, the overall average was 57 mph.  It could have been a little faster, but I was pleased.

I wanted to ride Rocket, but noticed that the back tire is on the wear bars and I could only reach 71 mph on Saturday.  So I changed out the entire transmission on Razzo and took it instead.  It ran great. 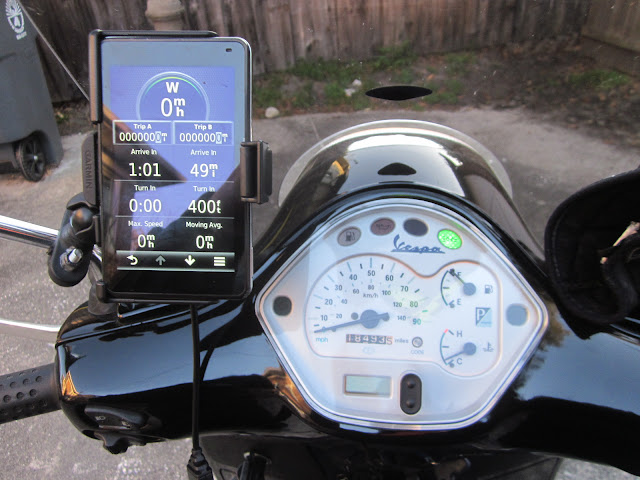 At my house at the start. 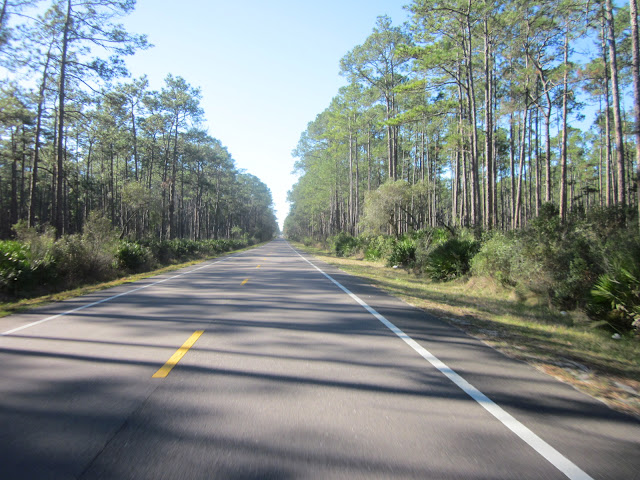 On 19 through the Ocala National Forest 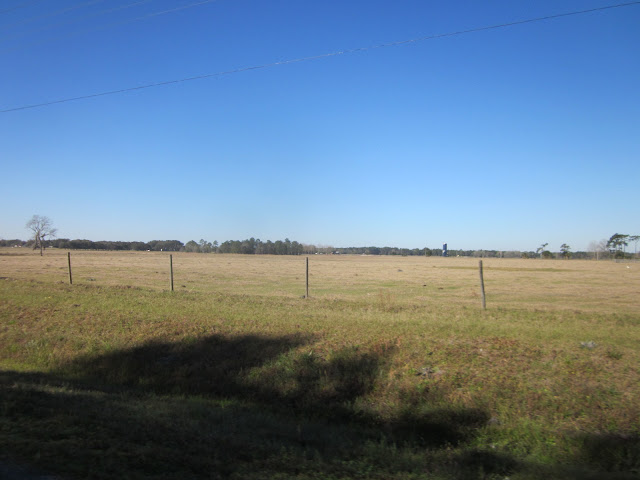 A lot of nothing, but I like these quiet roads 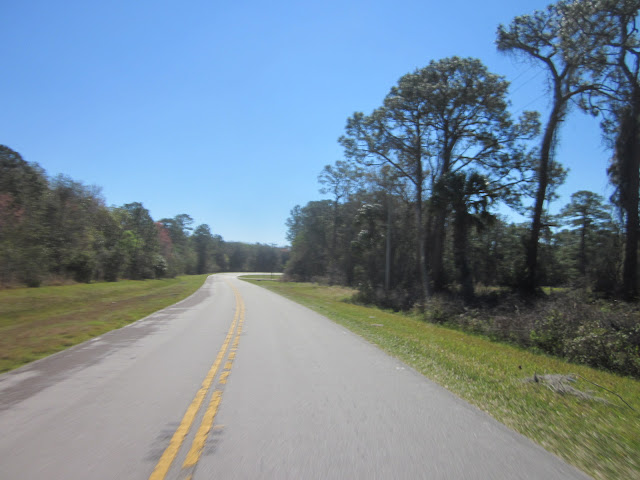 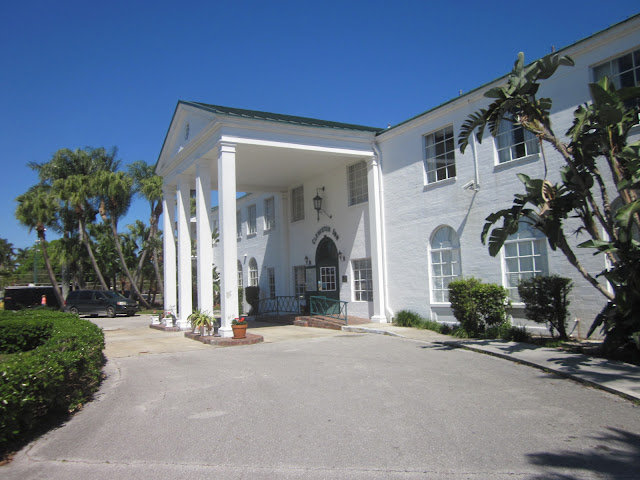 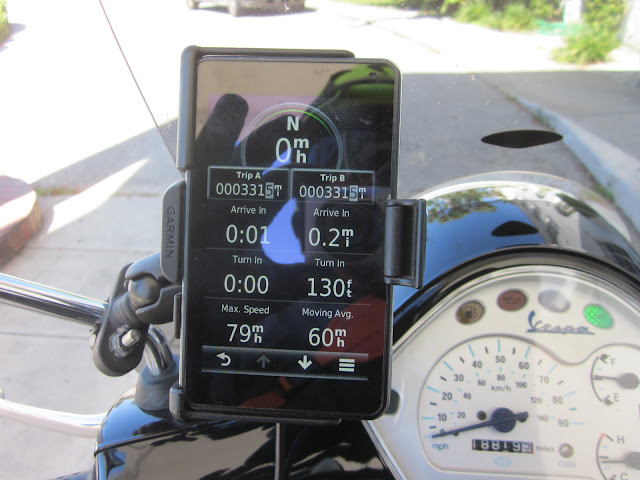 At the Inn, top of the summary 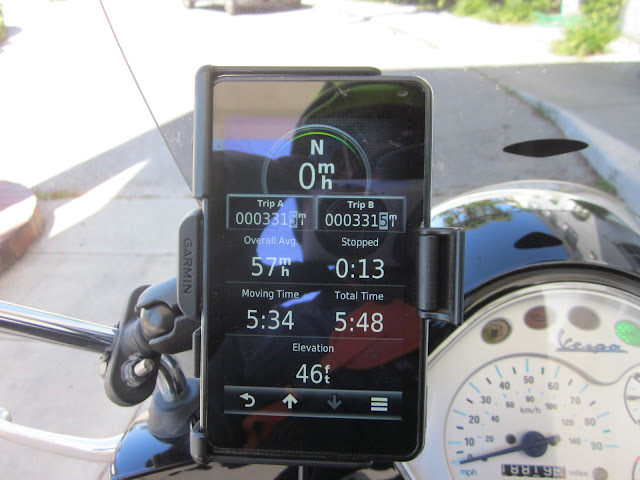 And the bottom.  A lot of riding. 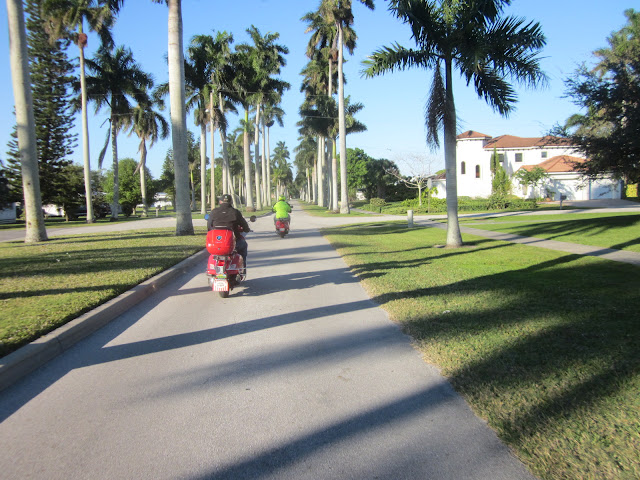 Then we went to a Tiki bar.
Ken guided us through the Royal Palm lined street adjacent to the hotel 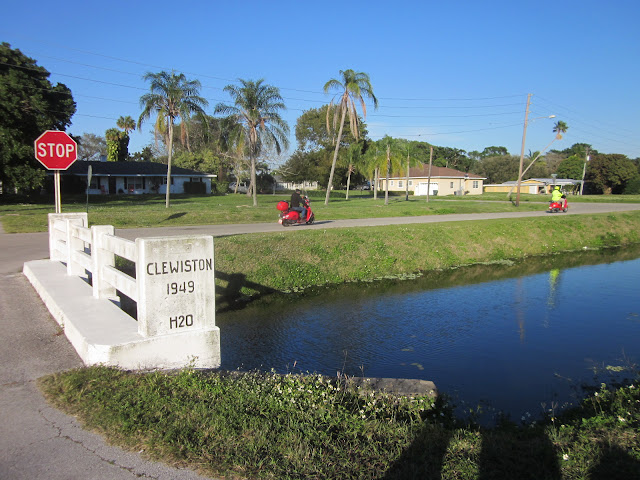 I liked the bridge markings and caught the boys speeding past. 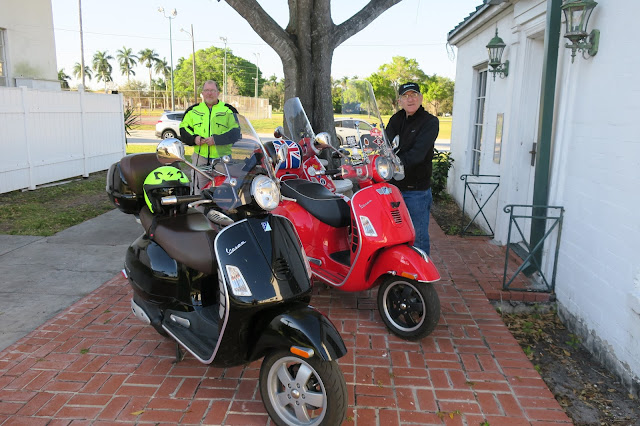 Scooters in front of our apartment at the hotel. 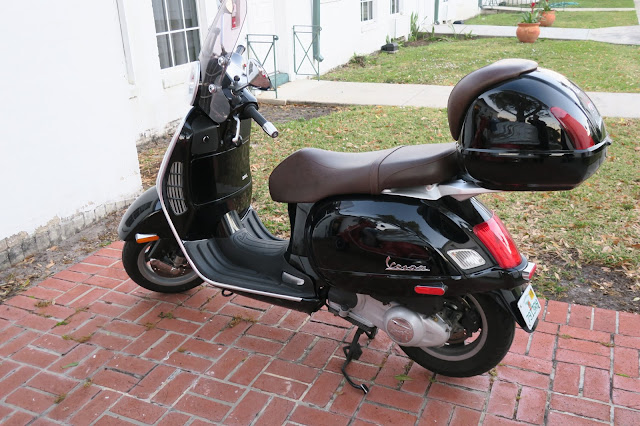 Posted by Bill Leuthold at 9:38 PM