Photography From a Moving Scooter

My friend Dave, Fledermaus on MV, asked me recently about my technique for taking photos from my moving scooter.

Some use a fixed camera that can be activated by remote control.  Some use a GoPro and capture still shots from the video.

I do it the old fashioned way.  I attach the camera to a lanyard that stays around my neck.  The camera usually stays in the left coat pocket (the non throttle side).  I pull it out when I want to take photos and often leave the camera loose until I hit another boring stretch of road. 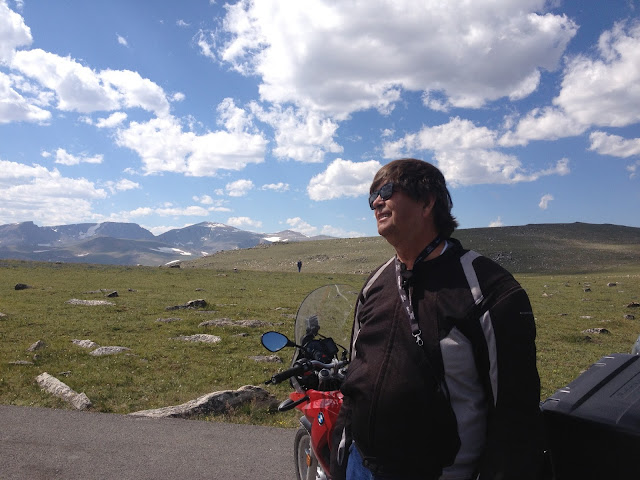 Camera in the left pocket at the Beartooth Pass in Wyoming

I lead many rides, so I often shoot to the following riders by holding the camera over my shoulder, then snap the shutter with my gloved hand. 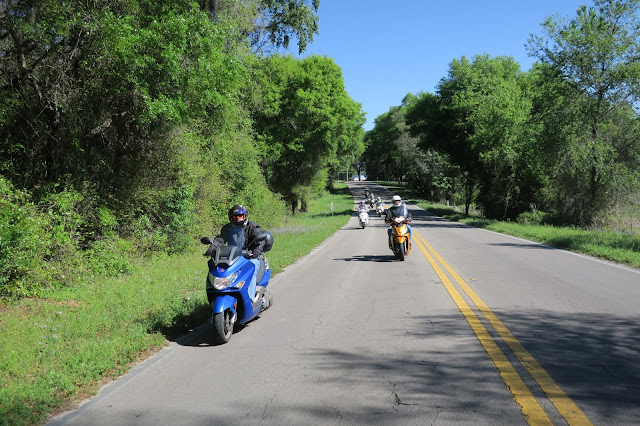 Looking back yesterday on 315 near Interlachen, Florida

It usually works well, but I often miss shots or the photo is of something other than the planned subject. 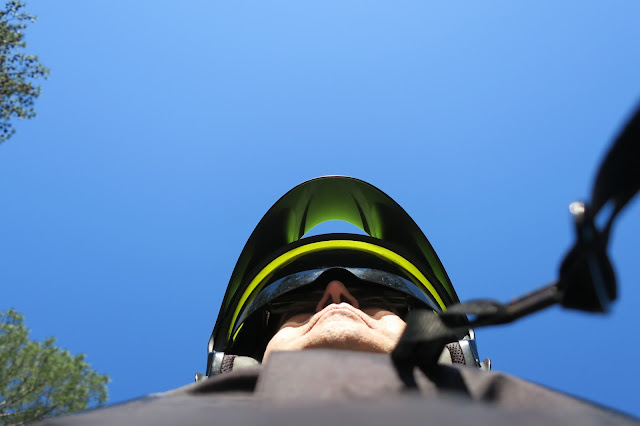 Thought I was taking a photo of something else.  Got a good one of my chin and nose.

Doing this does cause some distraction.  I don't take photos in locations where I could be in danger by moving around in my lane.  Not on mountain corners or heavy traffic.  I usually slow down a bit when taking the photos, but having the photos after a ride makes it all worth the distraction. 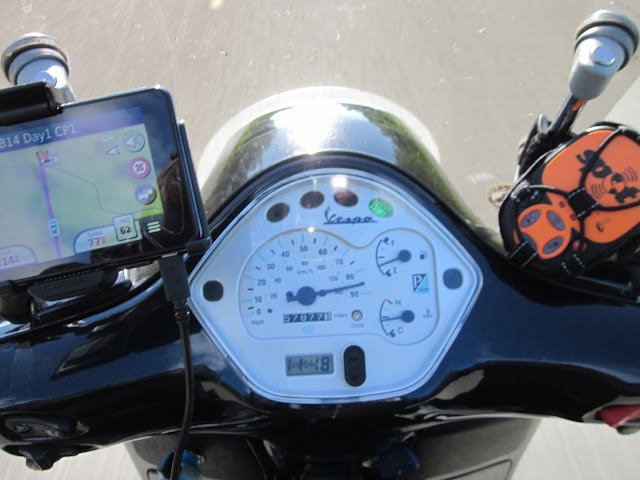 I can take them at any speed. This one at checkpoint 1, day 1 2014 Scooter Cannonball Run. 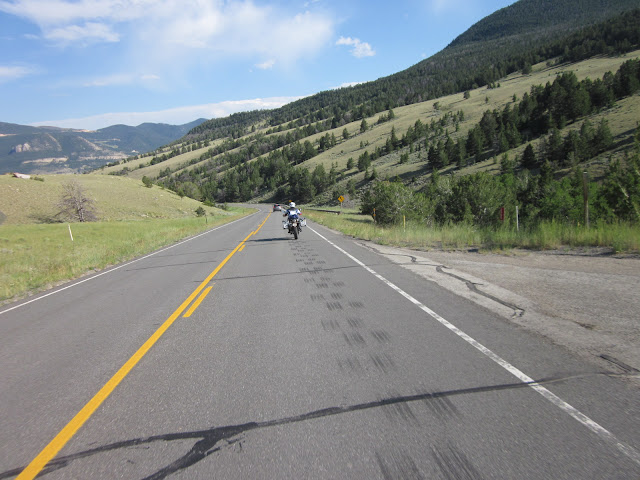 On the Chief Joseph Highway in Wyoming.  Drew leading. 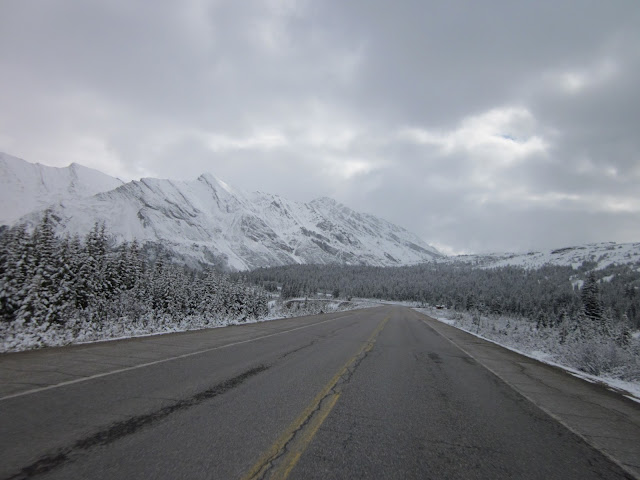 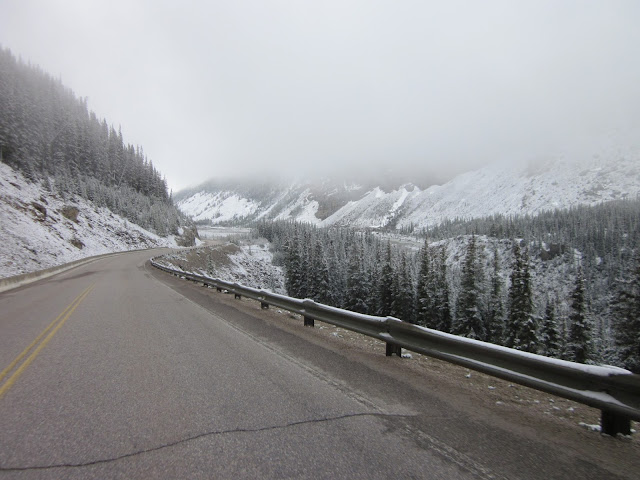 Taking photos this past club ride to Melrose, I was using my new camera with a new lanyard.  It was a bit too loose and was captured in several images.  This even throws off the focus as the camera believes that the lanyard is the subject. 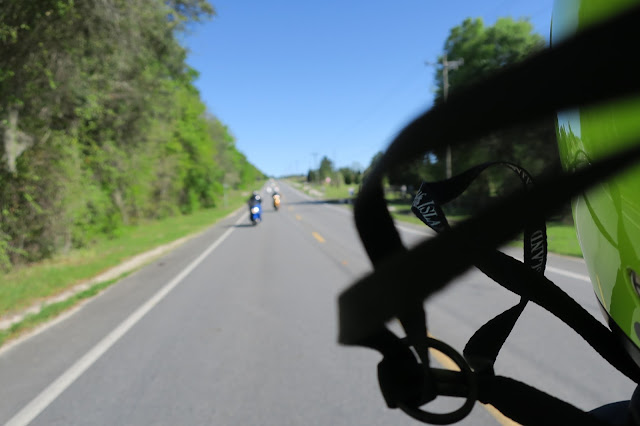 The camera focusing on the lanyard.  I must get a better fit.