I sold the Honda yesterday.  Almost gave it away. 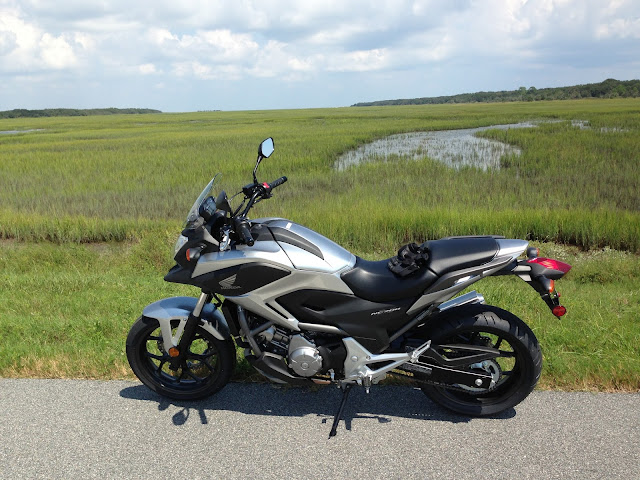 The first ride was to Fernandina Beach.  Here it is on A1A between the Talbot Islands

It was purchased in 2013 with the intent to use it on long rides, especially with my good friend Drew.

This idea came after a wonderful ride with him earlier that year. 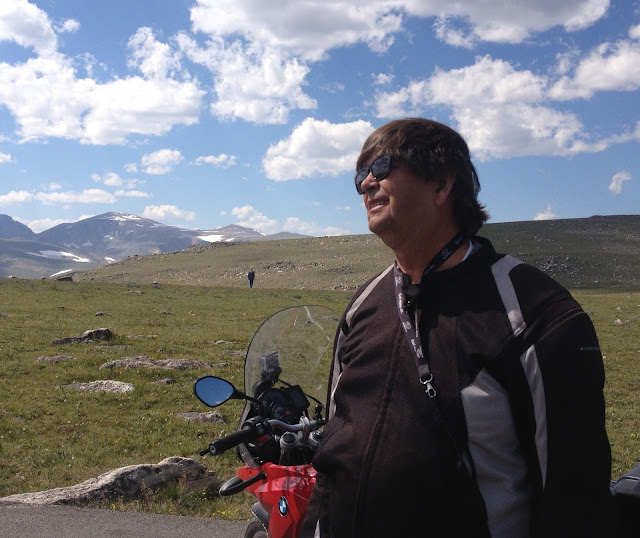 The ride that started it.  This at the Beartooth Pass.

I put 10,000 miles on it the first year, including a huge ride to see Sam.  I met him in Detroit after riding 830 miles the first day from Jacksonville to Columbus, Ohio.

On that leg the big problem reared its ugly head.  Somewhere in North Carolina my butt started hurting.  The bike was not comfortable.  It was great on the highway. plenty fast while being relaxed at almost any speed.  But that seat.

We rode to Chicago where I spent two nights.  Then two days to get home.  2500 miles in five days.

After that it took me to Charleston, the Florida Gulf Coast, St. Petersburg, North Carolina and several other mid length rides.  It was fine for 100 or so miles.

In 2016 I loaned it to Drew so he and his son Sean could take it for another epic ride from Denver to Banff NP in Canada and back.  Sean rode it and could ride all day without difficulty.  Before the ride, Drew bought a new Sargent seat for the bike.  While it looked great, it proved to be no more comfortable than the original.

After that, I rode it to Virginia for the Spring MP3 Gathering to test the seat.  It was uncomfortable.

Riding up, my friend Adrian offered to let me try his Air Hawk seat cushion.  I guess it worked OK.  I gave it back to him, and on the first days ride, and they take all day rides, my butt hurt.  The next day's ride I folded a thick towel to make it better and it helped. 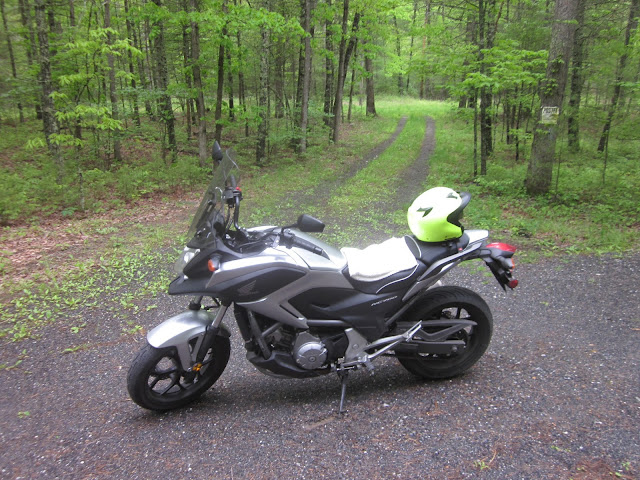 In Virginia with the "Towel Hawk" seat cushion.

For the ride home I bought a beach towel and it didn't work.

When I arrived home I simply wanted to throw the stupid motorcycle on the ground and stomp on it.  It was not comfortable, therefore couldn't be used for its intended purpose.

Over the past year I have been offering it to Drew to purchase.  He and Sean are planning another cool ride from New York to Nova Scotia and back later this summer.  He checked rental costs and found that the cost would be nearly $1,500 to rent a bike up there.  He called to say he would buy the Honda.

Off it goes, finally leaving the garage, where it has been except for an occasional ride to keep it going.

It won't be missed. 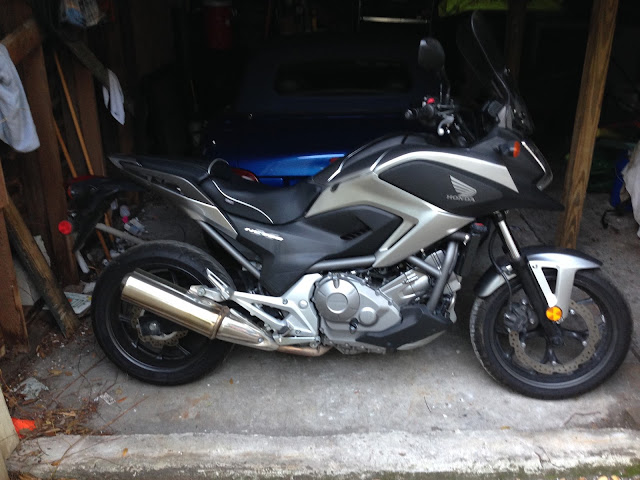 Posted by Bill Leuthold at 8:00 AM