Why I chose Vanessa for the 2016 Scooter Cannonball Run.

At the time, I had three almost identical Vespa GTs in the garage.  Rocket, a 2006 was old with a questionable engine so it was out.

Razzo is technically older, being a 2005 model, but low mileage and nice running.  But it had a rougher idle and engine note.  It also has a nasty wobble at mid speeds, making it less good for taking photos on the fly.

Vanessa had given me many problems over the two years of ownership, but they had all gotten sorted.  After a few successful test runs, she was the choice.

What made me remember is riding her from the Cowart garage yesterday.  Very solid chassis and the smoothest engine of the three.  Not quite as quick as Rocket these days, but 9.5 or 10 gram rollers might be the fix.  She still has a coolant leak, but should make it to the finish. 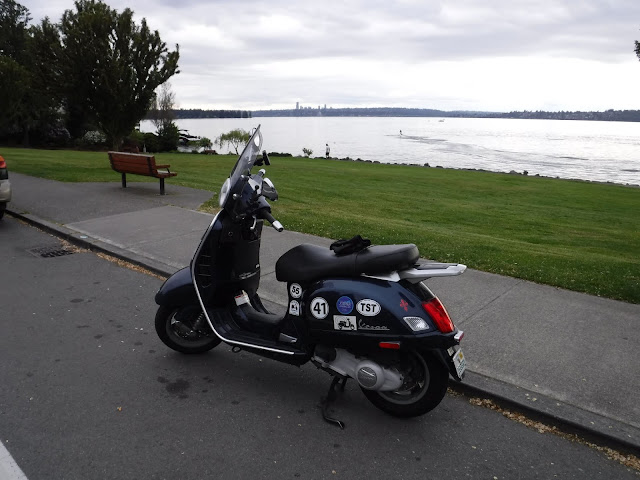