We got a late start on the ride today.  I slept to 7:30 for the first time in ages, then we met Rob and his wife, Nicole, for breakfast downtown.  It was 11:00 before we got underway.

One of the new friends from last night, Heather, strongly suggested we take 6 to Tillamook.  We did and it was a lovely ride.

In Tillamook, we stopped at the Blue Heron and Tillamook cheese stores.  I bought stickers and ice cream at the Tillamook store.

Then we turned south on Oregon 101, running along the Pacific coast for miles, until we came to a stoppage of traffic just south of Newport.  We were told that there was an accident between a motorcycle and car and the motorcyclist died at the scene.  Three people in the car then crashed into a ditch and were trapped in the car.

The police stopped traffic from the accident at around 3:30..  We probably could have found a way around but were told by locals that it was too long to try,

So we backtracked to a local seafood restaurant for an early dinner, thinking we would be back on the road by 6:00.

But traffic remained stopped at 7:00 so we got a hotel and decided to try an early leave tomorrow.

We heard that the road reopened at 8:00. 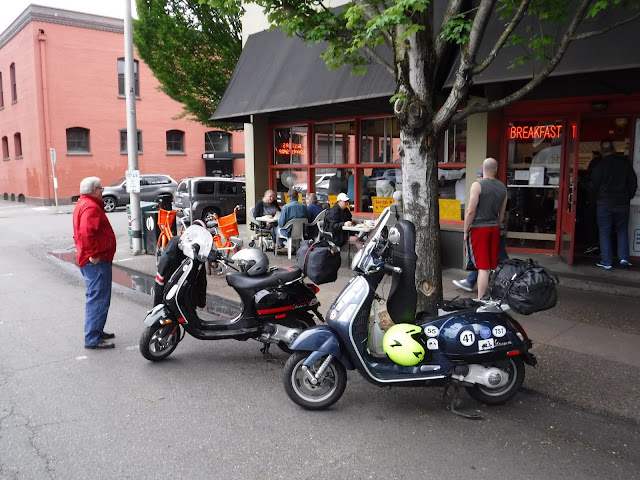 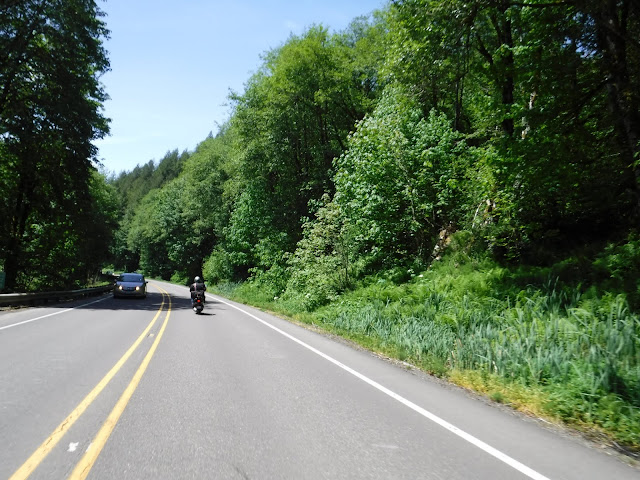 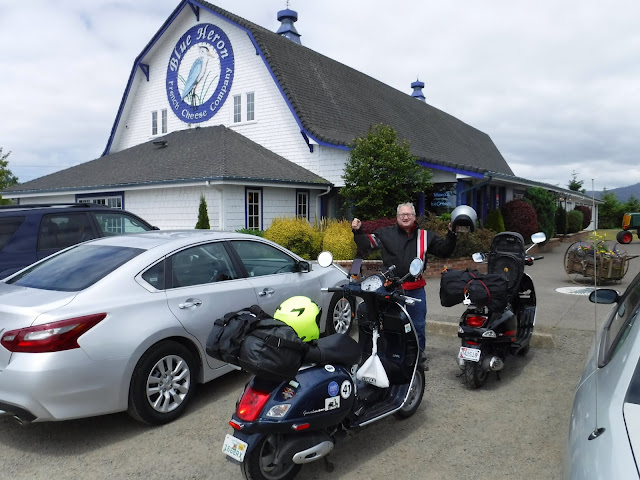 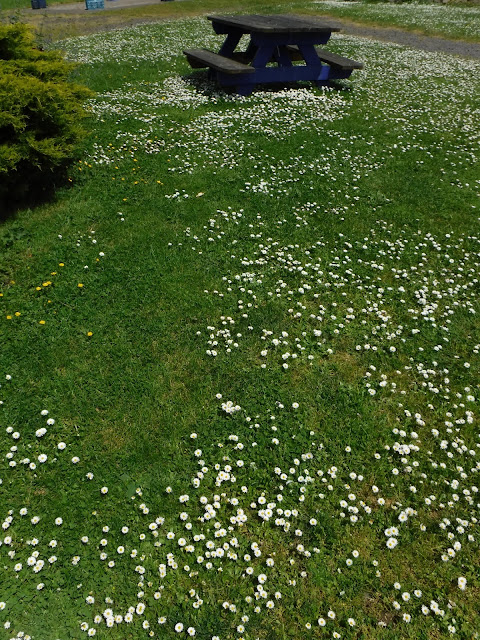 At the Blue Heron picnic area 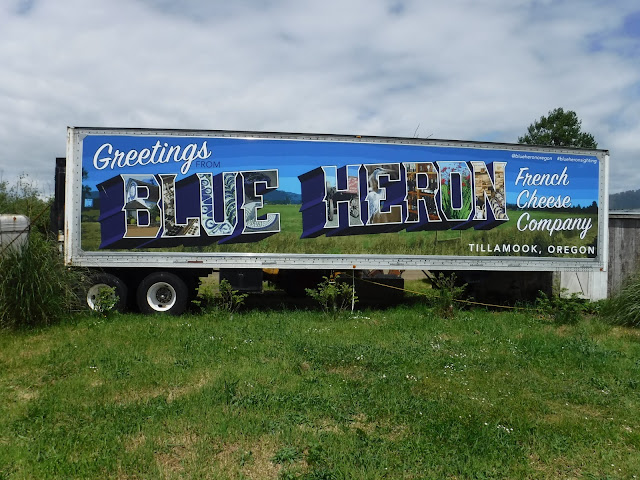 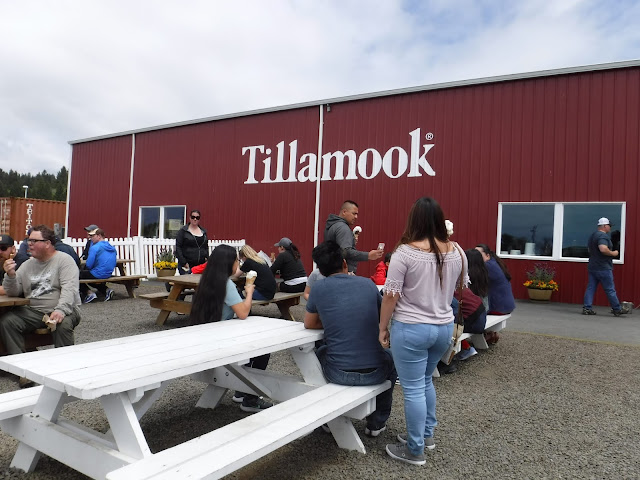 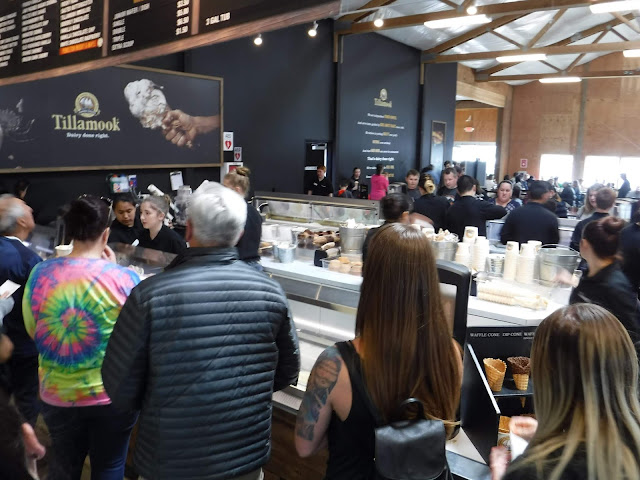 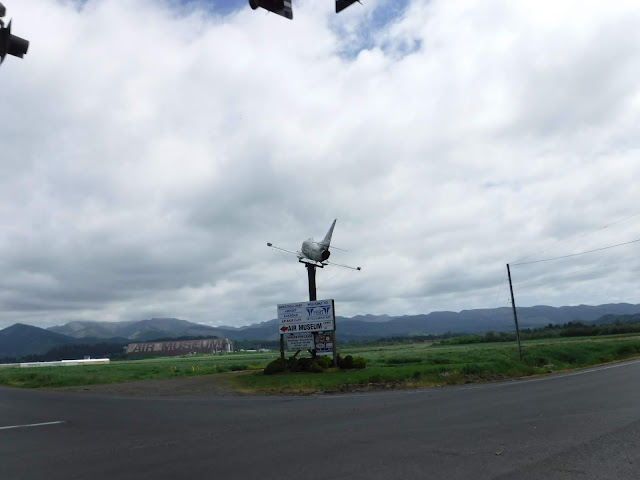 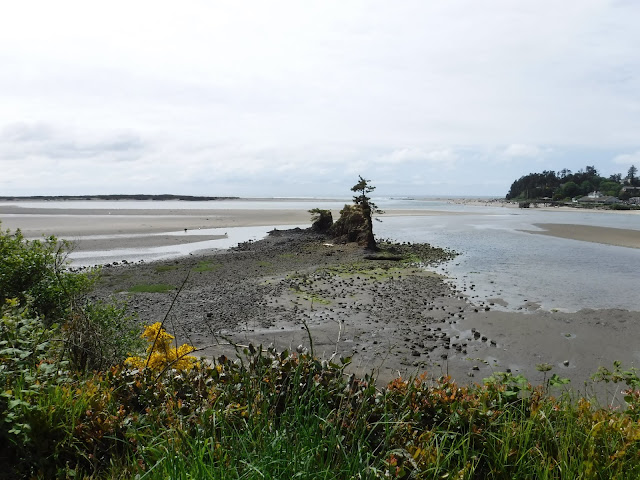 Stop along the Pacific coast 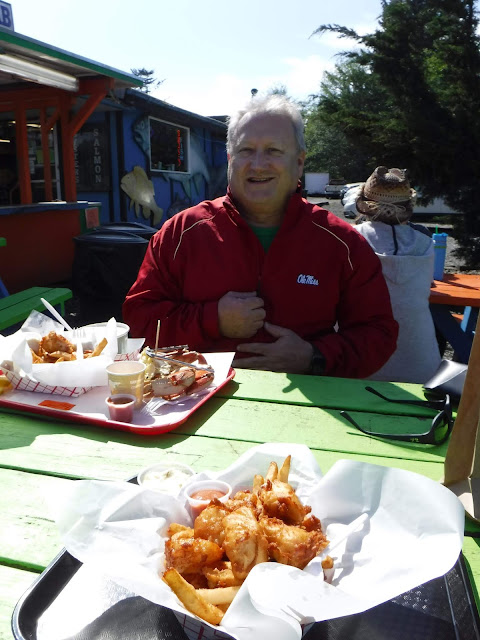 After the traffic stoppage we backtracked for local seafood. 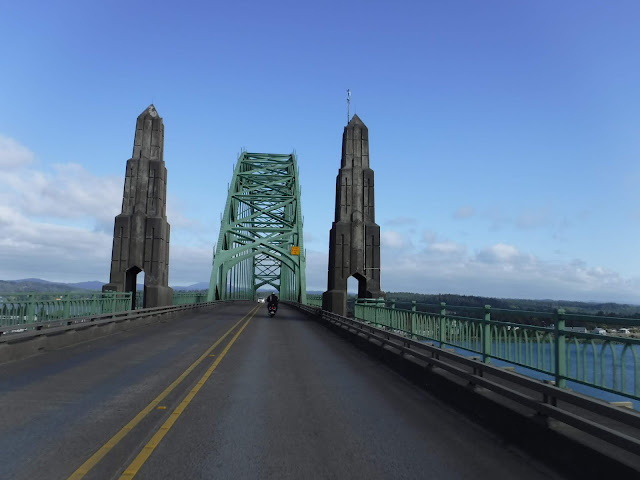 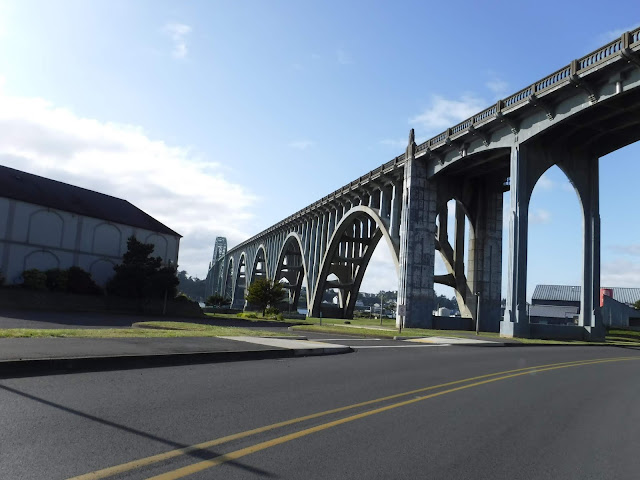 The bridge from below, because we had time to look around. 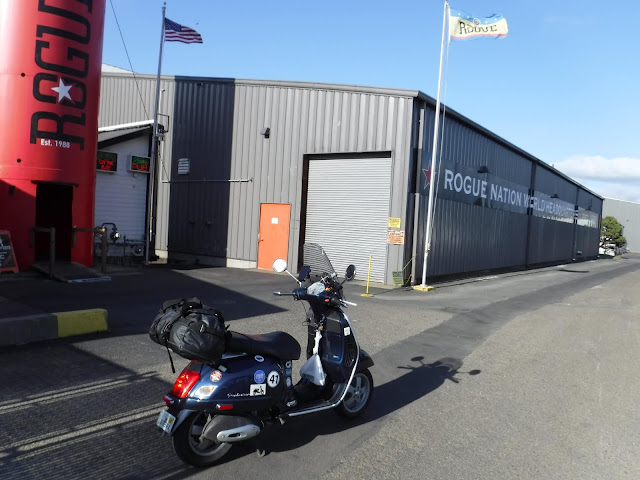 And found the Rogue Beer plant.