Breaking in a Vespa

Mark bought a new-old-stock Vespa 150 Sprint last year at Amerivespa.  It sat under a deck at his brother's house in Redmond since.  It had 6 miles on it.

Mark cleaned the bird crap off of it and off we went.

We left the hotel at around 8:30 with the destination of Portland, where Mark had set up a meeting with several friends from the scooting and high school worlds.

Rain was encountered several times, but never bad enough to stop us.

The intended route initially was to ride near Mt. Rainier and Mt. St. Helens, but it turned out that some of the selected roads were still closed, so we backtracked and took roads parallel with I-5 to keep speeds reasonable for the break in.

It was not an ideal break in already, but around 50 miles out of Portland, Mark noticed that every time he pulled either of the brake levers, the starter engaged.  certainly not something good for the scooter or the ride.  So we decided to head to Vespa Portland while avoiding having to stop by riding on I-5.  Wide open throttle for 50 miles is probably not the best way to break them in,

As we approached the dealership, Mark pulled up beside me to tell me that he had solved the problem.  It was a stuck starter button that he could pull out and stop the starter from engaging.

From there we went back to the hotel, then to dinner at a whiskey bar downtown.  It is owned by fellow scooterist Rob, who joined us for the outstanding dinner and friendship.  He even took us to a rooftop deck in the bar's building where we had a wonderful view of downtown  Portland. 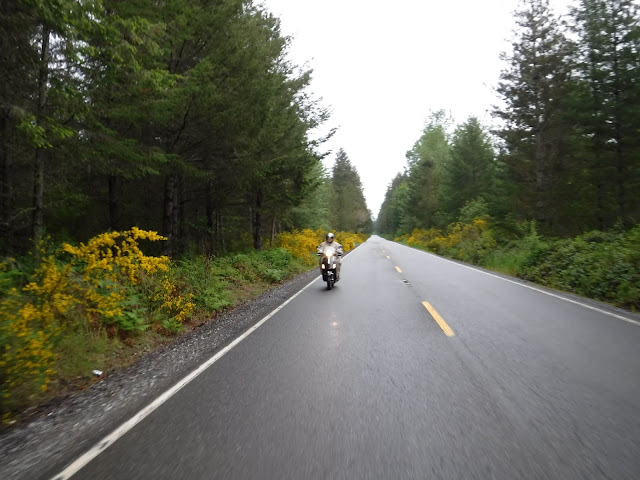 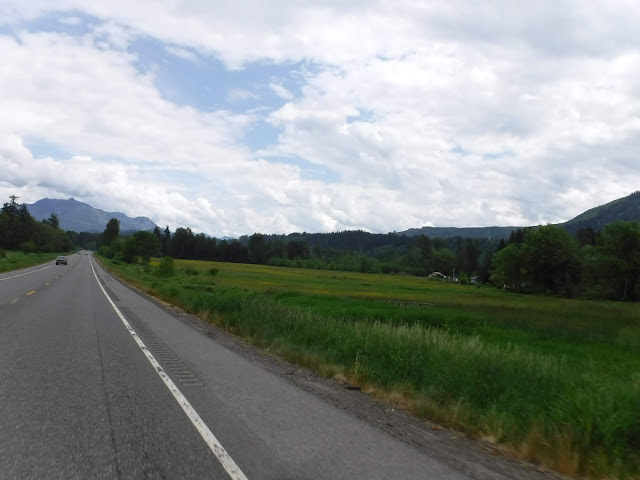 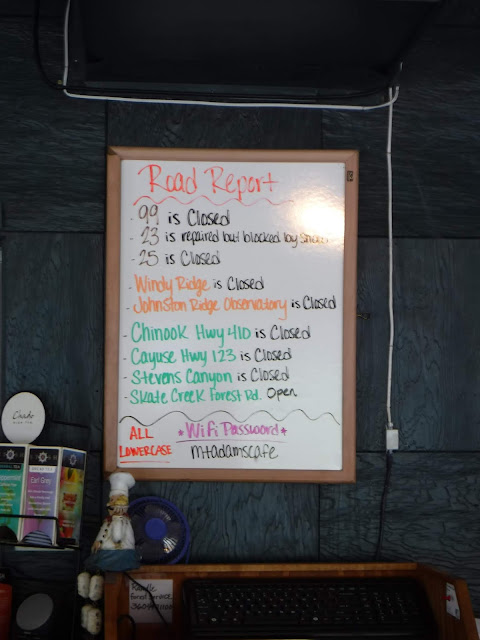 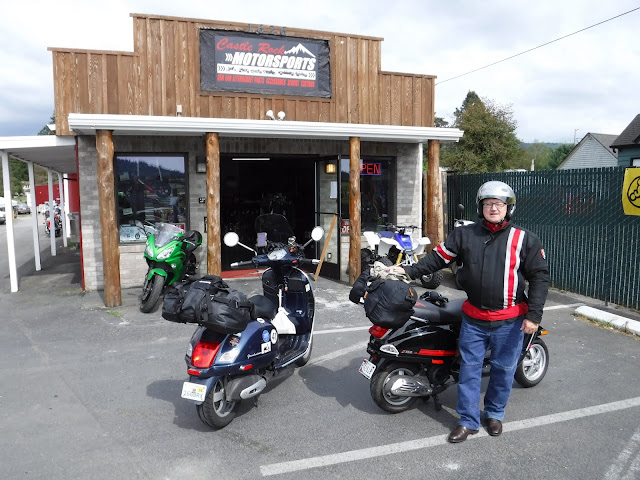 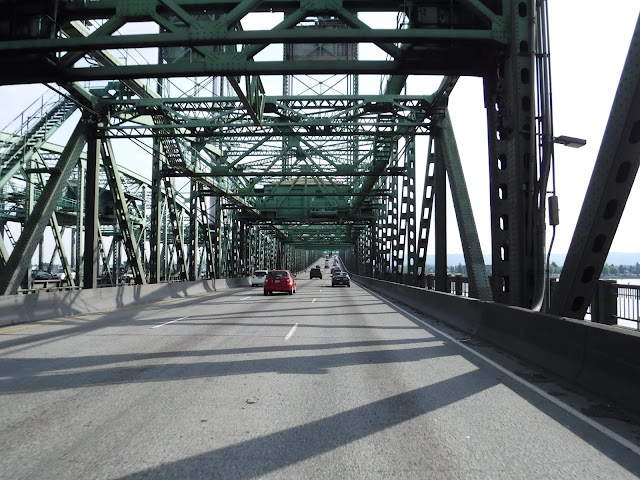 Crossing the river into Portland on I-5 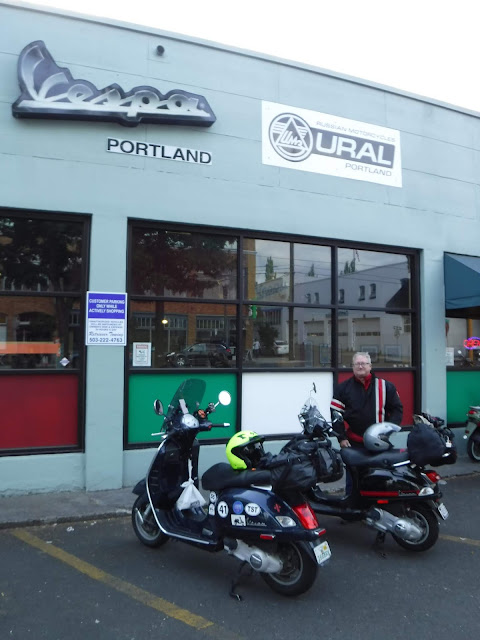 Scooters at Vespa Portland.  Vanessa has a new sticker from the dealership. 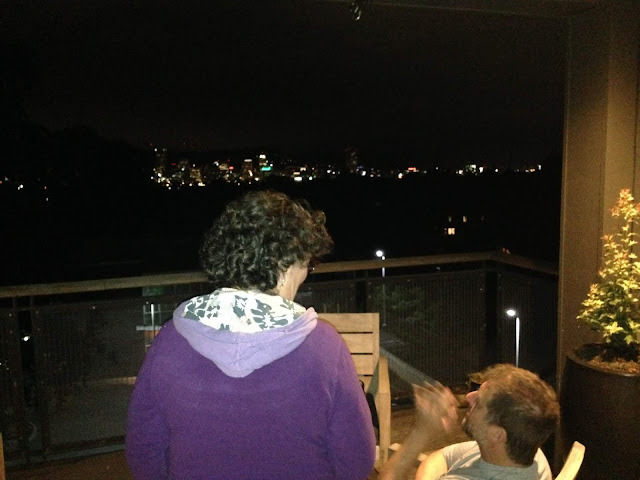 New friends on the roof with downtown Portland in the background