I have been wanting a quality, small camera for some time now.  I mentioned it to Sarah recently and found one that I thought would be a good one.  It is a Canon G9X, a newer model that looks great and has features that make it a great choice. 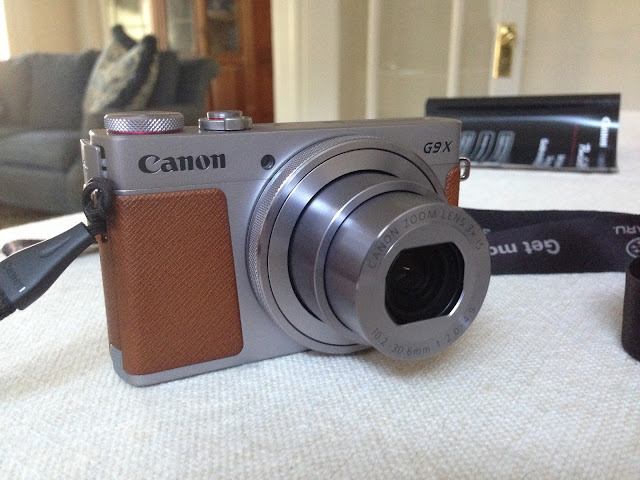 The new camera.  Probably a very good choice.  Has the look of an old Leica.

This morning I got on Rocket with the intent of trying some new photos in the line of Steve Williams wonderful Scooter in the Sticks blog.  So I headed to spots where I thought views and subject matter would make for interesting photos.

By accident, I had turned the controls to a setting where multiple shots are taken with one press of the shutter, where the camera takes from five to as many as twenty shots.  Each of these can be an effect or cropping that the little computer inside the camera decides will turn the photographer into a better one.

My first stop was to the Shops of Avondale, around the corner from our house.  I got a few there. 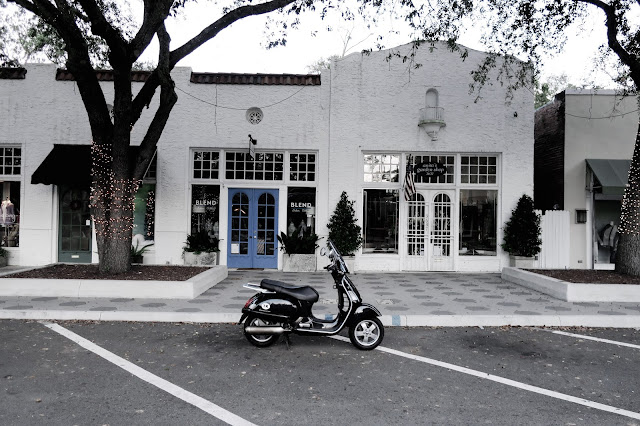 Anita's Garden Store around the corner from home.

Then a half mile down, while passing the Loop in Avondale, I noticed a good view of the river with the sun rising. 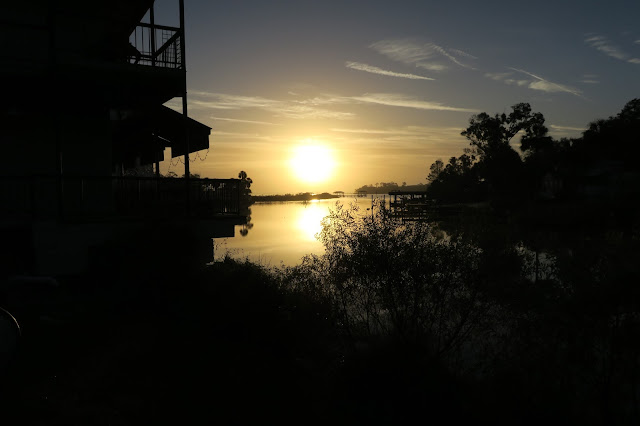 We then traveled to Baker Point where I got a few more with downtown shrouded in fog.  The drawbridge there, and boats in the protected harbor offer nice subject matter too. 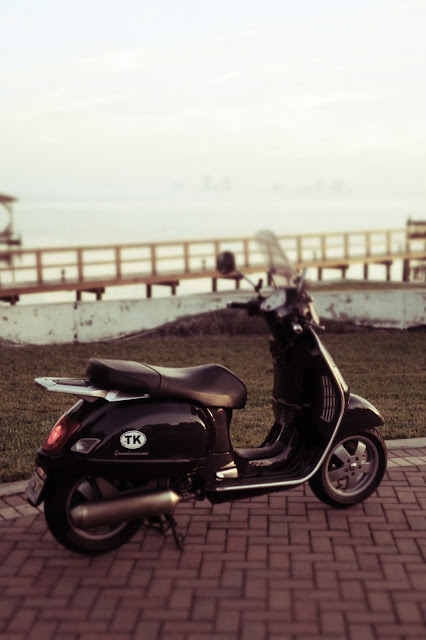 Rocket with downtown in the mist behind. 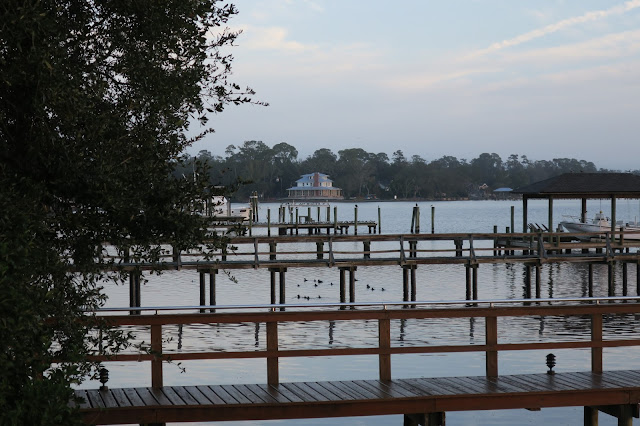 Docks with the River House I designed, under construction in the background. 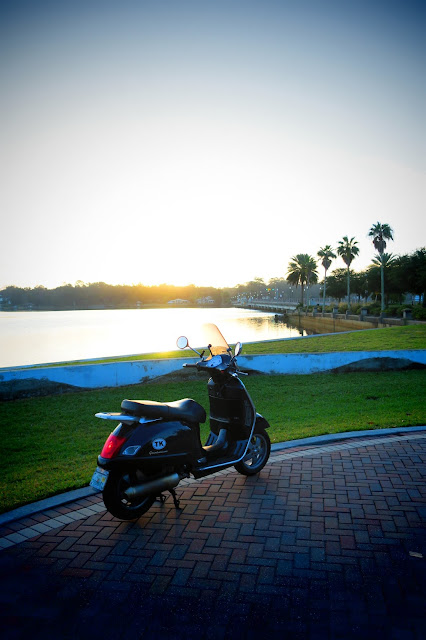 Rocket and the drawbridge. 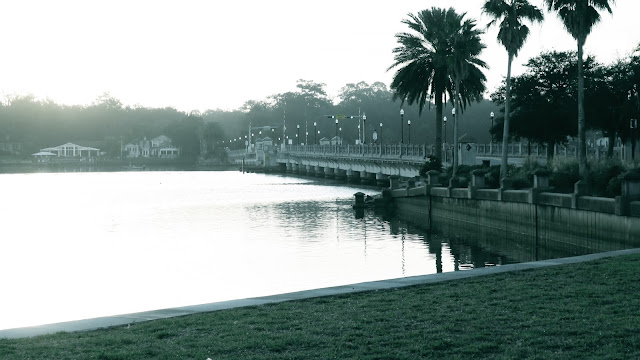 The drawbridge in black and white 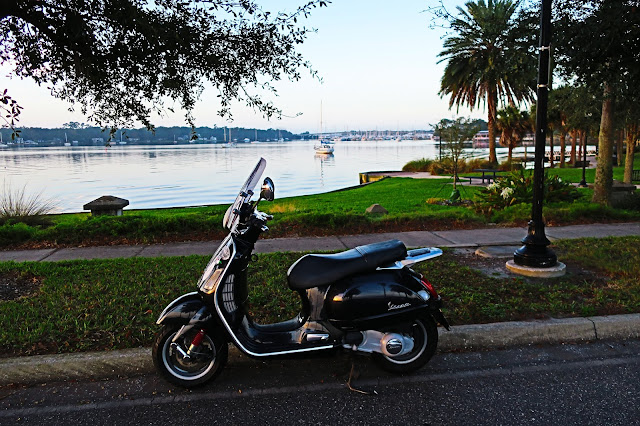 Rocket with boats moored in the Ortega River.


I then headed down Ortega Boulevard, where I found a couple of my projects to work as background for a couple of more shots. 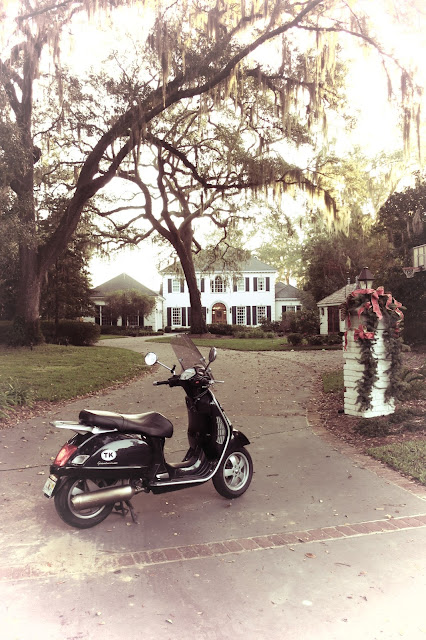 A house I designed fifteen years ago, then renovated last year. 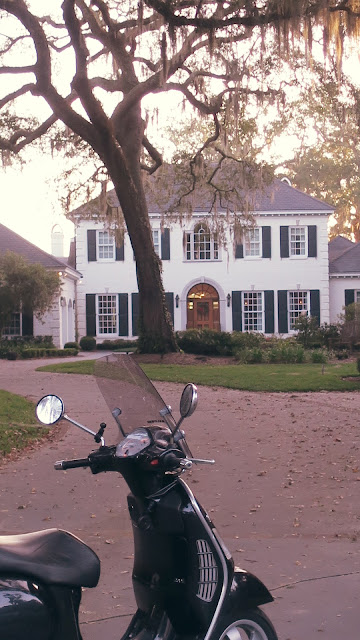 Another choice of the camera among many. 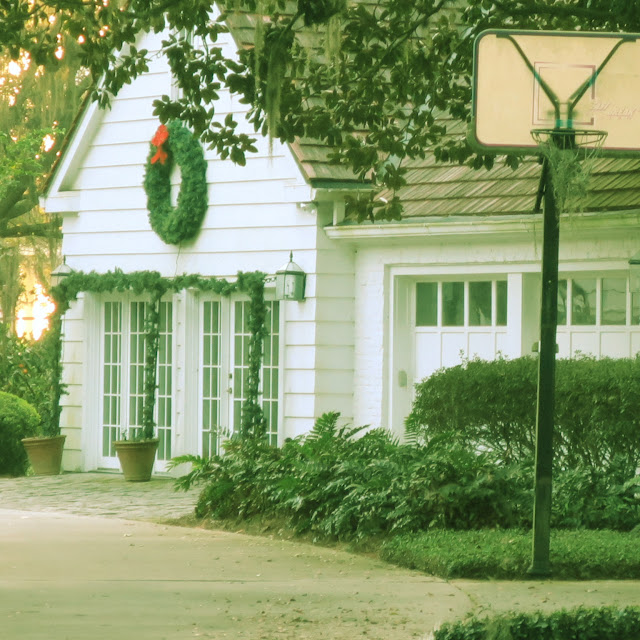 A garage I designed thirty years ago.  It held Ferraris at the time.  Now appears to be used as a garden house.  Another effect created by the camera, this one zoomed in with a watercolor type filter.

Downtown was my next destination, where I found a great view from the exit ramp to Forest Boulevard.  There, one of the camera's selections was the coolest lighting on Rocket's rear, making a great photograph. 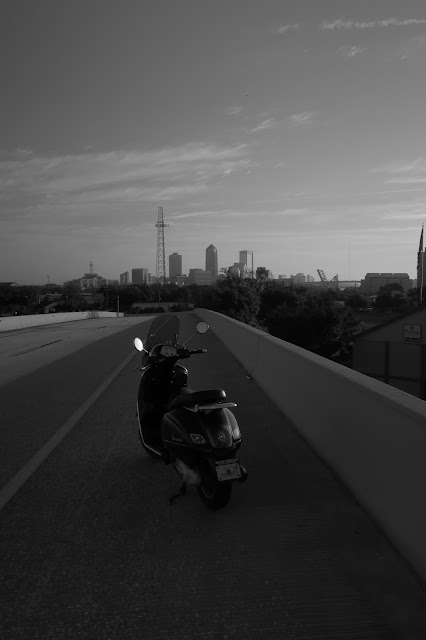 Stopped on an off ramp.  This is a black and white version of the photo.... 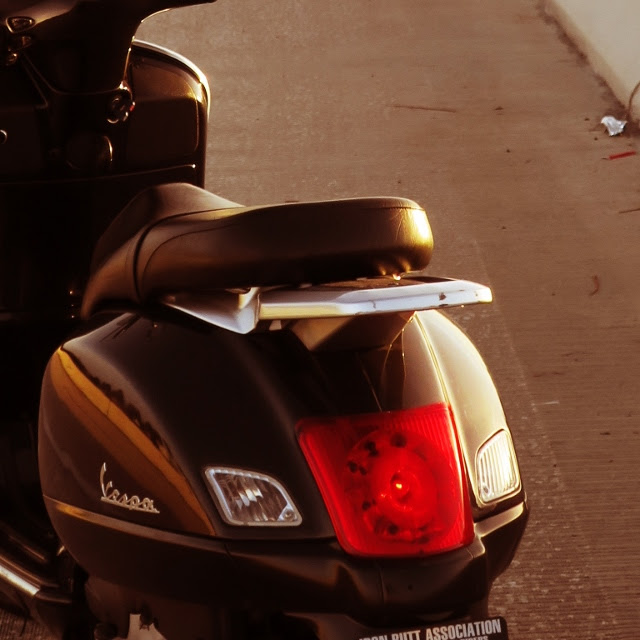 And the camera gave me this one too.  Rocket never looked better than bathed in this light.

I got downtown, where there were more opportunities at the new, horrific courthouse and along Laura Street and Hemming Park. 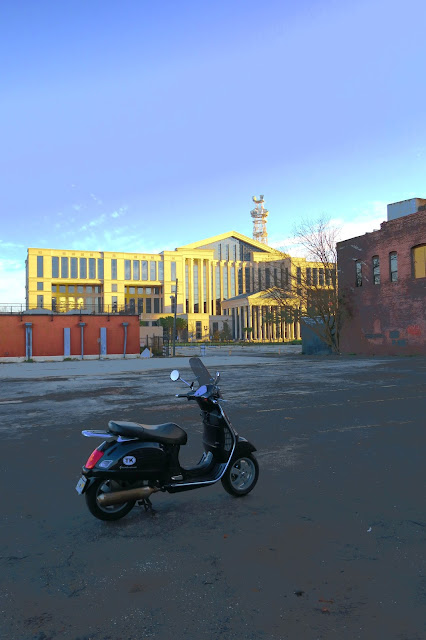 Duval County Courthouse from one of the empty parking lots in the area. 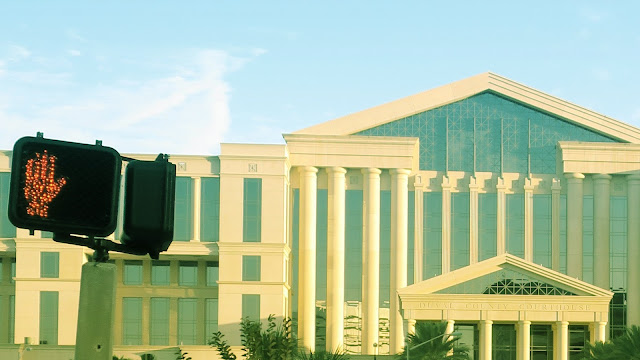 The courthouse in one of the selections made by the camera.... 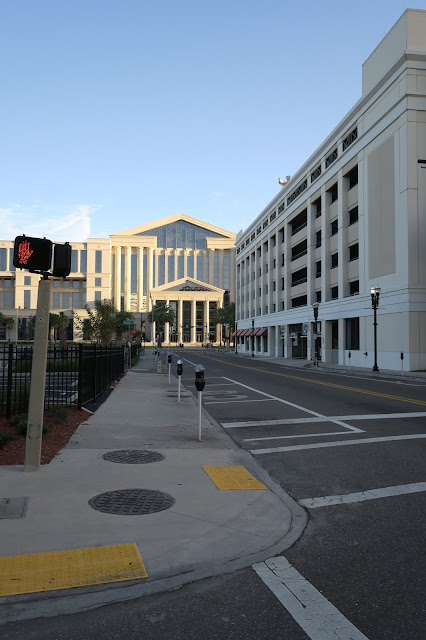 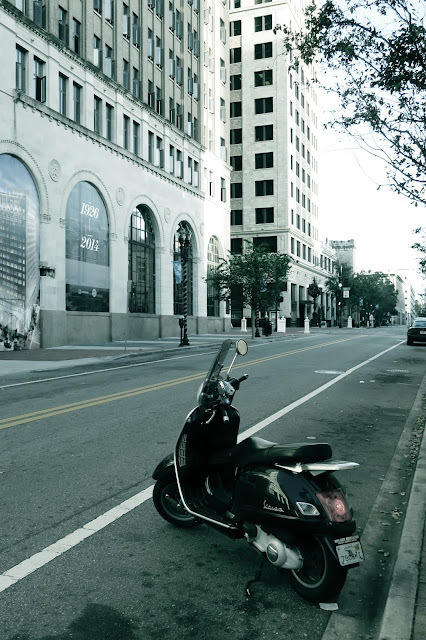 Laura Street with the Barnett Bank and Greenleaf Crosby buildings in the background. 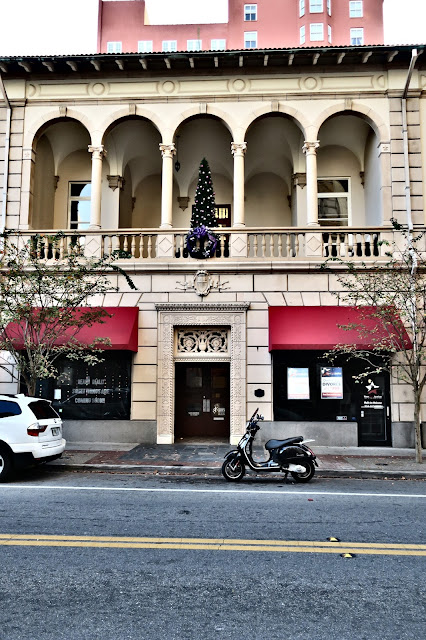 Rocket in front of one of my favorite buildings on Laura Street. 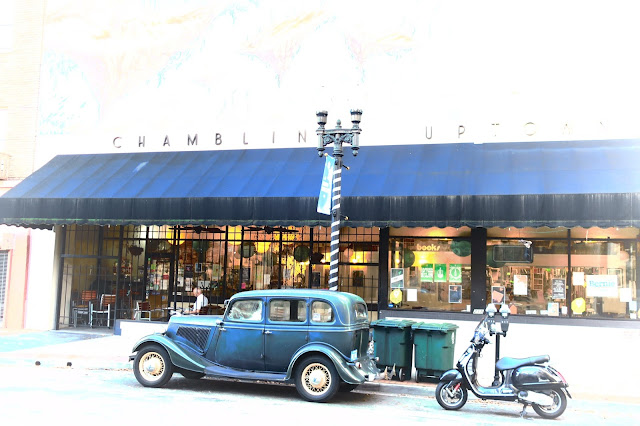 Old car and Rocket in front of Chamblins Bookstore. 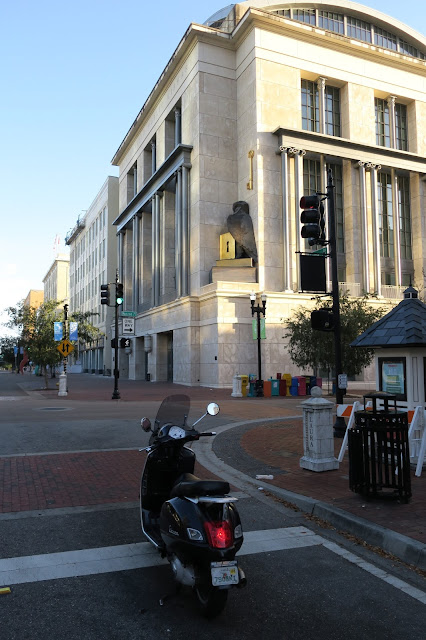 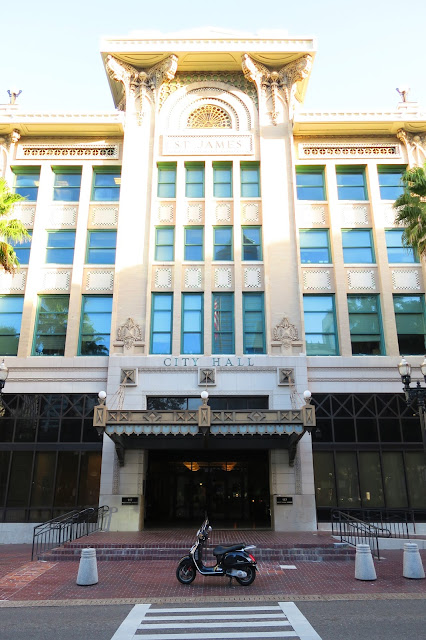 
I must say that the photo quality and variety afforded by this camera is awesome.  I can't wait to truly learn to take advantage of having such a good one.
Posted by Bill Leuthold at 10:12 AM