Without Old As Dirt attending, leading the routes was left for Fuzzy on his Kawasaki Versus 300. It was somewhat of a test for him as he is going to Alaska on it in two weeks.

He chose the Blue Ridge Parkway with the access nearby.

These shots are from the morning ride where we encountered fog and a lttle rain later in the day.

7 hours and over 200 miles of beautiful riding.

Max says it is getting 95 mpg on these rides. I will be able to verify on the next fill up. The fueling today had 70 miles of highway, but still got over 80 mpg. 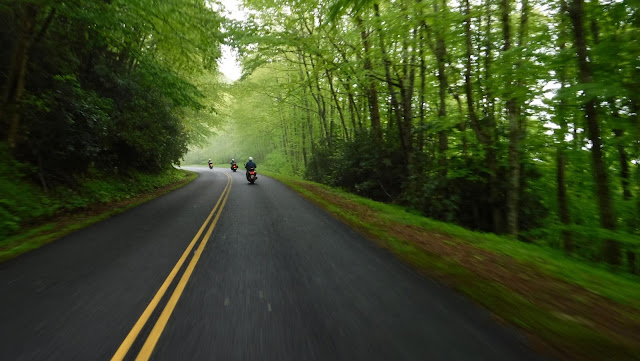 Early morning it was wet from the even earlier morning rains. 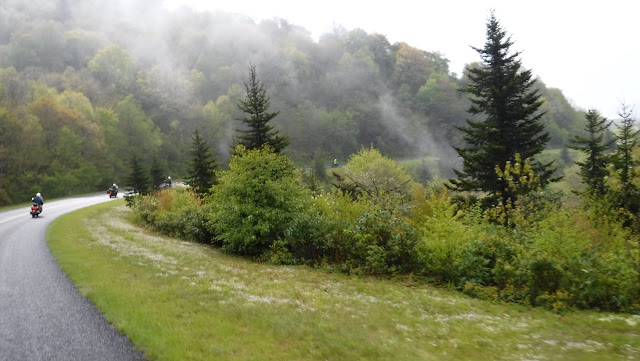 Still a mist in the air. 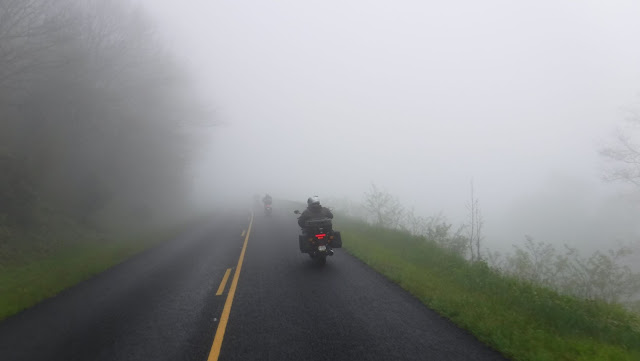 We would round a bend and find thick fog. 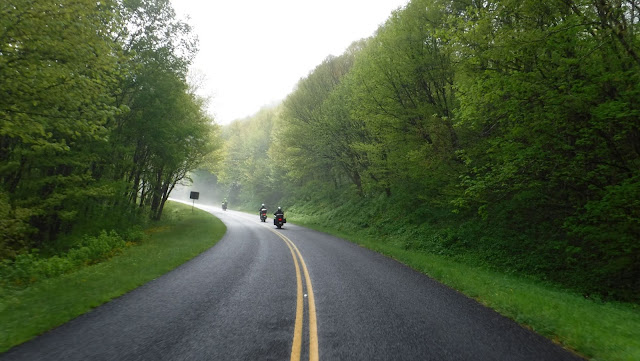 Getting dryer as we approached lunchtime. More later.
Posted by Bill Leuthold at 4:06 PM